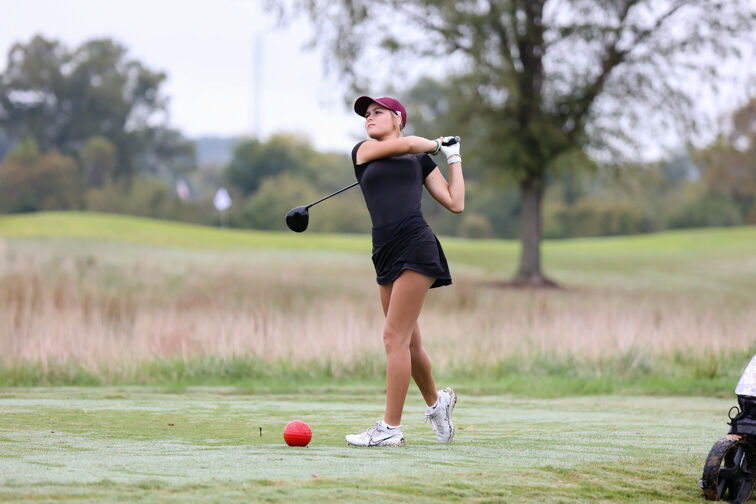 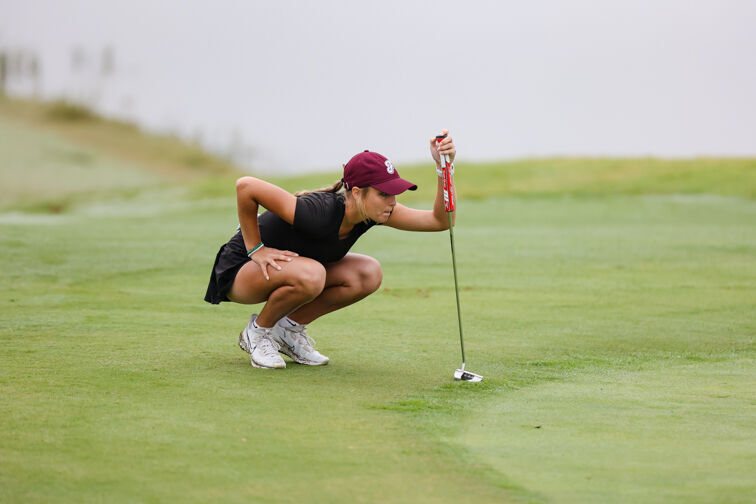 Sophia DiPaolo suffered a quadruple bogey on the 12th hole during the first round of the state tournament.

That would have caused a meltdown for many golfers.

“I just went from 3 under to 1 over in one hole, so I was like not happy,” DiPaolo said.

“Coach came and talked to me and he was like you’re the best one out here,” DiPaolo said. “You’re gonna get right back to where you were. I played a little more aggressive.”

Whipple also gave her some Fruit Snacks, which she says have been “birdie fuel” for her since the district tournament.

“After that hole, I was just like ok, shut up, move on, forget about it, you’ve got however-many holes left because my mental game has been something I’ve struggled with a lot in the past,” DiPaolo said.

She’s learned that dwelling on a bad hole can ruin the present hole.

DiPaolo further redeemed herself with a birdie on the 12th hole Tuesday after she used a wedge from 80 yards away to land within 4 feet of the hole for her best shot of the tournament.

She went 4 under for 36 holes, the third-best score in state tournament history.

“Next year, my goal is to set the new record,” DiPaolo said.

Summertown’s Karlie Campbell and Gordonsville’s Sophie Linder both shot 8-under 132 totals this year to break the record of 134 set by St. Agnes’ Rachel Heck in 2016.

DiPaolo’s short game vaulted her to the first girls state championship at Franklin since Lynda Wimberly repeated as champion in 1977.

“You can hit the ball far or whatever, but if your wedges and short game aren’t dialed in, then you can’t shoot good,” DiPaolo said. “I’ve worked on my wedges so much, so getting it closer to the hole helped out a lot from shorter shots.”

DiPaolo finished four strokes ahead of 2019 champion Lynn Lim, a Vanderbilt commit, and Cleveland’s Hannah Nall, who both shot par-140.

Lim and DiPaolo played in the same foursome both rounds.

“Getting to play with someone that’s on that level is really good because you don’t play with a lot of people who are that good usually,” DiPaolo said. “A lot of things, I feel like, in our game are similar.”

DiPaolo recorded 13 birdies and went 5 under on four par-5 holes.

She learned the game from her dad, Nick, who is her swing coach.

Her older sister, Olivia, is a junior on Lipscomb University’s golf team.

Sophia, whose nine-hole average was 35.8 this season, has been playing since she was 4.

She has interest from Middle Tennessee, Louisville, Texas A&M-Corpus Christi and Florida Atlantic so far, though Mississippi State and several other schools are starting to show more interest in the wake of her state title.

DiPaolo swept the district and region title on the way to the state tournament.

She tied for sixth at state last year and took 17th as a freshman.

“There’s really not much on the course she can’t do,” Whipple said. “I think the one thing that’s grown in her game is probably just the consistency. She has a confidence to know that if she has a bad hole that she can go out and get those strokes back later in the rounds.”