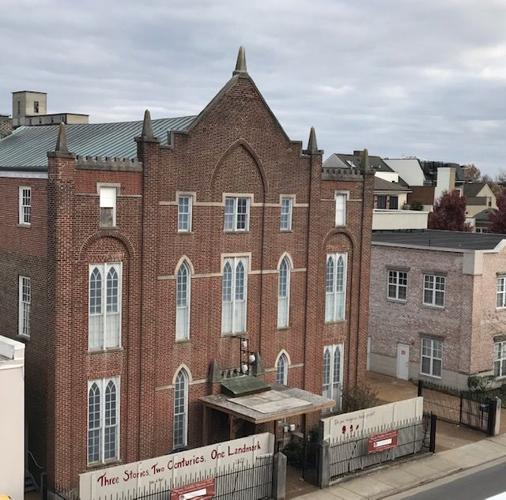 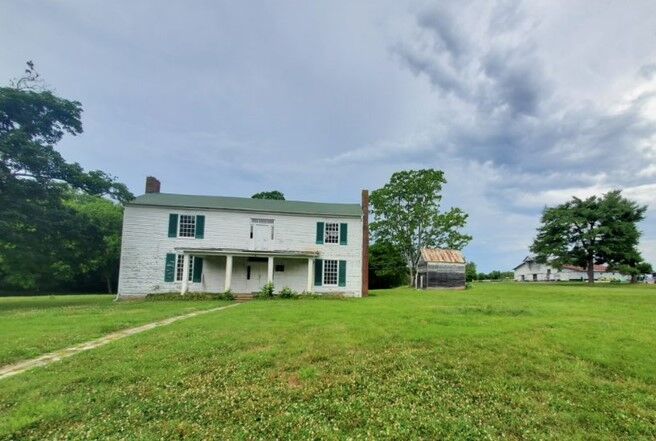 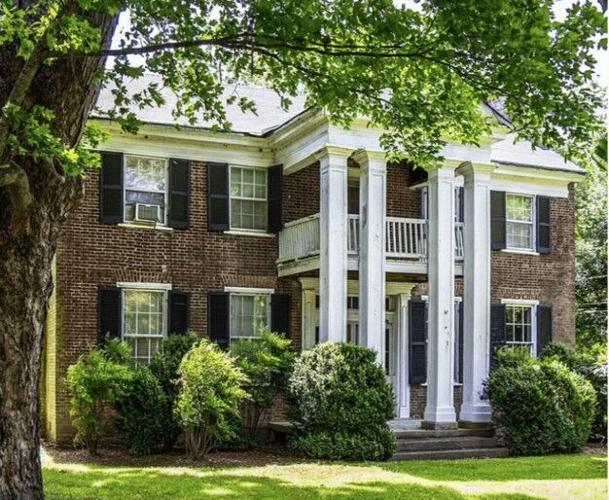 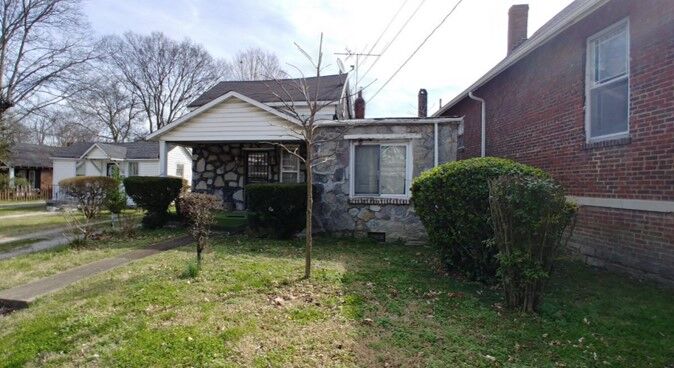 During its recent fifth annual Preservation Symposium, the Heritage Foundation of Williamson County announced the properties considered to be the most at risk in the county and efforts to help preserve them.

The nonprofit’s preservation advocacy program, Sites to Save, is designed as a tool to help the community partner with the Heritage Foundation in its efforts to raise awareness of Williamson County’s significant at-risk historic, cultural, geographical and archaeological resources. These resources may include buildings, structures, cemeteries, historic districts, archaeological sites, natural and cultural landscapes.

“To build on fulfilling our mission of saving and sharing historically rich places and stories throughout our entire county, we are proud to continue our Sites to Save program for a second year,” Heritage Foundation President and CEO Bari Beasley said in a press release. “This year’s list includes sites from the 2021 Sites to Watch list as well as large historical corridors facing rapid development.

“Historic preservation has long been important in Williamson County and its cities, and our organization values the necessity in drawing attention to these areas to ensure both progress and heritage are harnessed in tandem responsibly for future generations to enjoy.”

Properties will remain on the list each year until the threat is lessened or the property is preserved. The primary benefit of the endangered list is public awareness, advocacy and action.

The properties on the 2022 Sites to Save list are:

The Historic Franklin Masonic Hall is the earliest Gothic Revival architecturally known building standing in the state of Tennessee. Originally constructed in 1823, it is still owned by Hiram Masonic Lodge No. 7, the oldest occupying lodge (fraternity) in Tennessee. Recognized by the U.S. Department of the Interior as a National Historic Landmark, it is the oldest three-story building in Franklin. It is nationally significant as the site of negotiations for the Treaty of Franklin in August 1830 between President Andrew Jackson’s administration and nearly two dozen Chickasaw leaders.

During the Civil War, the Hall was formally occupied by the U.S. Army from 1863 to 1865 including the United States Colored Troops. Over the course of several years, the Hall became an army barracks, a quartermaster’s office and a hospital following the Battle of Franklin. Today, graffitied names of soldiers once stationed there adorn its walls.

Previously named to the Ten in Tennessee Most Endangered Places List by the Tennessee Preservation Trust in 2016, the site is still under threat from development. Plans exist to place seven large residences on 13 acres of land fronting Vaughn Road.

The Burns Farm and House on Patton Road is the last functioning rural farm with a historic house in the fast-developing Triune area. The two-story vernacular farmhouse was built ca 1900 and may contain an original log structure from the early 1880s.

Threatened by development, the farmhouse has the potential to help retain the rural character of the community and serve as an anchor for tourism. It has multimodal trails and meets the requirements of the Triune Special Area Plan adopted by Williamson County in 2007 as part of its Comprehensive Land Use Plan.

The Natchez Street Historic District, a National Register District listed for its African American ethnic and cultural heritage, is in danger of losing its historic integrity from the rapid development pressures in Franklin. The Natchez Street Historic District, unlike Franklin’s four other National Registered Districts, is not within the Franklin Historic Preservation Overlay.

Currently, new development and demolition are expanding in and around the district, placing significant pressures on this historic neighborhood.

The Gaylor House, originally built ca 1900, is a contributing structure to the Nachez Street Historic District in Franklin. From 1956 to 1961, the Gaylor home at 253 Nachez Street was the only Franklin listing in the historic Negro Travelers’ Green Book. Providing a list of safe accommodations and restaurants for African American travelers, The Green Book was a life-saving tool during a time when they were banned from many establishments.

The Gaylor home was first identified as extant during a 2017-18 survey of Tennessee’s Green Book properties by preservationists at MTSU’s Center for Historic Preservation, New South Associates and the University of Tennessee at Chattanooga.

The home and others now have wider appreciation following the Oscar-winning movie, Green Book (2019). Today it is owned by the Shorter Chapel AME and is slated to be used as a community center; however, the structure has significant water damage and structural issues.

The Creekside home was built in 1835, according to the Tennessee Historical Commission. A developer is proposing construction of a residential neighborhood at this gateway to downtown Franklin, on both sides of Franklin Road, with 33 single-family homes and 32 multiplex buildings, each of which would contain four apartments.

Creekside was the home of descendants of John B. McEwen, who was mayor of Franklin during the Civil War. The property was heavily occupied by multiple U.S. Army regiments and was a part of the 1864 Middle Tennessee Campaign.

Located at the crossroads of Carter Creek Pike and Southall Road, Beard’s Grocery & Market, a ca. 1900 building, has been a general store since around 1945. The crossroads has long been a community hub. Peter and Sue Scruggs, formally enslaved, operated a blacksmith shop on the property, and later, a Standard Oil gas station occupied the spot.

In 1947, Richard and Lera Beard placed their name on the store with Lera leaving the store in 1986. Operating as Halfway Market, the longtime store closed in June 2019. The store is in repairable condition but is experiencing road widening, a new traffic signal, altered drainage and the reduction of the land around the former community hub.

The Frierson-Voorhies Cemetery is the final physical reminder of the once thriving African American Hardscuffle community in Brentwood. Hardscuffle, founded just after the Civil War by formerly enslaved people, began to decline after community members sold their property during the construction of the nearby Interstate 65. Without its community and ownership unclear, the cemetery has become neglected.

The Daniel McMahon house is a two-story frame and log residence located on the Franklin First United Methodist Church property near Franklin Road and Mack Hatcher.

This home, added to the National Register in 1988, started around 1812 as a sprawling farm owned by one of the county's earliest settlers, Revolutionary War veteran Daniel McMahon. The house, long neglected, suffers from water damage, mold and other issues.

For each of the sites on the list, staff at the Heritage Foundation of Williamson County plan to:

"For fifty-five years and counting, the Heritage Foundation has continued to advocate for the preservation of our historic and cultural resources,” said Rachael Finch, senior director of Preservation and Education. “This year's list demonstrates the diverse history of Williamson County and the ongoing development realities facing many of our resources.

“From connections to early pioneer settlers of the county at the Daniel McMahon house to American Indian Removal negotiations at the Historic Franklin Masonic Hall to the legacy of the Jim Crow laws and the Civil Rights movement at the Gaylor House, a Green Book site, represent tangible connections to our collective past that if lost, would result in irreplaceable community assets that tell a full story.

“Being included on the Heritage Foundation's Sites to Save list can have a deep and lasting influence on bringing organizations and individuals together to take a forward solution-based approach to advocate for saving the places and stories of our county."

In addition to the Sites to Save, the Heritage Foundation has also compiled an “honorable mention” list of Sites to Watch, which are locations that are not in imminent danger of demolition but are on the radar to be monitored because of uncertain funding resources or threat of development. They include:

Two sites from the 2021 Sites to Save list (Merrill-Williams House, Natchez Trace in Franklin; and the Williamson Iron Works located along Caney Fork Road in Fairview) have subsequently been saved through preservation advocacy and community-led support.

Click here to learn more about the sites and how to get involved. Announcement of the 2022 Sites to Save coincides with National Preservation Month, a time to engage with and show appreciation for the places cherished throughout the nation.

To donate to the Foundation’s preservation efforts, including supporting the Sites to Save program, visit www.WilliamsonHeritage.org/Donate.