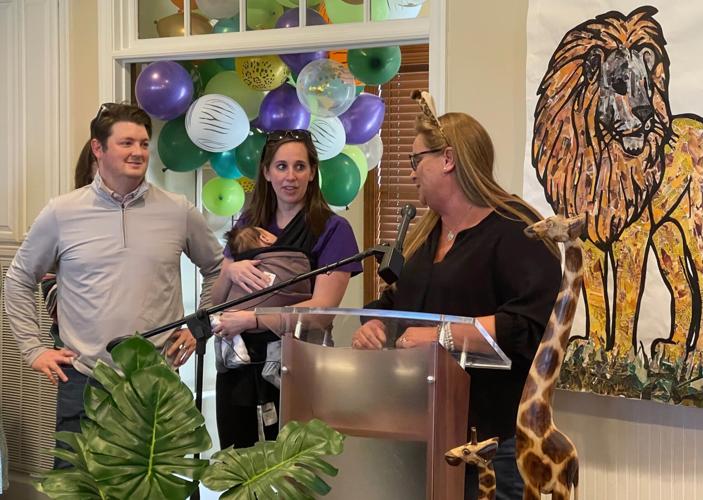 Franklin Alderman Brandy Blanton with her daughter and son-in-law, Samantha and Brandon Castro 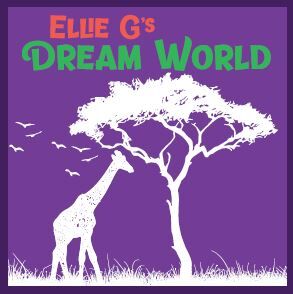 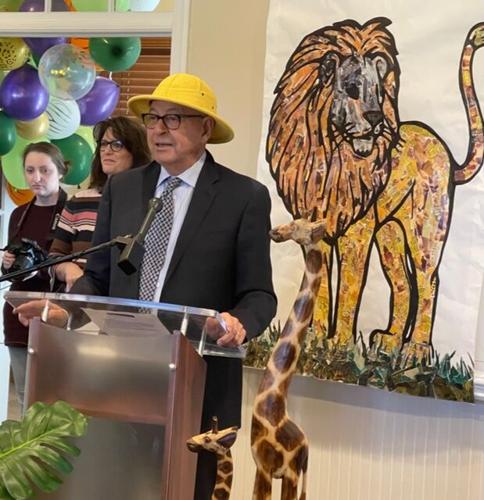 Even before the official fundraising campaign kicked off Tuesday for the city of Franklin’s proposed inclusive playground known as Ellie G’s Dream World, funds were already being raised.

With a goal of reaching $1.5 million through donations large and small from the community, a significant total of $170,000 has been added to the till.

The plan is for the city of Franklin to match what individuals and organizations give and, therefore, provide the $3 million needed to build the park that will sit on 3 acres of the planned Southeast Municipal Complex located on Carothers Parkway in east Franklin.

“I want to remind everyone this is a community project, a community fundraiser,” Torrey Barnhill, executive director for Friends of Franklin Parks, said during Tuesday afternoon’s kickoff at Eastern Flank Battlefield Park. “Everybody’s a friend of this park, and there are so many ways to get engaged.”

The park’s name is in memory of Elliot Grace (“Ellie G”) Castro, daughter of Franklin residents Samantha and Brandon Castro and granddaughter of Alderman Brandy Blanton. Ellie G was born with an extremely rare genetic disorder related to dwarfism known as rhizomelic chondrodysplasia punctate (RCDP). Her life expectancy was less than a year, but she lived to the age of 4 before dying in September 2019 and leaving a lasting legacy.

“It was a no-brainer when the inclusive playground idea came forward, and [considering] the impact this child had on this community,” Franklin Parks Director Lisa Clayton said of the decision to name the park after Elli G. “And so, not only will her memory be remembered and we’re going to change the way we play, this inclusive playground is going to change how people play for generations."

The board and staff of Franklin Tomorrow and its executive director, Mindy Tate, began studying the idea for an inclusive playground about 10 years ago, according to Clayton. As the city has grown over the years since, the urgency for such a park has become even greater.

“We’re a rapidly growing city, and whenever you’re growing rapidly like we are, many of the services that we provide grow at the same time,” said Franklin Mayor Ken Moore, donning a yellow pith helmet in keeping with the jungle theme the park will adopt. “And we’ve identified more and more needs in our community, and one of the needs we’ve identified for a very long time is the opportunity to have a playground where everyone can play.”

Ellie G’s Dream World, which will be designed for two specific phases, will be a highly visible park within the planned Southeast Municipal Complex. Phase One includes the play structures and park amenities along with a pavilion and plenty of shade structures throughout.

A future phase will include an outdoor fitness area and amphitheater. The inclusive playground will have fully accessible restrooms with built-in baby changing stations, as well as dedicated men’s and women’s change rooms equipped with built-in changing tables that can accommodate larger children, teens or adults. In addition to these facilities, there will be a mother’s nursing room.

To donate, text the word “inclusive” to 615-551-4465 or email [email protected] for sponsorship opportunities.

For more information or to stay up to date on the playground’s progress, follow the campaign using #ChangeTheWayWePlay or follow @friendsoffranklinparks on social media.