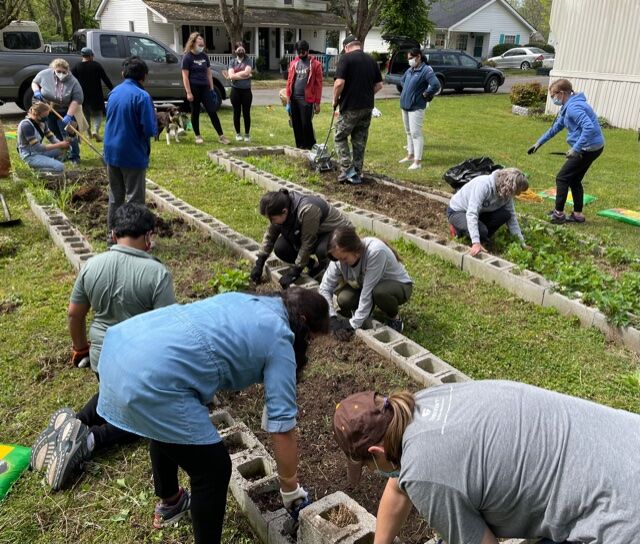 Several residents and volunteers pitched in to help bring back the Hard Bargain neighborhood's community garden one Saturday in April. 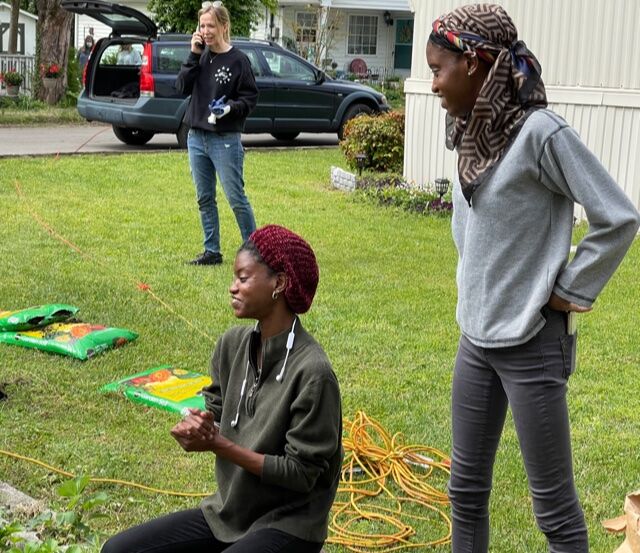 At the garden in Hard Bargain were sisters Shawnell (left) and Jannell Goodlow and Sarah Critchlow. 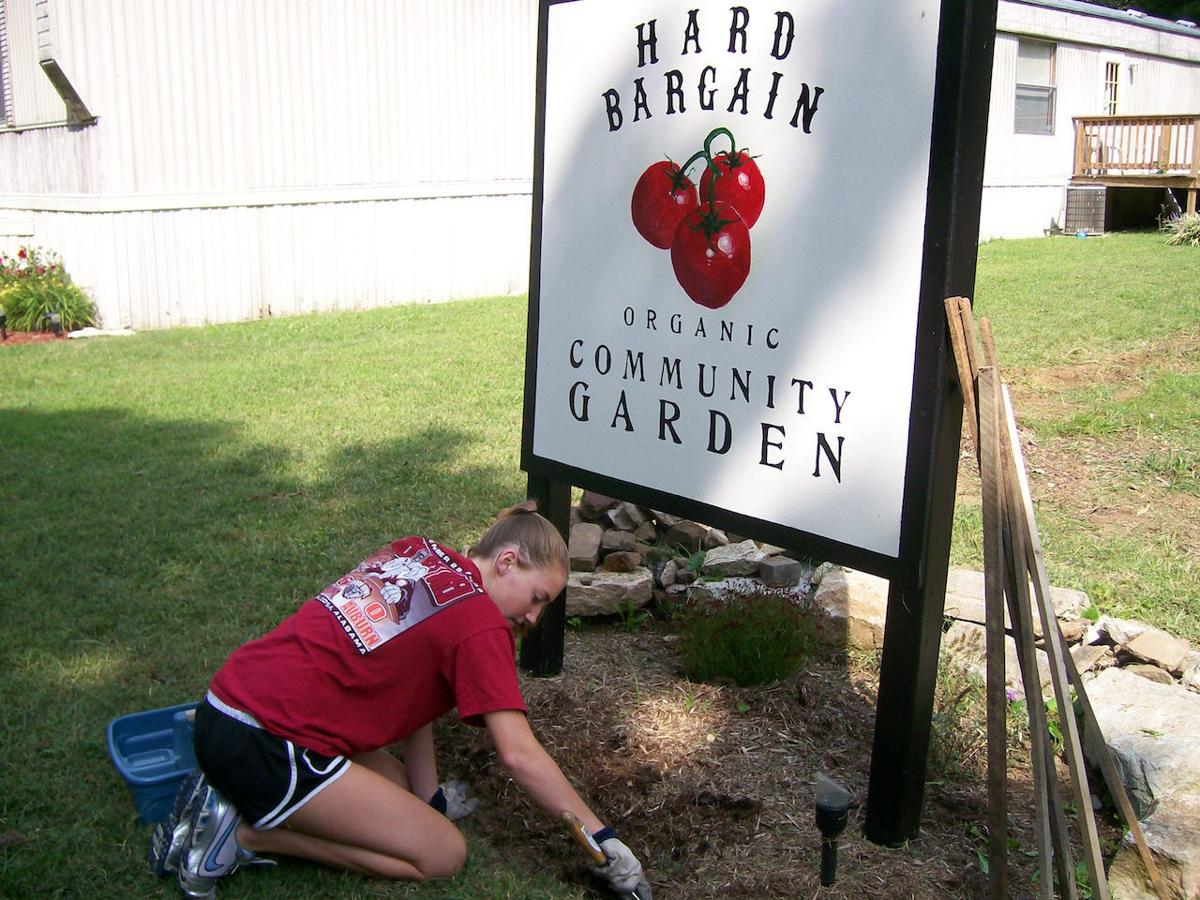 What’s the saying? “You don’t know what you’ve got till it’s gone.”

That may at least partly explain why there was such a buzz of activity around the Hard Bargain neighborhood’s community garden on a recent April Saturday. Volunteers and residents of the historic neighborhood were all pitching in to help revitalize the small but potent garden in a vacant lot on Glass Street. It was one of the projects for the Hard Bargain Association’s spring community cleanup day.

The garden was created about 14 years ago as a way to not only provide vegetables, herbs and fruits for residents of the largely African American neighborhood, but also as a way to help bring neighbors together in both tilling the land and harvesting from it.

“We wanted a community project that was safe and healthy,” Derrick Solomon, executive director of the Hard Bargain Association, said of why the garden was started back in 2007. “We just wanted a way to relieve some pressure off low- to moderate-income families with some vegetables.

The garden’s restorative qualities, not to mention its output of fresh produce, went dormant for a couple of years. Last year’s off-season had obviously to do with the impact from the coronavirus pandemic, but it was down in 2019 as well. Those who have been involved with the garden in recent years said the pandemic, in effect, opened eyes to how much it had been missed.

“COVID did have a lot to do with it being dormant,” said Shawnell Goodlow, who bought a house in Hard Bargain a couple of years ago with her twin sister, Jannell Goodlow. “But it also brought it back up because we realized the grocery stores were packed and we didn’t have anything here to hand out. COVID brought it back when we needed it.”

The Goodlow sisters’ house, which is one of five homes completed in June 2019 in a “pocket neighborhood” on Mt. Hope Street called Bungalow Court, is a short walk from the garden. Prior to living there, they had lived with their mom on Glass Street and helped tend the garden for about eight years.

The Hard Bargain garden was started in 2007 by Freddie Haddox, a member of Franklin First United Methodist Church, according to Solomon. It was then overseen by community leaders J.J. Hodge, Sonny Kelton and Scott Roley, and its resurgence is being handled by the Goodlow twins and Mary Coffee, with help from other neighbors.

Several volunteers from the larger community were on hand earlier in April to help bring the garden back, and some of them will continue pitching in as the season progresses. Sarah Critchlow and her husband, David, were there on behalf of The Church of Jesus Christ of Latter-day Saints, weeding, planting and tilling under cloudy skies. Sarah said the neighborhood is ready for the garden’s return.

“It’s been dormant for a couple of years,” she said. “Some people in the community wanted to get it going again. A few of them walk by it every day.

“Shawnell put up a sign that says, ‘Meet Me at the Garden.’ That was nice because it showed some people in that community that we care about them, and it helps them to get to know us. It just helps the whole community of Franklin come closer.”