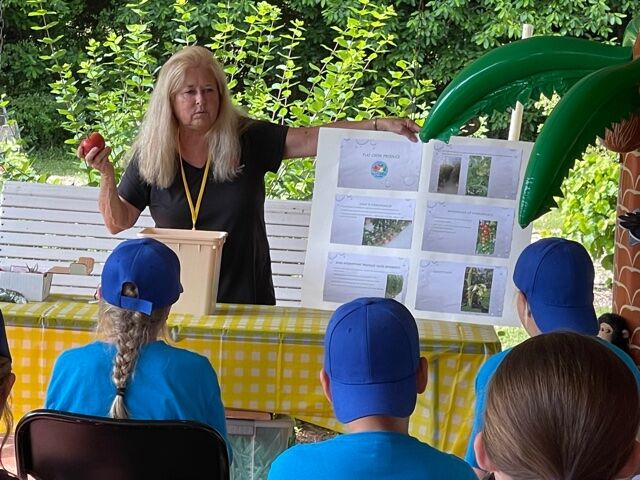 Judy Herbert, one of the speakers at the Williamson County Junior Gardener Camp at Stoney Creek Farm, explains to campers the benefits of homegrown tomatoes. 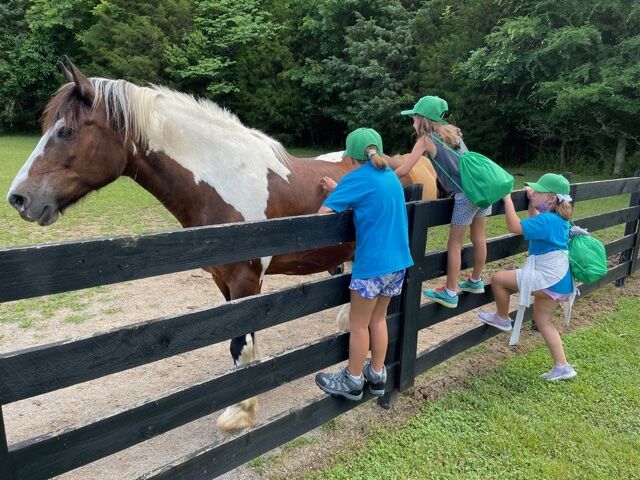 These campers adored the horses on the farm. 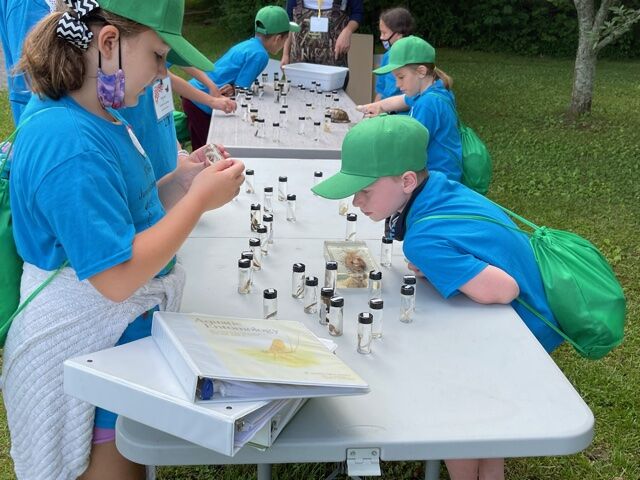 Checking out specimens from a nearby creek 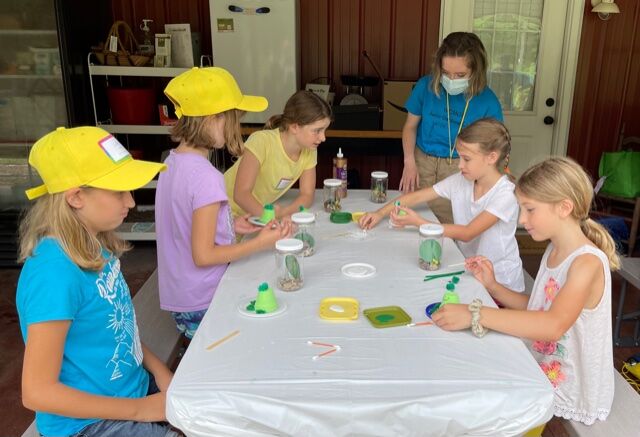 What would camp be without crafts? 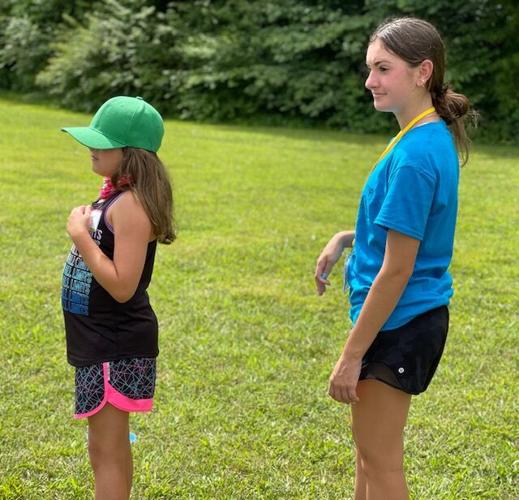 Alexis Dial, 14, returned to volunteer at the Williamson County Junior Gardener Camp after having attended as a camper every year since she was 6. 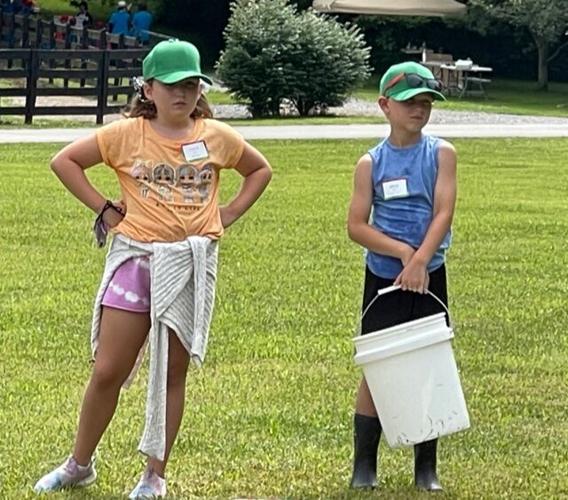 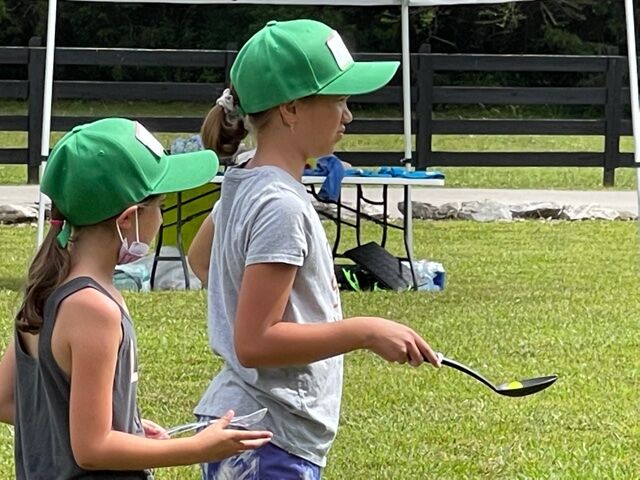 Judy Herbert, one of the speakers at the Williamson County Junior Gardener Camp at Stoney Creek Farm, explains to campers the benefits of homegrown tomatoes.

These campers adored the horses on the farm.

What would camp be without crafts?

Considering there was a forecast for rain throughout the week, the theme selected for the 2021 Williamson County Junior Gardener Camp was perhaps most appropriate.

“Our theme this year is ‘water water everywhere,’ so we’ll look at how water plays a role in gardening, in nature and the overall environment,” Patti Dial, organizer of this year’s JGC, said a few days before the June 7-11 camp got underway.

As it turns out, the rains generally stayed away each day of the camp, which is jointly sponsored by the Williamson County Master Gardeners Association and the University of Tennessee Agricultural Extension. Some 60 kids ages 6-12 attend the camp each year, where they learn about horticulture, environmental stewardship and giving back to the community.

“I think it’s important because it gives the children a love of nature,” said Dial, who had volunteered at the camp since she was first certified as a Master Gardener in 2014 and is in her first year as camp director. “I think it gives them a learning of stewardship and how their environment impacts them and how they can impact the environment. They learn in interactive ways how to get this education besides reading it in a book. They can touch it; they can feel it.

“And it gives them a way to meet new people that they may not know from their neighborhood or their school. We’re all-inclusive, so they’re meeting people from all over the city and even other states.”

The camp had been held at the Williamson County Ag/Expo Center since it opened in 2005, but last year’s event was, of course, canceled due to the impact from the coronavirus pandemic. And since the Ag/Expo Center was being used as a central location for COVID-19 testing and vaccines, this year’s camp was moved to Stoney Creek Farm in Franklin. The 15-acre farm is owned by Leigh and Olin Funderburk, and “they were happy to let us use it for our camp this year,” Dial said.

Campers were divided by age into water-related groups — Tiny Tadpoles, Terrific Turtles, Silly Salamanders and Cool Catfish — and they rotated between stations where they learned about creek specimens and other bugs, participated in games or in crafts, took nature walks or listened to various speakers.

One of the latter was Judy Herbert, a Williamson County commissioner who owns Flat Creek Produce with her husband, Joey Herbert. They do hydroponic gardening on their farm in College Grove, and Herbert spoke to campers on that topic as well as the importance of knowing the difference between homegrown vegetables and those sold in grocery stores.

“I think it’s great for the kids,” Herbert said of the camp. “They need to get back to nature and realize where good food really comes from.”

The camp counts on about 25 volunteers each year, some of whom are junior volunteers who have participated as campers and have returned as helpers. Many other volunteers have been certified as Master Gardeners and are tallying credit hours.

Carolyn Kirchner of Franklin has been a part of the camp’s crafts activities since she was certified as a Master Gardener in 2009.

“I love working with kids, so I thought this might be right up my alley,” she said. I’ve been involved in the camp every year since.”