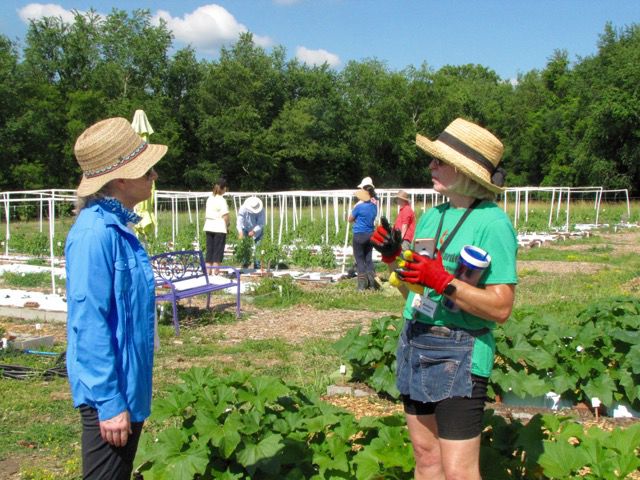 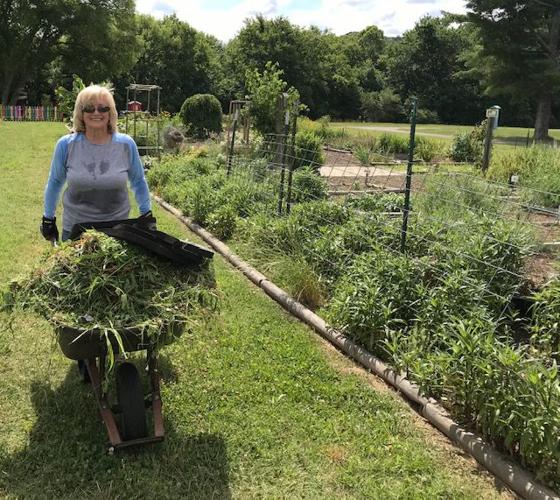 Angie Ketchum, a member of Franklin First UMC, hauls off a wheelbarrow load of weeds. "It's for a good cause, and it's also good therapy," Ketchum said of working in the Giving Garden. 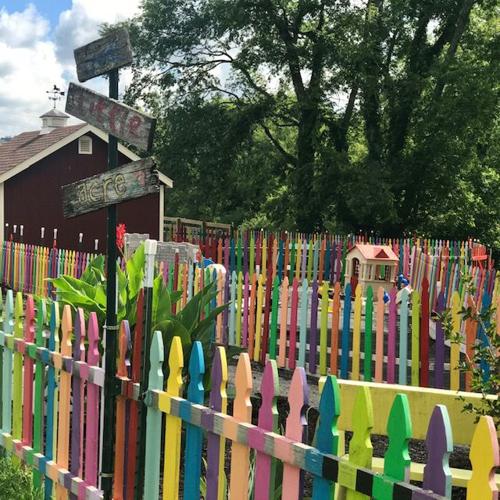 The kids garden is known as God's Little Acre. 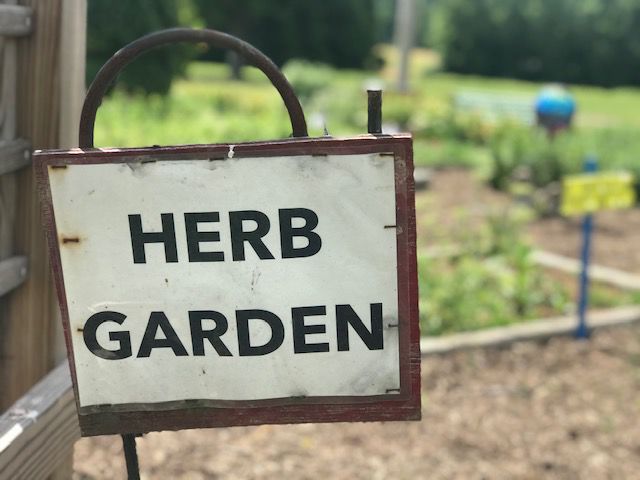 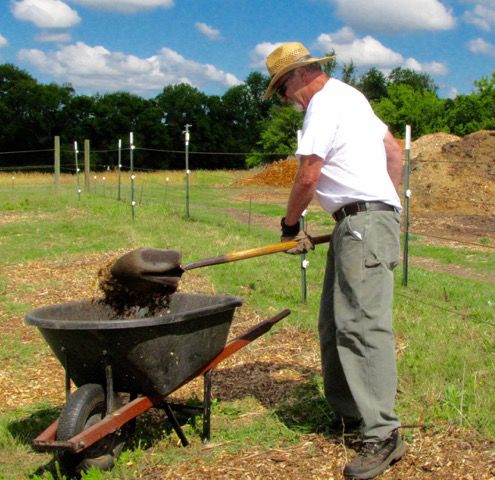 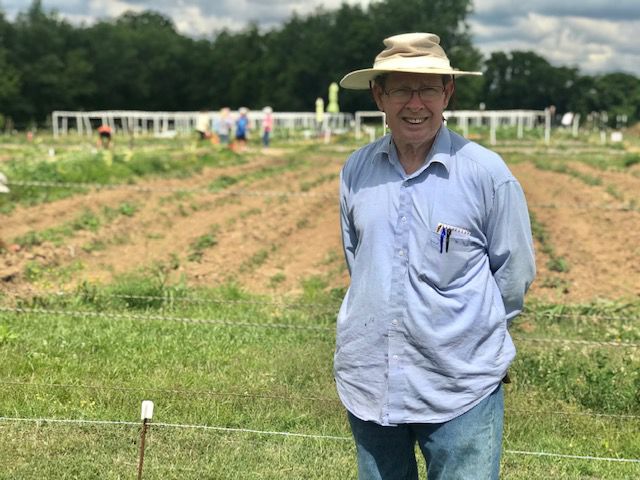 Phillip Francis, a master gardener, has been volunteering at the Giving Garden since 2015.

Angie Ketchum, a member of Franklin First UMC, hauls off a wheelbarrow load of weeds. "It's for a good cause, and it's also good therapy," Ketchum said of working in the Giving Garden.

The kids garden is known as God's Little Acre.

Phillip Francis, a master gardener, has been volunteering at the Giving Garden since 2015.

It started as a pumpkin patch.

Today, more than a decade after members of Franklin First United Methodist Church planted a few seeds on property the church had purchased to accommodate a growing congregation, what is known as the Giving Garden has become one of the church’s most visible ministries.

In terms of numbers, the 5-acre garden on the church campus has partnerships with 17 different nonprofits and organizations and each year distributes around 40,000 pounds of fresh produce to people in need.

But its value to the community goes beyond the numbers, according to Vona Wilson, senior associate pastor for Franklin First UMC. Its purpose is evolving as needs in Williamson County grow, both through the underlying poverty that’s here despite the county’s wealth and now the impact from the coronavirus pandemic.

“I think the garden is important for several reasons, and it has changed for me over time,” Wilson said, taking a break from pulling weeds in a flower bed. “When this started we were all very excited about it. The volunteers were passionate about growing the food and giving it away, and I was as well, and thought it was really important.

“But I always felt like that there would come a time when there would be a great need in this community, more so than what we were aware of at the time,” she added. “Some of the issues that we are still facing and, with the pandemic, those that are ahead of us — with the huge impact to our economy, people that were struggling before will be struggling much more in the future — and I feel like, honestly, the garden is coming into a new place. I think it’s here to serve the community in whatever way that means, and I think that means it might change over time.”

Not long after Franklin First UMC purchased 107 acres of land near the intersection of Mack Hatcher Parkway and Franklin Road in 2007, eight years before the church building was completed, longtime member Michael Jones (since deceased) thought it would be nice to let some of the children scatter a few pumpkin seeds and watch their progress to harvest time.

That gesture set in motion the idea to grow a full-fledged garden, and by 2010 the Giving Garden was giving a good bit of fresh produce to a variety of nonprofits that serve the needy in Williamson County.

“This is the place where God has given this church the opportunity to connect with all the people in the community, every group,” Wilson said. “We dreamed of it before. We wanted a multicultural connection and relationship. You have to build that on a common ground — food is the equalizer.”

Some of the agencies benefiting from the church’s garden are One Generation Away, GraceWorks and Daughters of the King, to name a few.

As it has since the beginning, the Giving Garden relies heavily on volunteers. Some of them are members of the church, others from elsewhere in the community. Until this year and the pandemic’s intrusion, garden organizers could count on groups from some of the agencies that are recipients of the produce. They also looked to youth groups from across the country, but youth mission trips have for the most part ceased this summer.

The garden has been blessed, however, with service from a number of master gardeners, those who have been through the Tennessee Extension Master Gardener course and 40 hours of volunteering to become certified.

“We could not manage this year without master gardeners because we’ve had to cut back,” said Barbara Bowden, one of the garden coordinators. “It has been a blessing to have them here. We typically have youth groups throughout the summer, which is a big part of our workload, and we’re not able to have them this year.”

Phillip Francis, a master gardener and longtime volunteer who is at the Giving Garden practically every day, said his experience there is just what he was seeking post-retirement.

“After I retired I wanted three things,” he said. “I wanted to have fun, learn some new things, and I wanted to contribute to the community. I get all three of those here.”