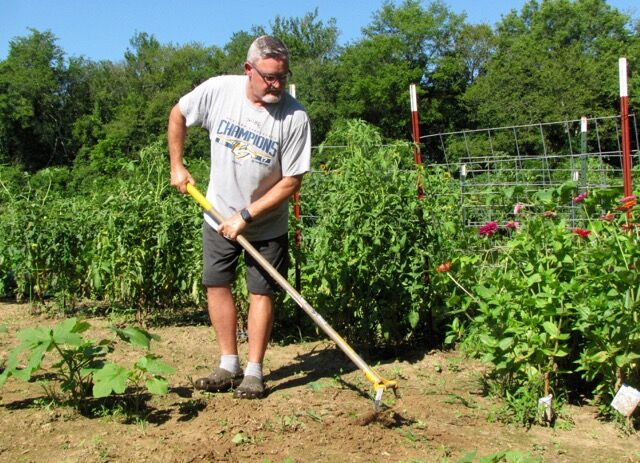 Dan Ferrell gets out to his plot in the Thompson's Station community garden as much as possible. 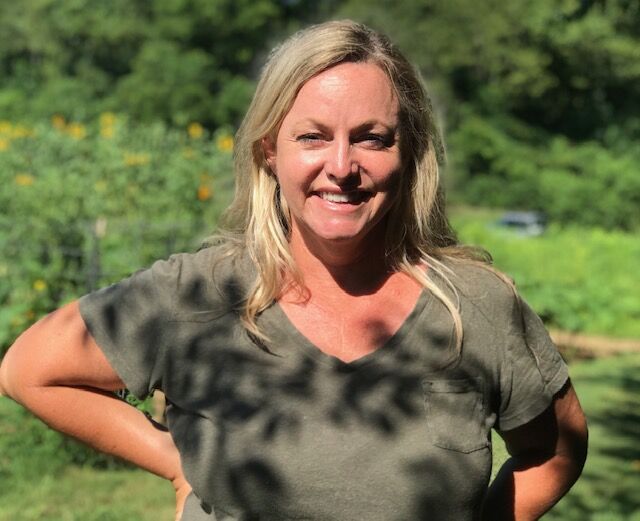 Gia Card is coordinator for the Thompson's Station community garden. 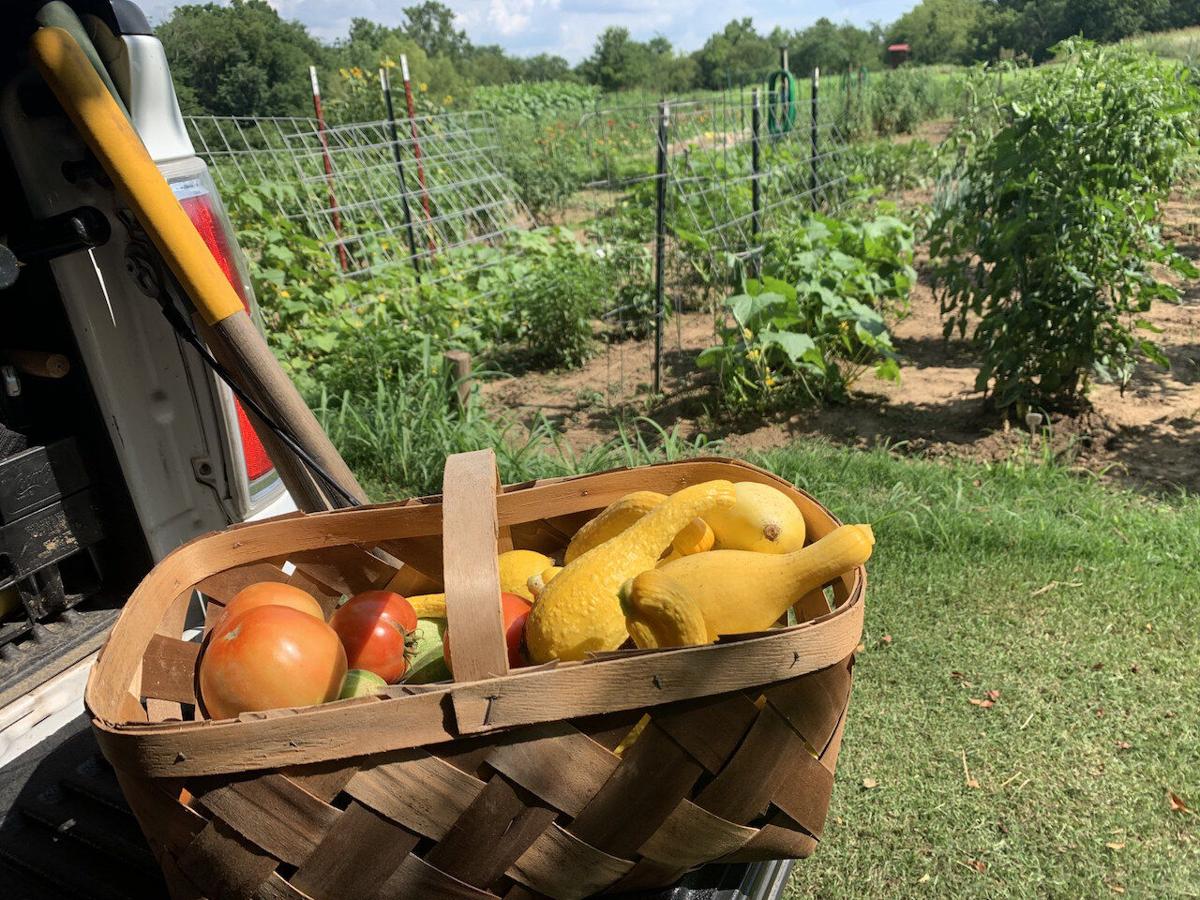 It's harvest time at the Thompson's Station community garden. 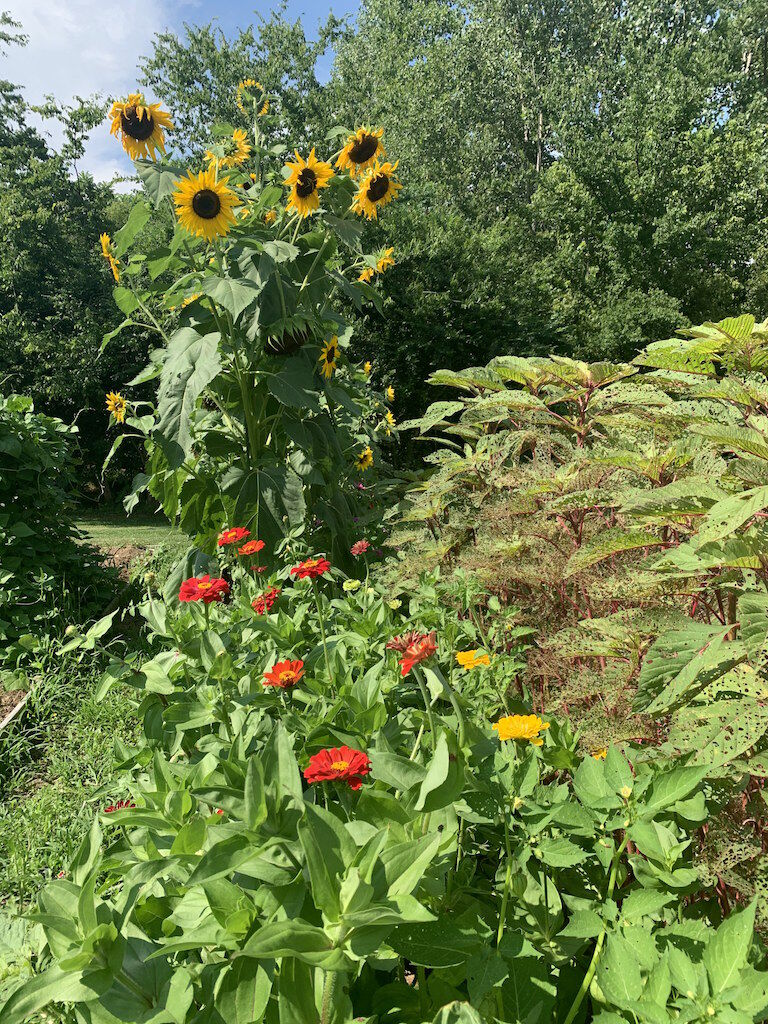 Sunflowers and other types surround the garden

Dan Ferrell gets out to his plot in the Thompson's Station community garden as much as possible.

It's harvest time at the Thompson's Station community garden.

Sunflowers and other types surround the garden

Shelves holding toilet paper, hand sanitizer and various meats weren’t the only ones being emptied as the coronavirus pandemic began taking hold in March.

So were those holding garden rakes, tomato stakes and potting soil.

That, at least, was the observation of one of the tenants at the Thompson’s Station community garden, where experienced gardeners have been tending plots alongside beginners since the city opened the garden about 10 years ago.

“I believe more people are interested in having a garden this year because you go to Lowe’s or Tractor Supply, and a lot of the garden supplies are depleted,” said Steve Jones, a tenant at the garden since 2013. “A lot of the shelves are empty from the spike in interest in gardening from people this year.”

Much of the reason for that spike, of course, has been from the impact of the pandemic. Gia Card, who sits on the Thompson’s Station Parks and Recreation board and is volunteer coordinator for the community garden, said interest from newcomers to gardening increased significantly this year.

“A lot of people have come to the garden this year because of the COVID-19 crisis,” she said. “They felt they needed to do something outside, but also growing their own food, I think, gives them a sense of security, that they have a place to get fresh vegetables whenever they need them.

“With all the shortages like toilet paper, meat and things like that, people started to get worried. I noticed a huge uptick in the number of people interested in getting plots. Not everybody followed through, but I did get a lot of emails from people who have never gardened before and who wanted to start trying to grow something.”

The Thompson’s Station community garden consists of 45 plots of differing sizes and includes an irrigation system from a creek-fed water tank owned by the city. The Parks and Recreation maintenance crew tills the land to get plots ready in the spring, so tenants can begin planting as soon as they’re ready.

“There is community support, so every gardener here is willing to help people out if they needed to,” Card said.

That was the case with Dan Ferrell, who has tended a plot at the community garden for five years. He gained an appreciation for growing produce from his dad and for tending flowers from his mom. He makes sure to mix in beauty with practicality.

“I could have a small raised garden in the backyard, but I like this because I could put out as much stuff as I want to,” Ferrell said. “It’s just a way to come out here and pass the time, solve the world’s problems. I talk to my buddies on each side of me. I learn all kinds of things from them.”

Card said many of the tenants have excess produce at times, and she hopes to form partnerships with some of the nonprofits in the county for providing donations of fresh vegetables.

She did add, however, that some of the gardeners have concerns about a few folks not of the community getting a little sticky-fingered with the veggies being grown.

“In some people’s minds, I think the idea of a community garden is that it’s open to the public to harvest whenever they want to,” Card said. “We do have that problem here with folks occasionally wandering through and picking [our tenants’] vegetables.”