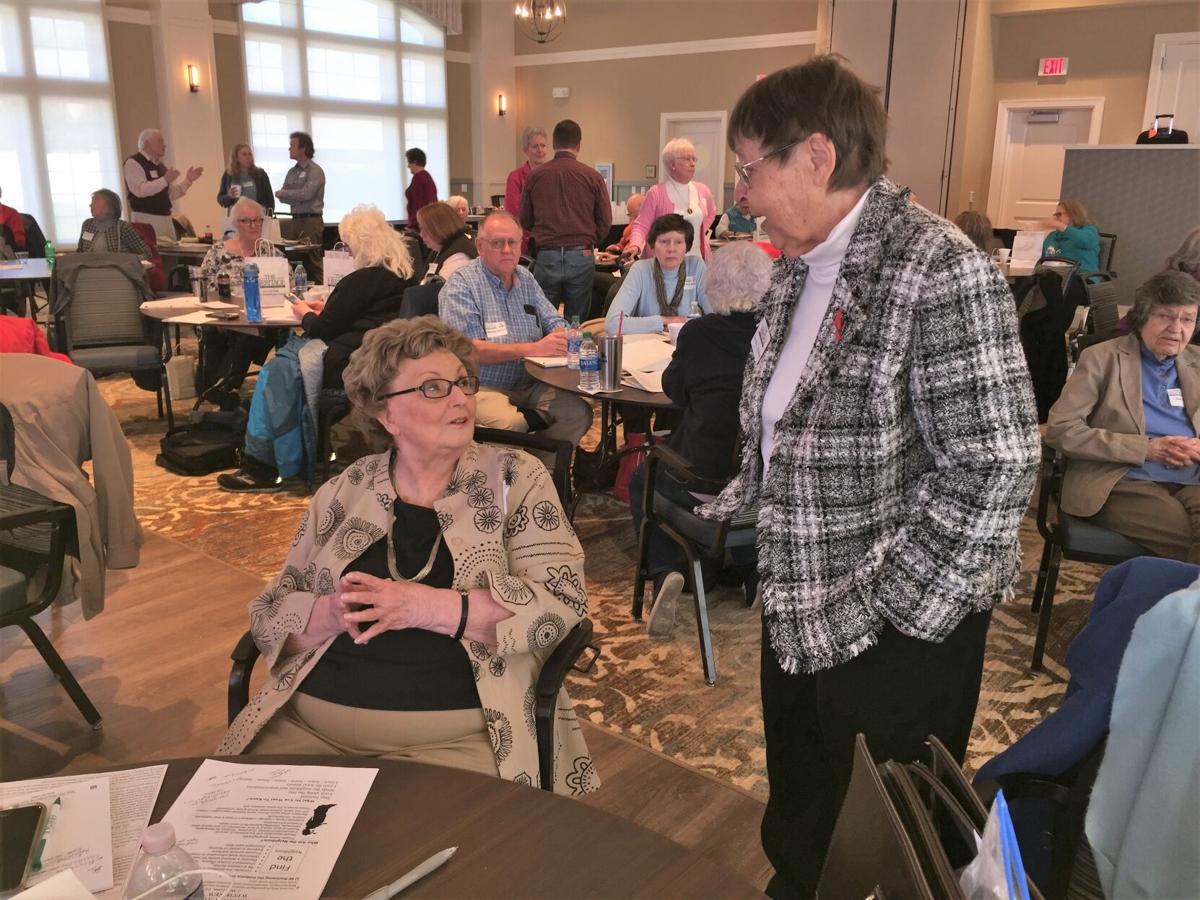 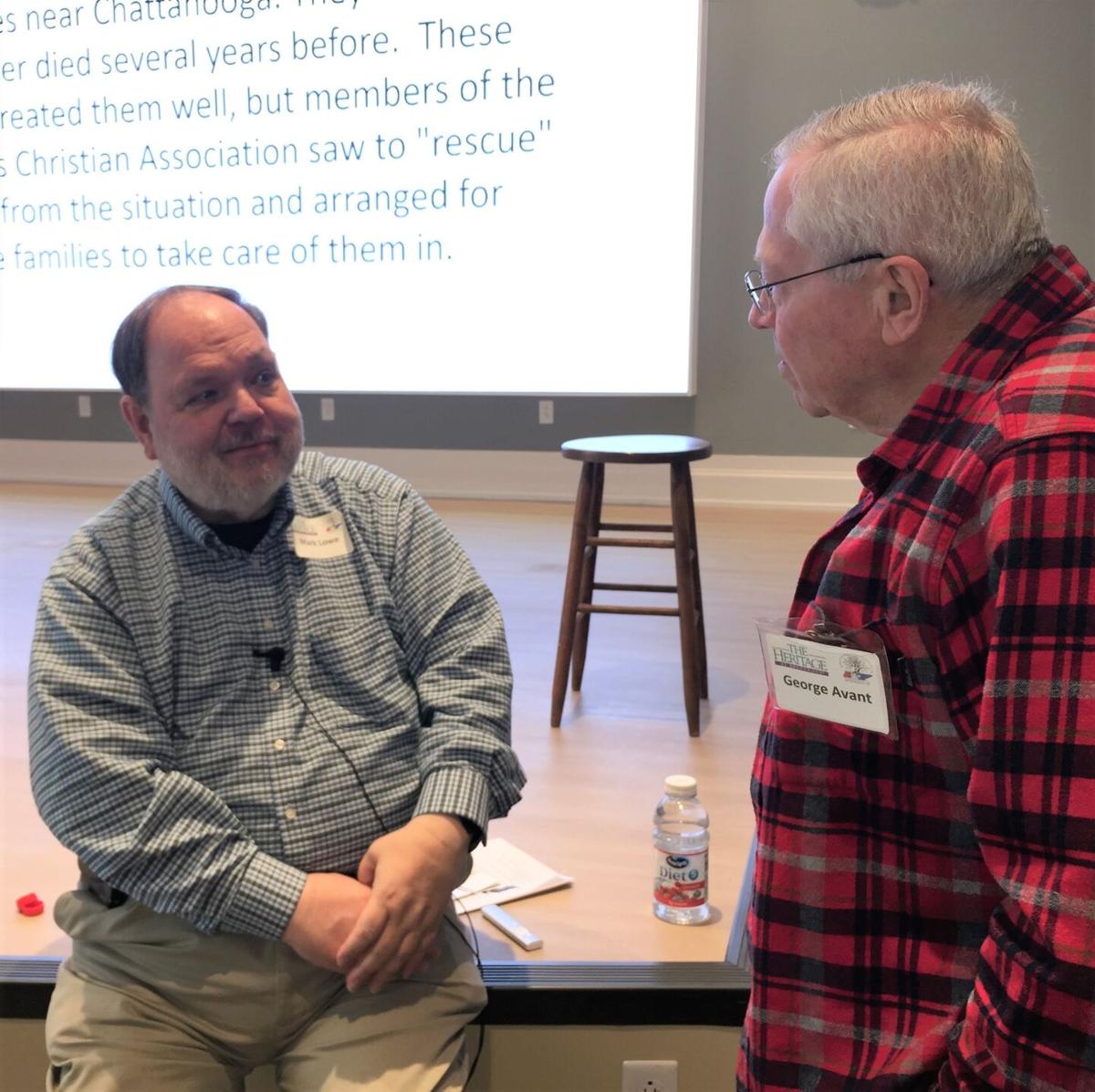 Professional genealogist Mark Lowe, left, talks with a workshop participant at last year's genealogy workshop at The Heritage at Brentwood.

Professional genealogist Mark Lowe, left, talks with a workshop participant at last year's genealogy workshop at The Heritage at Brentwood.

Brenta Glascock Davis has been on a genealogical journey for the past 15 years. The Memphis native moved into The Heritage at Brentwood in 2007 and is an active member of the Middle Tennessee Genealogical Society.

But until a year ago, she had no idea she was related to the President Abraham Lincoln, whose Feb. 12, 1809 birth along with the Feb. 22, 1723 birth of George Washington, the nation’s first president, we celebrate Monday.

Davis, who was Dean of the College of Allied Health Sciences at the University of Tennessee Health Sciences Center in Memphis, began researching her father’s lineage before she retired. But her move to Brentwood gave her time to take her search seriously.

Using the resources of the Tennessee State Library and Archives and the Middle Tennessee Genealogical Society, she began making progress. She calls the library and archives, which will reopen soon in its new $123.8 million building in Nashville near the state capitol and Bicentennial Mall, “a wonderful resource for anyone doing genealogical research.”

She targeted her research on her paternal side as a relative had done a comprehensive survey of her mother’s line years earlier. About 15 years ago, she did her first DNA test through the National Geographic Society. More recently, she did one through FamilyTree.org.

What Davis has discovered in her research isn’t always pretty.

“You have to be openminded when you do genealogy; you never know what you’ll find,” she warned. “Not only do you have good ancestors, but you may also find some who perhaps aren’t so wonderful and even a little unsavory.”

But more on that later.

On Feb. 29, 2020, just weeks before Covid-19 closed the community, The Heritage hosted a public genealogy workshop led by Mark Lowe, a professional genealogist from Robertson County. Prior to the workshop, Lowe asked if a registrant would be willing to share their DNA test results with him. Davis was quick to volunteer.

She had no idea how Lowe would use her results or what he might find.

Those familiar with the PBS show “Finding Your Roots” and other popular genealogy-themed TV shows will understand Brenta’s surprise as Lowe unveiled her family history. Without fail, the celebrities, athletes and other public figures being walked through their family histories learn a lot about their family roots. There are always surprises -- big ones.

During an afternoon PowerPoint presentation during the workshop, Lowe clicked on a slide of Davis’ family tree. And he started putting the pieces of his presidential discovery together.

Even more, she learned that on her mother’s side, her great-great-great-great-grandparents, Robert and Sarah Larue Hodgen were acquainted with Lincoln’s parents and reportedly held baby Abe in 1809 at a small Baptist church.

“It was a terrific surprise,” Davis said. After his presentation, Lowe gave her a large replica Lincoln penny, which she still has.

The Lincoln surprise gave Brenta a great story to tell, but let’s get back to Davis’ more “unsavory” finds.

“In the 1870s, my great-grandfather on my father’s side went west and left his wife and two babies behind,” she said. Years later, one of those sons went to live with an uncle, who shot the young man who later died.

The uncle was found guilty of murder, but a governor later pardoned him.

“(Genealogy) is not for the faint of heart,” she advised.