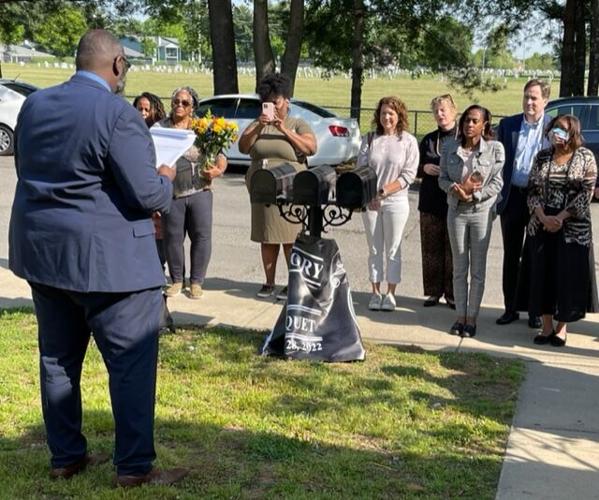 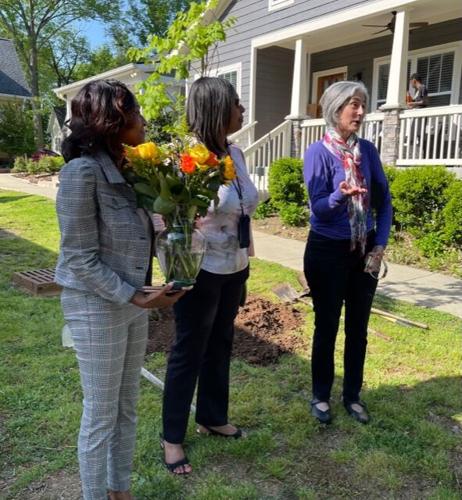 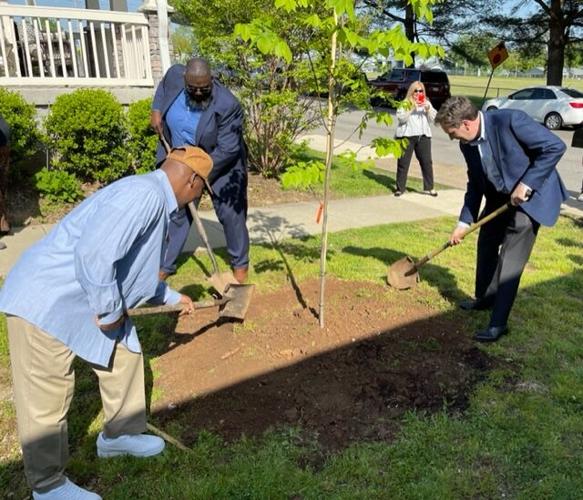 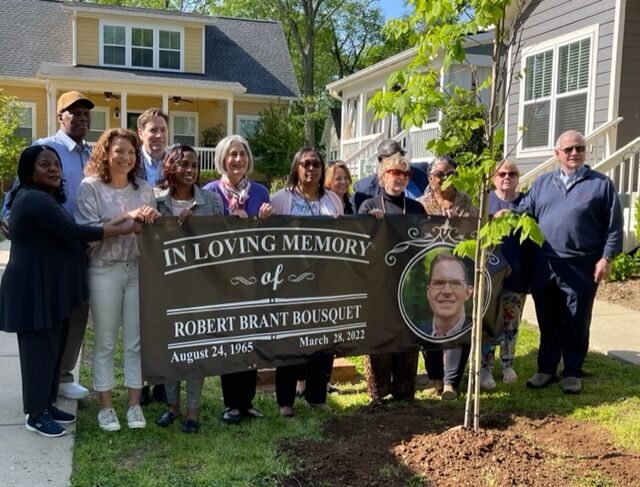 Attendees at the Hard Bargain Association memorial for Brant Bousquet hold a banner in his memory.

Attendees at the Hard Bargain Association memorial for Brant Bousquet hold a banner in his memory.

A number of those who had formed a relationship with Brant Bousquet through the Hard Bargain Association met to pay tribute Thursday to the nonprofit’s first executive director.

Bousquet died at the age of 56 on March 28, leaving a legacy of service to all who knew him. He had served as leader of the HBA for nearly 13 years before turning it over to the direction of Derrick Solomon, longtime resident of the historic neighborhood who was named executive director in January 2020.

“Brant was not only a mentor to me, but he was a brother to me as well,” Solomon said during the brief ceremony. … “This is my time to grieve and make sure I think of him and his family. He always served. He served at every aspect of his life.”

Fittingly, the memorial was held at the center of the “pocket neighborhood” known as Bungalow Court that welcomed its first residents in June 2019. The cluster of homes epitomizes what Bousquet meant to the Hard Bargain neighborhood, as he and others worked to rebuild homes and preserve the way of life there.

A yellowwood tree — Bousquet’s favorite, according to Solomon — was planted at the center of Bungalow Court as part of the ceremony.

David Crane of Crane Builders, which has built 14 of the HBA homes so far, was in attendance Thursday, as were several HBA board members, friends and neighbors. Bousquet’s wife, Virginia, was also present and thanked all who attended.

“I know Brant would be surprised about this,” she said. “I know he would feel extremely honored. He never chased the spotlight and he didn’t have to be recognized. …

“[Bungalow Court] represents a lot of years of blood, sweat and tears, and it really is a testimonial to God’s power and community. … It really makes me feel proud and grateful that God called Brant to serve Hard Bargain.”

The Hard Bargain Association will be holding its annual community spring cleanup Saturday from 9 a.m. to 3 p.m., and volunteers can still sign up to help.

Volunteers will focus primarily on yard work such as mowing, removing brush and weeds, trash removal and more. You are asked to bring gloves and yard tools. Food will be provided.