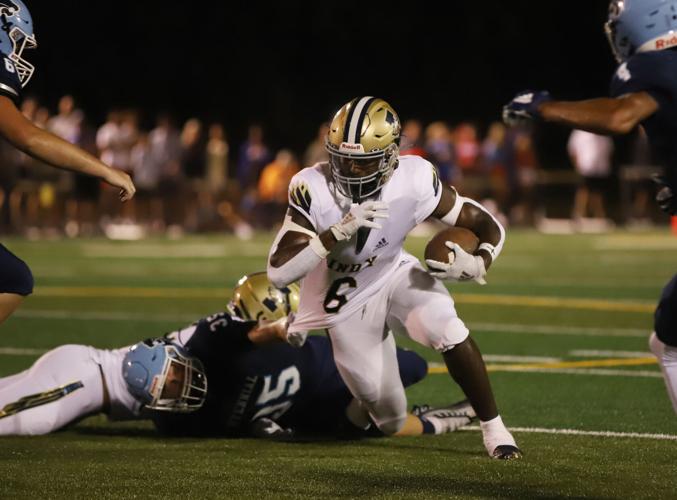 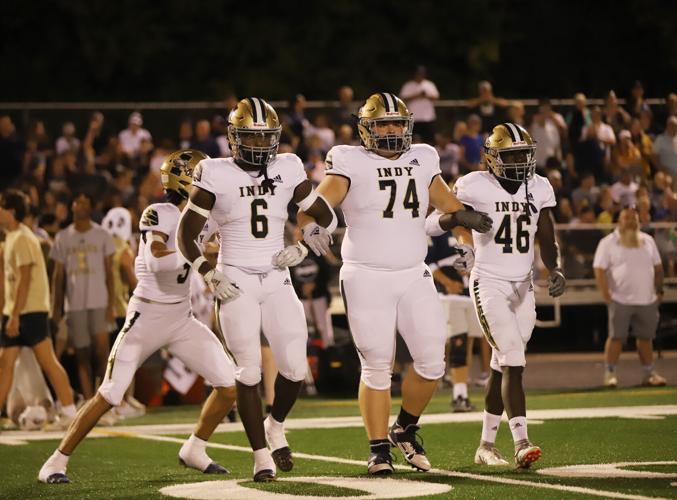 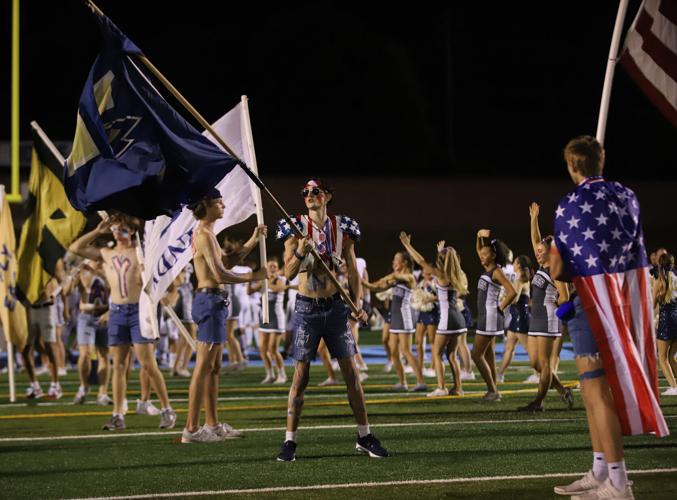 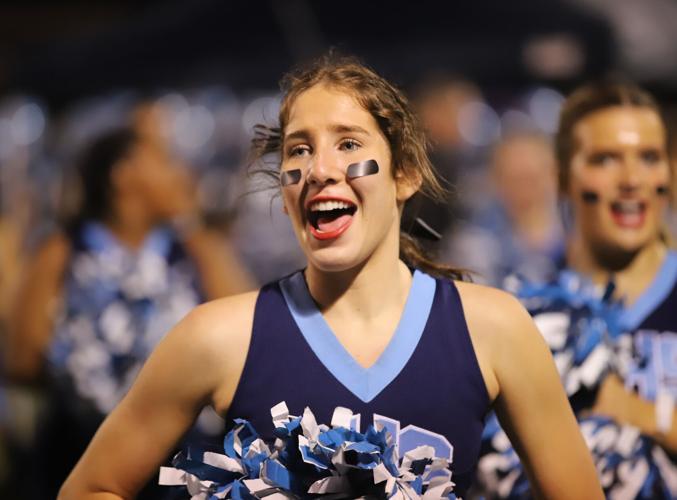 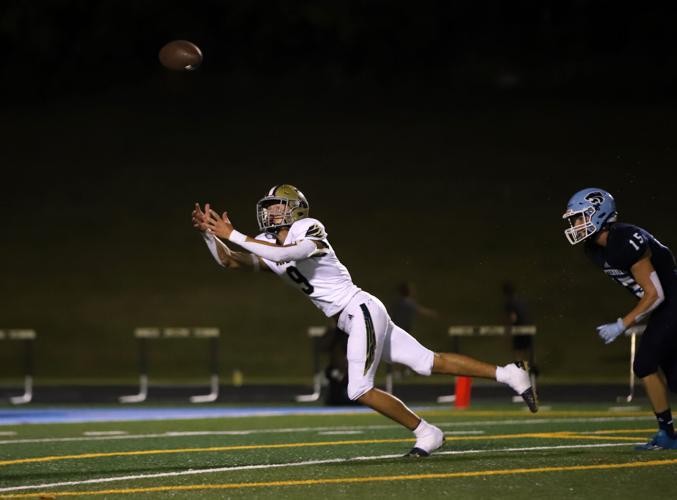 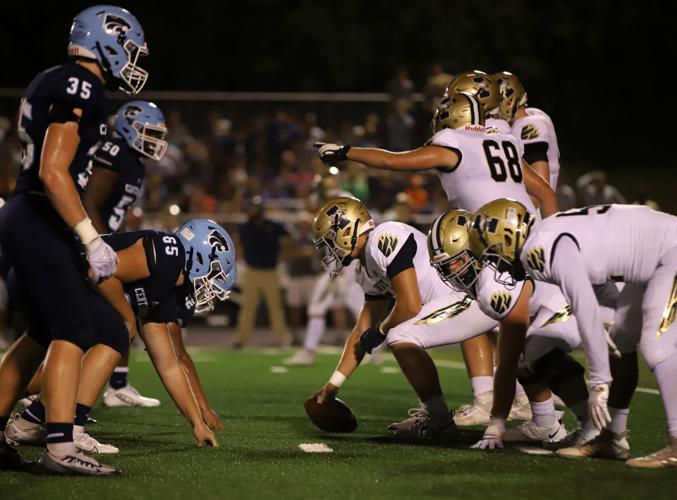 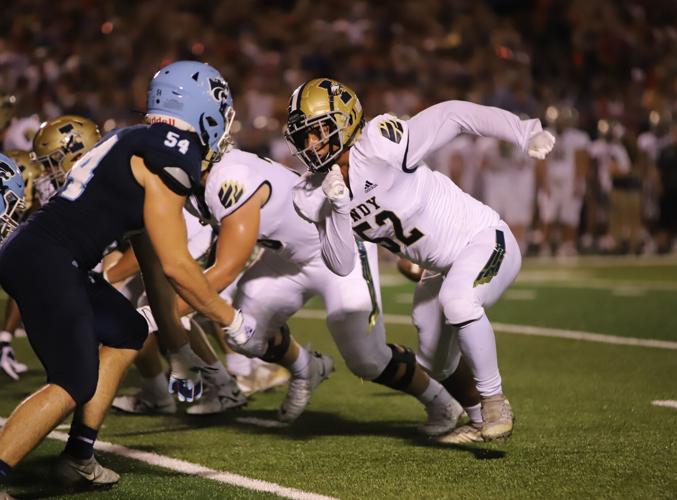 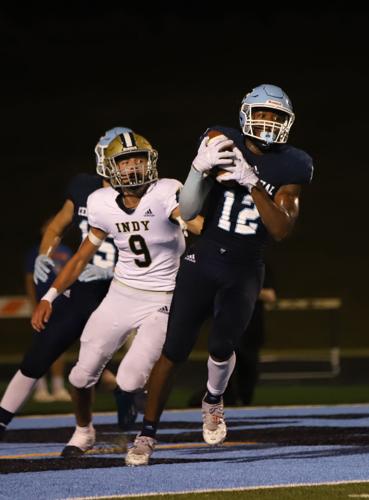 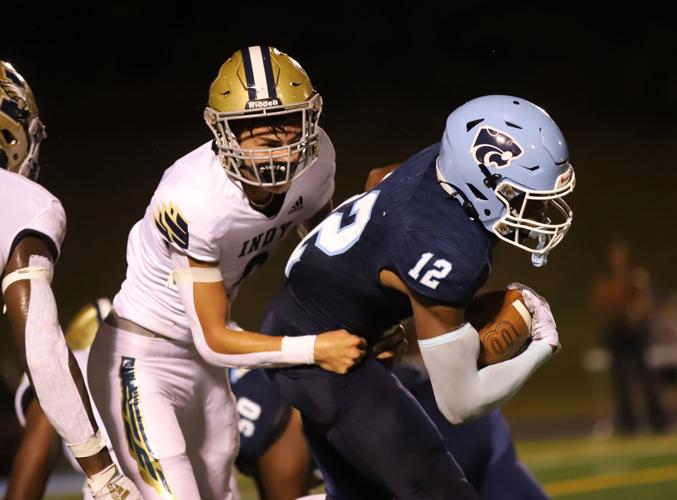 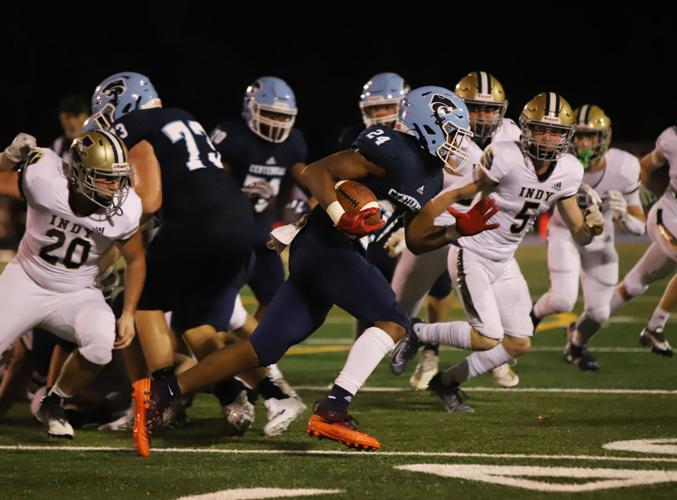 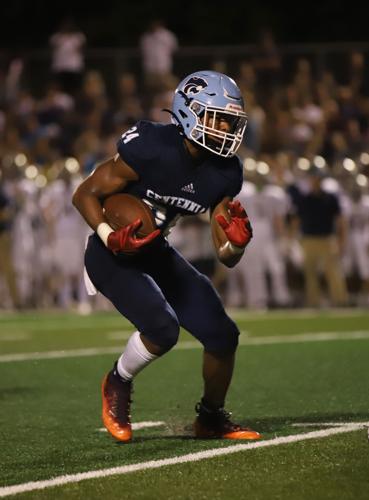 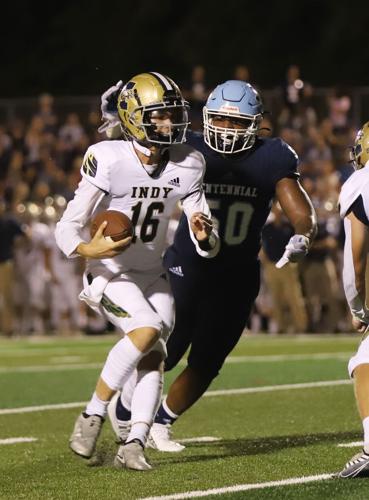 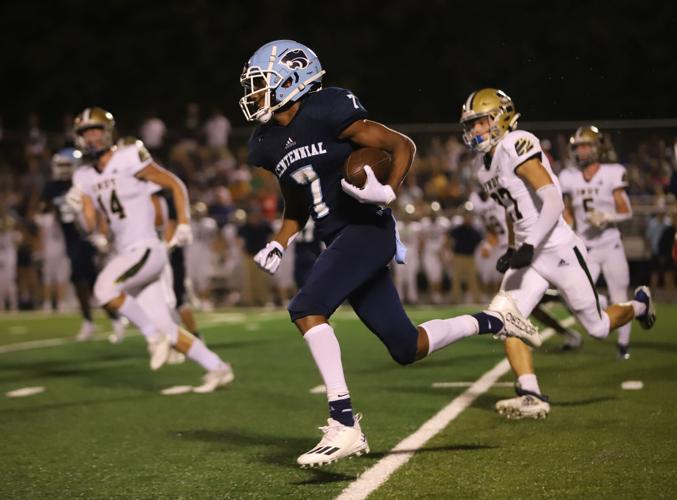 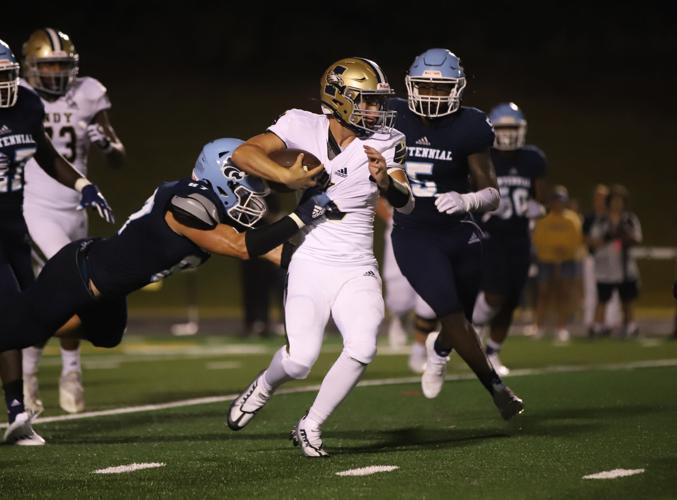 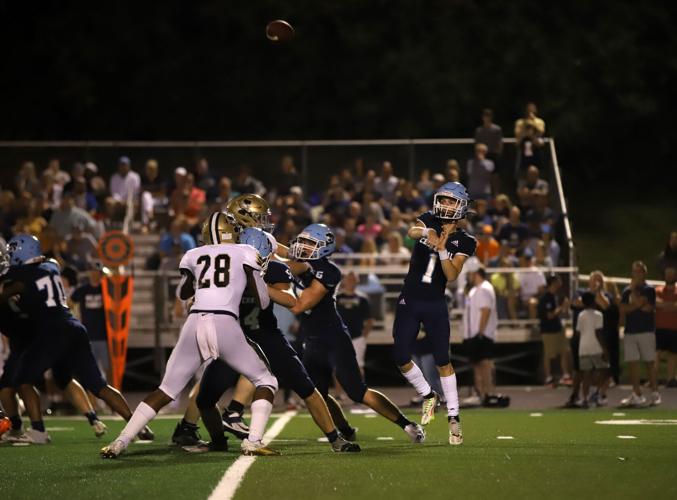 A 77-yard touchdown sprint by running back Tre' Hartwell with seven minutes remaining proved to be the difference as the Independence Eagles rushed away with a 17-14 win at Centennial Saturday afternoon.

Centennial had a few chances in the fourth quarter, but the offense never found the kind of rushing attack groove as it had in the first half and quarterback Brendan Jones was intercepted twice on Saturday.

The Centennial defense again stepped up and gave the offense a shot when defensive back Dominic Reed stepped in front of a Cody Pagach pass and returned it into Independence territory. It was the second interception of the game for Reed, and he also was the hand that blocked a punt that was returned for a touchdown by Myles Johnson.

The Independence defense forced its own interception and the running of Pagach and Hartwell kept the clock moving. Hartwell finished with 115 yards on 19 carries and one score.

Pagach said the team was hungry to get its first district win of the season in a tough road environment.

“We were hungry, and we came into the game and we chose violence,” Pagach said. “I felt like we were the more mentally tough and disciplined team out there, and it showed on the field. Our defense getting that (final) stop and our defense setting the tone for us (leading to final touchdown).”

Pagach passed for 179 yards on 12-of-25 and one touchdown and two interceptions.

A more-than-two-hour rain-and-lightning delay Friday night on a game that was 14-10 Cougars at halftime finished in a much different fashion than the night before.

“We have a really good coaching staff that has been threw something like this (delay) before unfortunately,” Independence head coach Scott Stidham said.

“We have 25 seniors too that are high character kids. We didn’t play well, but we played tough and gave us a chance to win. We have to keep getting better because you have to play well every week with our schedule.”

Independence took an early lead as Pagach threw deep and connected with wide receiver Hudson Cobb for a 34-yard touchdown and 7-0 lead with 7:46 left in the first quarter.

Lee then got the Cougar offense on the board with several big runs including a nine-yard touchdown run on the final play of the first quarter to tie the game 7-7.

In the second half on Saturday, Lee was limited to just 33 yards as the Independence defense keyed in on the bruising running back.

“We had a couple of chances to punch it in and we made some mistakes, and that is just high school football,” Centennial head coach Matt Kriesky said.

“I thought it was past our kicker’s distance in the fourth quarter down there, and it was not the right time I felt like. We lost to a really good team by three points, and we have to keep getting better and keep fighting.”

The Eagles then drove deep into Cougar territory, but a near interception by the Cougar defense was dropped which could have proved disastrous for independence. As it was, the Eagles again regained the the lead on a 27-yard field goal by Landric Mayeski.

Minutes before the lengthy weather delay began, Centennial took a 14-10 lead on a block punt returned for a touchdown. The score gave the Cougars a 14-10 halftime lead for the next several hours before play could be resumed.

Stats are unofficial at this time.

Next week, Independence will host Pope John Paul II next Thursday, while Centennial will head to Antioch on Thursday.