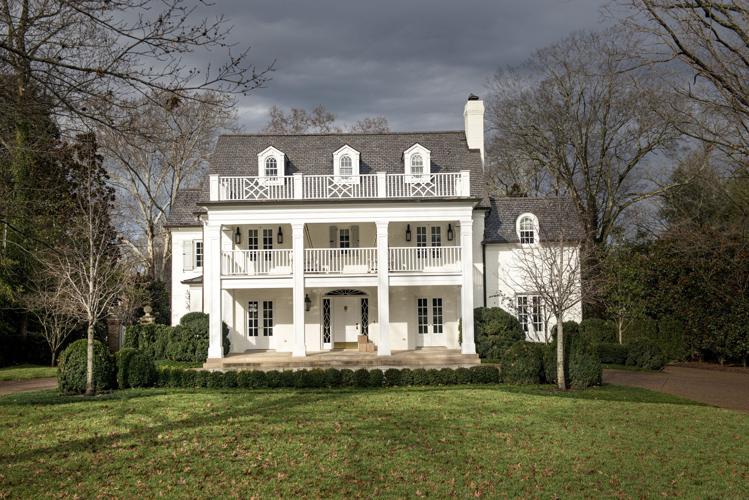 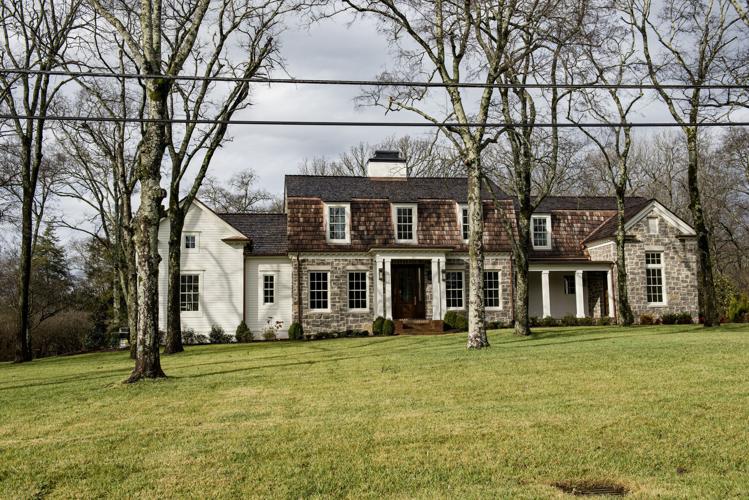 This month’s installment is a great example of just how unpredictable and quick-moving the real estate market can be. Not only are there multiple listings that appeared in this very column just months — even weeks! — ago, but there are also homes that were sold just a few years ago only to be sold again this month for millions more.

Take a look at the second sale, for instance — it was purchased in 2019 for just over $3.5 million. In November it sold for nearly $7.5 million! Meanwhile, the top sale had to come down almost $1.5 million from the asking price to find a buyer after more than four months on the market.

Real estate: What a wild and weird world.

Below are November’s top 10 home sales in Nashville and the surrounding counties, ranked by sale price.

This “hilltop haven” sits on 10.5 acres and features a “crows nest” office with 360-degree views. But that’s not all! The owner’s suite’s en suite has a corner shower with two walls of windows overlooking the surrounding woods because that’s the kind of stuff you can do when you’re the only house for miles. There’s also an exercise room, a storm shelter, a wine cellar, a 1,700-square-foot workshop and an elevator that goes to every floor. It was on the market for 140 days and was originally listed at $9.7 million.

Sellers Andrew and Laura Saul own Green Hills Rentals where they manage more than a dozen properties, including several in Nashville and Franklin.

What a difference a few years makes! This 8,010-square-foot estate appeared in the October 2019 edition of Headline Homes when country music songwriter Dallas Davidson — he wrote “Honky Tonk Badonkadonk” — sold it for $3,534,000.

There are five bedrooms, five full baths, a kitchen with a breakfast nook, a wine cellar, a putting green and a pool.

Here’s another home that jumped a few million in just a few years. When this property sold in June 2019 it went for $850,000. Since then, a 6,521-square-footer was built on the site. The home features a media room, a study, a covered porch with a fireplace, a new kitchen with all the usual fancy appliances and, most impressive to me, a tankless water heater that provides instant hot water.

Listed as an “entertainer’s dream,” this “designer estate” is equipped with a home cinema, a pub bar and a Forno Piombo wood fire pizza oven. A similar model on Forno Piombo’s website starts at $10,000.

According to LinkedIn, seller Jason Marker is the Chief Growth Officer of Fetch Rewards, Inc. He was formerly the CEO of CKE Restaurants, which owns Hardee’s and Carl’s Jr.

From the outside, this looks like a classic, ivy-covered Federal-style estate, but the interior has been “thoroughly renovated” to include a primary suite with double walk-in closets and a marble bathroom as well as a whole new wing of the house with a kitchen and whatever a keeping room is.

Buyer and preservationist Aubrey Preston also appeared in last month’s Headline Homes when he purchased a charming Maury County farm that was built in 1875.

Sure, the chef’s kitchen in this home won an award from Nashville Lifestyles, but the listing is more excited about the “CHICKEN COOP,” all caps. There are also five fireplaces, a game room, a sunroom and a pool with a pool house, and it was all designed by award-winning interior designer Jonathan Savage. Well, everything but the chicken coop. I’m guessing Savage didn’t design the chicken coop. But it is a nice chicken coop!

Buyer Justin Skinner is the chief information officer at SmileDirectClub. He and wife Jacqueline appeared in Headline Homes in January 2020 when they purchased this home for $3.1 million.

Here we have the newest home on this month's list, as construction was completed just last month. The bathroom in the owner's suite includes a heated floor and a “morning/nightcap bar,” the kitchen features a quartz center island, and there are 10-foot ceilings throughout.

Well, that didn’t last long. National sports announcer Jim Nantz purchased this Belle Meade home just a couple of months ago, in August. He bought the house from former Nashville Predators forward Viktor Arvidsson, who was traded to the Los Angeles Kings over the summer. (I thought it was a dumb idea to trade him then and I still think it’s a dumb idea. ANYWAY.)

R.L. Moore was a racist mathematician who taught at the University of Texas but he died in 1974 so the buyer of this home is probably not the same R.L. Moore.

Here’s a perplexing addition to this month’s list. This three-bedroom home was built in 1965 and it sits on less than one acre. It sold for $775,000 in 2020 and Redfin currently estimates it at $912,000-$1.1 million. So why did it go for $3,600,000 million? Is there treasure buried somewhere on the property? Has land within walking distance to The Harpeth Hall School become just that valuable? Questions abound!

Here’s another quick turn-around sale. Seller Charles Hobbs purchased this home in September for $3.3 million. It was originally listed for $3.4 million but sold for $100,000 over asking after just nine days on the market.

The backyard does not have a pool but it does have both Bocce ball and shuffleboard courts, which is pretty cool.