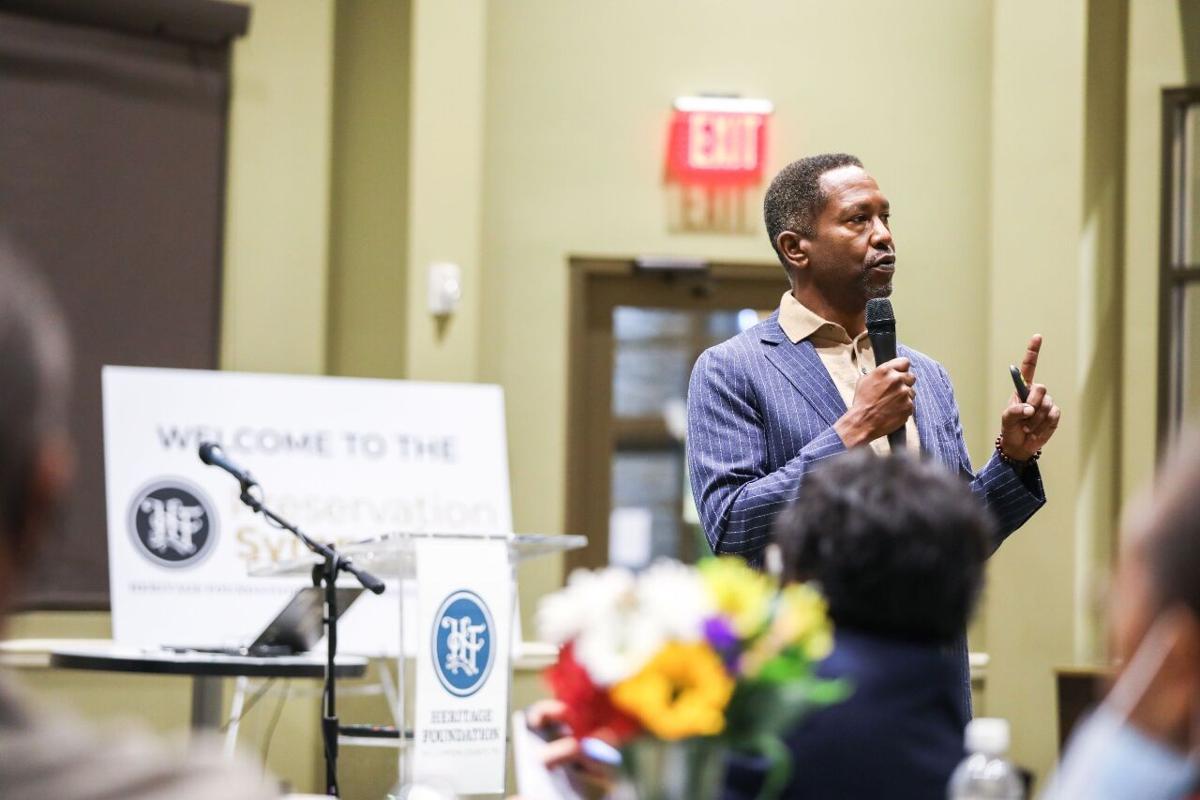 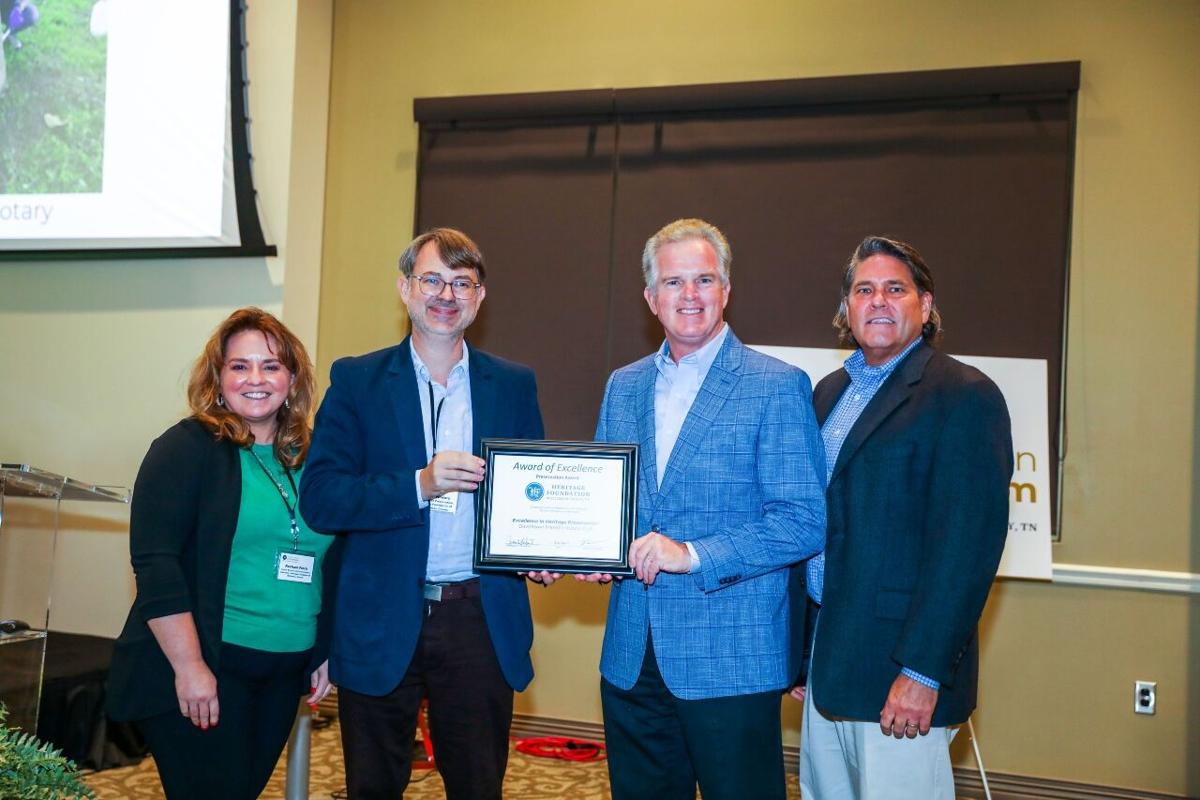 From left are Rachael Finch and Blake Wintory from the Heritage Foundation, and Bob Ravener and Alan Simms from the Downtown Franklin Rotary Club. 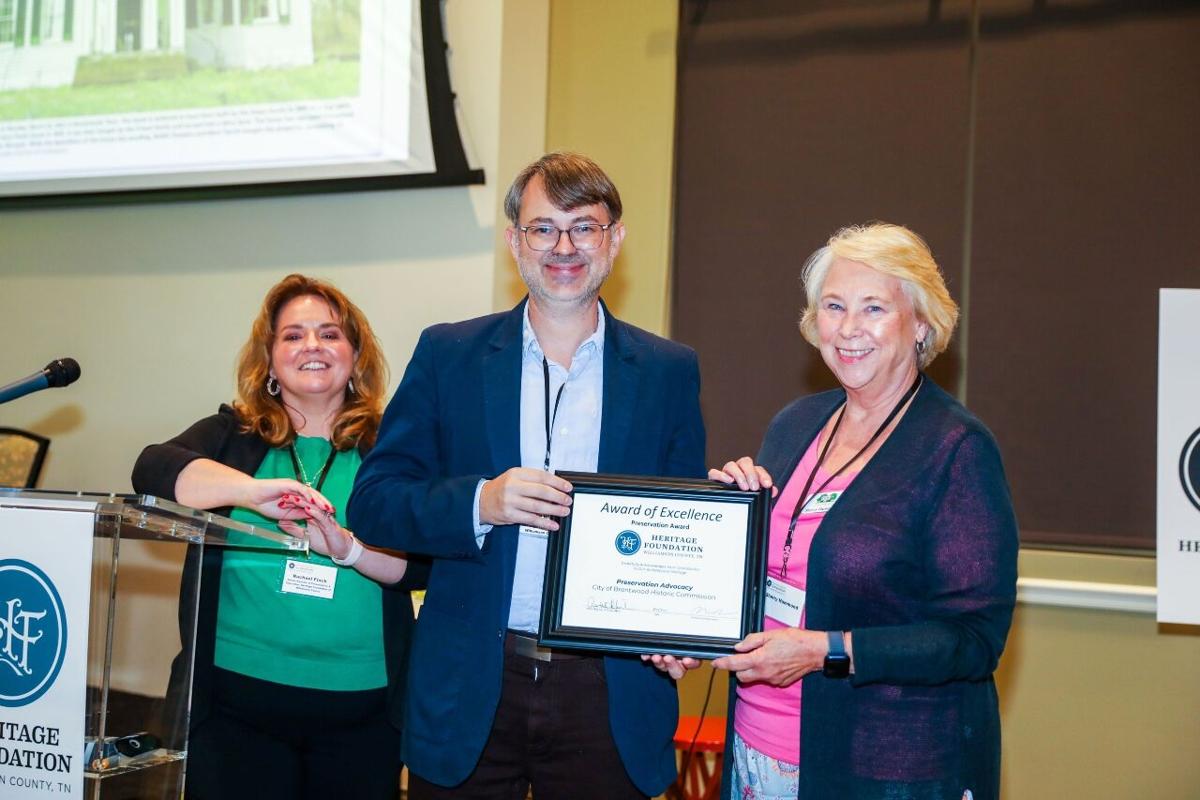 From left are Rachael Finch and Blaker Wintory of the Heritage Foundation and Sherry Hammond of the Brentwood Historic Commission. 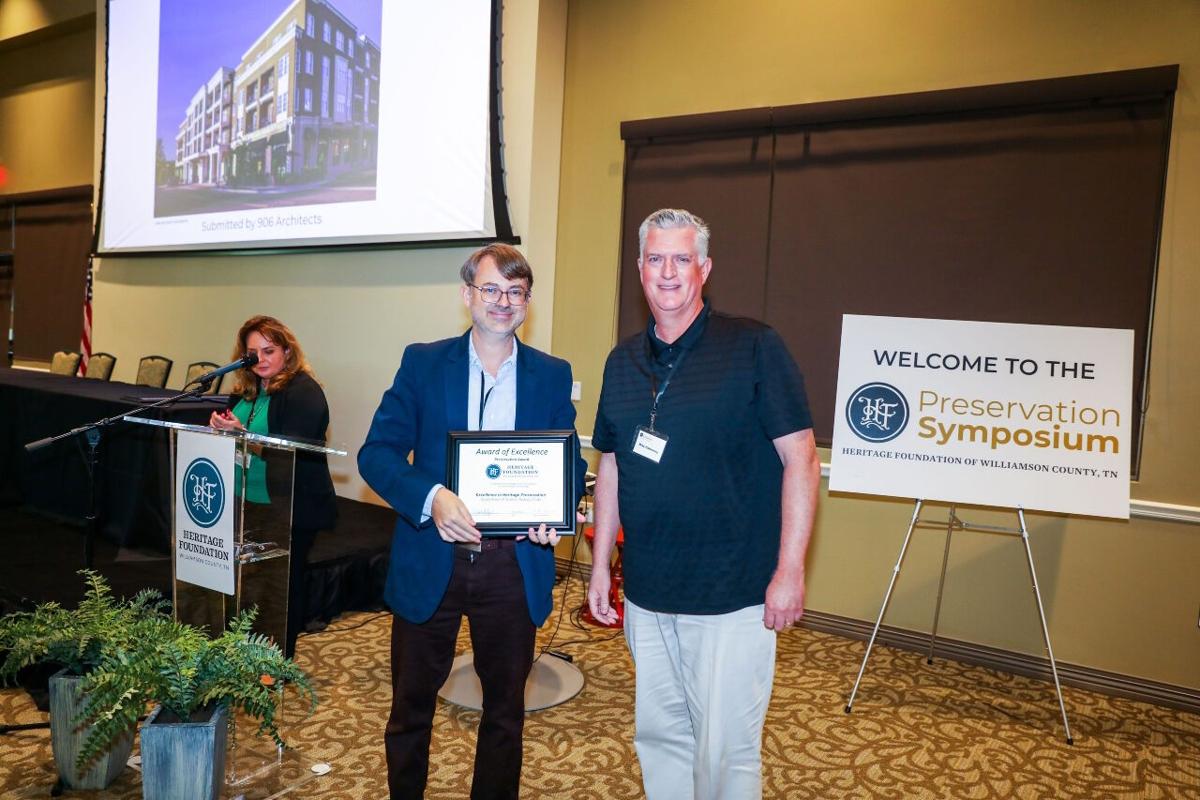 From left are Rachael Finch and Blake Wintory from the Heritage Foundation, and Bob Ravener and Alan Simms from the Downtown Franklin Rotary Club.

From left are Rachael Finch and Blaker Wintory of the Heritage Foundation and Sherry Hammond of the Brentwood Historic Commission.

For 45 years, as a part of its nonprofit mission, the Heritage Foundation has recognized preservation projects and individuals who made significant contributions within the field of historic preservation. The Preservation Awards recognize rehabilitation, restoration, preservation and craftsmanship of residential and commercial structures that complement the historic character of Williamson County.

“Each year, we are proud to recognize individuals and organizations who through their commitment, dedication and hard work complete projects that complement and contribute to historic preservation in our county,” Rachael Finch, senior director of Preservation and Education, said in a press release.

The Excellence in Infill in a Historic District category recognizes new construction that complements the historic character of the surrounding buildings, and the winner is the Harpeth Square Mixed-Use Development. The Harpeth Square is a 9.66-acre mixed-used development in downtown Franklin.

The project consolidated parcels in an underutilized section of Franklin’s downtown commercial and tourist district to bring a 119-room hotel, luxury apartments, retail, restaurants and a parking garage to downtown. The classically proportioned, LEED-certified mixed-use project complements the historic character of the downtown historic district. The project was nominated by 906 Architects.

The category of Excellence in Heritage Preservation honors projects undertaken by a community or organization that actively demonstrate their stewardship and commitment to the preservation of their historic, cultural and natural heritage. The winning Downtown Franklin Rotary Club Headstone Cleaning Project has invested more than 700 hours cleaning headstones in two of Franklin’s oldest cemeteries: Rest Haven and City Cemetery.

Partnering with the city’s park and preservation departments since September 2020, downtown Franklin Rotarians have been trained in the proper cleaning of headstones, and their work has returned headstones to a dignified appearance, made many readable and made the lives of past Franklinites discoverable again.

The category of Preservation through Restoration honors projects whose primary goal is to return a structure to a documented earlier appearance. The David McEwen House is one of the oldest structures in Williamson County. Located on the grounds of Vanderbilt Legends Club, the circa 1798 National Register-listed dogtrot log cabin had fallen into disrepair by the 2010s. The Vanderbilt Legends invested in the house’s restoration with a new cedar shake shingled roof, repaired the stack stone foundation and repaired chinking between logs, among other repairs. Completed in the spring of 2019, it is now preserved and is a showcase for the club and its members.

Since 1989, The Brentwood Historic Commission has promoted and preserved Brentwood’s rich cultural history and heritage. When the Commission learned of the potential for the historic National Register-listed Owen-Primm House to be demolished, the Commission worked to save the antebellum Greek-revival structure by raising awareness of the home’s potential fate which gave time for a preservation-minded buyer to be found.

More information about the award winners and the Heritage Foundation can be found at www.WilliamsonHeritage.org.