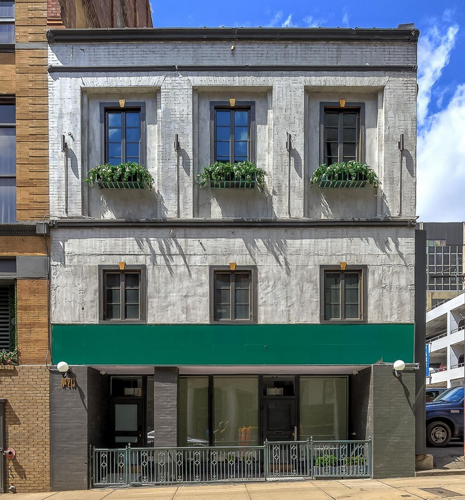 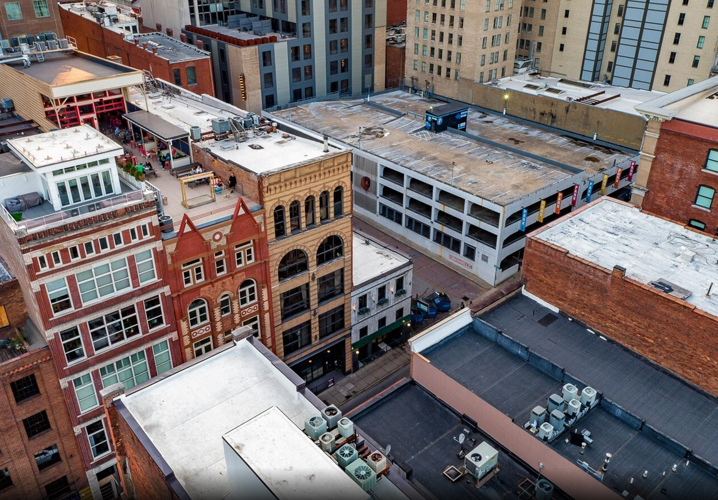 A 19th century downtown building — with its own parking garage, no less — has been offered for sale for $16.68 million.

Located at 213 Third Ave. N. in The District, the 1890-opened building offers three floors and also faces Printers Alley. Its first floor is zoned to accommodate a commercial business, while floors two and three can be used for a single residence or for multiple living spaces.

Melody Malloy owns the property, having paid $825,000 for it in 2012 with former husband Gary Bowie, Metro records show. The then-couple later had the 14,500-square-foot building renovated in 2013.

Of note, Malloy is the daughter of David Malloy, a record producer and songwriter, who earlier this month listed a nearby downtown building (217 Second Ave. N.) he owns with wife Kathy Anderson for sale for $8.5 million.

David Malloy, who has written songs for Reba McEntire, Eddie Rabbitt, Tim McGraw and Dolly Parton, is asking the equivalent of $922 per foot based on building size (read more here).

For comparison Melody Malloy is asking $1,150 per foot for her building, which sits on 0.12 acres. The younger Malloy is asking more per foot, in part and as marketing materials note, because her building offers a two-car at-grade parking garage that is accessed via Printers Alley.

Some recent sales of downtown buildings have eclipsed the $1,000 per foot mark. However, $1,150 per foot is a noteworthy figure, sources said.

Malloy has enlisted Jim Evans and Davis Caldwell of Franklin-based Core Real Estate to handle the marketing and sale of the building. Evans and Caldwell also are listing the David Malloy building.

"The 213 Printers Alley building presents a future owner the ambiance of Third Avenue and the vibrancy of Printers Alley," Evans emailed the Post. "That coupled with the fact you have an onsite parking garage [positively] impacts the appeal of this incredible property."