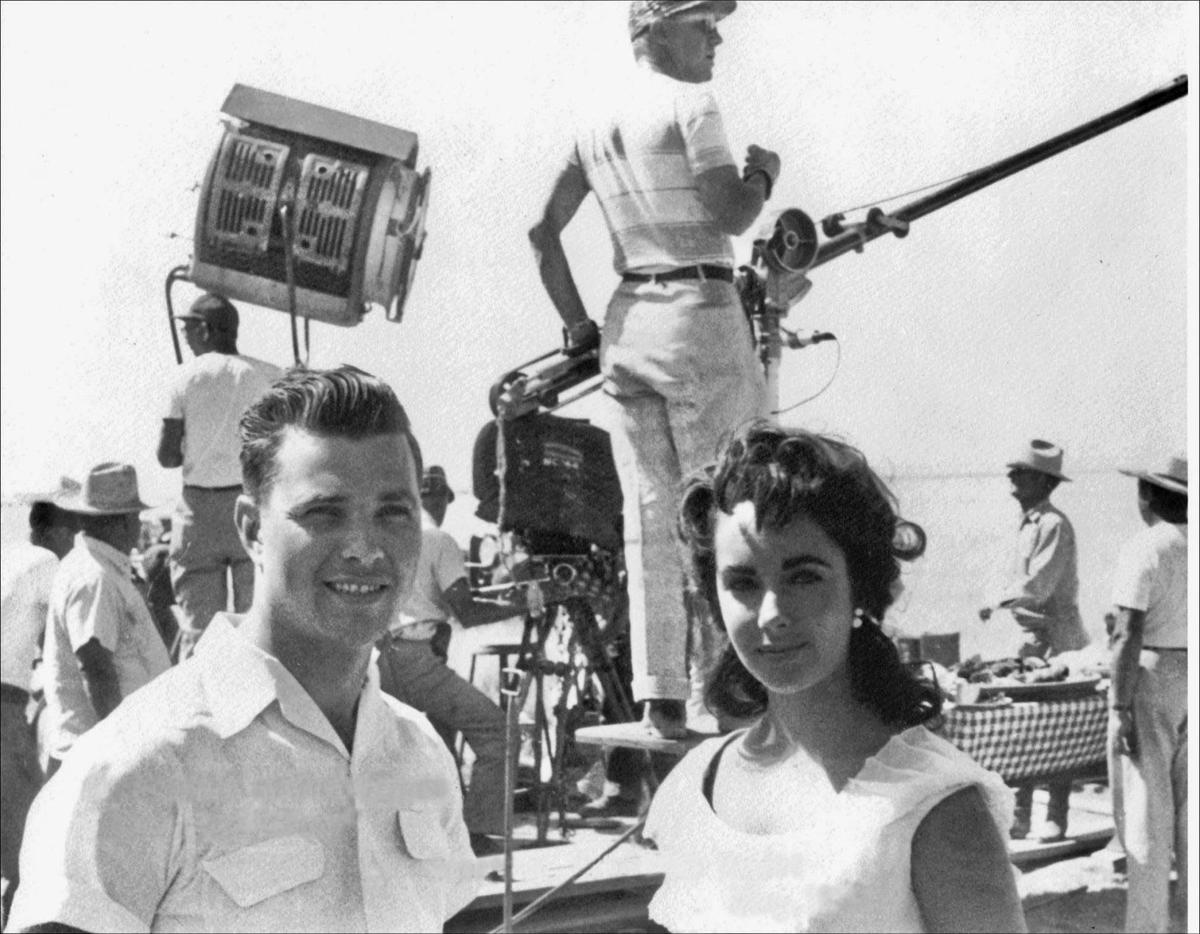 Don Russell and Elizabeth Taylor on the 1955 set of 'Giant' near Marfa, Texas. 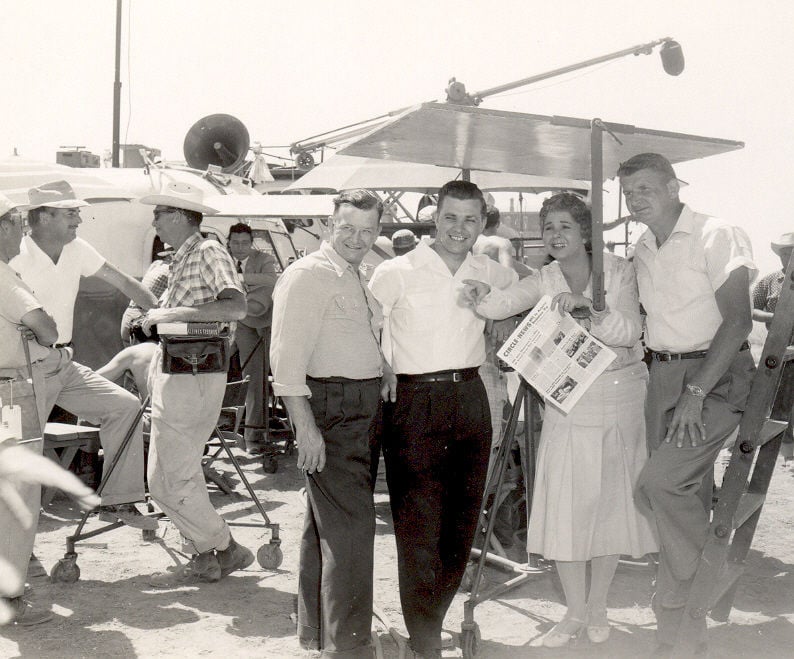 Three B.F. Goodrich engineers, including Don Russell, second from left, with actress Jane Withers in 1955 on set of 'Giant.' 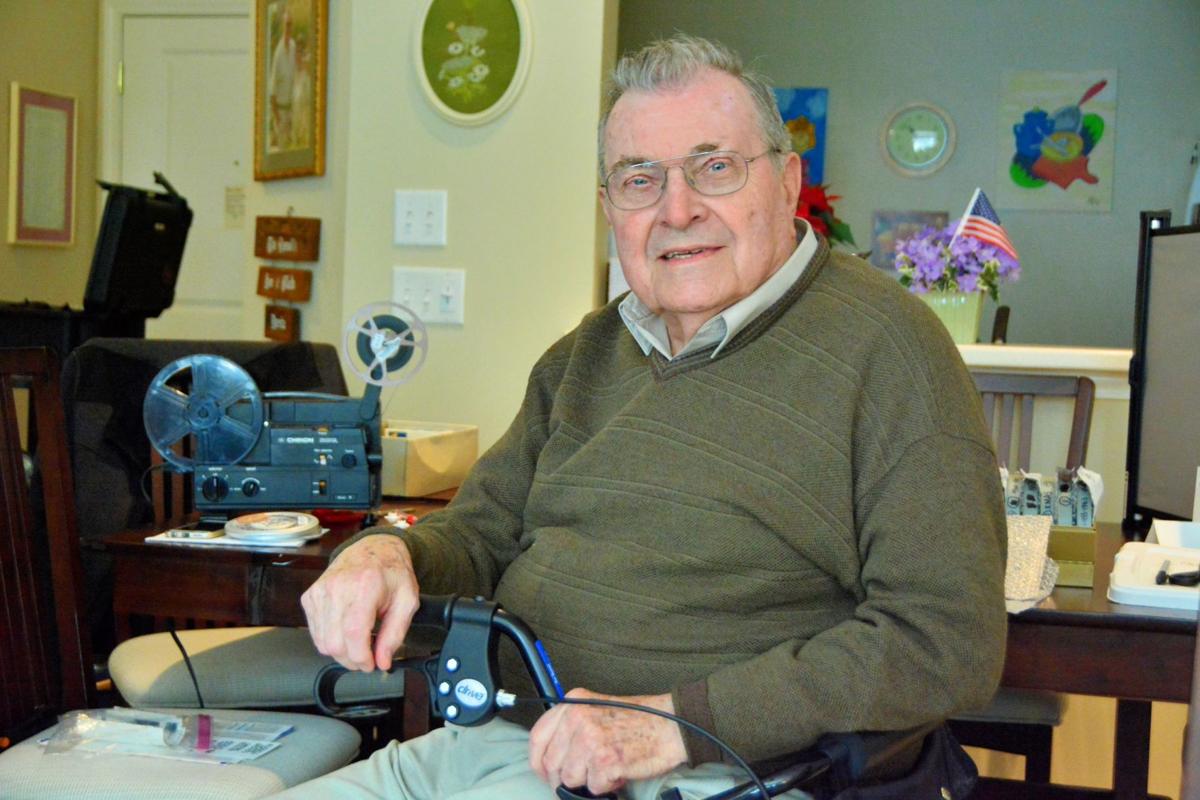 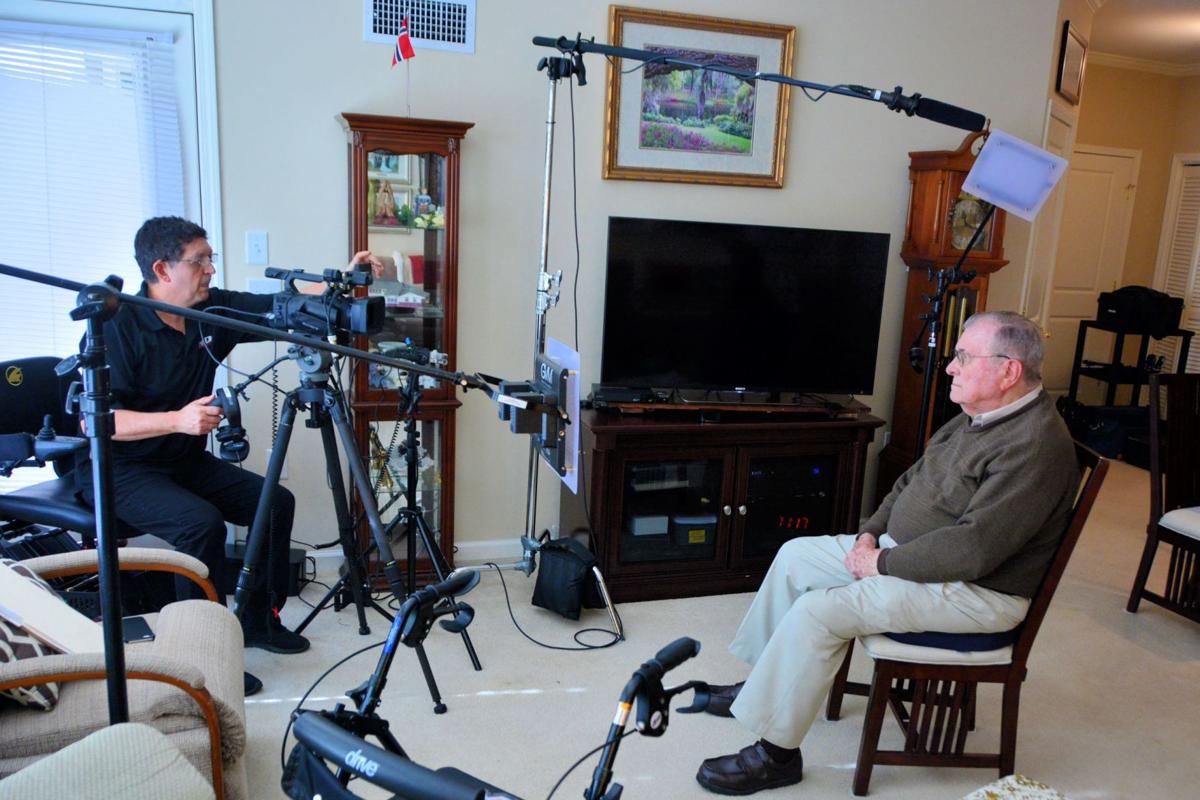 Don Russell and Elizabeth Taylor on the 1955 set of 'Giant' near Marfa, Texas.

Three B.F. Goodrich engineers, including Don Russell, second from left, with actress Jane Withers in 1955 on set of 'Giant.'

The Heritage at Brentwood resident Don Russell was a 27-year-old, junior engineer when B.F. Goodrich sent him to “a little dinky” west Texas town to help with its annual high-speed tire-testing assignment. Each year, the company rented a few rooms in Marfa, Texas’ only hotel for its engineers to call home during the two-month testing period.

In 1955, the hotel – with the exception of the engineers’ rooms – was exclusively booked by Warner Bros. to house the crew making Giant, the now-classic film about a Texas cattle rancher and his family.

An amateur photographer, Russell took his still camera as well as an 8mm home movie camera with him to Texas from his home in Akron, Ohio. In late November — 64 years later — a YouTube clip of Russell’s on-set home movie caught the eye of a California-based film producer.

In early December, a videographer hired by Premiere Productions Inc. set up shop in Russell’s Heritage apartment. He interviewed Russell, now 91, for the documentary series’ pilot.

How this all came to be is a story of luck, Hollywood intrigue and fast cars.

At the Marfa hotel, the young engineers developed a relationship with Taylor’s makeup artist, who invited them to visit the Giant set.

On set, Russell shot his own film in-between scenes. Early home movie cameras sounded terrible, he explained, as opposed to the big Hollywood ones, which didn’t make a sound when rolling.  By the time he returned home, Russell had captured priceless behind-the-scenes footage of what would be the longest-running movie ever made at the time, running more than three hours.

In 2015, “my daughter Marsha Russell Nager posted a very poor VHS copy of my home movie that I took in Marfa to YouTube,” Russell said. Whether by fate or with the help of a search engine, producers developing a 13-episode documentary television project found the post. The series is tentatively titled, “Home Movies: An Intimate Look at Ourselves, A History of Home Movies and Why We Make Them.”

“The producers regard Giant as one of the best movies of all time,” Russell said. It stars Hollywood icons Elizabeth Taylor, Rock Hudson and James Dean, who tragically died in a car accident at age 24 before the film was released.

The film won an Academy Award for Best Director and was nominated in nine other categories, including Best Picture and Best Actor, with nods to Hudson and posthumously to Dean.

After seeing the clip, the producers were determined to find Russell, as home movies about Hollywood, TV, music, sports and political legends are key to the project. It wasn’t easy.

“They sent out an email to everyone they could find named Don Russell,” he said. Ultimately, they found the right one – at home in Brentwood.

Ron Merk, president of Premiere Pictures International, Inc., called Russell and asked if he still had his original footage and would he consider participating in the “Home Movie” project.

After a flurry of back-and-forth calls and contract exchanges, Russell said yes -- then he started looking for the original movie reel.

His son John Russell, a co-owner of Arrington Vineyards with Kix Brooks, ultimately found it in one of the unpacked boxes his dad had put in his storage unit at The Heritage when he downsized five years.

The producers were also interested in Russell’s footage of his company’s 100-mph, tire-testing project, which is on the same film reel.  Russell noted that two months of high-speed testing on state roads would likely never be allowed today.

To date, the San Francisco-based company has acquired more than a million feet of home movies, including 38 minutes of never-before-seen footage of President John F. Kennedy and recently discovered footage of Ethel Merman in composer Irving Berlin’s original Broadway run of “Annie Get Your Gun.”

According to Merk, once the pilot is completed in early 2020, Premiere Productions Inc. will begin seeking broadcast partners.  Profits will support film preservation projects by The Metro Theatre Center Foundation, The Academy Film Archives, The UCLA Film and Television Archives, The San Francisco Silent Film Festival and The Library of Congress.

“James Dean, one of the famous stars of the movie, arrived at the hotel two weeks after the start of the scheduled filming since he wasn’t in the earlier scenes. He was there for a week before I left to return to Akron, Ohio.

“I had a 35-cent paper back copy of Giant that was used to get star autographs on the blank inside cover. Elizabeth Taylor, Rock Hudson, Jane Withers and Director George Stevens had already autographed my book when James Dean arrived in the lobby at the hotel.  I asked him to add his to the book and he was friendly to do so.

“It turned out he didn’t sign autographs and thus his rare autograph became a highly valued item — particularly since he was killed in a California auto accident shortly before the filming of Giant was completed.

“In 1975 I received $500 for the intact book via a New York autograph auction with all the autographs. … I thought this a whopper of a return on my 35-cent paperback. Then I saw an article on James Dean that places the 2018 value of his very rare autograph as the top autograph value (in the world) of over $20,000. It exceeds ALL other autographs in market value.

“I do have a photo of my Giant autographs but had to give up the entire book for the New York auction in 1975.”