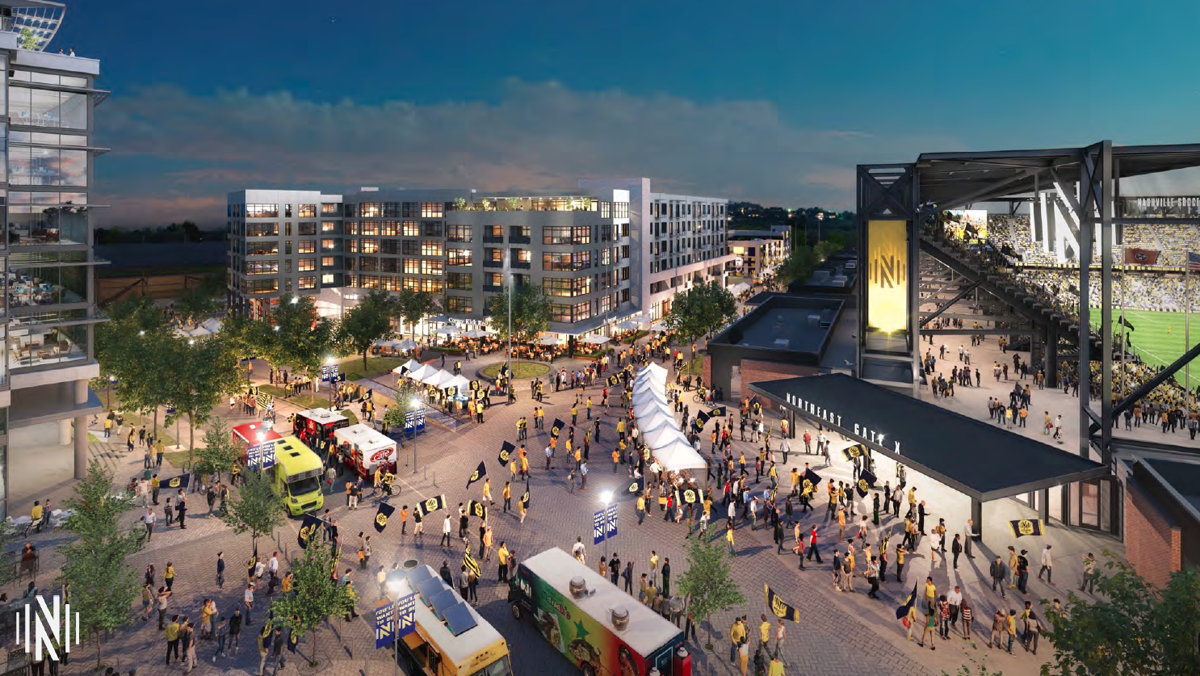 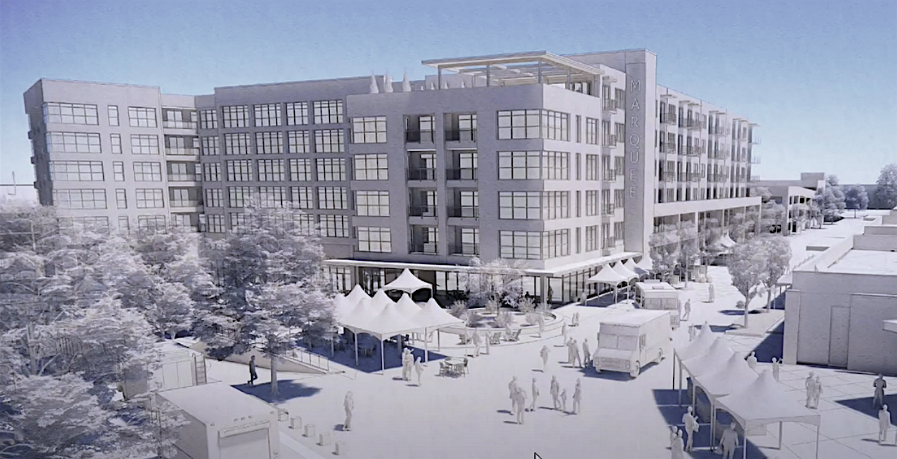 Block C building, work for which will start this year 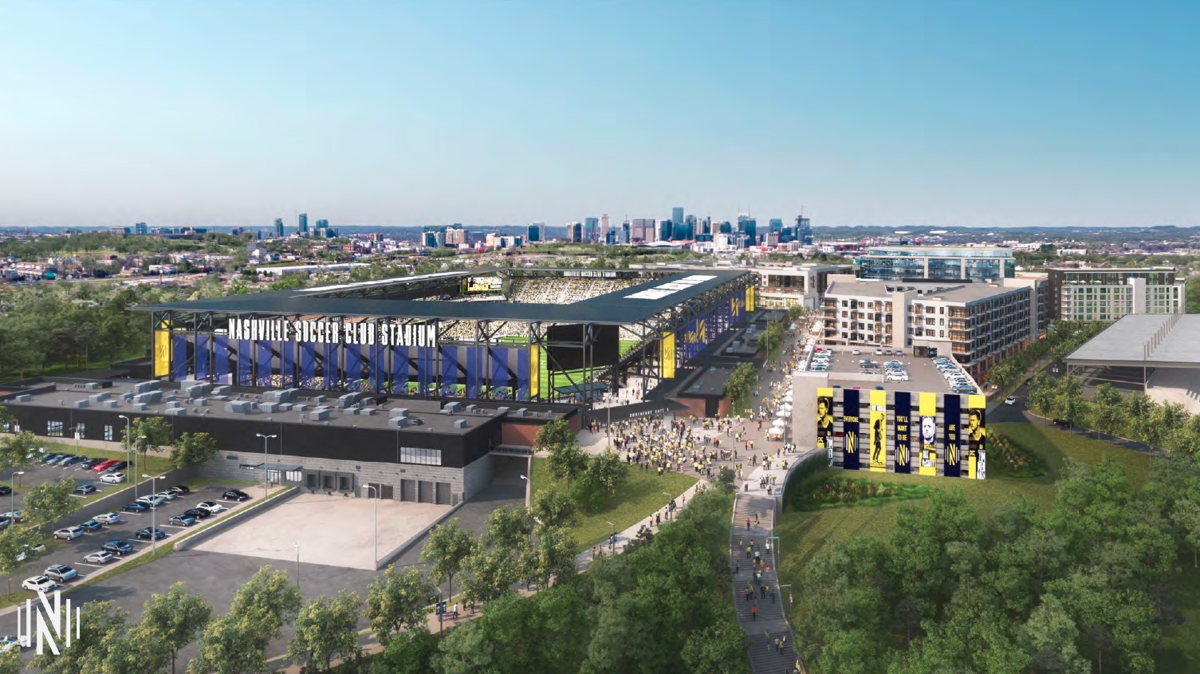 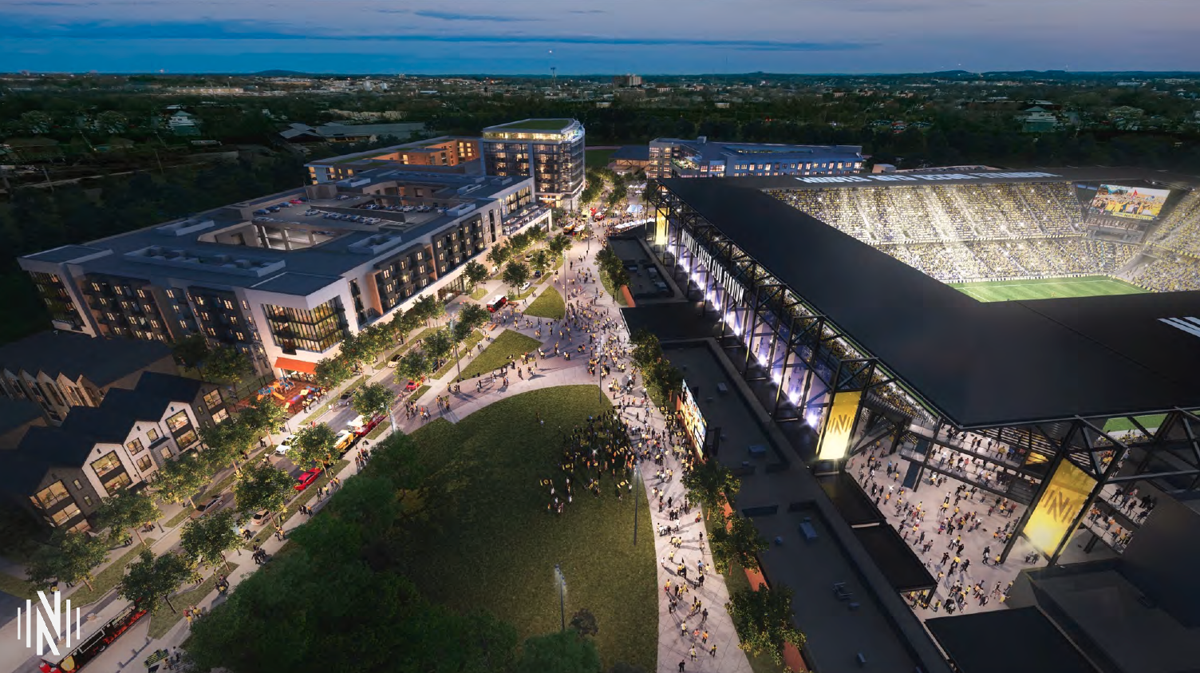 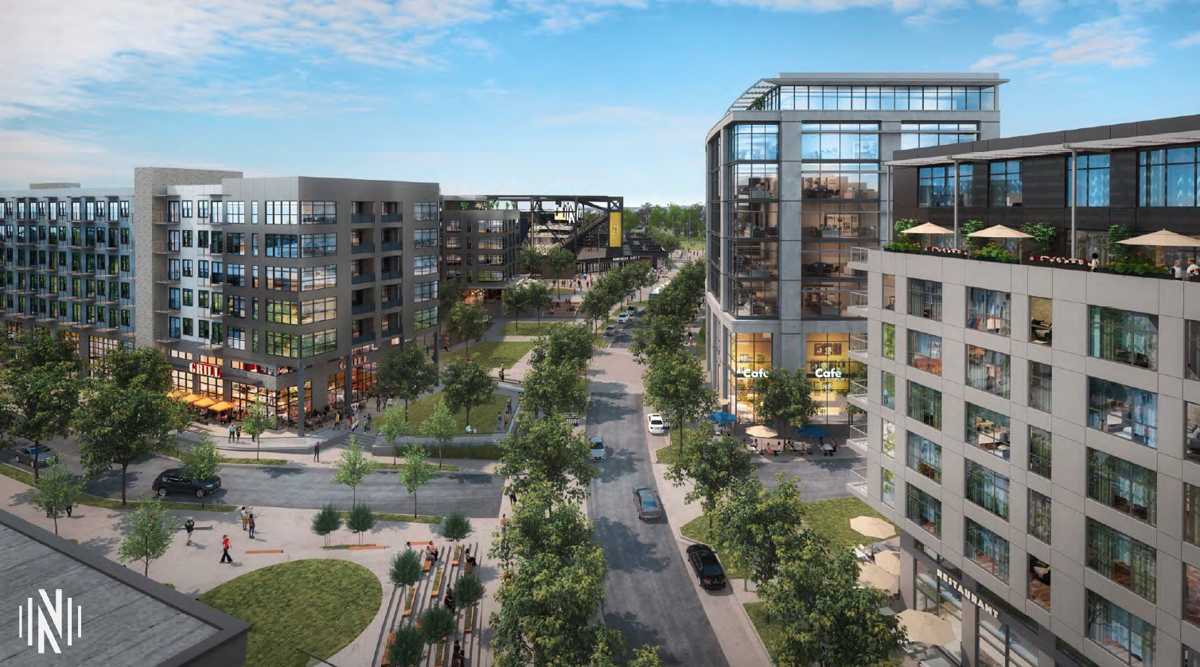 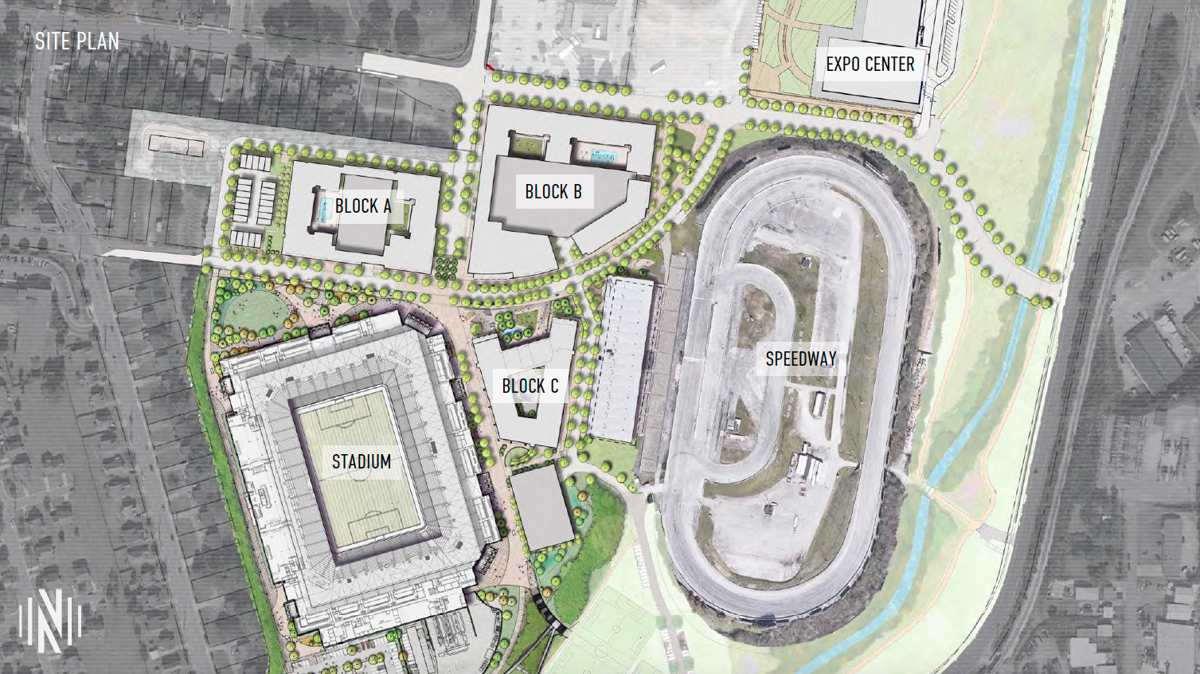 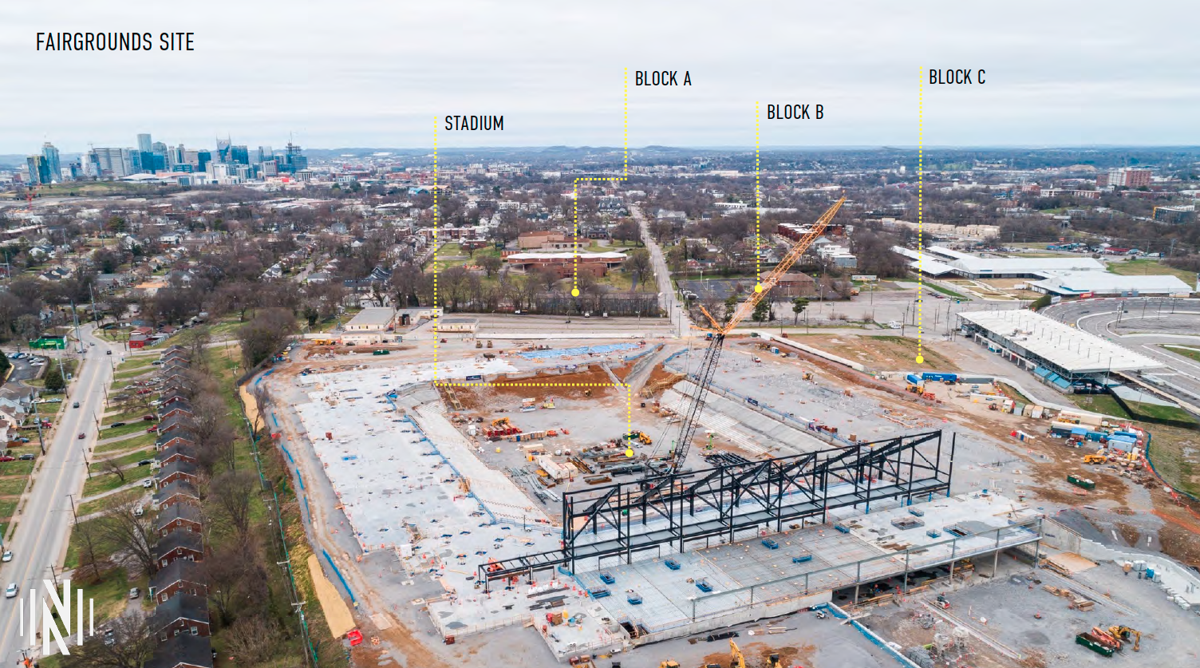 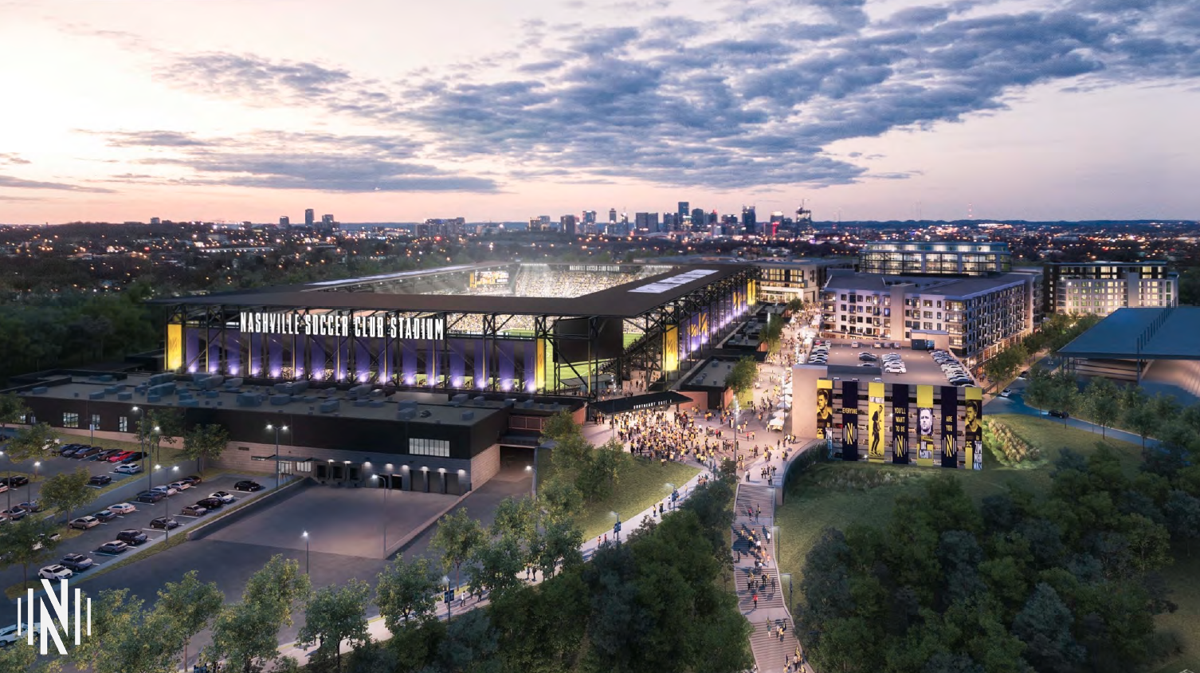 Block C building, work for which will start this year

MarketStreet Enterprises has released multiple images related to the mixed-use buildings to sit next to the future Major League Soccer stadium at Fairgrounds Nashville.

The release of the renderings — provided recently during a fair board meeting — comes as the Nashville-based development company prepares to start construction of an $80 million mixed-use building on the site's so-called Block C. As the Post reported in January, that six-story residential and retail/restaurant building will offer 328 apartments (it had been 337), with 160 priced at workforce housing rental rates. The north side of the building, which Nashville-based Smith Gee Studio designed, will feature a public plaza.

MarketStreet is developing the site with the apartment building, which is owned by Metro Government and sandwiched by the Nashville SC stadium and the Fairgrounds Speedway. Dirk Melton, MarketStreet's development director, told the Post in January a late-2023 completion is slated for the project.

Metro provided the Nashville SC ownership group a long-term ground lease to accommodate the building as part of a wide-ranging deal finalized about one-and-a-half years ago. MarketStreet will need final administrative site plan approval from the Metro Planning Commission, which will meet Thursday. Metro already has given preliminary approval.

The Metro-Nashville SC stadium agreement covered the development of the property as well as two others that will be on the north side of an extended Benton Avenue. Development of those two blocks will follow the completion of the first project, with MarketStreet to oversee those efforts, too.

The new renderings show buildings of seven and eight stories on the so-called Block B, north of Block C across Benton. The building planned the block west of those structures (and directly north of the stadium) is shown as having four stories. To the west of that are pictured a number of homes. Specifics have not been disclosed regarding construction timelines or firms to be involved with those buildings.