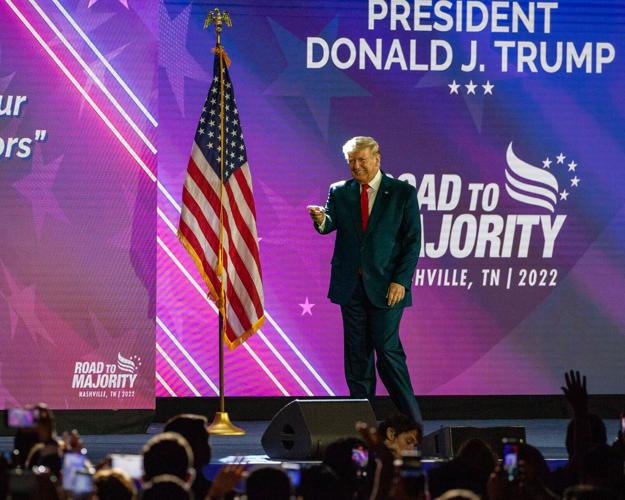 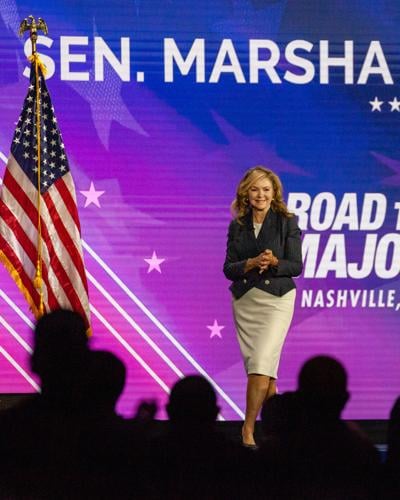 Former President Donald Trump chose Nashville for his first public appearance since the start of public hearings of the U.S. House committee tasked with investigating the Jan. 6, 2021, attack on the U.S. Capitol, speaking on day two of the Faith and Freedom Coalition’s Road to Majority Policy Conference at Gaylord Opryland Resort on Friday.

Those hearings included testimony from retired conservative federal Judge Michael Luttig, who called Trump and his allies “a clear and present danger to American democracy" because “they would attempt to overturn that 2024 election in the same way that they attempted to overturn the 2020 election, but succeed in 2024 where they failed in 2020.”

Several Middle Tennesseans, including a former Williamson County sheriff’s deputy, have been charged in relation to the attack on the Capitol, which was preceded by a speech from Trump in which he urged his supporters to march on the Capitol where lawmakers and then-Vice President Mike Pence were preparing to certify Joe Biden’s victory over Trump in the 2020 election. Several people, including law enforcement officials and attendees, died during and shortly after the attack, during which some participants threatened to kill Pence and other officials. Pence was booed and called a “traitor” by the crowd at the 2021 Faith and Freedom Coalition event.

“When Republicans take control of Congress, they should turn the table on the Democrat show-trial and immediately launch a full investigation into the egregious abuse of power that has taken place in the name of Jan. 6,” Trump told the crowd in Nashville.

Trump also confirmed that if he were to run and win reelection, he would “very seriously” consider pardons for the more than 800 Jan. 6 insurrectionist defendants who have been charged by the Department of Justice for a variety of crimes. Some 300 insurrectionists have been convicted of crimes to date.

“One of the most urgent tasks facing the next Republican president will be to restore that equal justice under the law; we have to restore it,” Trump urged the crowd. “America cannot survive if we have a system that treats Republican’s political speech as violence and Democrat’s political violence as speech.

“Remember, in the end, they are not after me, they are after you,” Trump continued. “They’re after everything we stand for. It’s your freedom, it’s your rights, your values, your prosperity and your country. They are trying to take it all away.”

While the conference included “policy” in the name, little actual policy was discussed by any of the speakers, outside of the GOP’s familiar talking points about illegal immigration, abortion, transgender rights, critical race theory, government response to the pandemic, “wokeism,” big tech, “the radical left,” the recent U.S. Supreme Court leak, the media and the Biden administration.

The event featured more than a dozen speakers ahead of Trump, with Tennessee Sen. Marsha Blackburn kicking off the day by welcoming the crowd of more than 1,000 “happy warrior freedom fighters” to the convention center, warning them that they are under “attack” from secularists.

“What an opportunity it is every day to get up and go fight for what I call the big five — faith, family, freedom, hope, opportunity,” Blackburn said. “And interestingly enough, this administration and the left has an all-out attack going on [against] our faith, our family, our freedom, our hope, opportunity for all Americans — and we see it play out every day.”

While Blackburn was an energetic crowd favorite, fellow Tennessee Sen. Bill Hagerty was less enthusiastic in his railing against the Biden administration, specifically criticizing the administration’s foreign policy agenda, saying that the nation is “worse off under Joe Biden.”

“All of this is why we must set our sights on November, holding firm for conservative values that we know and support — freedom, prosperity and American strength,” Hagerty said. “The stakes are high these next six months. It's absolutely critical that we take back the House and the Senate. It's the only way we can get our nation back on the right track.”

On Saturday, U.S. Rep. Mark Green (R-Clarksville) addressed the crowd, starting off his speech with his usual recounting of his military service, specifically noting his oath to uphold the Constitution.

“Never in my wildest dreams did I think at that time that the threats to the Constitution of the United States would be more domestic than they are foreign, but sadly today that is the case,” Green said, arguing that the “radical left” is attempting to “concentrate power in Washington, D.C.” in order to curb the freedoms of Americans with what he alleged are intentional attempts at sowing chaos in order to secure power.

“There is a battle going on right now in the United States between these two concepts of freedom and tyranny,” Green added. “We need giant-slayers in this country today, and I see them in this audience.”