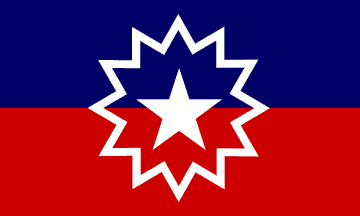 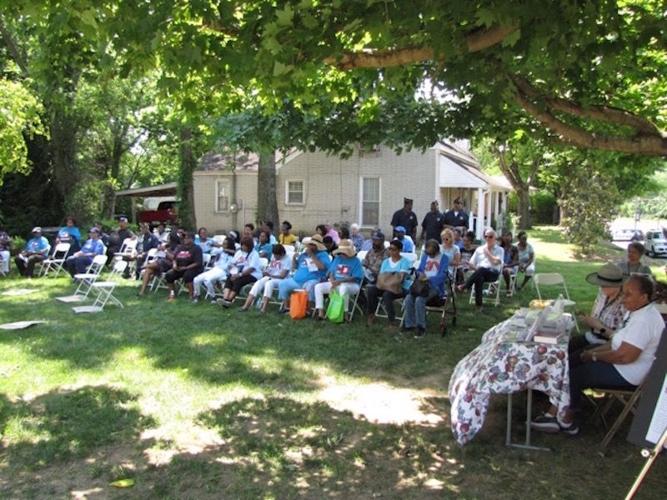 The 2019 Juneteenth was held at the McLemore House and the 2020 event was celebrated virtually. This year's Juneteenth hosted by the African American Heritage Society of Williamson County will take place at Pinkerton Park. 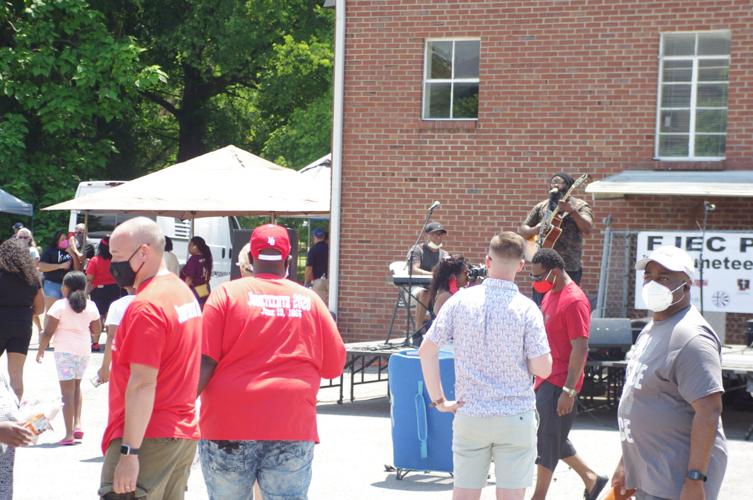 The 2020 Juneteenth celebration at the First Missionary Baptist Church parking lot was the first hosted by the Franklin Justice and Equity Coalition. The nonprofit's second Juneteenth is Saturday on the Franklin town square.

It’s being billed as “One Historic Celebration, Two Historic Locations,” and organizers of this year’s Juneteenth in Franklin believe the holiday will live up to the stated theme.

For the first time, Franklin will be the site of two Juneteenth celebrations Saturday as the African American Heritage Society of Williamson County holds one at Pinkerton Park from noon to 3 p.m. and the Franklin Justice and Equity Coalition presents one on the Franklin town square from 10 a.m. to 4 p.m. Both promise to offer family-friendly fun, food and fellowship while imparting the full meaning and history of Juneteenth, the oldest holiday celebrating the ending of slavery in the United States.

“Juneteenth is a celebration of freedom, with three pillars we’re presenting — education, empowerment and entertainment,” said Walter Simmons, pastor of Empowerment Community Church and a co-founder of FJEC. “What we want (attendees) to understand about Juneteenth is that we’re one city, one people celebrating the same event.”

The AAHS has led Juneteenth celebrations for the past 16 years in the city of Franklin, with activities normally taking place at the historic McLemore House in the city’s Hard Bargain community. The 2020 Juneteenth was held virtually in the midst of the COVID-19 pandemic, and this year’s celebration — with the McLemore House under renovation — has moved to Pinkerton Park off Murfreesboro Road.

“The African American Heritage Society and so many others in our community recognize the importance of Juneteenth and will continue commemoration of that historical day in 1865 and the sacrifices made by those who have gone on before,” AAHS President Alma McLemore said.

Part of the day’s celebration will be the unveiling of a marker dedicated to Union Army Gen. Gordan Granger at 12:30. After the Federal Army took control of the city of Nashville in 1862, Union troops under the leadership of Gen. Granger occupied the city of Franklin, where a fort was built and named in his honor. Fort Granger is listed on the National Register of Historic Places and can be accessed by a trail from Pinkerton Park. Visitors can also reach the park more readily from Eddy Lane.

Once the Civil War ended, Granger marched his troops into Galveston, Texas, on June 19, 1865, to announce and enforce the freedom of its slaves who were still unlawfully held in bondage nearly two-and-a half years after the Emancipation Proclamation went into effect in 1863.

Using the theme “Celebrating Freedom and Standing United in Mind, Body, & Spirit,” the Juneteenth celebration at Pinkerton will be complete with food trucks, games, music, door prizes and, of particular note in light of the COVID-19 pandemic, a health fair. Several health care providers will be on hand for screenings, checkups and general information.

Attendees can find plenty to eat from a selection that includes MoeBetter BBQ & Fish, the Grilled Cheeserie and Pueblo Real. Youngsters can enjoy free hot dogs and strawberry sodas provided by AAHS and MoeBetter.

The annual cake walk will take place, featuring homemade cakes of nearly all kinds being paraded and then auctioned off in a fundraiser for the AAHS.

Many door prizes will be given away, including a Fitbit Ionic Smartwatch. Also, the 13th United States Colored Troop Company A reenactors will be a part of the day’s activities.

The Franklin Justice and Equity Coalition — which was established last year after the horrific deaths of Ahmaud Arbery, Breonna Taylor and George Floyd in order to see justice and equity flourish for all people in the city of Franklin and Williamson County — will be hosting its second annual Juneteenth when the celebrating commences on Franklin’s town square.

The FJEC held a Juneteenth celebration on the parking lot of First Missionary Baptist Church last year to offer hope and encouragement during a peculiarly challenging time in the nation’s history. Simmons said around 500 people came out to enjoy the local vendors, food, live music, dancing and giveaways.

This year’s “A Celebration of Freedom” event, which is being held in conjunction with the Fuller Story, will be hosted by Church of the City. It will feature food trucks, a kids zone, vendors, entertainment, readings, awards, DJ Reggie Mason, and a concert series from Kojo Co, Trisha Alicia and Jason Eskridge.

With Pinkerton Park and the town square being so close to each other, attendees can go from one site to the other in a relatively short walking distance. Also, the Franklin Transit Authority will be running trolleys between the two sites throughout the day.

On Friday, the eve of Juneteenth, the FJEC is presenting its “Inaugural Juneteenth Gala” at the Fleming House at Carnton. The sold-out event, hosted by the Battle of Franklin Trust, will recognize community leaders with the R.L. “Denny” Denson and Scott Roley awards. The recipients of this year’s award will be Fuller Story founders Eric Jacobson, Kevin Riggs, Chris Williamson and Hewitt Sawyers, who will dedicate the United States Colored Troop Soldier later this year.

Also receiving this award will be community advocates Justin Kanew, and Dustin Koctar. In addition, the FJEC will recognize community leaders Robert Blair, Tara Blue, Inetta Gaines, Alma McLemore, Doris McMillan, and Lauren and Kayla Williamson. The Don Adams Band will perform, and DJ Cevan will play the music for the event.