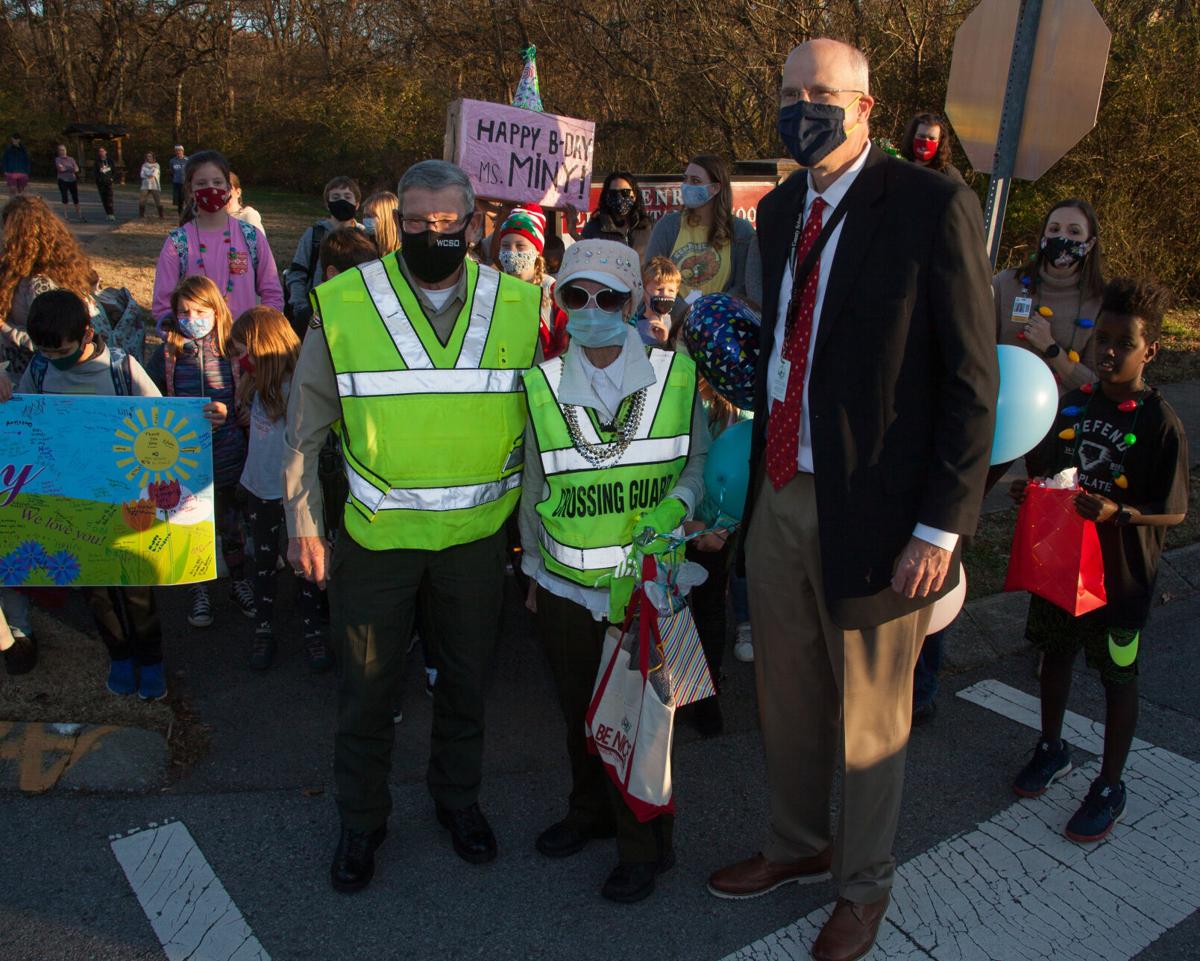 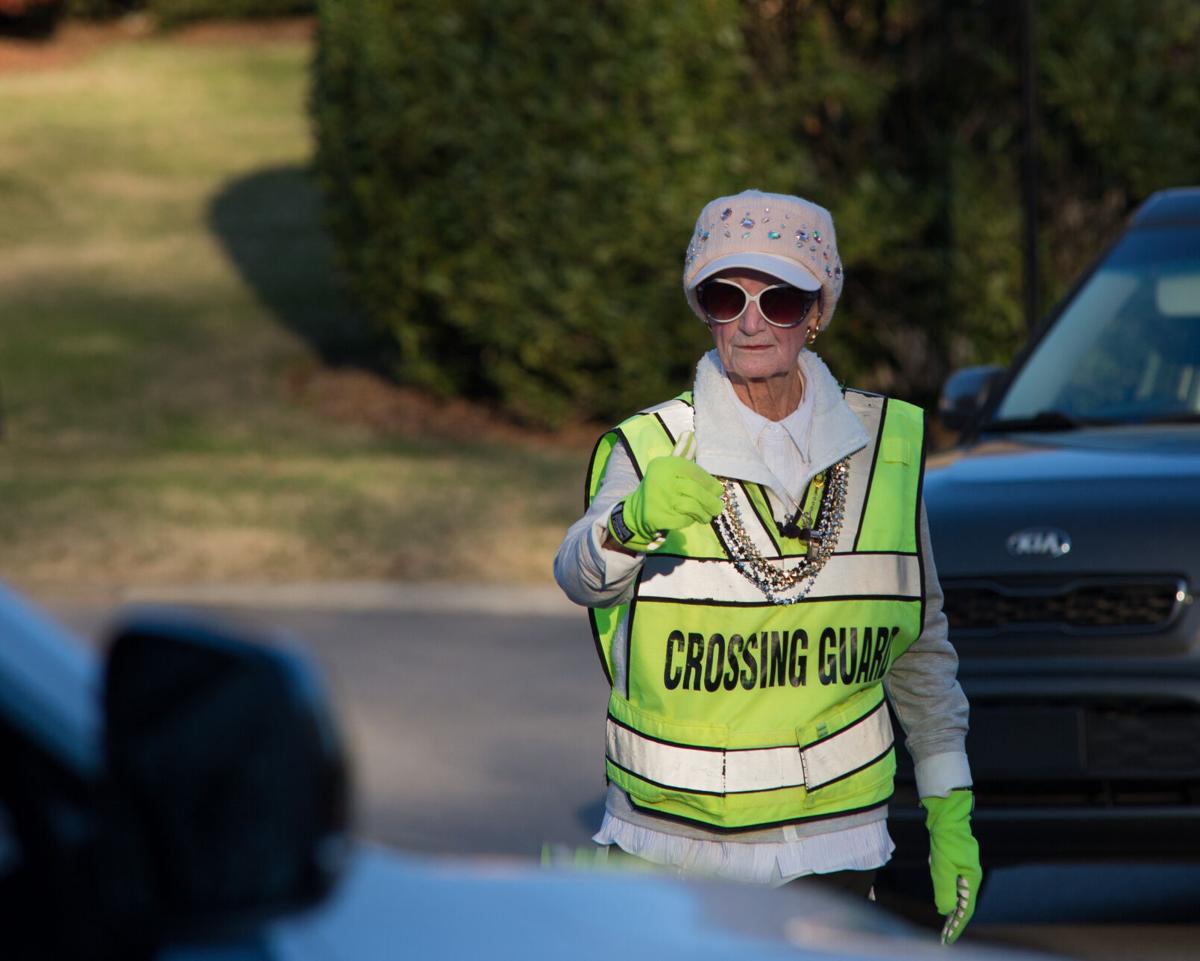 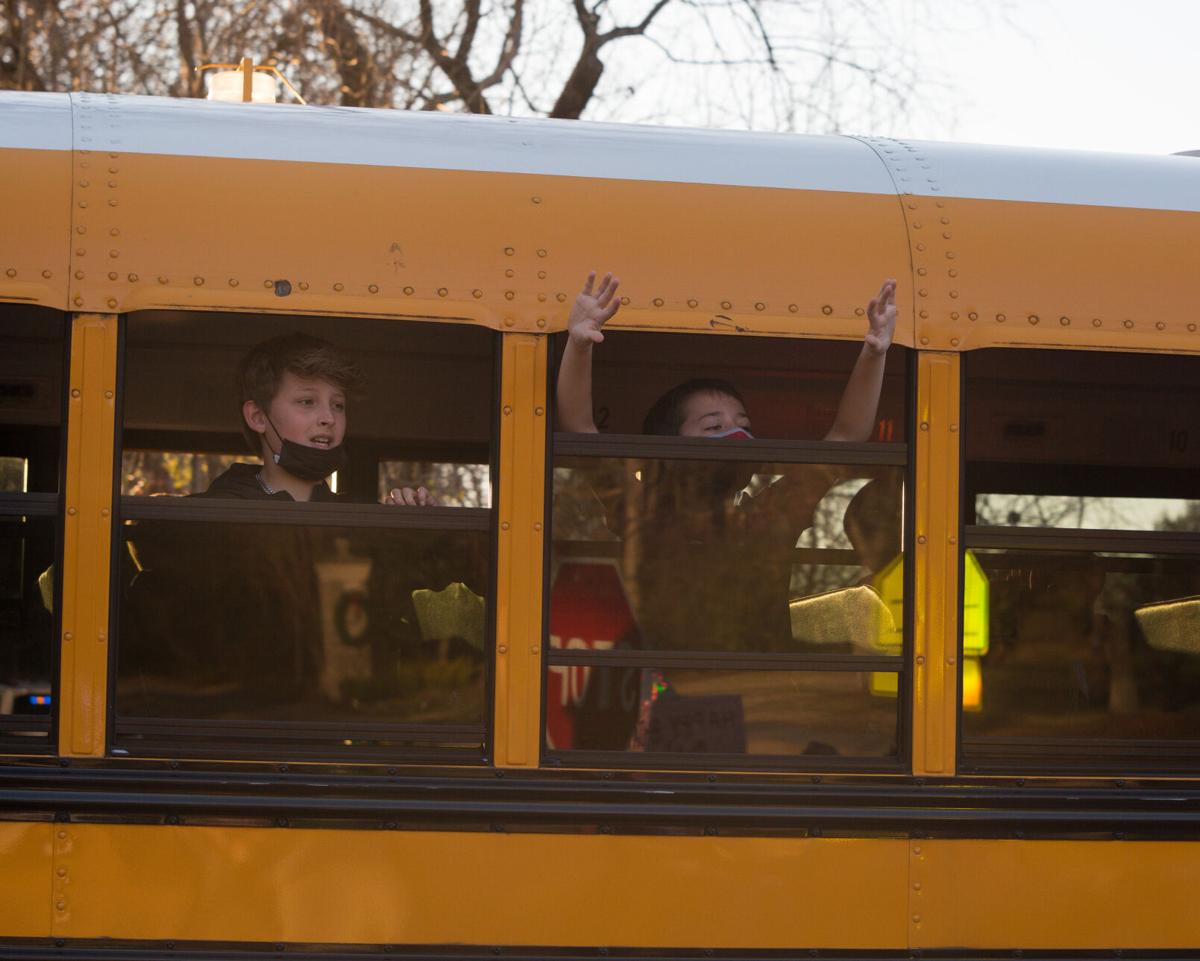 Miny Weaver has been a crossing guard with the Williamson County Sheriff's Office since Aug. 5, 2016, where she's helped students and parents safely enter and exit the grounds of Kenrose Elementary.

On Thursday the Kenrose community helped to wish Weaver a happy 92nd Birthday.

Several dozen students and teachers were joined by officials from Williamson County Schools and the WCSO, including WCS Superintendent Jason Golden and Sheriff Dusty Rhoades, to celebrate Weaver's birthday and her continued service.

Students handed Weaver balloons, gifts and cards, while some community members and neighbors drove by wishing her a happy birthday and waving from vehicles.

One of those neighbors was Denise Smith who placed a birthday card on Weavers car while she directed traffic.

Smith's children used to attend KES and she still works to keep up that relationship with her favorite crossing guard.

"She's got such a huge heart and is the heart of the community," Smith said. "Sometimes I walk down her just to see Miny directing traffic and I just say, 'hello,' and walk back -- that's the truth, I just love to say, 'Hi,' to her."

Weaver said that while she's officially 92 that she doesn't feel a day over 80, in part due to the support and love shown to her by the Kenrose community.

"I love it and they've all be really good to me," Weaver said. "I'm on my fifth year and I haven't had a single problem."

When asked what Weaver brings to this community, Rhoades simply pointed to a school bus full of children shouting, 'Happy Birthday!' as they rolled through the intersection.

"That's what she brings," Rhoades said. "She's a legend."

"There's something special about serving children," Golden added, "And when she adds her energy to that service, it really brings our community together. It makes for a happy day for our children right from the start of the school day."