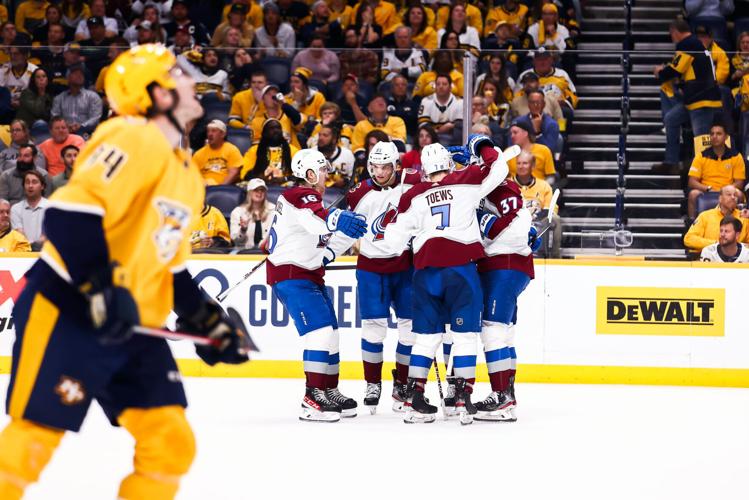 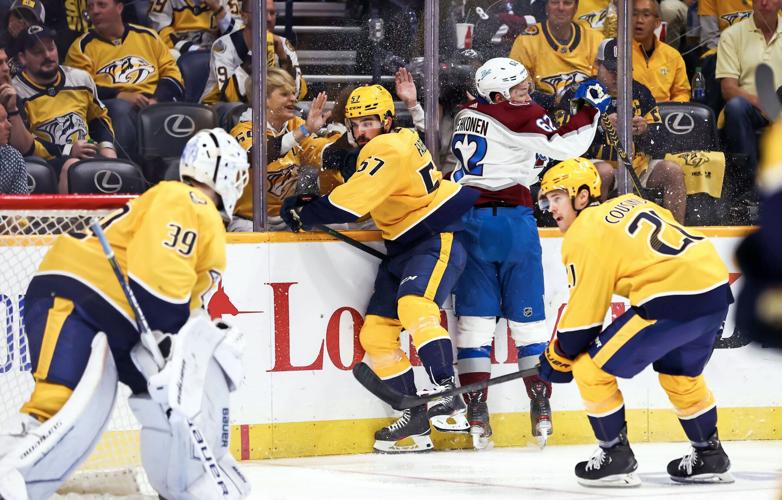 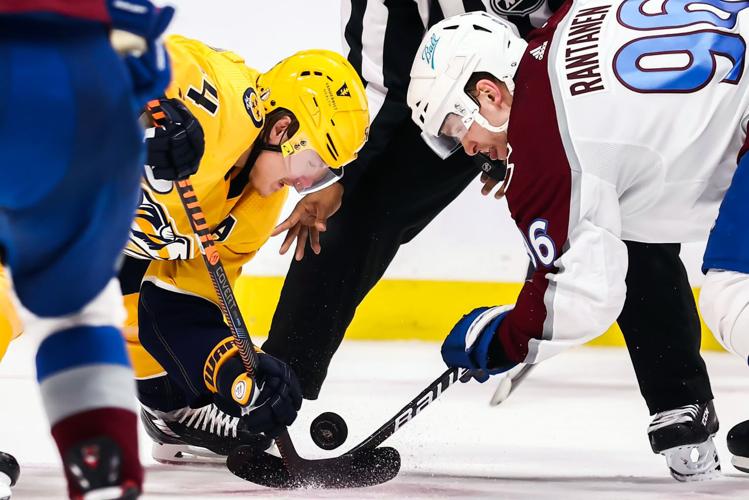 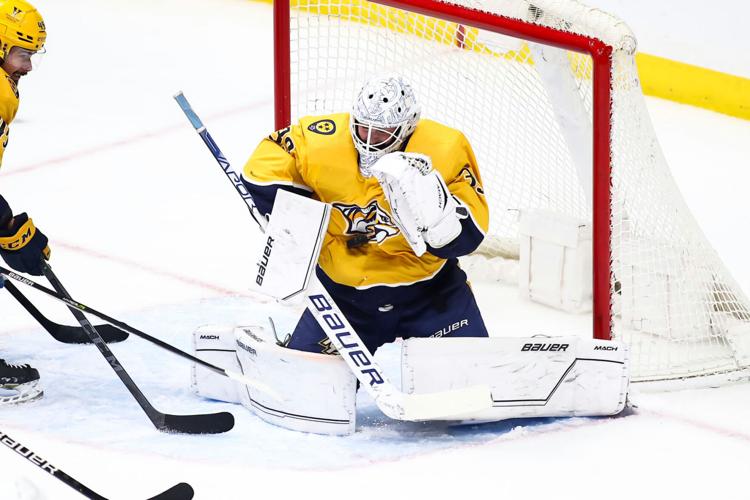 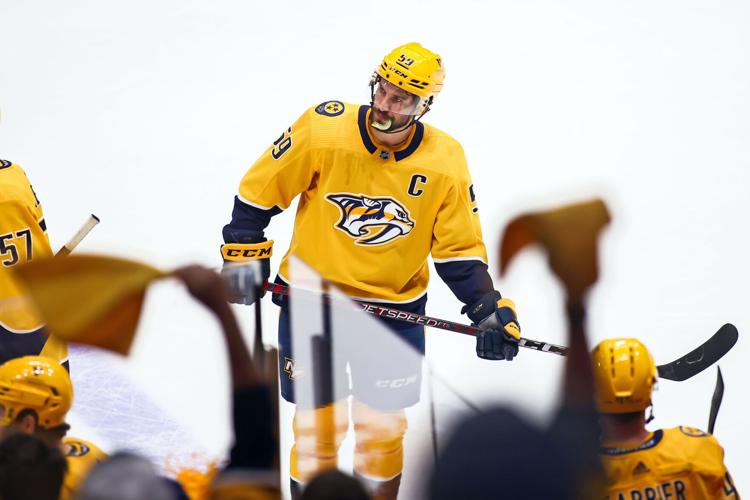 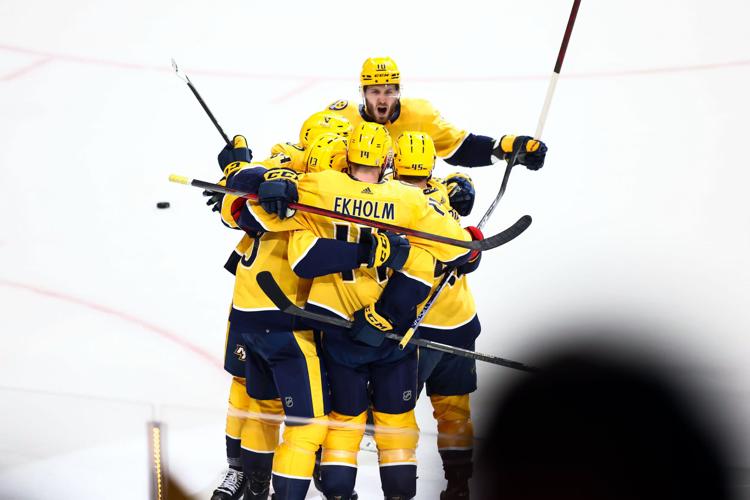 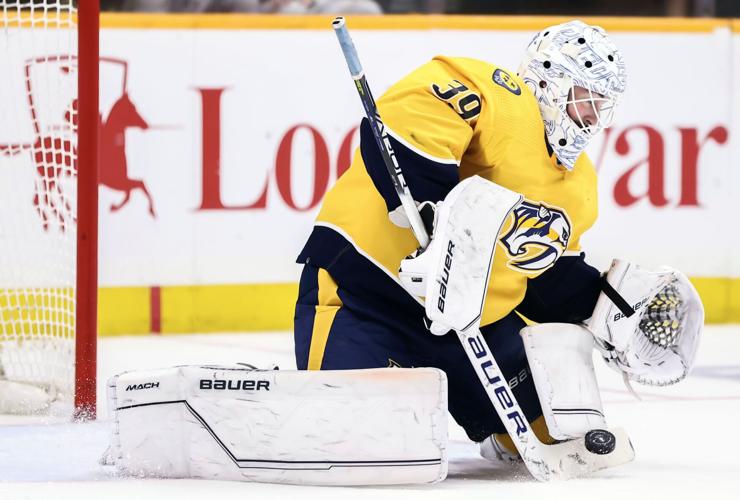 Nashville Predators general manager David Poile dubbed the 2021-21 season a “competitive rebuild” over the summer, likely in an attempt to temper the fanbase’s expectations of a team that wasn’t going to be good enough to make a deep playoff run but not bad enough to be picking in the draft lottery either.

And yet, the Juuse Saros-less Predators were swept for the first time in franchise history by the Colorado Avalanche, who outclassed them at every turn and made the Predators at time look like a junior varsity hockey squad.

“The fact that we weren’t able to win a game is something we all take personal, for sure” Predators coach John Hynes said.

So, where does Nashville go from here?

“There’s a lot of work we have to do,” Predators captain Roman Josi said. “It starts with the work ethic. I think that’s something we have in this room, but obviously, we lost four [in a row], and there’s still a big difference [between us] and the top teams in the league. We’ve got to find a way to win in the playoffs.”

Hynes has taken the Predators to the playoffs in each of his three seasons with the club, but he hasn’t made it out of the first round once. In fact, Nashville has just three wins in 11 playoff games under Hynes, who hasn’t coached the team to a finish better than fourth place in the Central Division.

“Once you get [to the playoffs], you want more,” defenseman Mattias Ekholm said.

Nashville hasn’t won a playoff series since its Presidents’ Trophy winning season in 2017-18. That was also the year the Predators faced an upstart Colorado Avalanche, who like Nashville this year, wasn’t supposed to be a playoff-caliber team.

The two franchises have taken divergent paths since, except that Colorado team had a nucleus of up-and-coming stars like Nathan MacKinnon, Gabriel Landeskog and Mikko Rantanen to build around.

In the years after, Colorado added to that core a talented group of young guns that includes Cale Makar, Devon Toews and Sam Girard, and several savvy veterans with scoring touch like Valeri Nichuskin, Artturi Lehkonen and Nazem Kadri.

The team’s other top young talent — Egor Afanasyev, Zachary L’Heureux, Yaroslav Askarov, Fedor Svechkov, David Farrance — are all at least a minimum of one year away from being NHL-ready, and most likely need at least two or three years of seasoning still.

So, what comes next?

The Predators have nothing to show for the last four years except for four straight first-round playoff exits and a fanbase growing more restless by the year.

The team’s core — Ekholm (31), Josi (31), Matt Duchene (31), Mikael Granlund (30), Ryan Johansen (29) — aren’t getting any younger, and it could be time for Poile, president and CEO Sean Henry, or perhaps even team ownership to take a long, hard look in the mirror and have an honest conversation about where the Predators are headed.

“You play in this league, I mean, for 10-plus years now, you know, this is where you don’t want to be,” Ekholm said. “I’ve been here way too many times. With the playoffs, you never know how many chances you get.”

There’s only so many times a team can be ousted in the first round of the postseason before the fan base starts to turn on them. The Predators could be dangerously close to reaching that point.