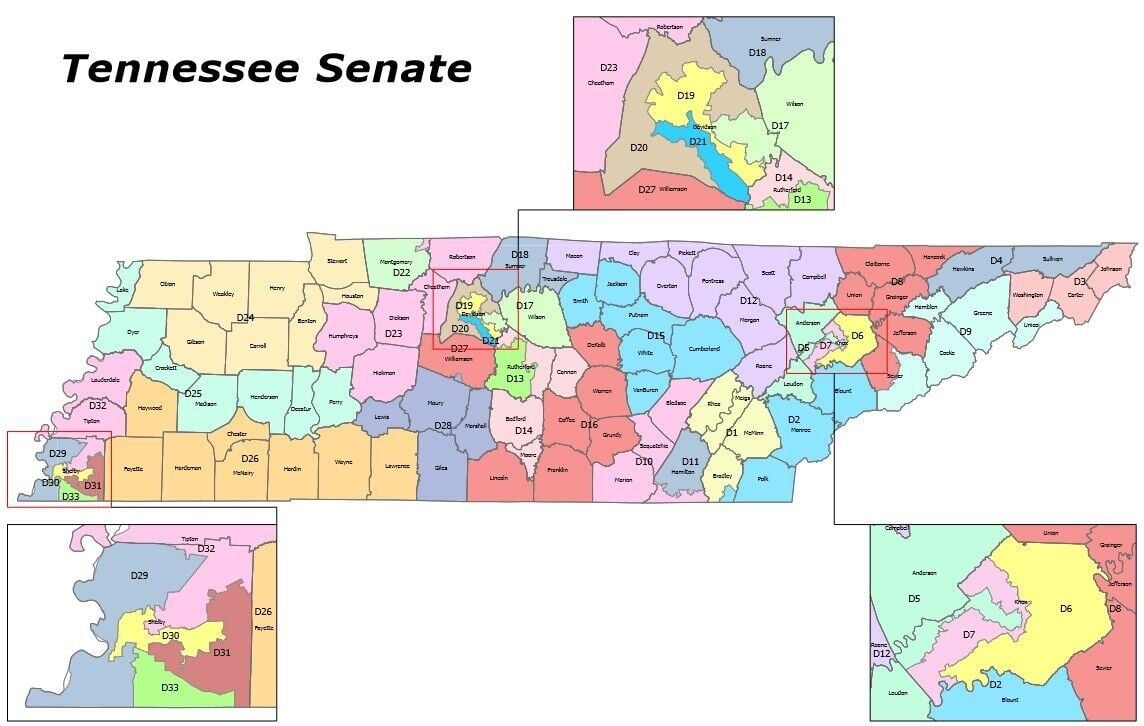 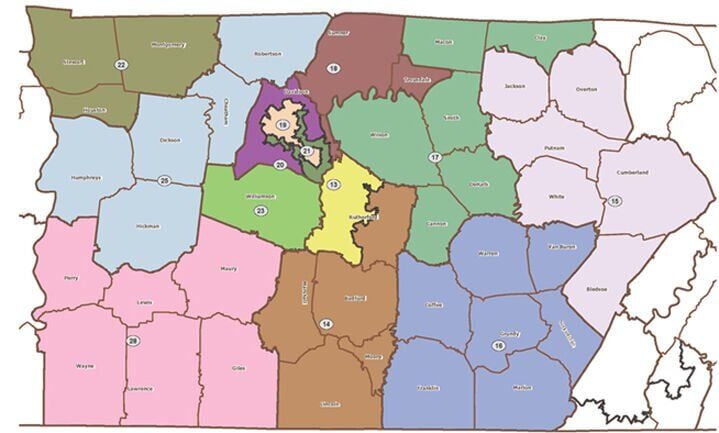 Continuing a wave of redistricting news this week, Tennessee Senate leaders on Thursday released plans for their own districts, part of a suite of new maps expected to get final approval next week.

The Senate redistricting committee approved the plans with little debate Thursday, sending them on to the Senate Judiciary Committee. Both the House and Senate must approve all three maps, votes that are expected late next week.

The three whole districts retain approximately the same configuration, with District 19 encompassing the central core of the county and a sliver to the southeast and the swing District 20 forming a ring around most of the county.

In neighboring Rutherford County, Republicans seem to have cut off any hope for a Democratic flip. The fast-growing areas on the border of Davidson County, like Smyrna and La Vergne, have been removed from District 13 and added to a new-look District 14 that snakes its way south into more rural, more conservative counties.

Though Senate Minority Leader Jeff Yarbro (D-Nashville) saved most of his disdain for the congressional map, he said at the Thursday meeting that legislators should slow down and not rush passage of the maps because the public saw them for the first time this week.

“The Senate map isn’t any better than the [U.S.] House map, just a racist and petty exercise in asserting political supremacy over our communities,” said Aftyn Behn, the Nashville-based campaign director for progressive group RuralOrganizing.org. “As the map stands, our new congressional reps can expect steady, prolonged and uncomfortable accountability campaigns, which will shred their reputations and any ability to ever run in the state of Tennessee for higher office.”

Much of the map-making was completed behind closed doors, despite opportunities for members of the public to testify before the committee and submit plans of their own, which were each dismissed with little debate.