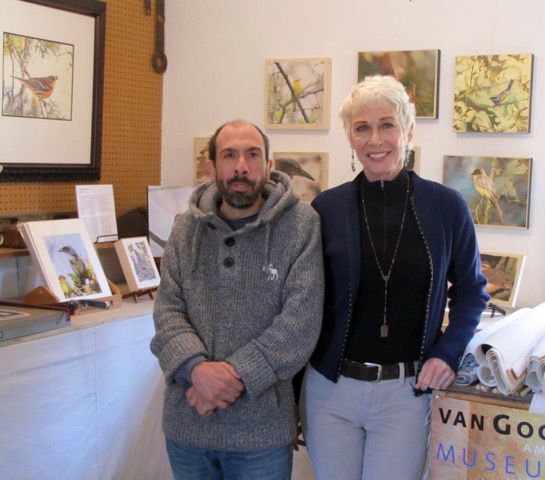 Anne Goetze and her son, Nathan Collie, stand in the art studio at their home in Leiper's Fork. 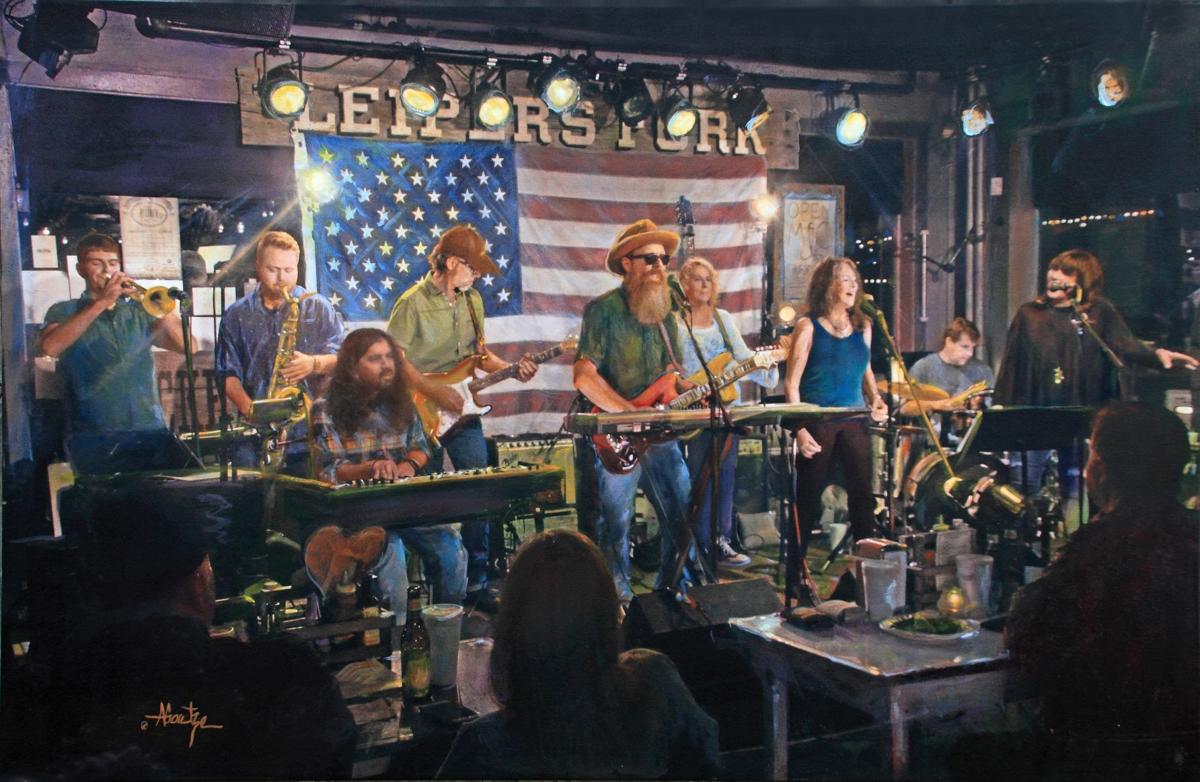 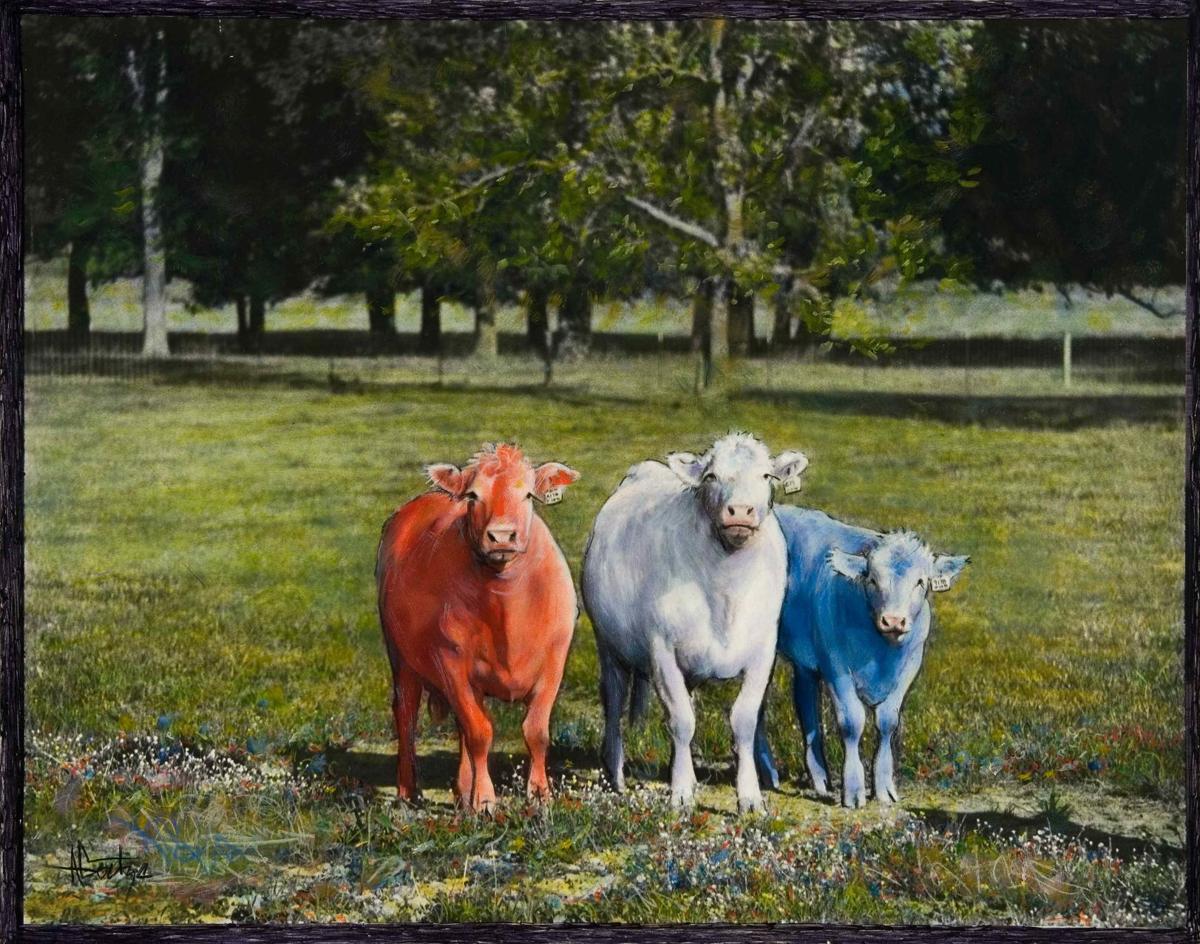 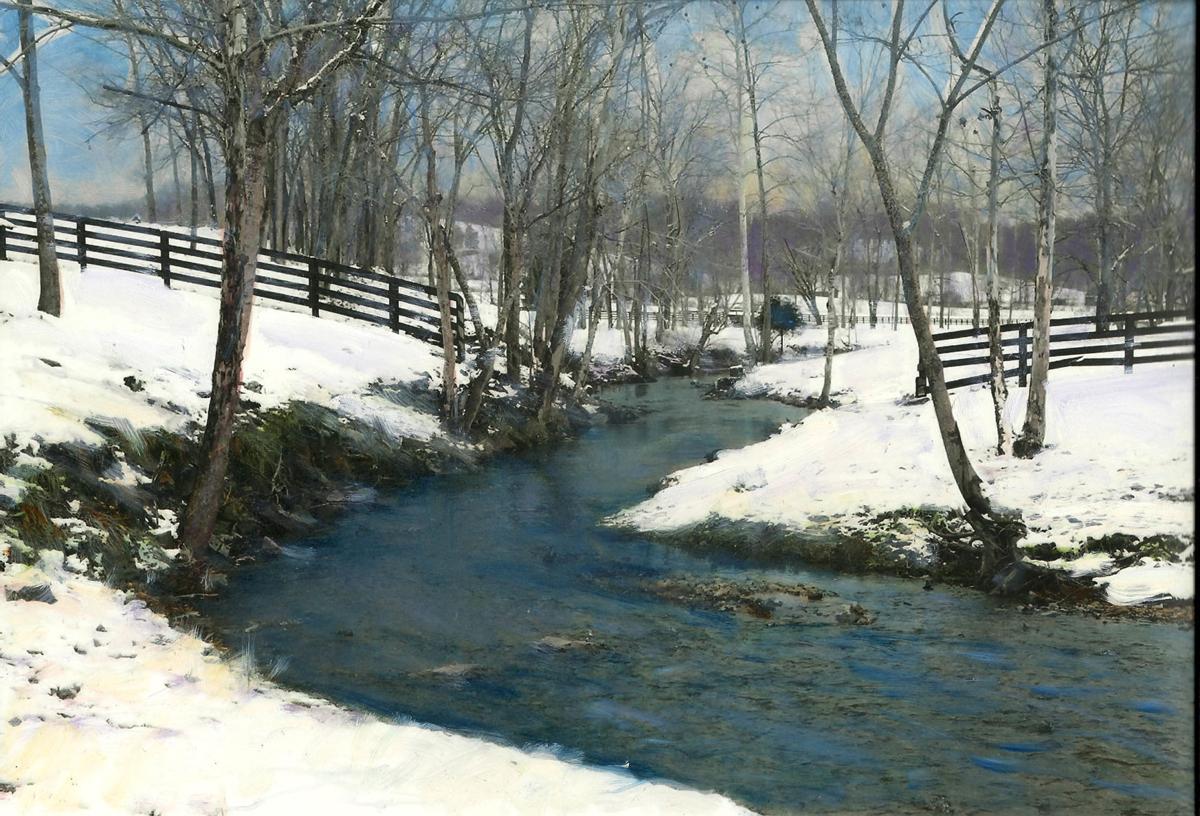 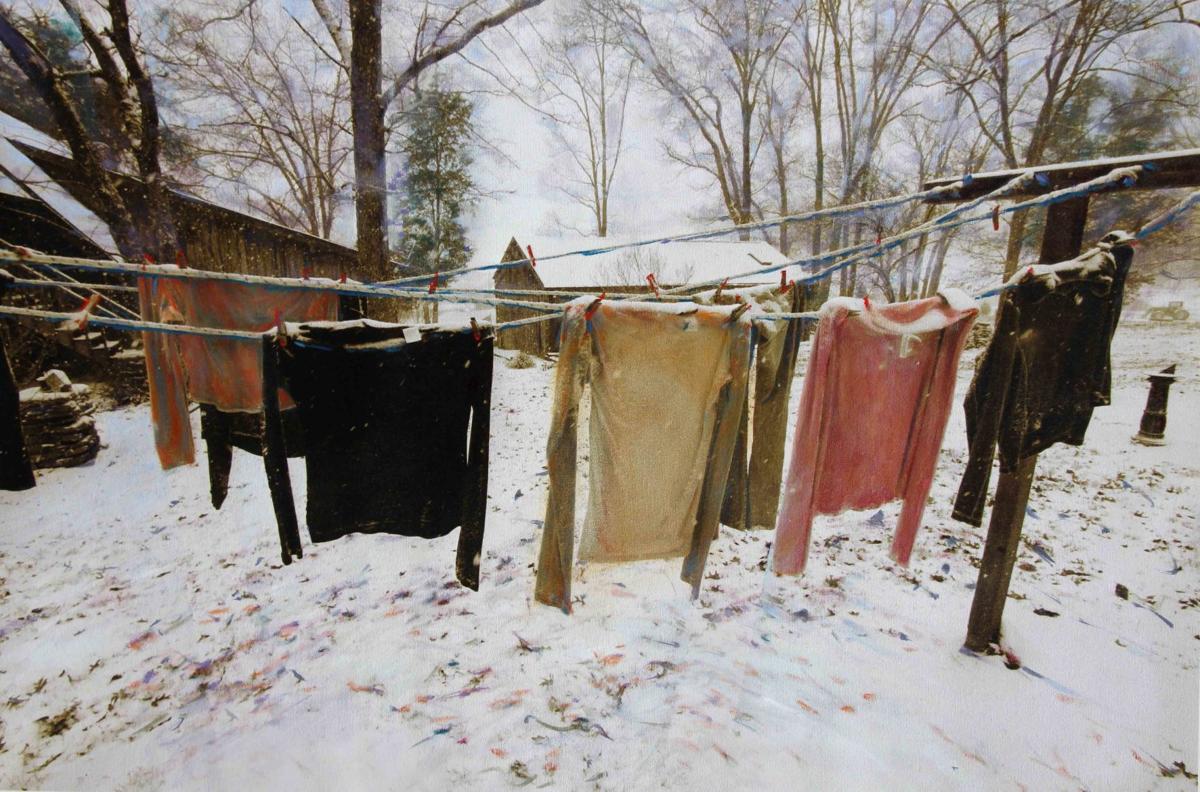 A Country Line Can Survive 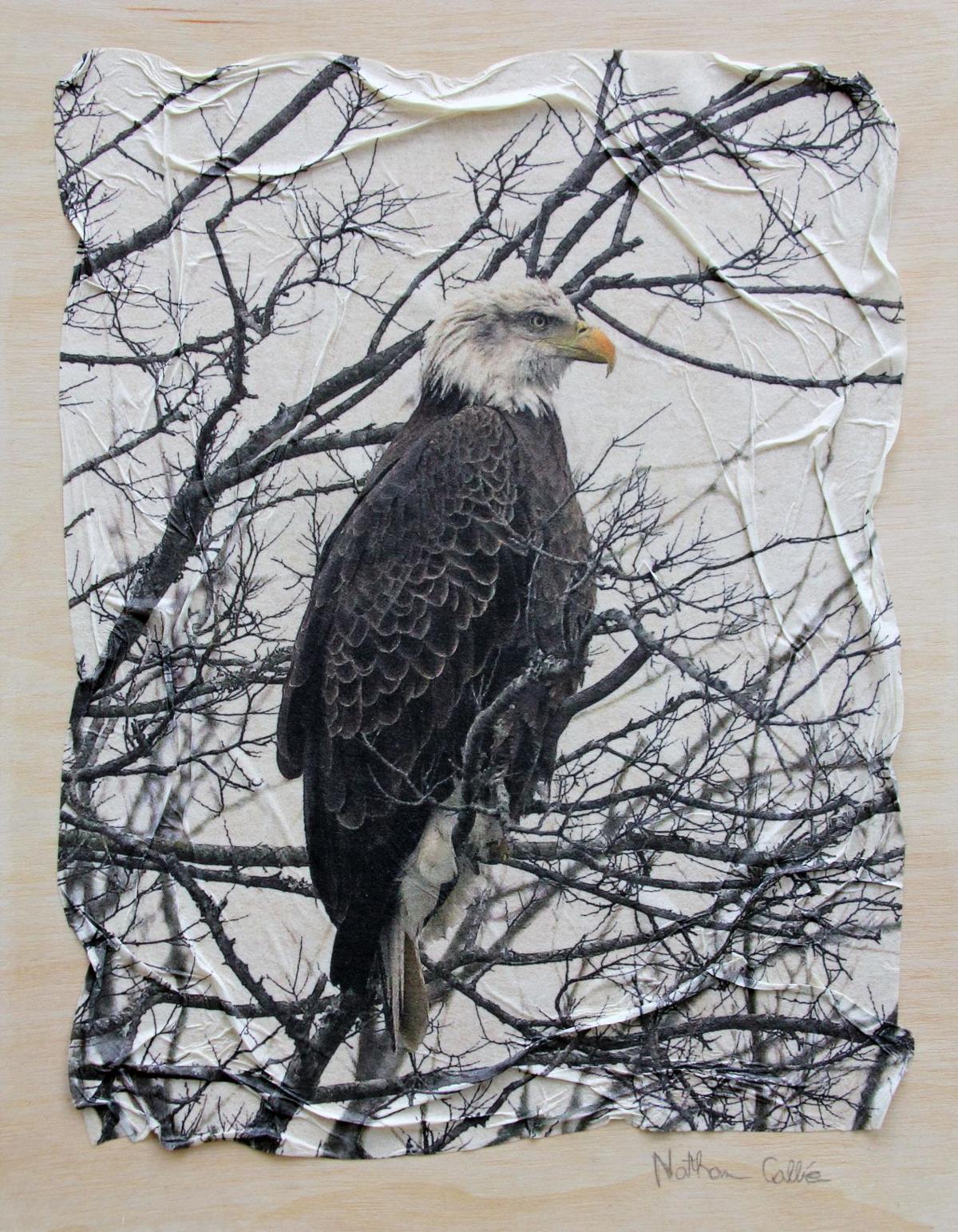 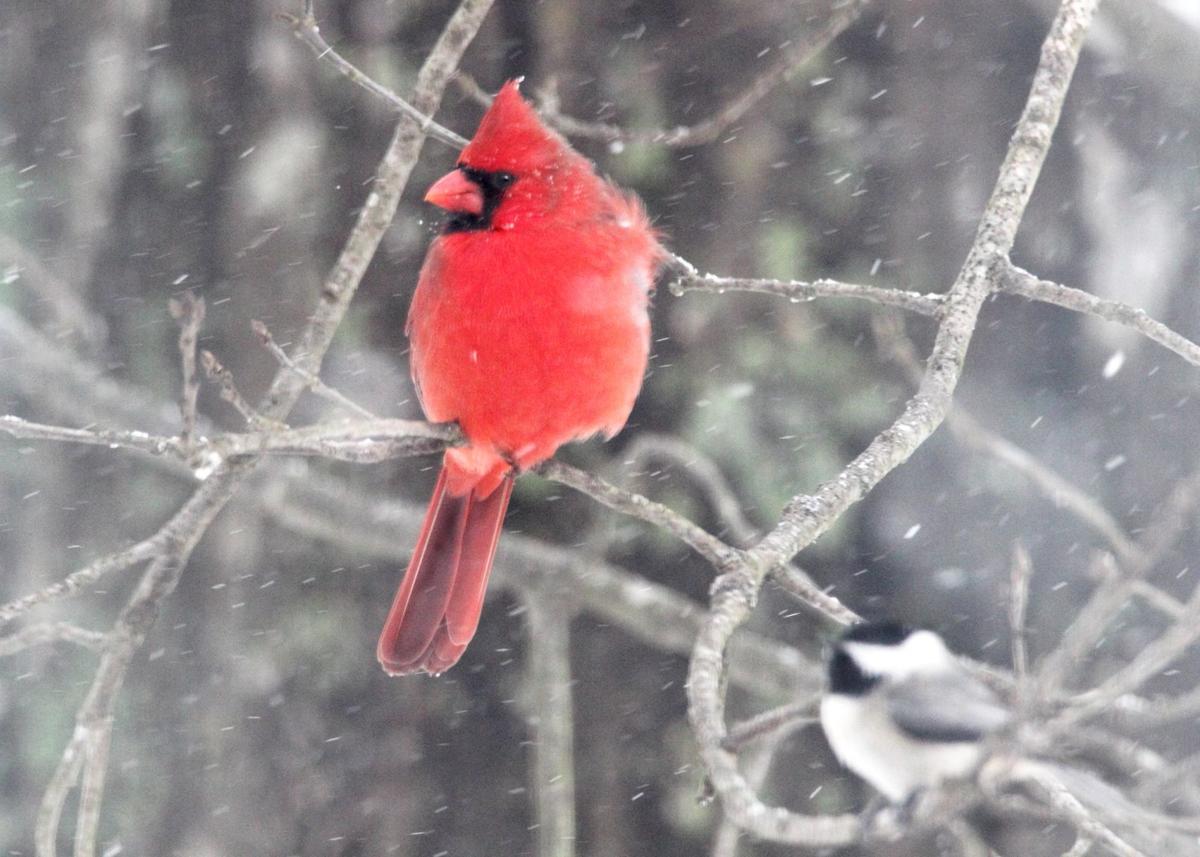 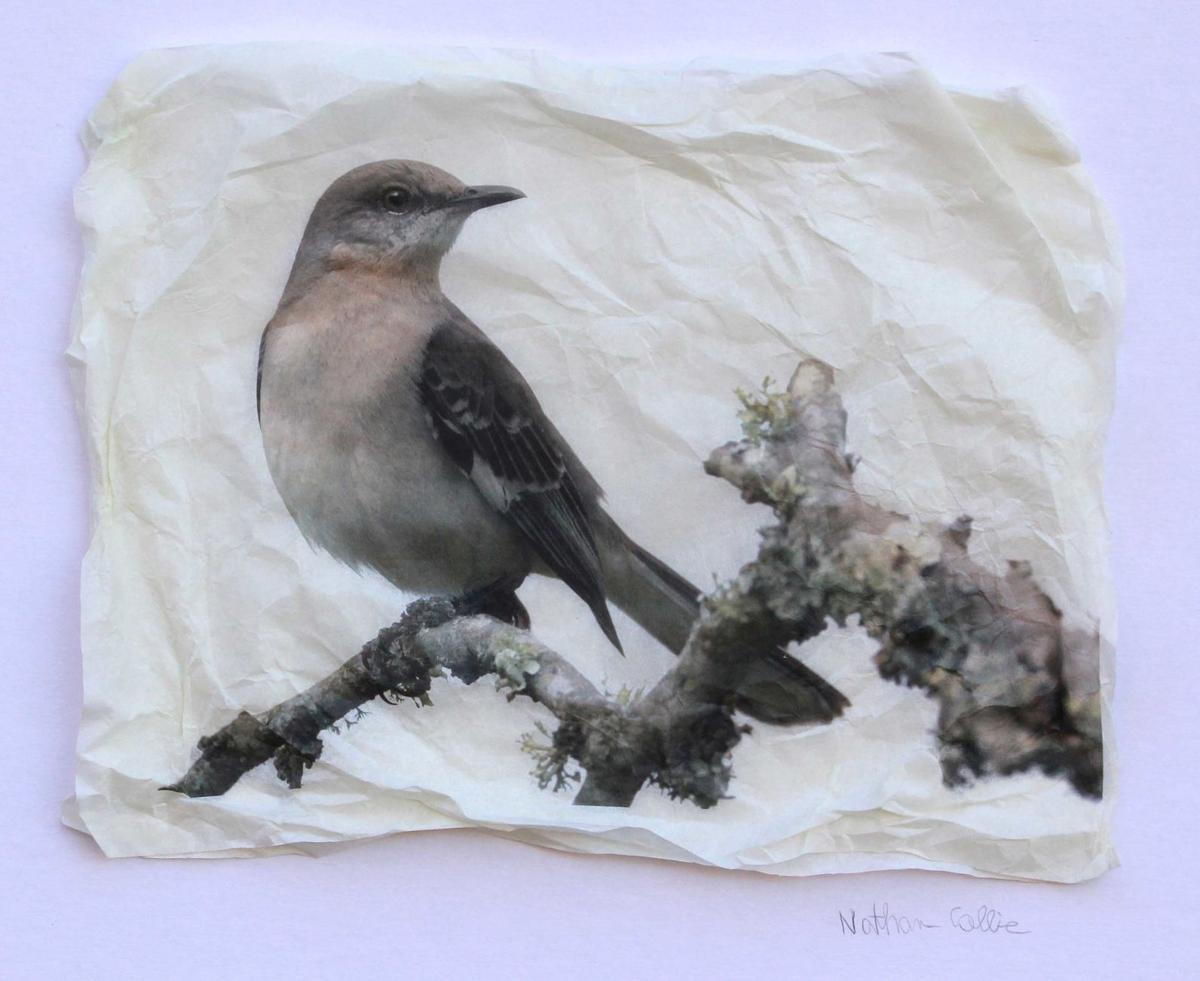 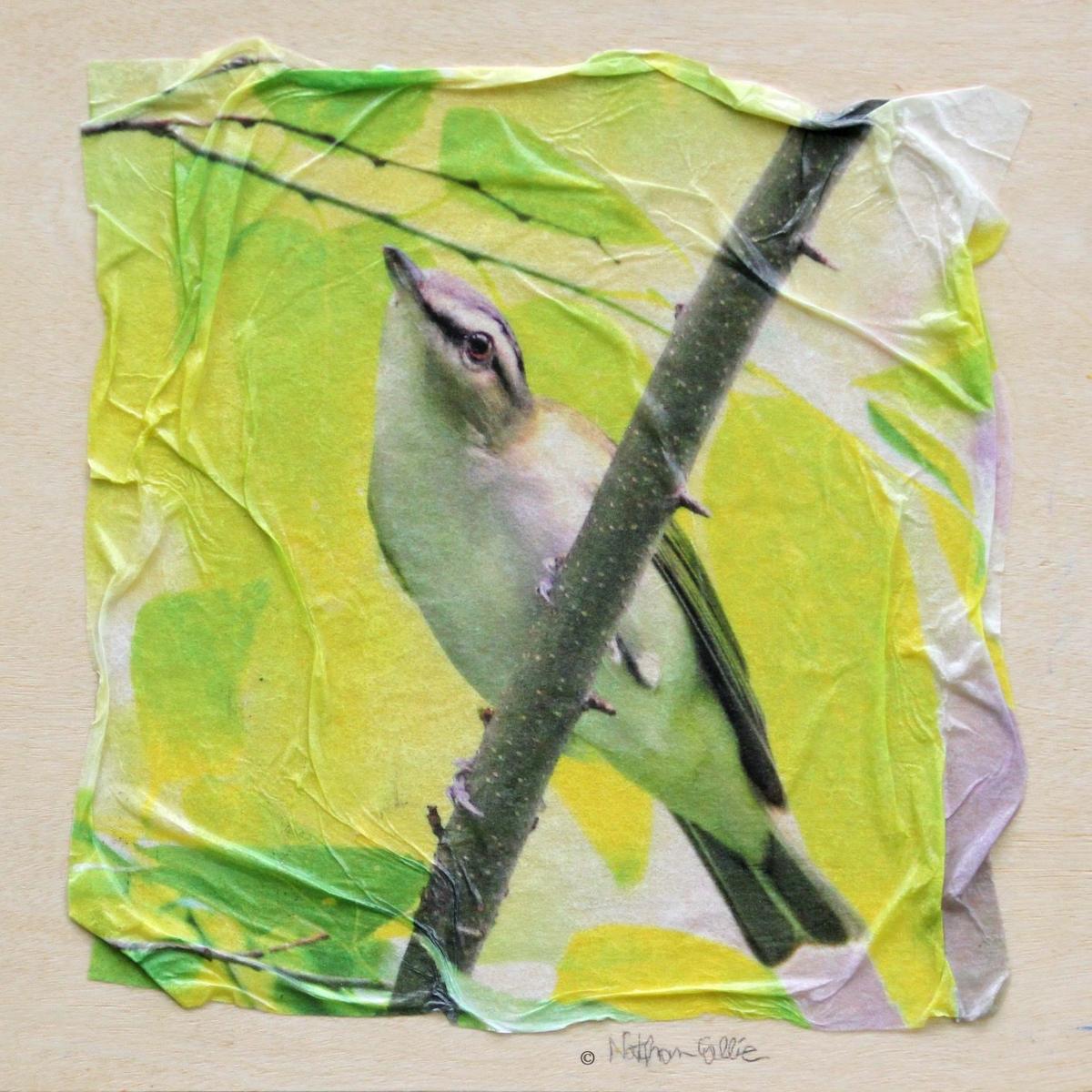 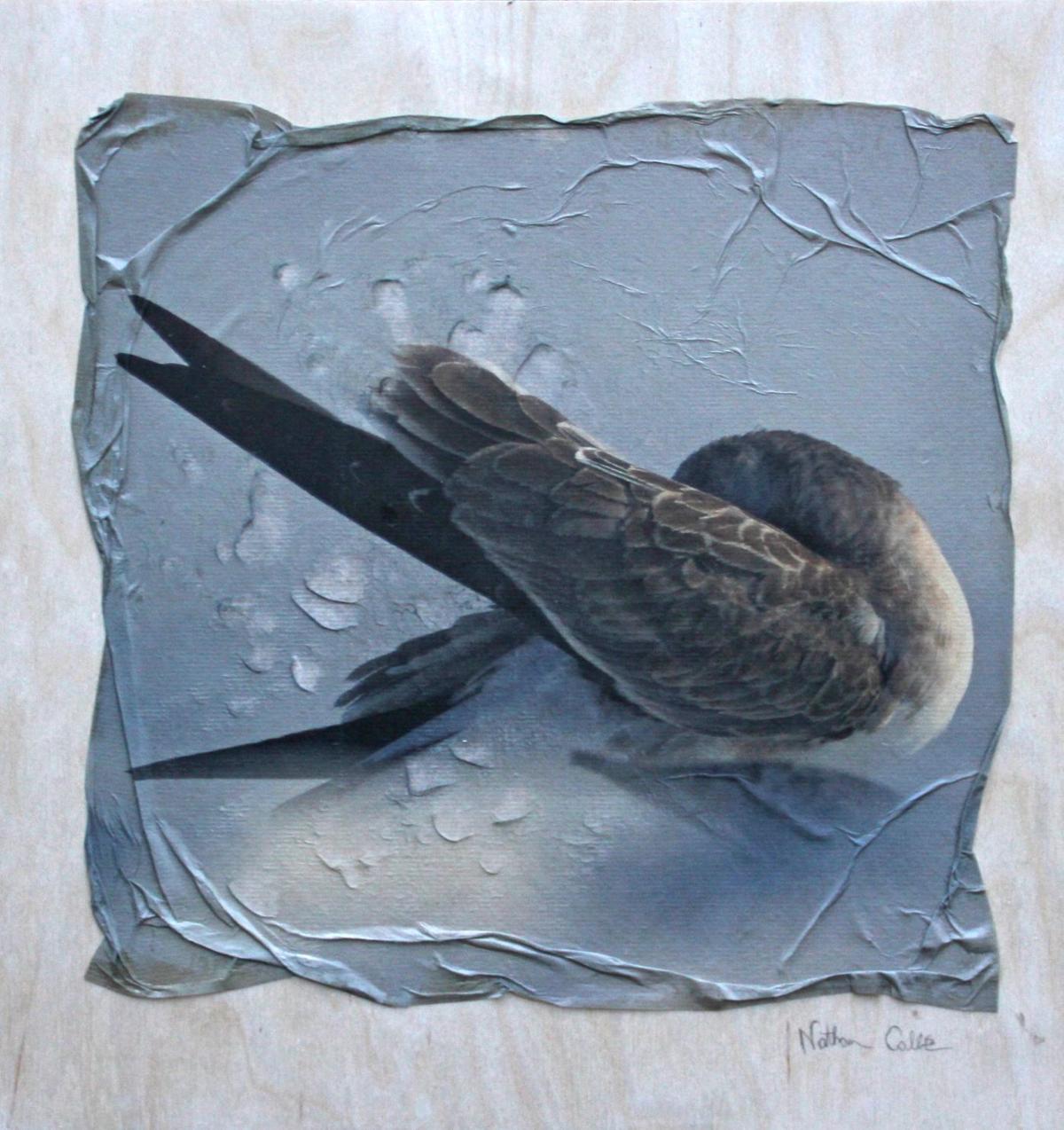 Anne Goetze and her son, Nathan Collie, stand in the art studio at their home in Leiper's Fork.

A Country Line Can Survive

A few moments after stepping outside the art studio he shares with his mom at their rural home in Leiper’s Fork, Nathan Collie commenced to making goose calls.

There were geese on a nearby pond, but perhaps sensing that Collie’s calls weren’t sincere on this November morning, they weren’t responding. He then demonstrated the calls he has learned for owls, crows and coyotes, just a few of the many he has fashioned through the years.

His specialty is birds — both in calls, and more vividly, in his photography. Growing up in the pristine countryside of Williamson County and all it can present to the patience of a watchful eye, Collie meticulously captures a great variety of birds through his photography and his unique printing method that uses Japanese gampi paper that crinkles in the processing. It gives the work an unusual and distinctive dimension, and no two prints are ever quite the same.

“I try to think of different ways I can print my work besides the regular photo paper,” Collie explained. “I had heard about different calligraphy paper being used that was durable enough to put to a printer. I tried it, and the more I played around with it, the more I fell in love with it.”

“The rural life of Williamson County has been a huge influence on Nathan,” said his mom, Anne Goetze, a highly skilled painter in oils as well as an accomplished photographer. “He went from hunting and fishing to just studying nature.”

Both Goetze and Collie have been inspired by the natural surroundings of their home off Carter’s Creek Pike the last 25 years, and they’ve taken on an advocacy role in helping to preserve the landscapes, farmland and greenspaces of Williamson County.

One of those roles is through shows and exhibits where they can present their artwork and get across a message of saving the land. They will have a show at 517 Pearre Springs Way in the Westhaven community Friday from 10 a.m. to 7 p.m. and Saturday from 10 a.m. to 4 p.m.

“We’ve been working together on projects a good three or four years now, doing shows together,” Goetze said. “We’ll do a lot with wildlife and nature, with the Williamson County landscape. Those are both our loves.”

“We’re working together to bring awareness about preservation and conservation, keeping some green space here in Williamson County as it grows. It’s something we all need and treasure.”

While their being at one with nature certainly stirs their passion for art, Goetze and Collie have also been influenced through their family line. Collie’s grandmother, for instance, was a bird-watching enthusiast.

Goetze grew up in Memphis, and both of her parents instilled in her and her sisters a deep appreciation for the natural world.

“My father was a photographer,” she said. “He was a great artist, but he had five daughters to raise. He was a hospital administrator. Both of my parents were nature lovers… Those influences always stayed with me.”

While in college, Goetze decided to pursue her passion for art as a career, studying continuously, attending workshops and reading countless books on the subject. Through the years she developed a technique that wedded painting and photography to create richly textured pieces.

“Because I come from photography and retouching that I did for years, then I developed a technique that started as the tinted photograph that was done before color photography,” she said. “I started using that technique and carrying it further, so that is actually carrying it to a heavy oil in layers and layers. It’s the push and pull between photography and painting. It combines both of them.”

And there was plenty of music. Goetz worked with other local artists to help put shows together with a number of musicians arriving on the Leiper’s Fork scene, including Michael McDonald, Marty Stuart, Kim Carnes, Steve Wariner and Hal Ketchum.

Goetze and Collie continue to do occasional “pop-up” shows such as the one scheduled this weekend in Westhaven, and they are among the list of featured artists at The Copper Fox gallery in Leiper’s Fork.

Goetze has recently worked on a commission from Real Music TV for a group portrait of the local band Heavy Drunk playing at Puckett’s in Leiper’s Fork. She is also a founding member of the Chestnut Group, a nonprofit plein air painters group dedicated to land conservancy in Middle Tennessee.

From a deeply personal standpoint, Goetze is most passionate about an ongoing project she started called “Pray to Love — The Visitation Nun Series.” Her father’s sister, aunt Helen, lived most of her life behind the walls of a closed cloister covenant in Annecy, France, and Goetze would travel there regularly to photograph the nuns who lived that lifestyle.

Collie has accompanied her to similar monasteries, some here in the U.S., to help film what they envision to be a documentary.

“I started to document these women because they’re disappearing,” Goetze said. “That way of life, that culture, is going away. Those women pray for the world. They don’t own anything materialistically, but they’re very happy. And the messages they have, I think, is another thing important to share with others. I learned so much from them.”

“The rest of the world needs to know about these fantastic women. Their motto is to be a gentle presence in a violent world. I think that’s very important for our climate right now, and it’s also the same relevancy that nature has. It brings us a lot of peace and joy. We can have that in our hearts and carry that with us even in the chaos of the day. We need it and we try to get it in little snippets, and art gives us that.”