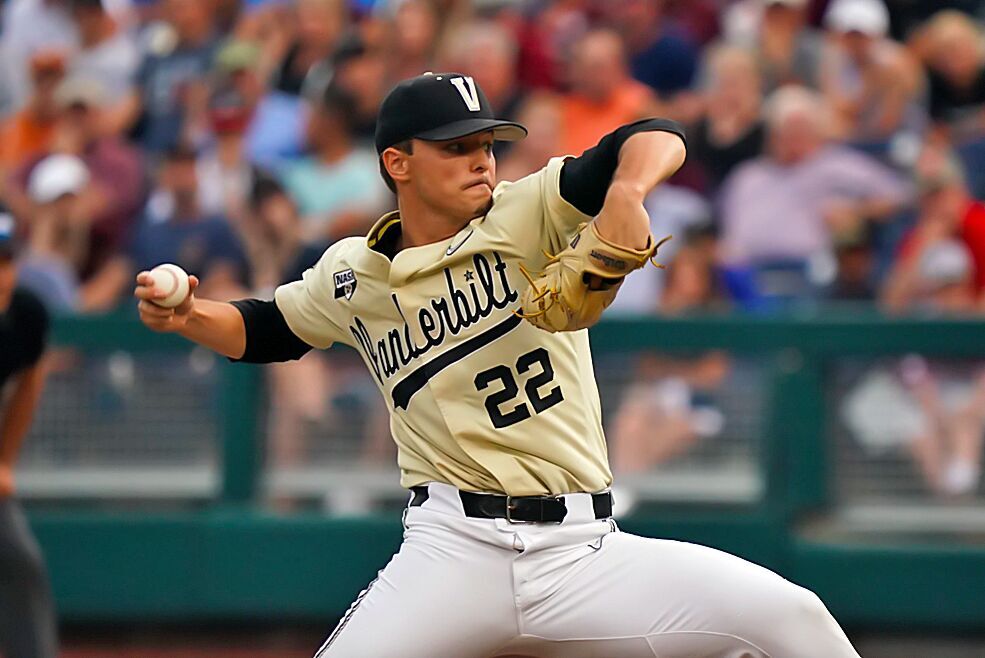 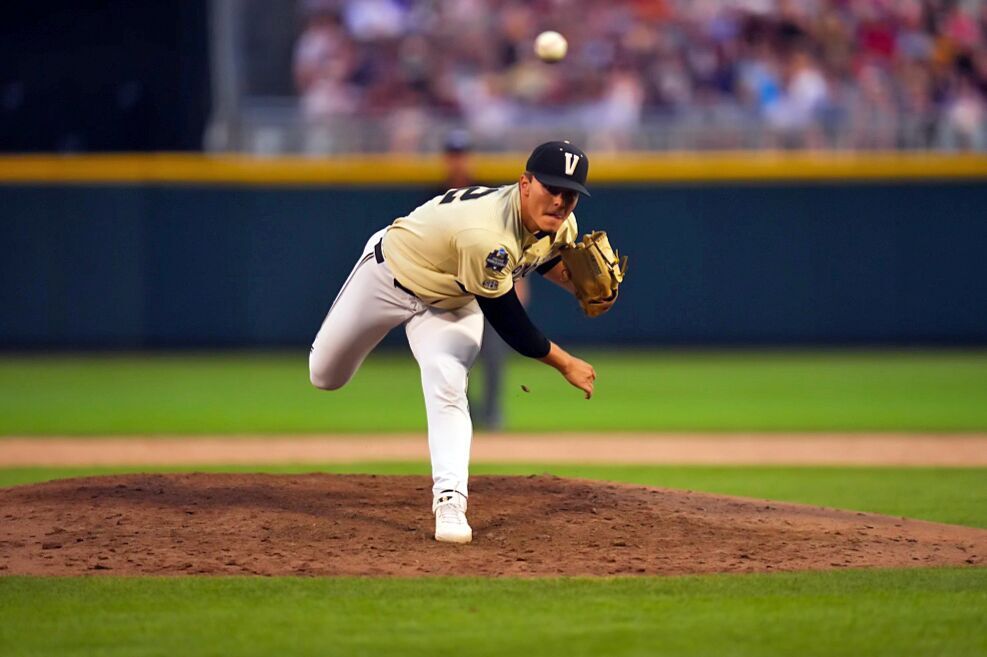 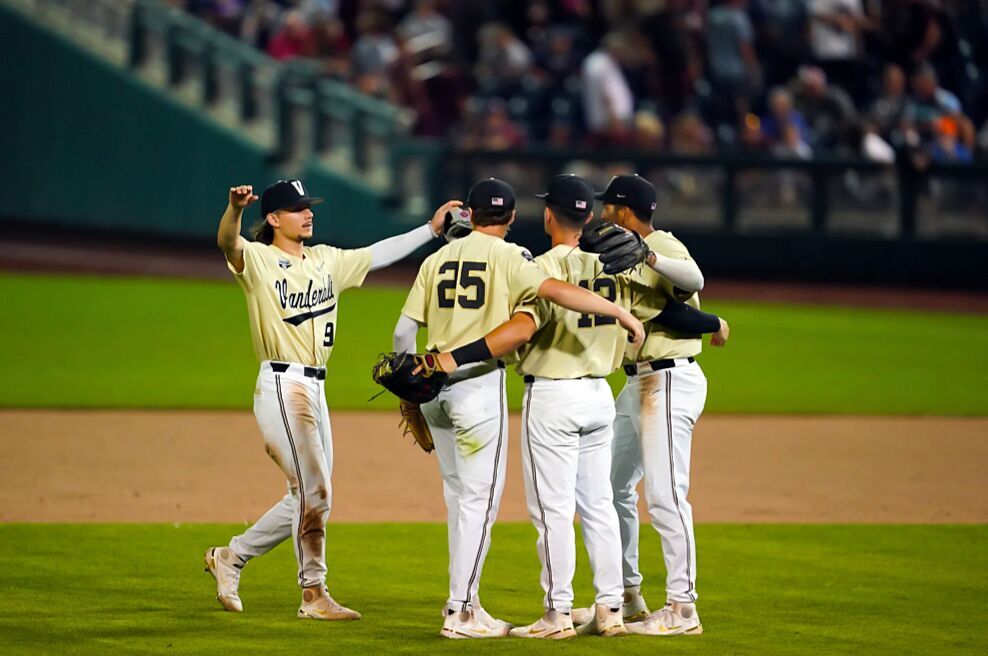 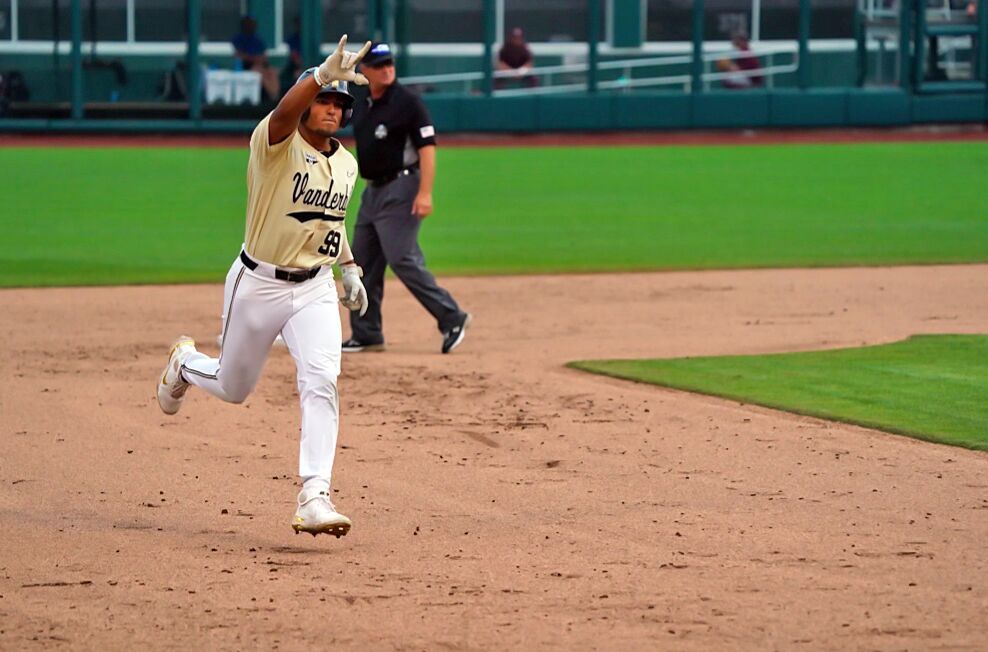 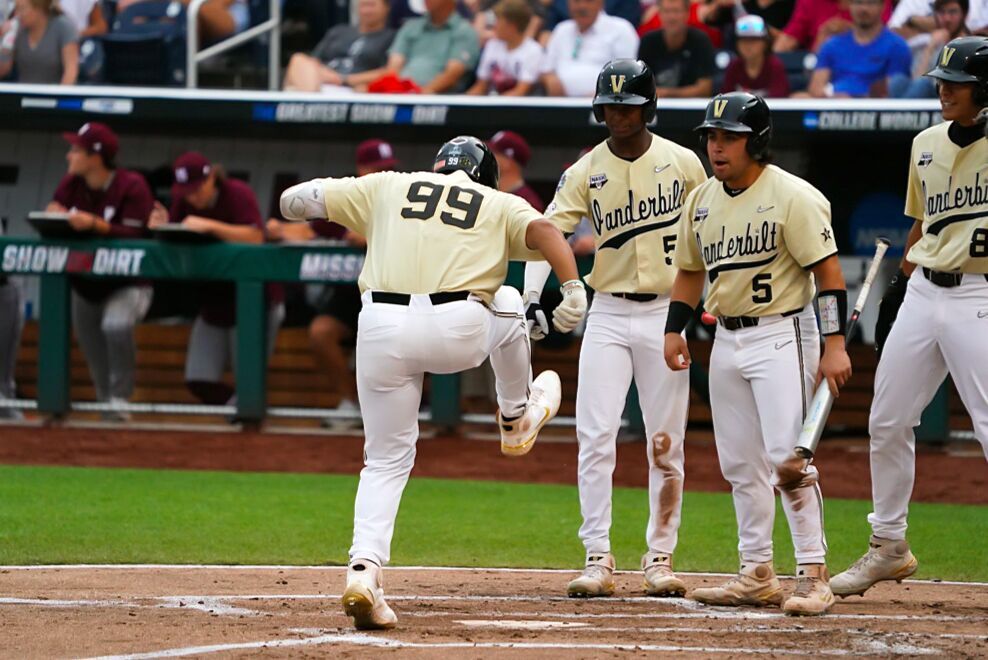 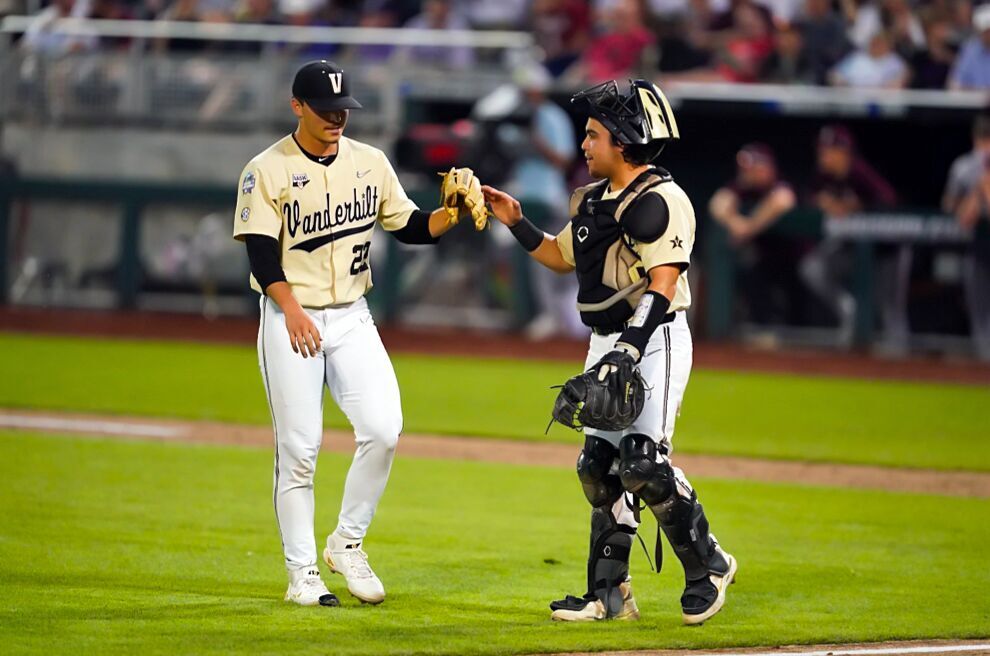 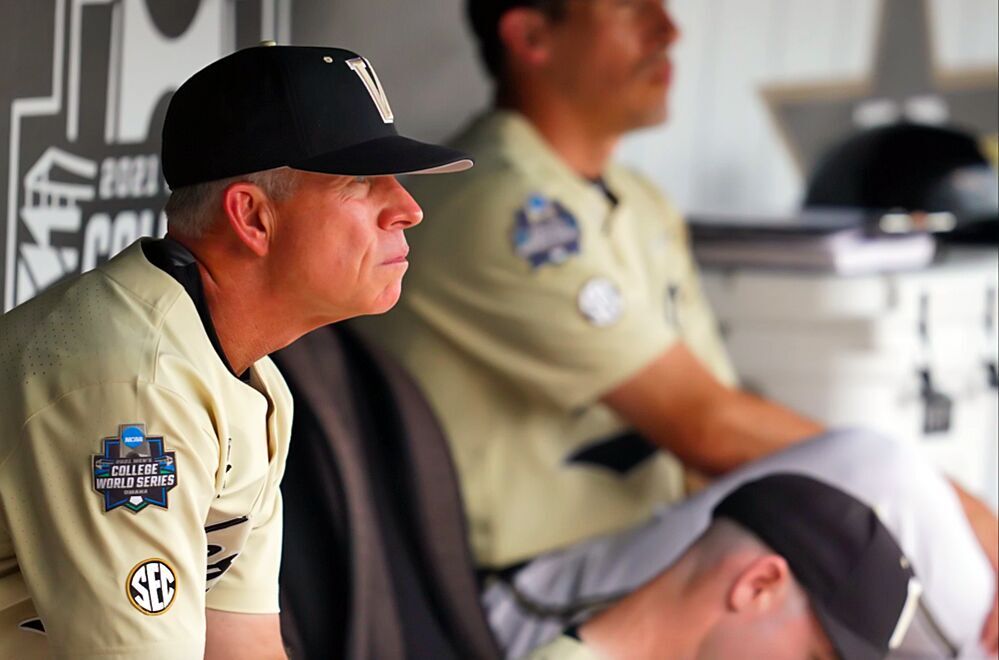 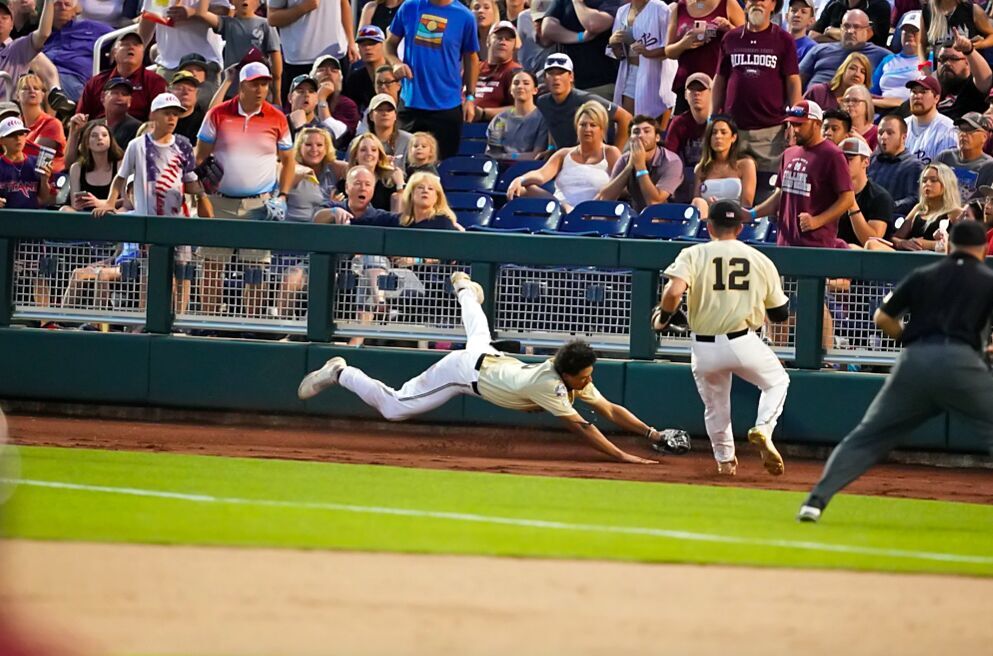 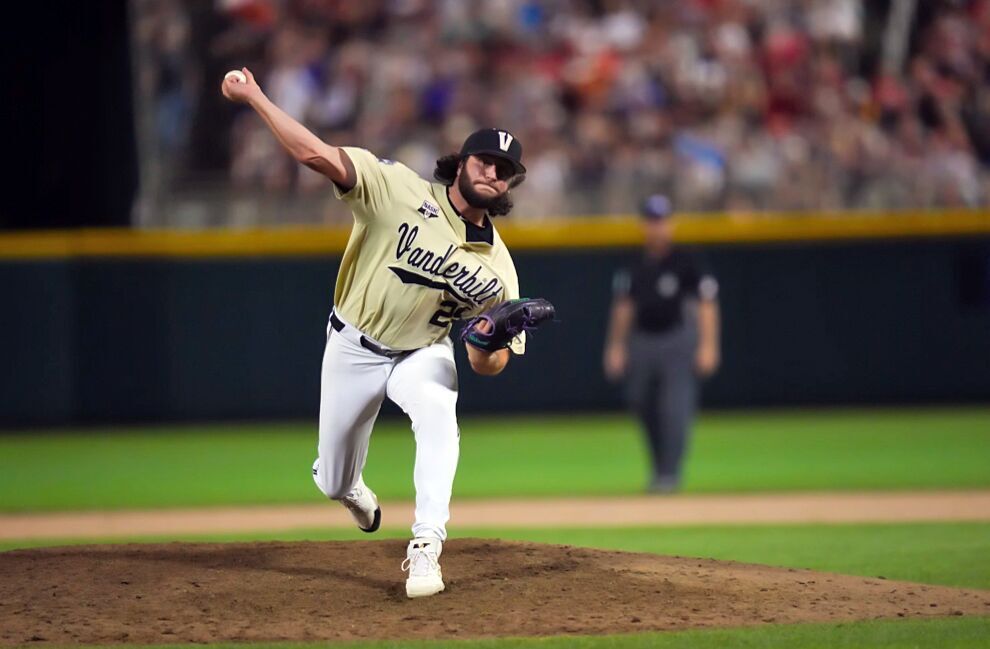 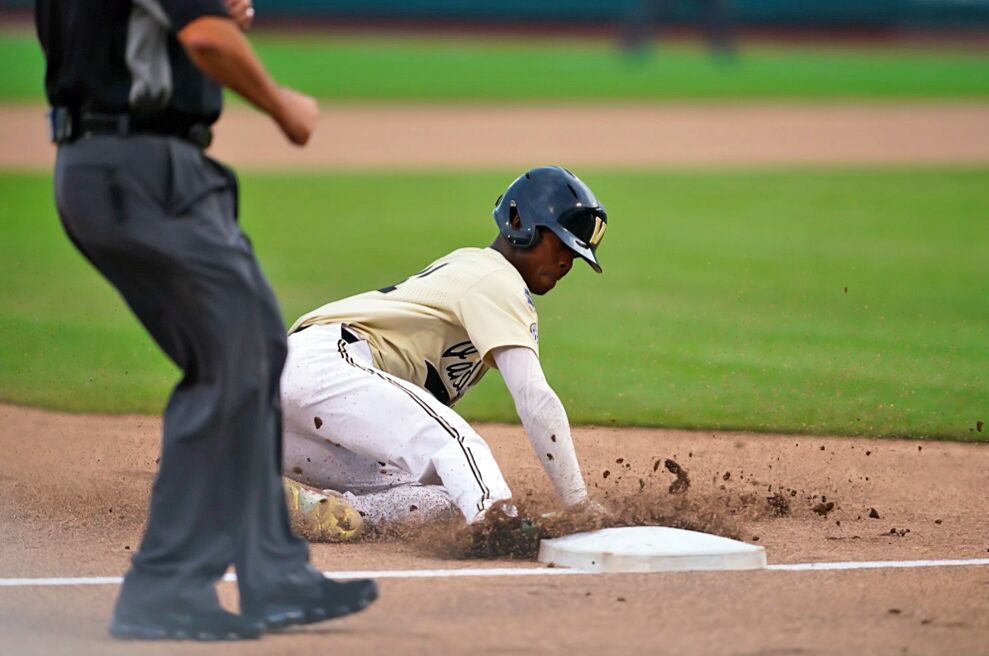 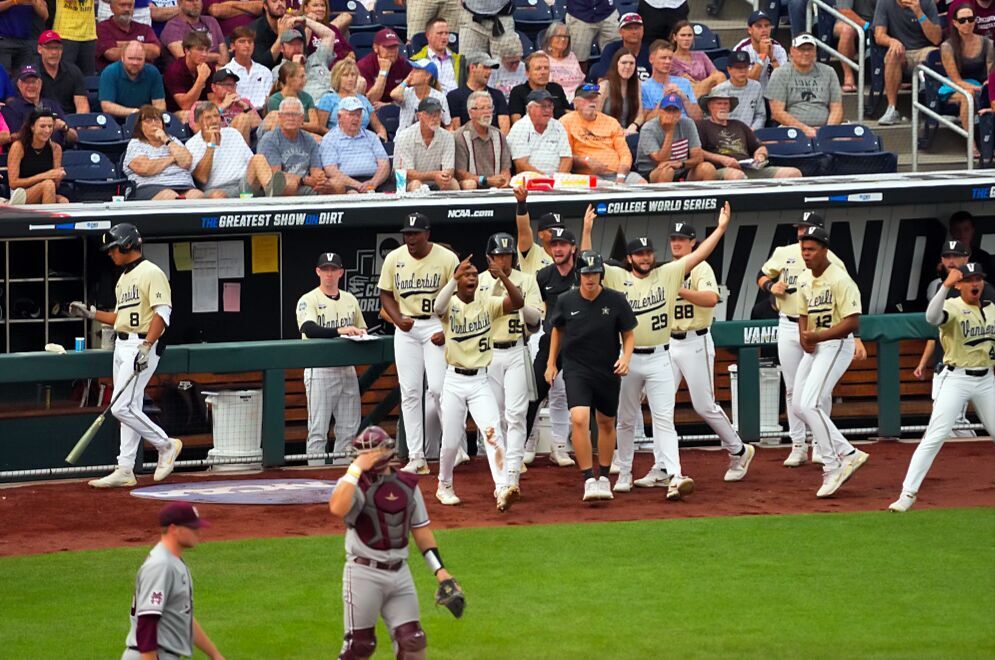 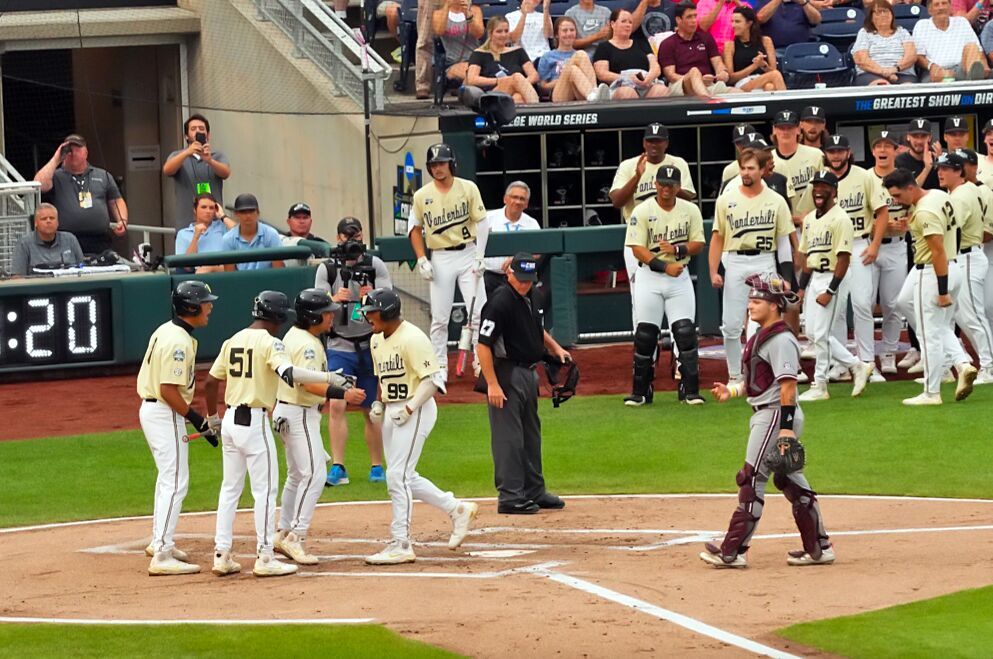 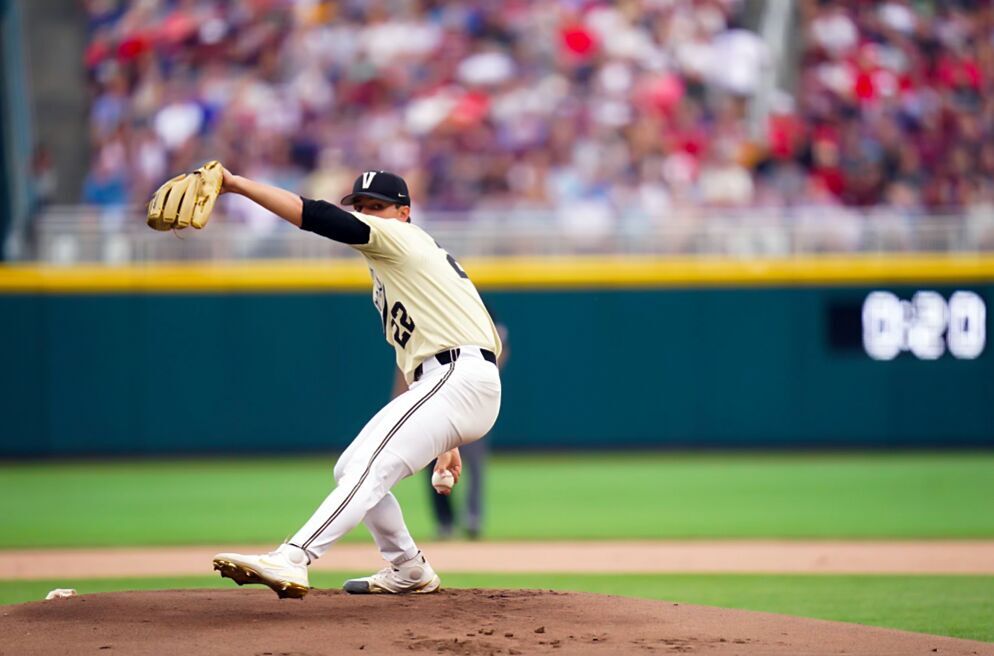 Vanderbilt pitcher Jack Leiter is a tough man to please.

The 21-year-old held Mississippi State to just three hits and two runs while striking out eight batters over six innings on Monday as Vanderbilt took a 1-0 series lead over the Bulldogs in the College World Series final.

And for most players, that would be reason enough to celebrate. However, Leiter — ever the self-critic — admitted he didn’t have his A game Monday night. Instead, he toed the line and adjusted on the fly after being spotted a 7-1 first-inning lead.

"But after that, I feel like I settled in, and my command was pretty good. And I was feeling my off-speed pitches pretty well. Then later in the game, [I] kind of lost the feel for it a little bit. The command was a little down and the feel for the breaking balls was as well. So, at that point it became sort of a pitch-to-contact type situation."

If Monday’s College World Series opener was indeed Leiter’s final college outing — he is projected to be a top-five pick in the 2021 MLB Draft — then the hard-throwing righty is leaving on the highest of notes. The sophomore improved to 3-1 with a 1.67 ERA and 44 strikeouts in 27 innings pitched during his first go-around in the NCAA Tournament.

In his two starts at the College World Series, Leiter allowed just three runs over 14 innings and struck out 23 batters — second-most all-time in a CWS behind Bobby Dalbec’s 26 back in 2016. Leiter’s 2.07 career ERA would be third-best all-time in school history behind Jeff Peeples’ 1.68 and Carson Fulmer’s 1.99, and his 173 strikeouts this year are the second-most single-season total in school history, behind only David Price’s 194 in 2007.

"To start off with, Jack has been great all year,” infielder Jayson Gonzalez said. “He's had our back when we weren't doing too hot on offense. And we've had his back. So, it's been a great year playing behind him and watching his pitches and just the maturity that he has, the confidence from him bounces off to a lot of us.”

Added VU coach Tim Corbin: “Jack certainly set the tone tonight. He pitched very well. It was tough pitching, too. That team does not give in. They fight you on every pitch. They make it very difficult.”

Leiter’s pitching combined with some suddenly awakened Commodore bats now has Vanderbilt one win away from repeating as national champions and bringing home the third College World Series title in school history.

The ‘Dores took some heat over the weekend for advancing to the CWS final by default after N.C. State was sent home and Saturday’s game — which would send the winner to play for a national title — was ruled a no contest after the Wolfpack had six positive COVID-19 tests.

But Monday’s win proved that Vanderbilt not only deserves to be playing for a College World Series title, but also that when the Commodores are backed up against a wall, they come out swinging.