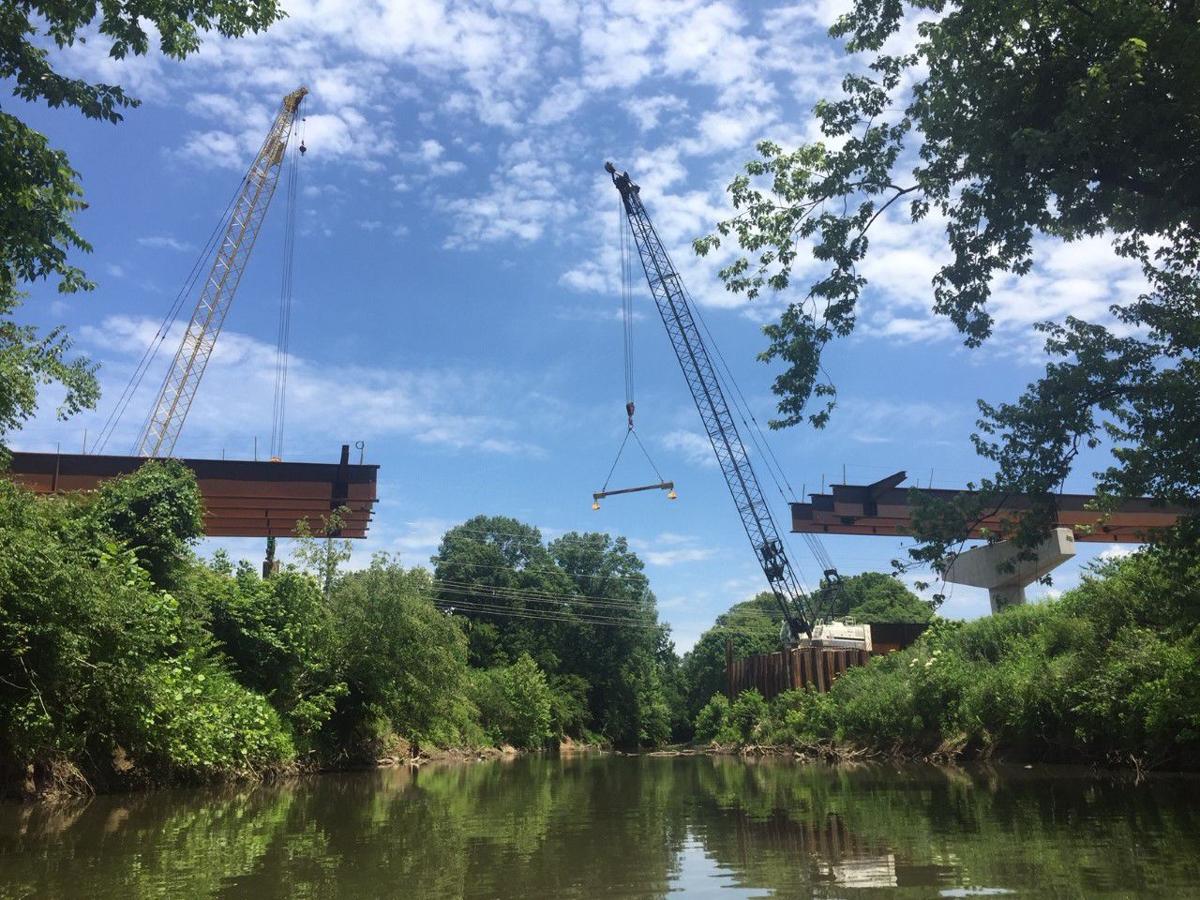 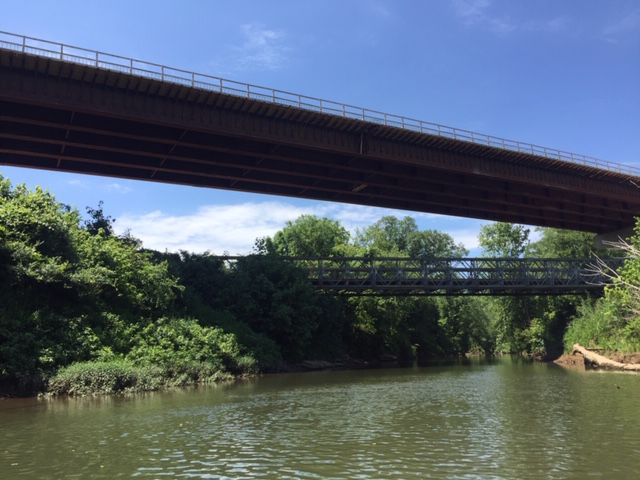 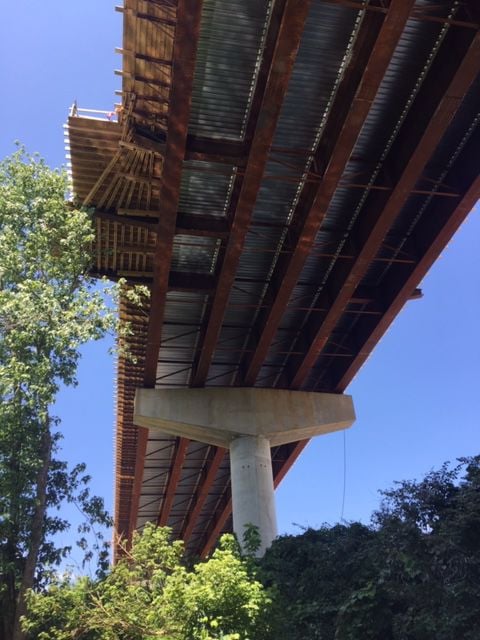 Construction crews are preparing a pad to support a crane that will set structural beams for the second of two crossings by a single bridge over a loop in the Harpeth River.

The structure is in place for the first crossing of the river as part of the $45 million, 3.2-mile extension of the state road to New Hwy. 96 West at Westhaven.

Kathryn Schulte, regional community relations officer for the Tennessee Department of Transportation, said the project remains on schedule to be completed in late 2021. Work started on the project in December, 2018.

The bridge approach begins at Hillsboro Road and spans a loop in the river as well as floodplain at Brownland Farm before crossing the river again and ending up just north of Del Rio Pike.

This phase of construction includes the addition of broad intersections and improvements to all side roads. Del Rio Pike intersection is substantially complete, with a layout that will support the roadway’s eventual four-lane width.

The current project will create a two-lane roadway and a multi-use path. Eventually the two lanes will become the inside (eastbound) portion of the road.

There are no plans to open the project incrementally.

“The contactor is not required to have segments open by any particular time frame so it is unlikely they will open the section from Hillsboro Road to Del Rio Pike while there is still work at SR 96,” Schulte said. “The prime contractor (Eutaw Construction Co. Inc.) will probably complete the final paving and striping on the entire project at once to reduce the number of times they will have to mobilize their sub-contractors that will be performing the work.”

Mack Hatcher was conceived in the late 1960s as a ring road around Franklin. The initial portions of the road were begun in the early 1980s.

The final portion of the parkway, from Westhaven across Carters Creek Pike to Columbia Avenue near Target and Tractor Supply, is not in the region’s current long-term plan, which foresees construction needs through 2040.

Mack Hatcher is named for a former Williamson County highway superintendent who was admired for his success in getting many dusty, unimproved county roads paved