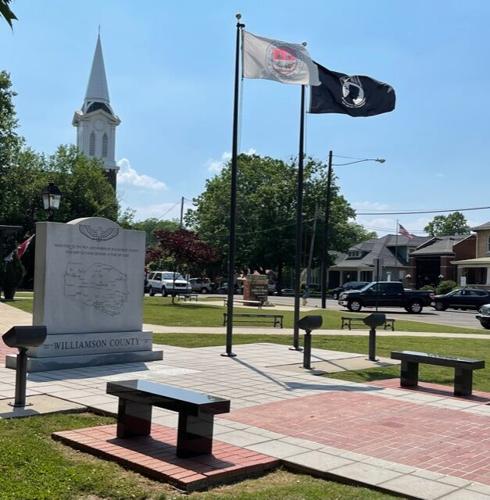 Veterans Park at Five Points is expected to be full of people participating in the annual Williamson County Memorial Day Ceremony. 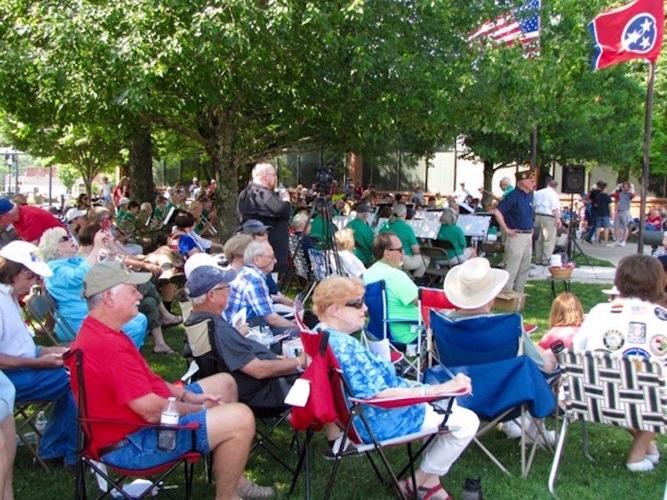 The Williamson County Memorial Day Ceremony scheduled for Monday in downtown Franklin will have a special feel to it for a couple of reasons.

For one, of course, it will stand in stark contrast to last year’s service when activities had to be held online because of the impact from COVID-19. The virtual ceremony in 2020 was still meaningful and included all the elements of an in-person version, but it naturally lacked that sense of a community coming together to honor fallen service members through the years.

So when attendees arrive at Five Points Monday at 10 a.m., they will be part of the first of several in-person events scheduled for this summer season. Memorial Day will mark a return to normal of sorts.

“I’ve gotten a lot of calls from veterans and families, and they really wanted to do this [hold the ceremony in person],” said Jeff Vaughn, director of Williamson County Veterans Services. “But we had to make sure it was going to be something we could do without taking any risks.

“We look forward to doing it. We want to see people there because this is going to be the first major in-person thing happening in Franklin this year. We’re happy to get things going back to the way things should be.”

Vaughn said as many as 400 people are expected to attend the ceremony, which will be similar to the annual events that came before the pandemic. Williamson County Mayor Rogers Anderson and Franklin Mayor Ken Moore will each speak, and will read the names of the 14 new pavers being added to the Memorial Walkway.

Keynote speaker this year is Command Sgt. Maj. Michael T. Hall (retired), a recent newcomer to Franklin who was born and raised near Cleveland, Ohio, and entered the U.S. Army in August 1976. After 32 years on active duty with the U.S. Army, Hall was retired by the 75th Ranger Regiment in July 2008.

He was recalled from retirement in August 2009 to assume the duty position of command sergeant major for the International Security Assistance Force, North Atlantic Treaty Organization, Afghanistan/United States Forces Afghanistan, and served in that position until Sept. 1, 2010. He returned to the United States and retired again from active duty six weeks later on Oct. 15 2010.

There is no charge for admission to the event. There will be seating for about 200 people, but attendees are welcomed to bring their own chairs.