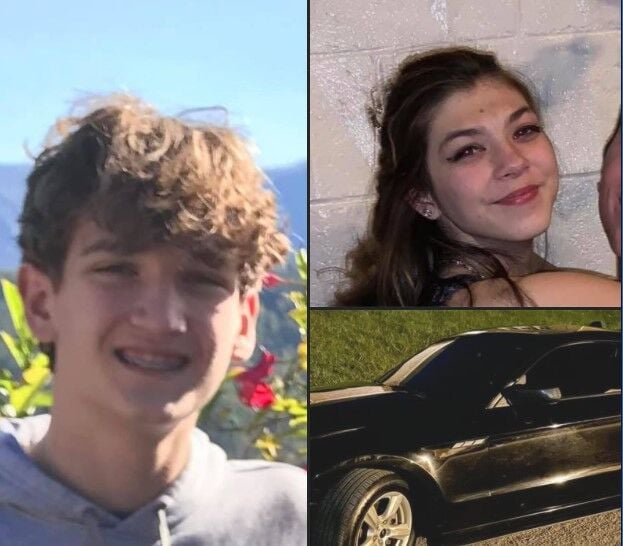 Missing teens 16-year-old Dylan Rhoden and 15-year-old Joana Duffey are believed to be in a 2014 black Ford Mustang.

The Metro Nashville Police Department is looking for two runaway teens who may have last been seen in the Brentwood area.

According to an MNPD spokesperson, 15-year-old Joana Duffey was reported missing from Father Ryan High School on Wednesday evening, with Duffey's mother telling police that she may be with her boyfriend, 16-year-old Dylan Rhoden, who was also reported as missing.

Police said that Joana Duffey was last seen leaving the FRHS in her school uniform and carrying a big bag, while a social media post by Rhoden's mother said that the pair were last spotted in Brentwood around 2 p.m. on Wednesday.

They are believed to have left in a 2014 black Ford Mustang with license plate number DGD982.

MNPD asks that anyone with information about the teen's whereabouts to call the department's non-emergency line at 615-862-8600.