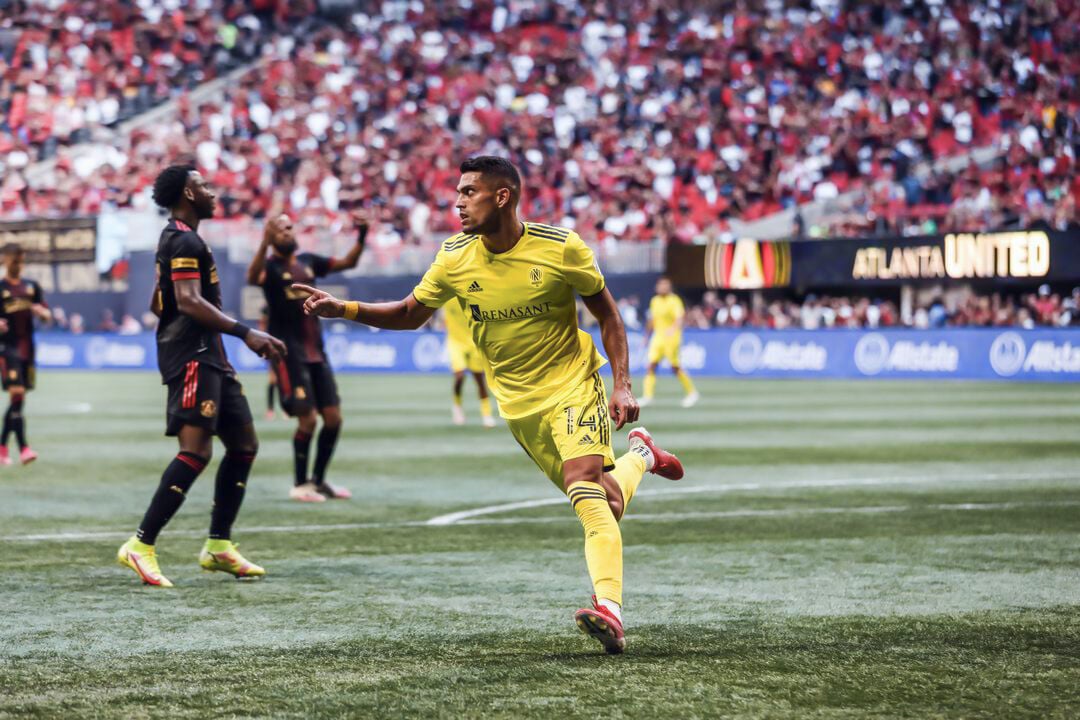 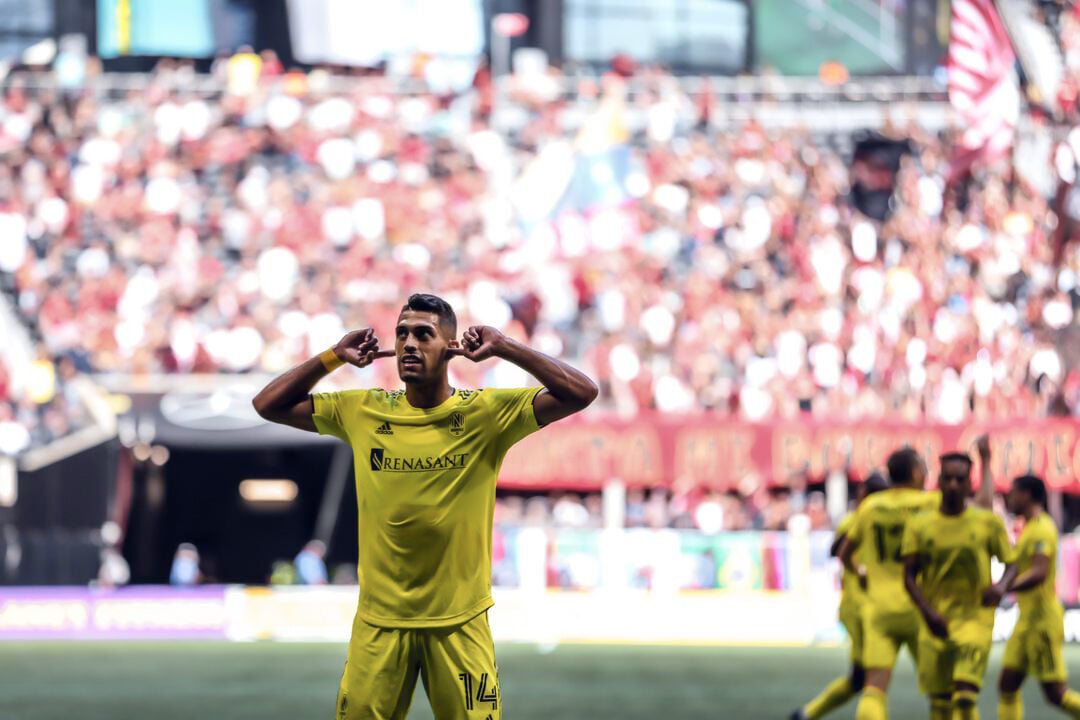 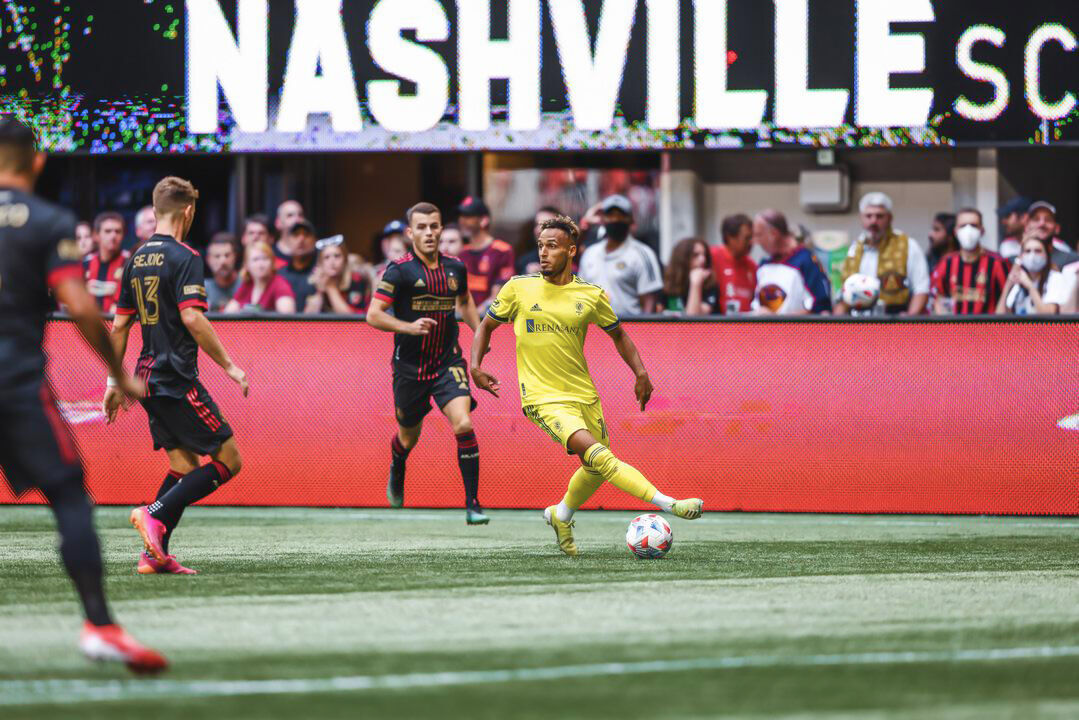 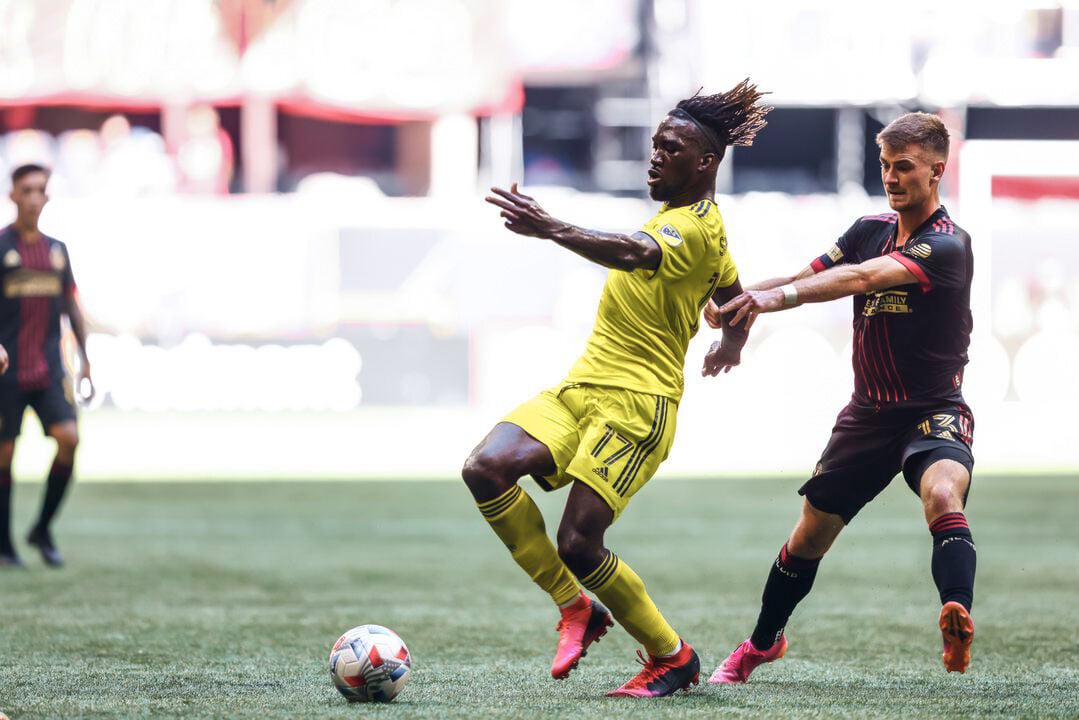 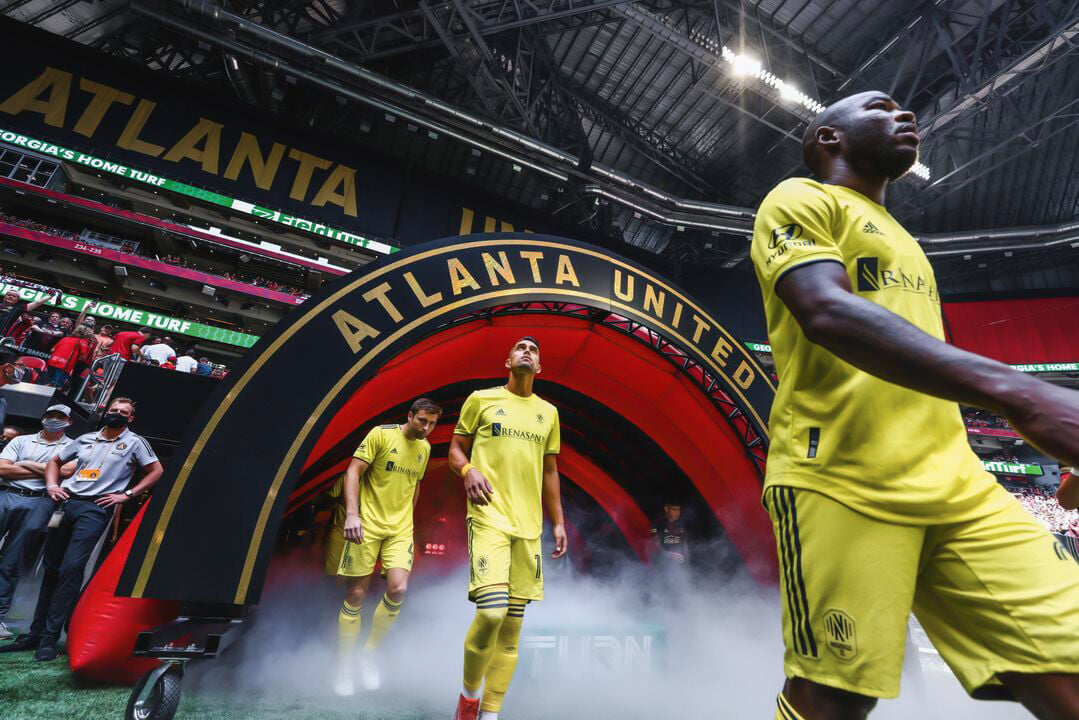 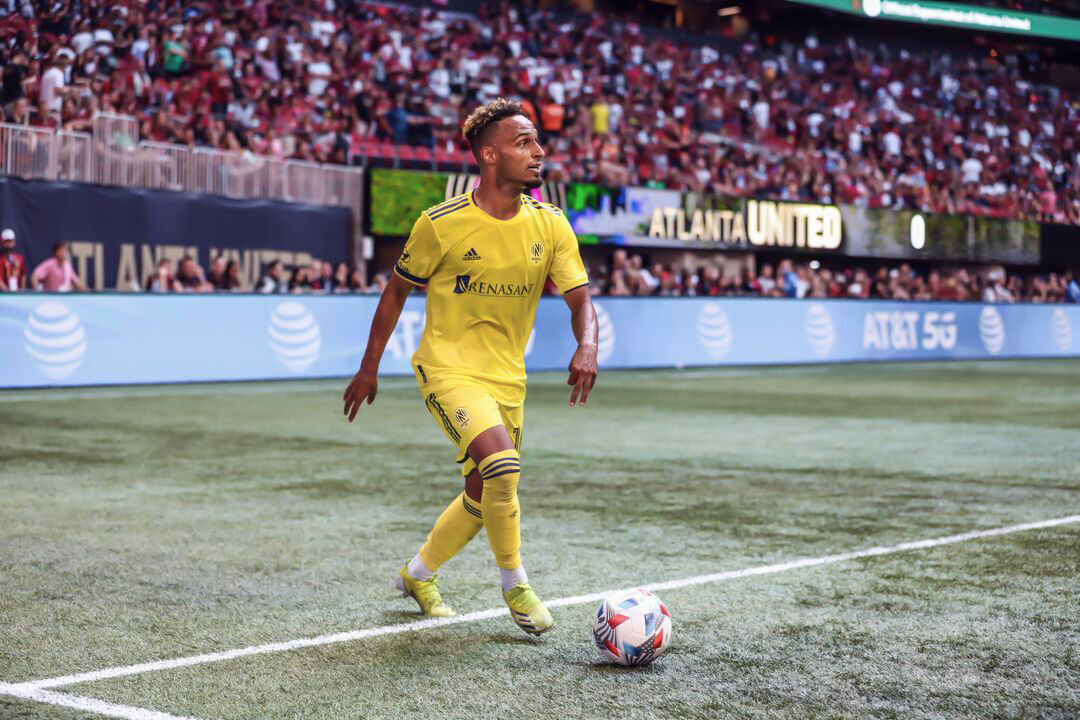 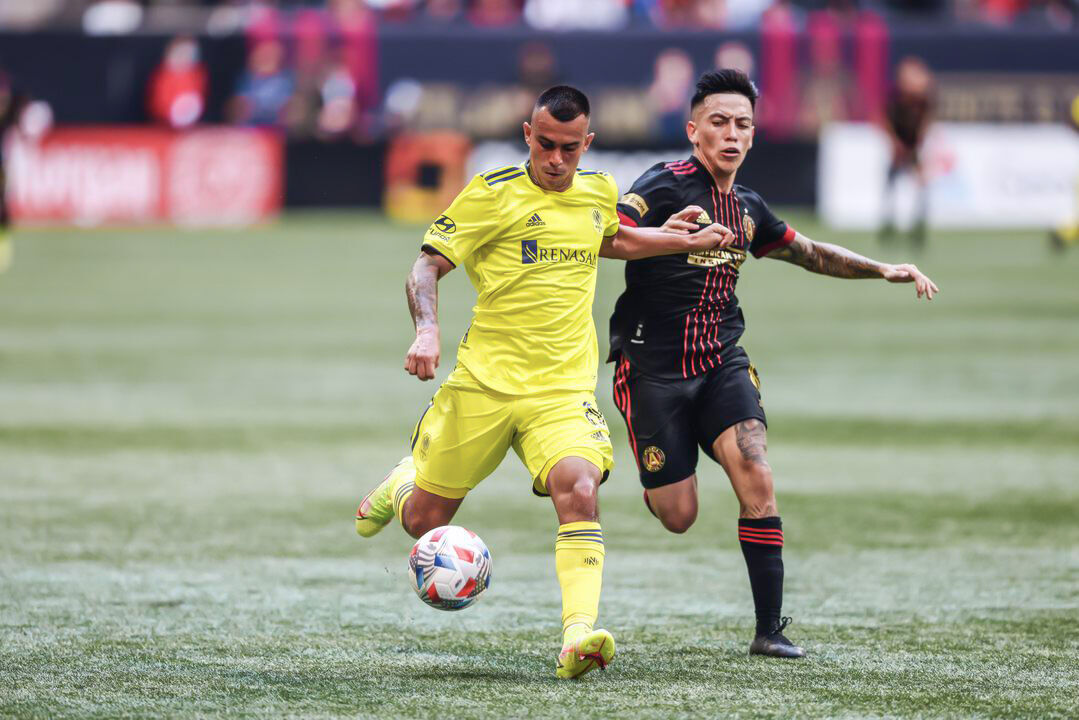 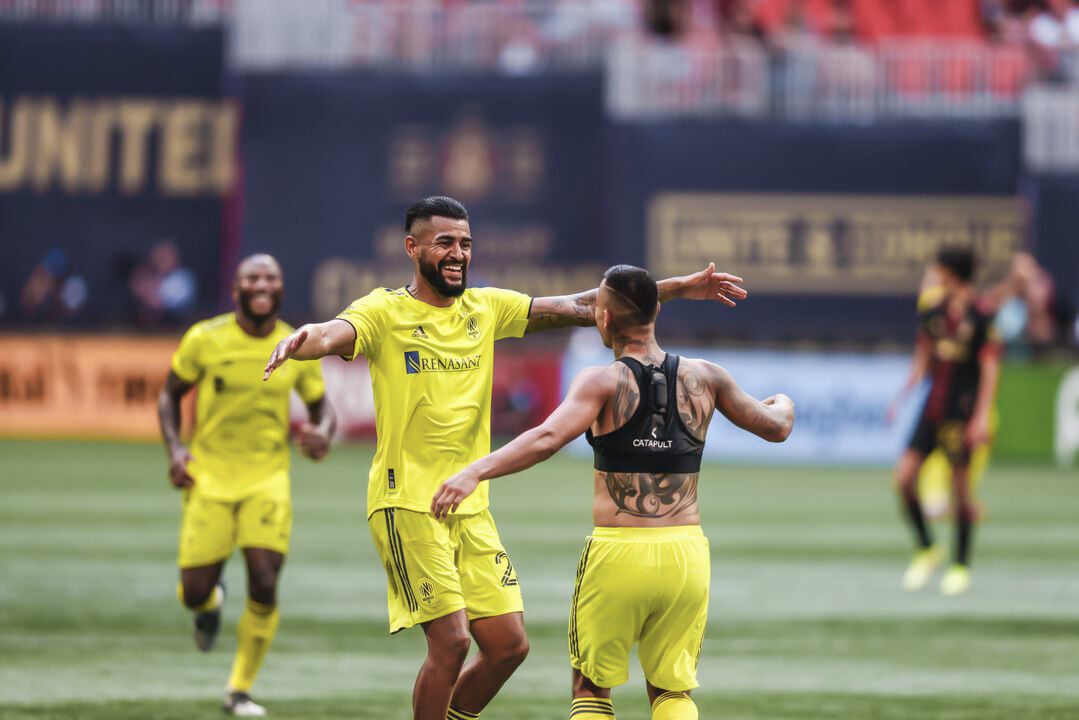 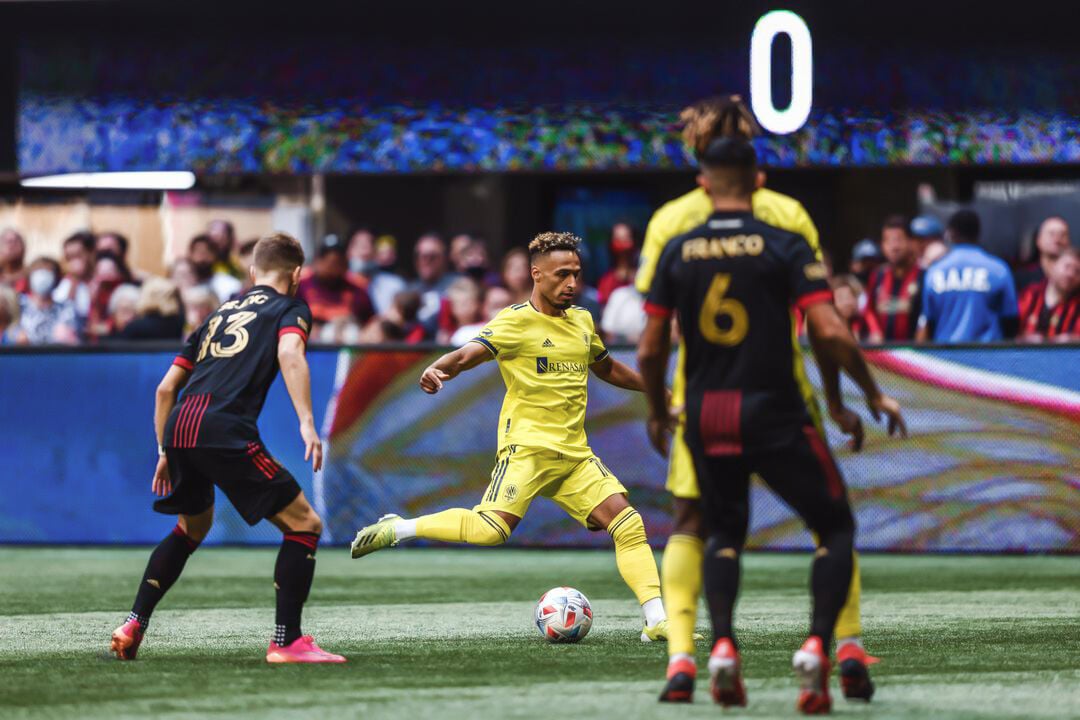 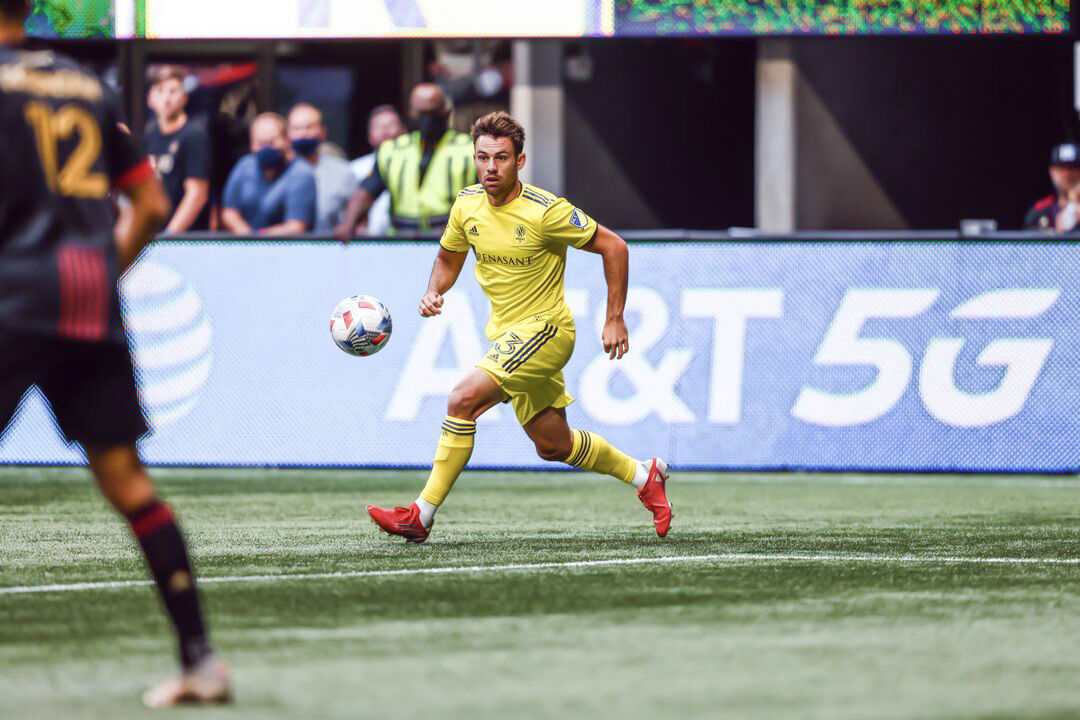 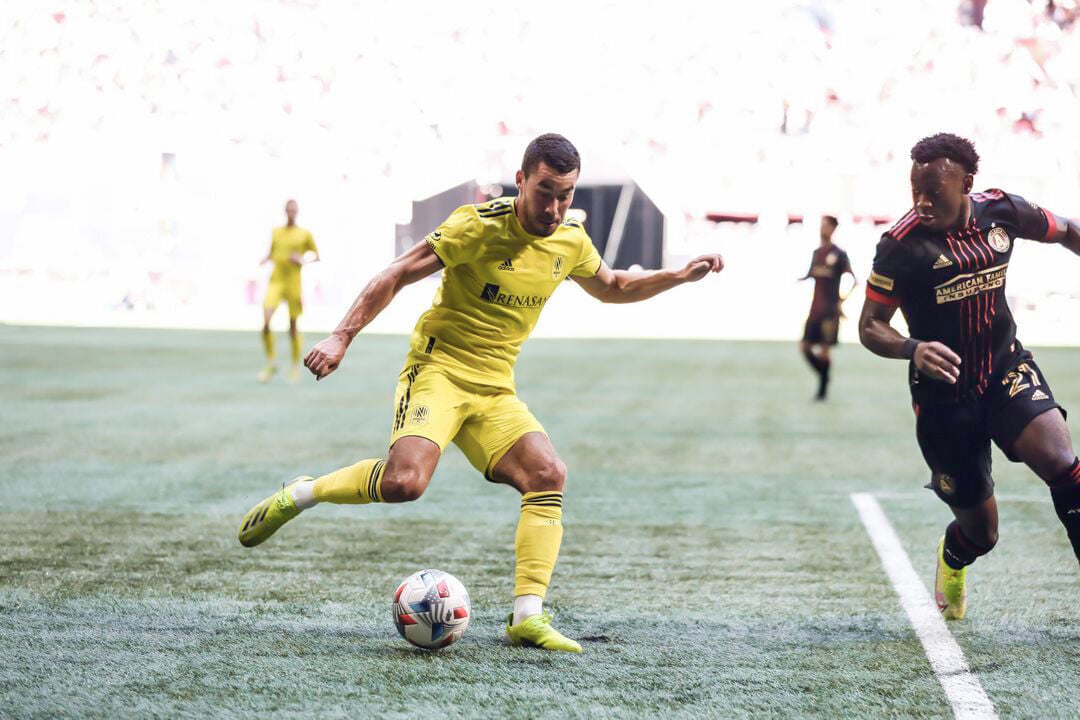 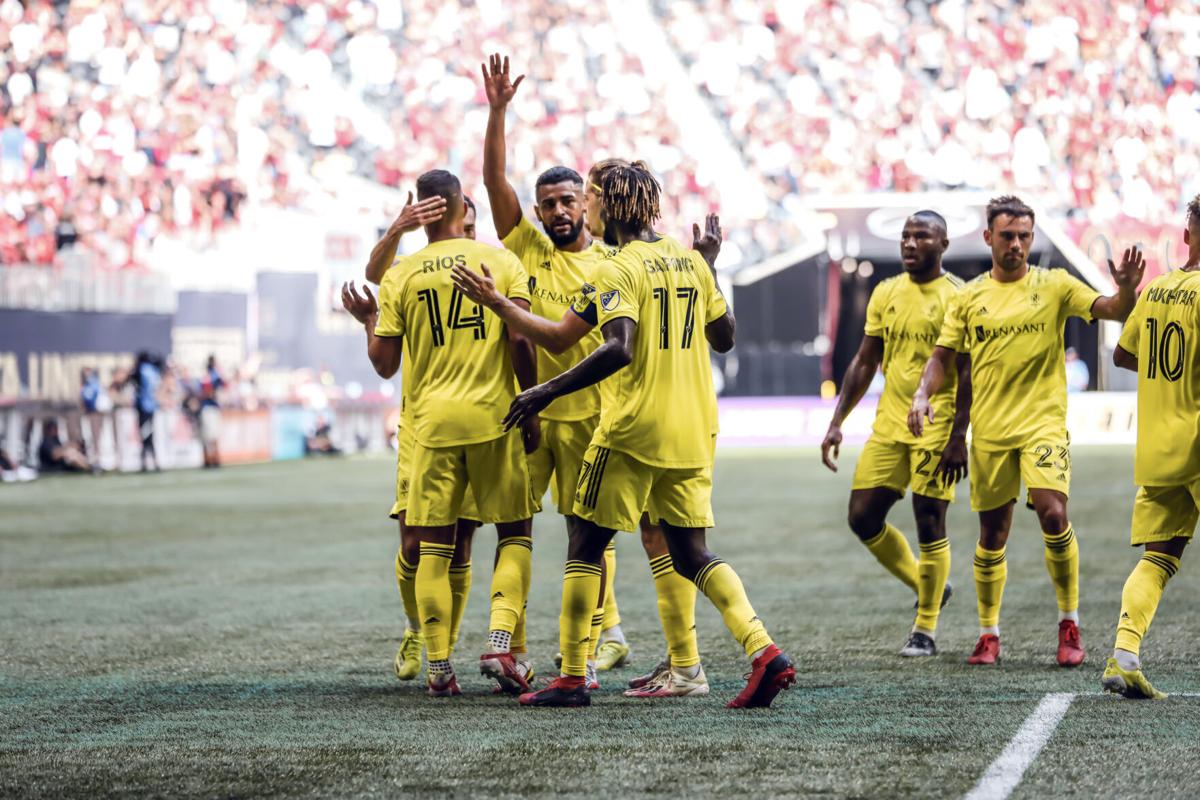 The eighth time was the charm for Nashville SC.

The win moved Nashville into third place in the Eastern Conference and ties the club with Orlando City in points (35). Only the New England Revolution have more points than NSC in the East.

“Today will be a monkey off of everyone's back,” Nashville SC coach Gary Smith said. “It will give all of the guys huge confidence to have won here against our local rivals and a top team.”

The offense was provided by a familiar face and a player who hadn’t started since early November of last year.

Seeing his major uptick minutes of 2021, Daniel Rios made it count. The 26-year-old forward darted behind the Atlanta backline, where defender Dan Lovitz hit him in stride as he crossed into the box and booted a perfectly-place shot to the right of Atlanta keeper Brad Guzan just moments before halftime.

It was Rios’ first goal of the year and the first time he found the back of the net since a 2-0 win over Toronto in the MLS Cup Playoffs on Nov. 24. It also marked Rios’ first start in nine months and his first significant number of minutes (59) since the postseason; he hadn’t played more than 18 minutes this year as a sub.

Rios, who tied for the team lead in scoring in 2020, had struggled to find his footing in the regular lineup with the arrivals of Jhonder Cadiz, C.J. Sapong and Ake Loba.

“I know [Lovitz] pretty well, he’s a great passer; I knew that he was going to play the perfect pass,” Rios said. “So, I made the perfect run and the first-touch finish. I did not have to look to the goal, I just had it in my mind. It was a beautiful goal.”

Nashville’s second goal came courtesy of Randall Leal on a play that Smith said “couldn’t have been put on a platter any better” from goalkeeper Joe Willis.

The 24-year-old midfielder tallied his fourth goal of the season after Willis punted the ball downfield as Leal was streaking toward the Atlanta goal. Leal kept his stride just ahead of his defender and tapped a slow roller that tricked into the net as Guzan came way out and simply had no time to retreat for a potential save.

“I thought [Leal’s] awareness for the final third was very good,” Nashville SC coach Gary Smith noted. “I mean Joe’s ball, as I’ve said already, was one that allowed him to I think, just get his head up, be aware of what was around him. I don’t think for one minute that Randall ever thought, ‘I’m going to run this in the corner and kill time.’

“If there had been three defenders in front of him, he would’ve tried to take them on. So, I love that aggressive nature about him and the fact that he’s just finished the game off on such a bright note for us. I think it will give him immense confidence as he goes off with his country now.”

It can’t be overstated just exactly how important Saturday’s win was. The victory sets the table for the back half Nashville SC’s schedule, which features nine of its final 13 matches on the road.

In its previous seven road outings, Nashville was 0-2-5 and scored just four goals. Conversely, the club has been near impossible to top at Nissan Stadium, scoring 28 goals in 13 matches with a 7-0-6 record.

“Gary talked to us about this game, it was important to start this first road game with a win because we know that we are going to have a lot of away games now,” Rios added. “We are on the road, so it was really important to achieve the three points and, at the end, the results were what we were expecting.”