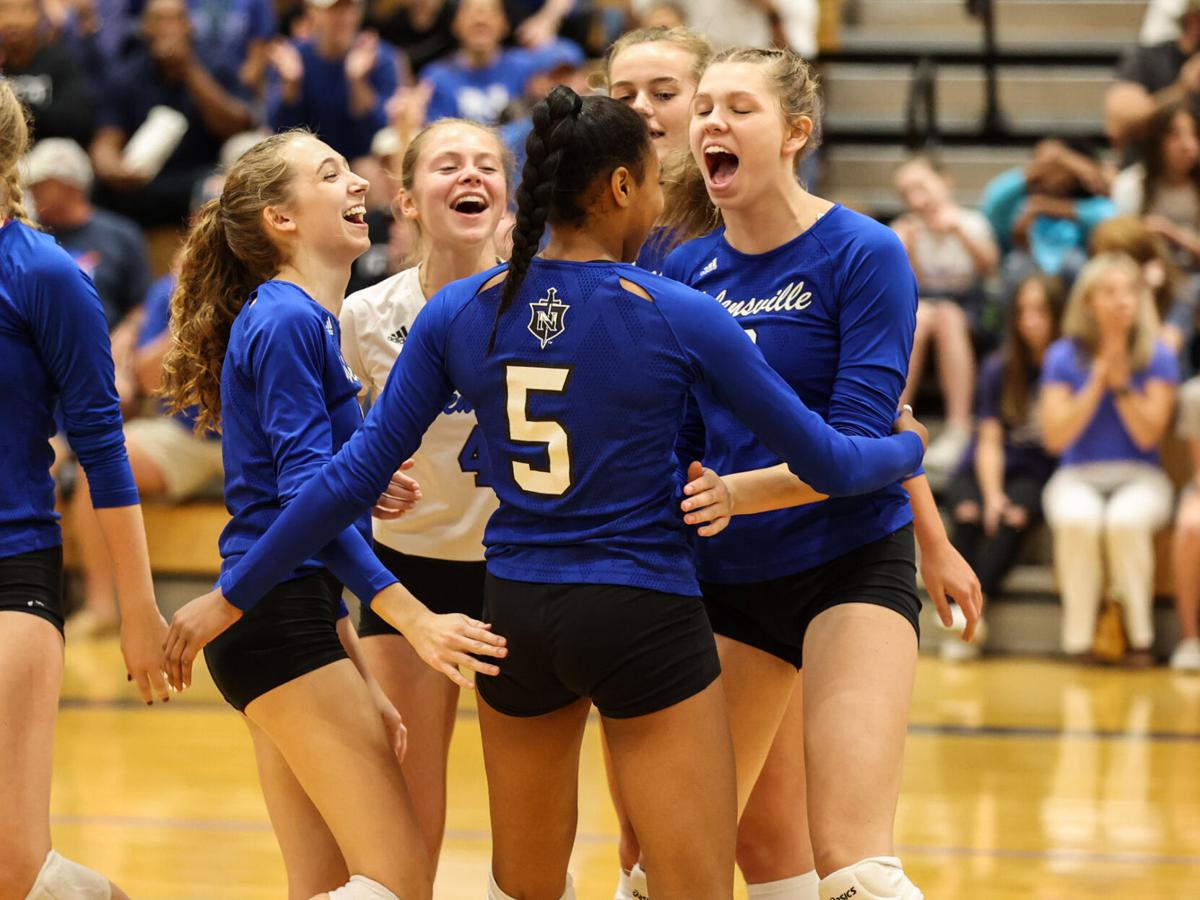 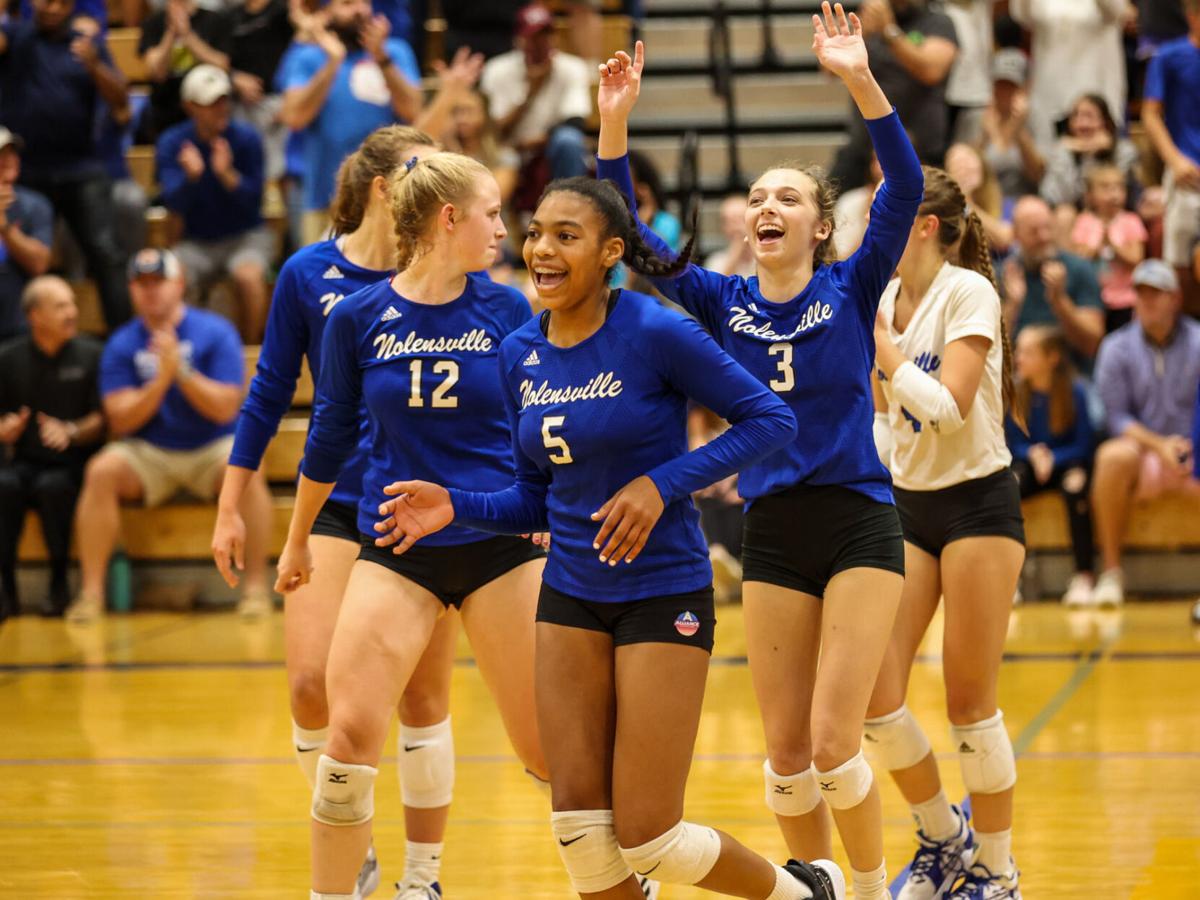 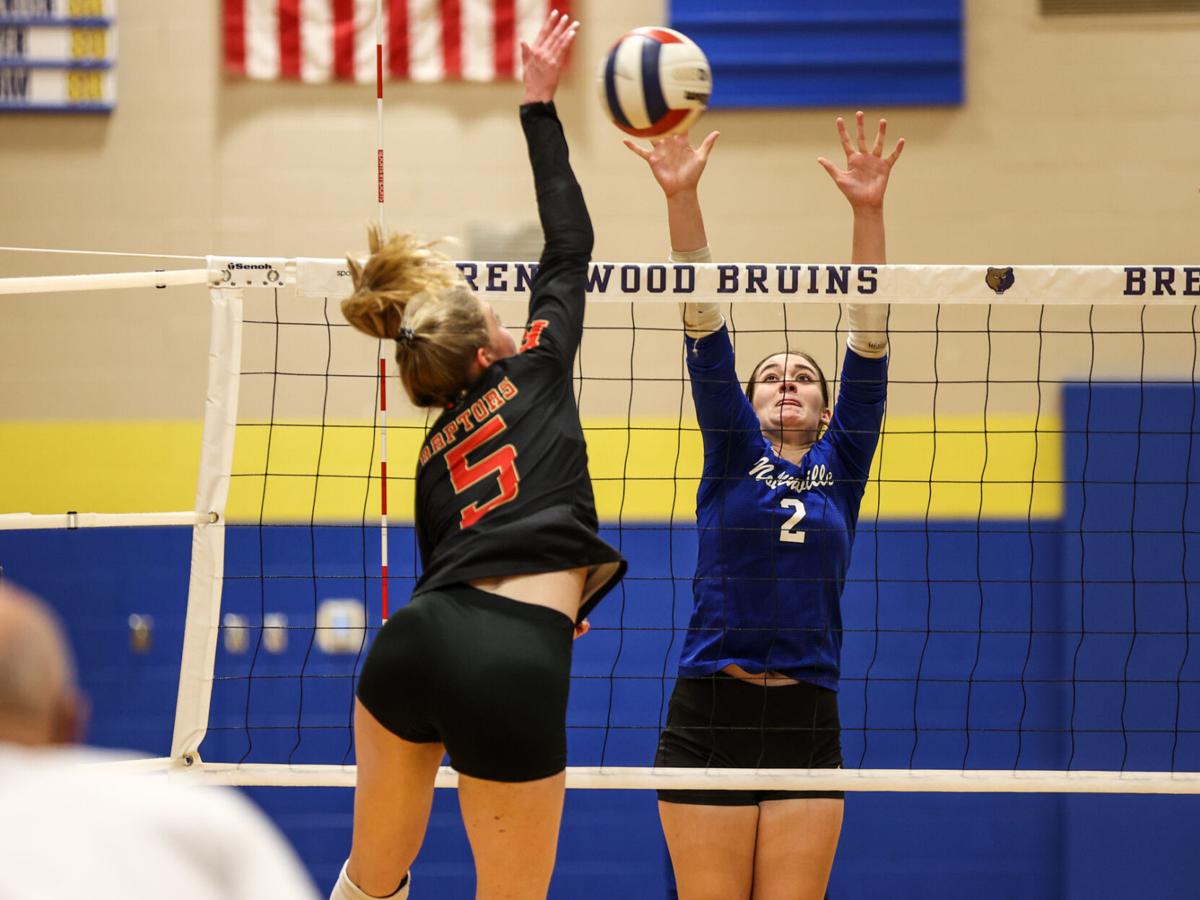 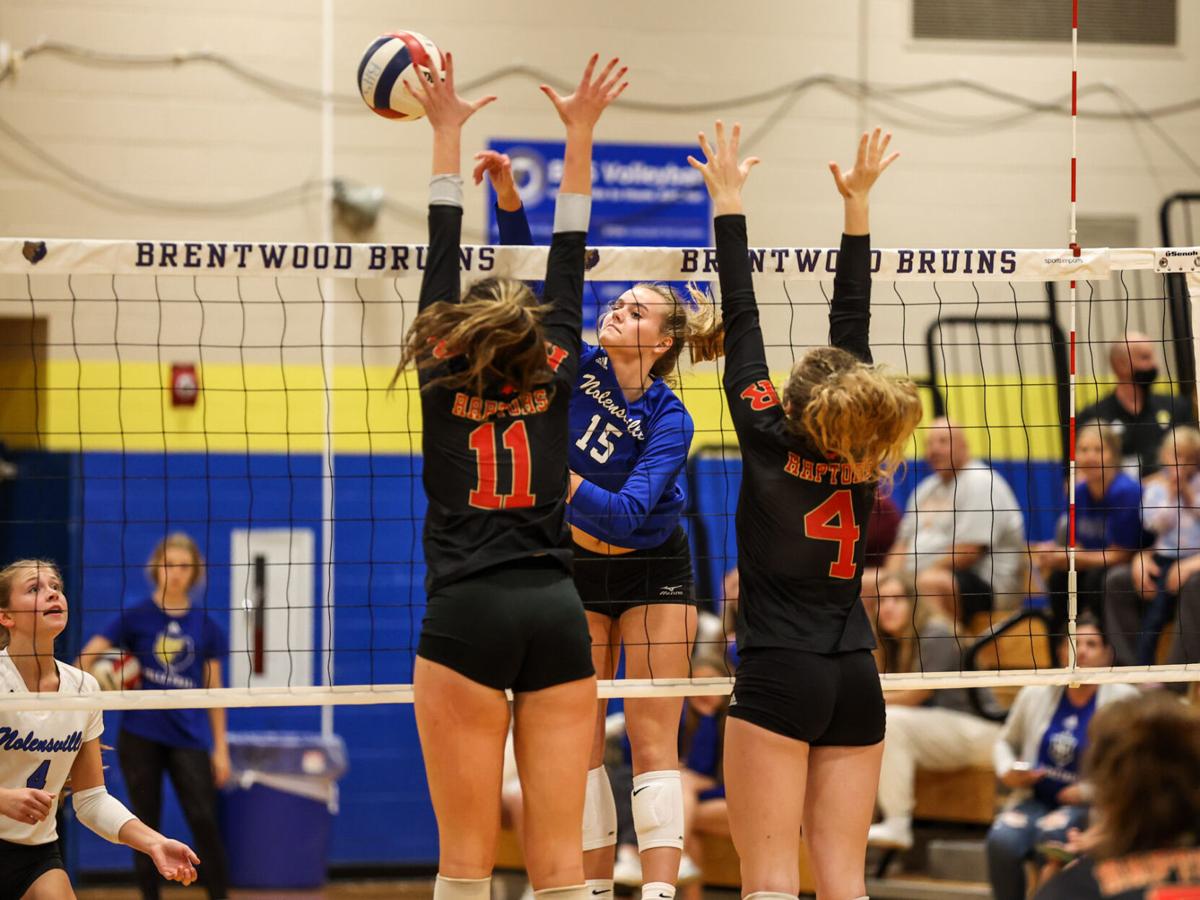 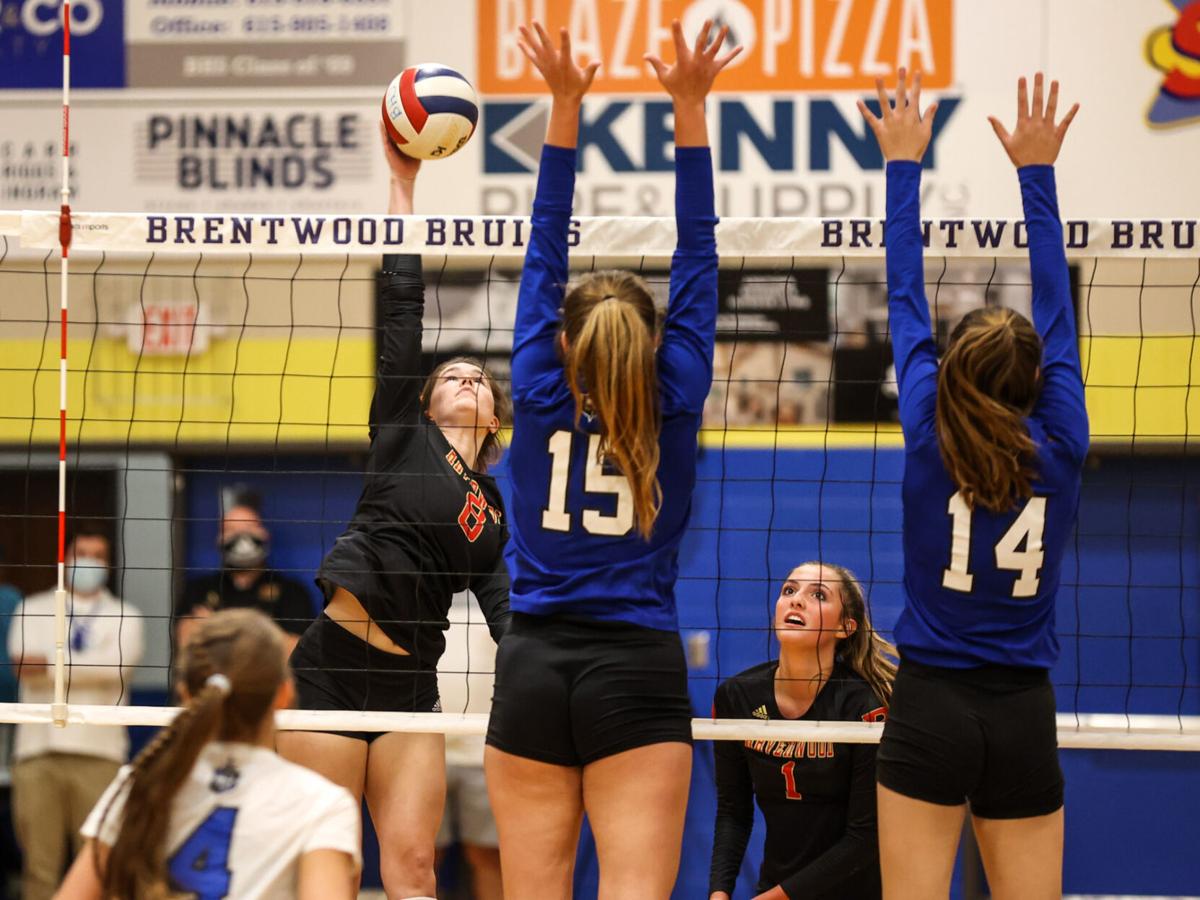 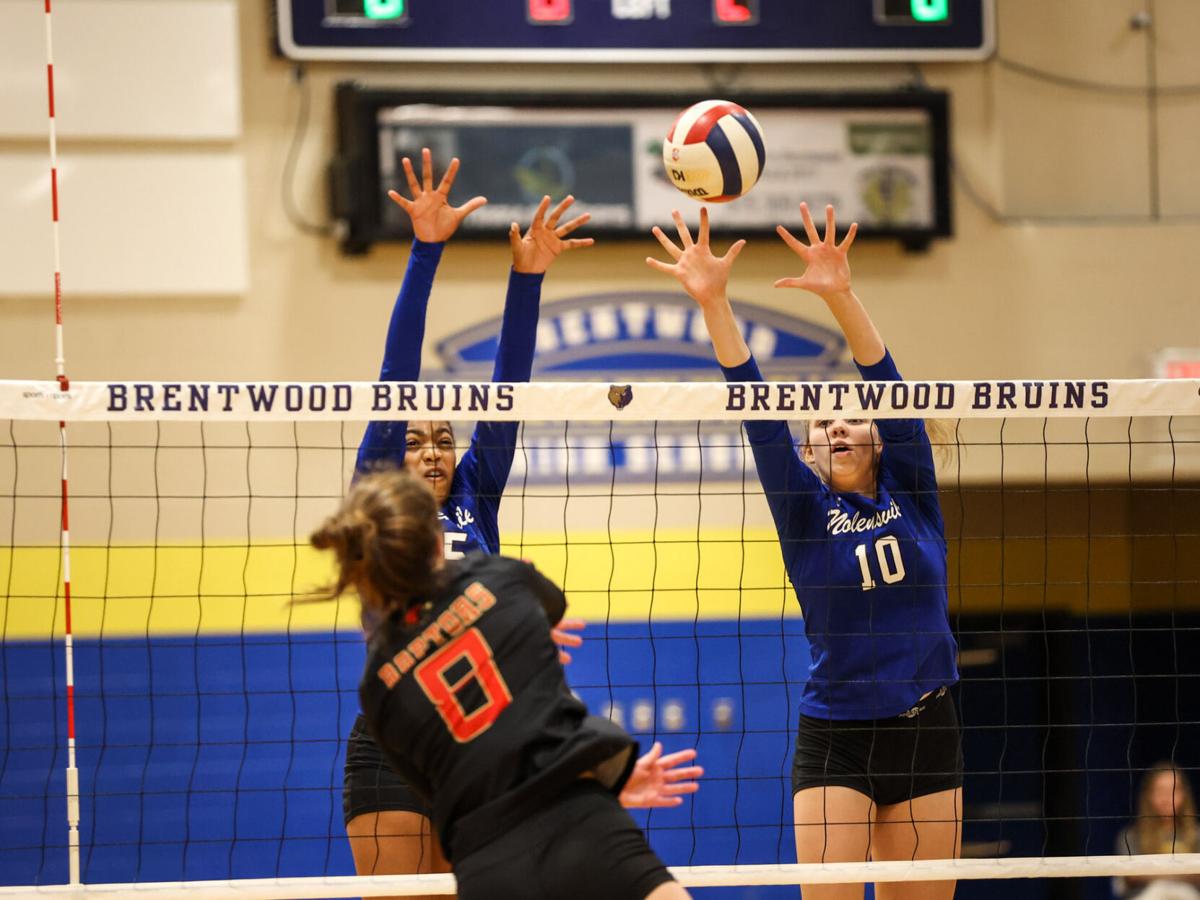 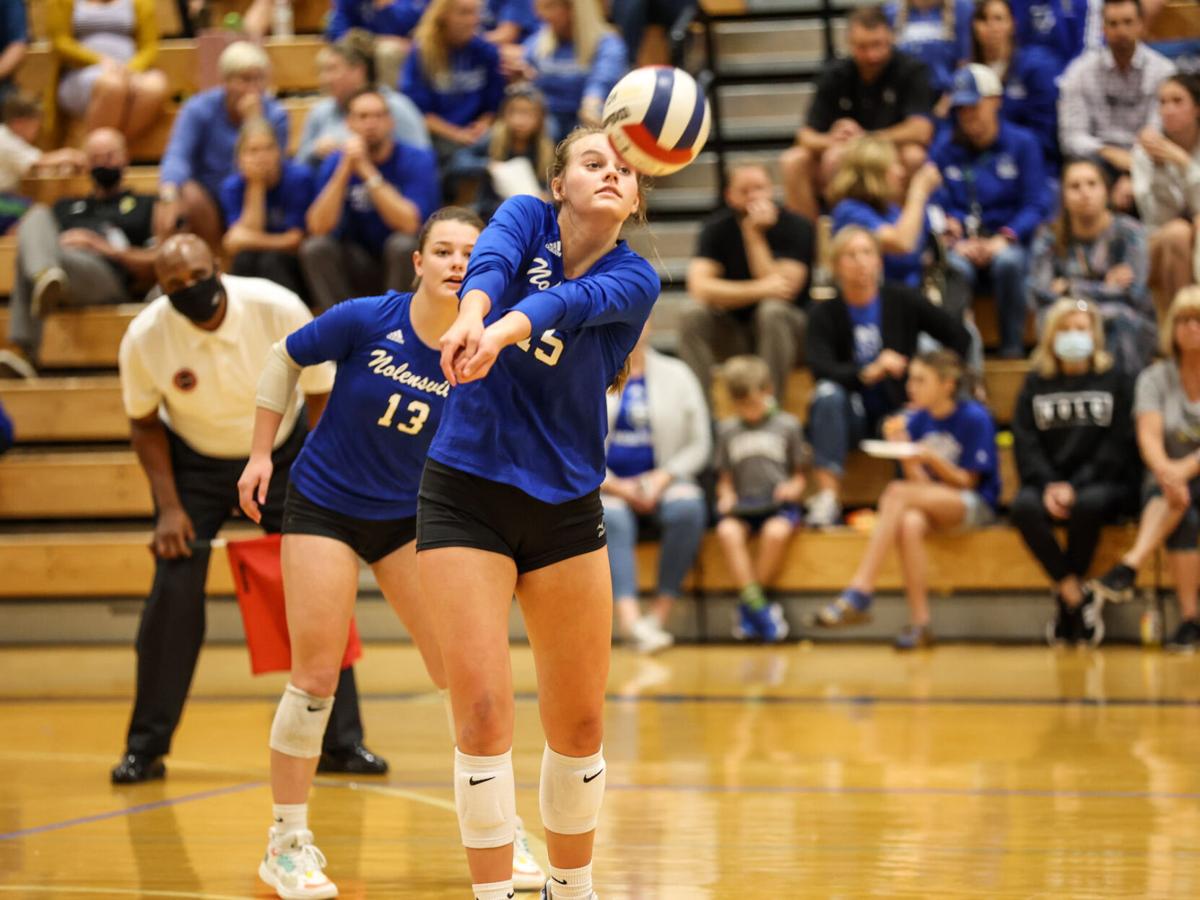 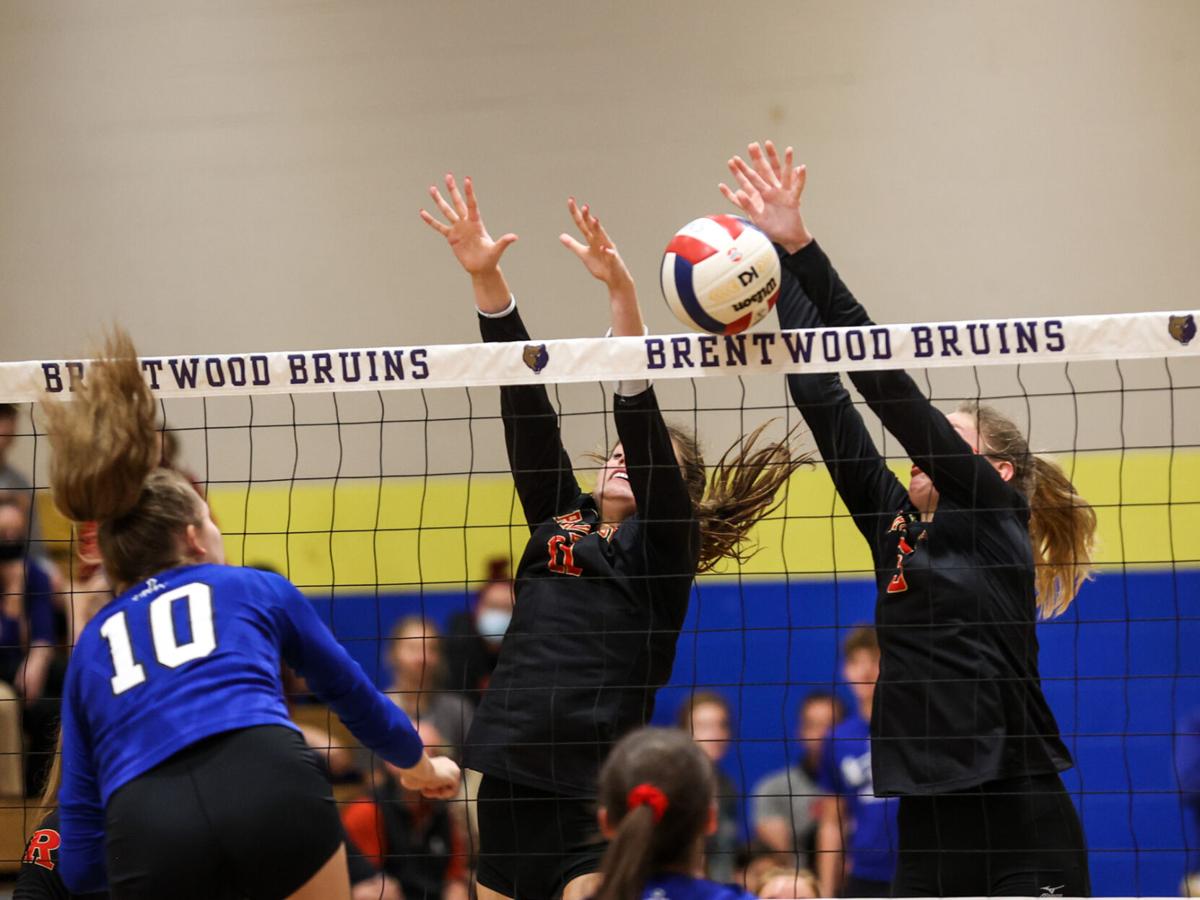 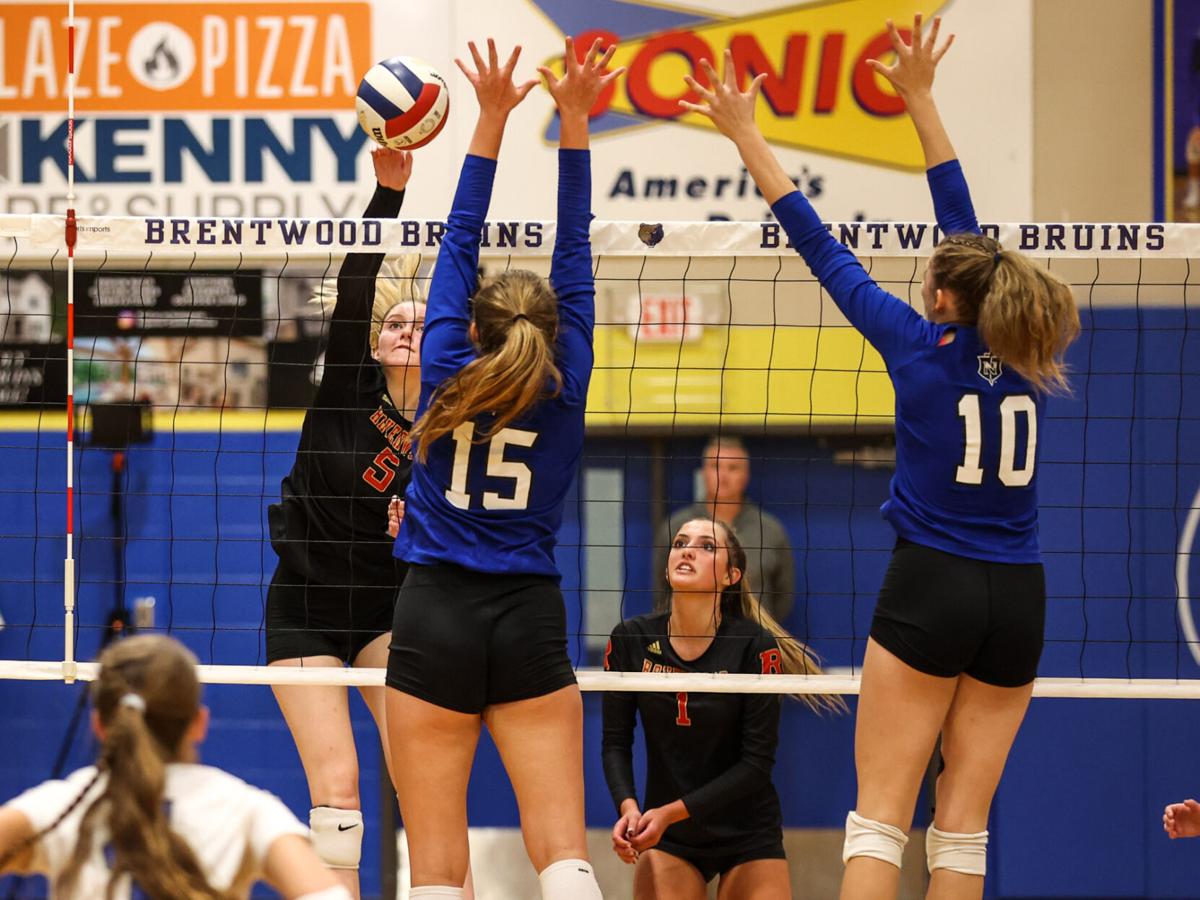 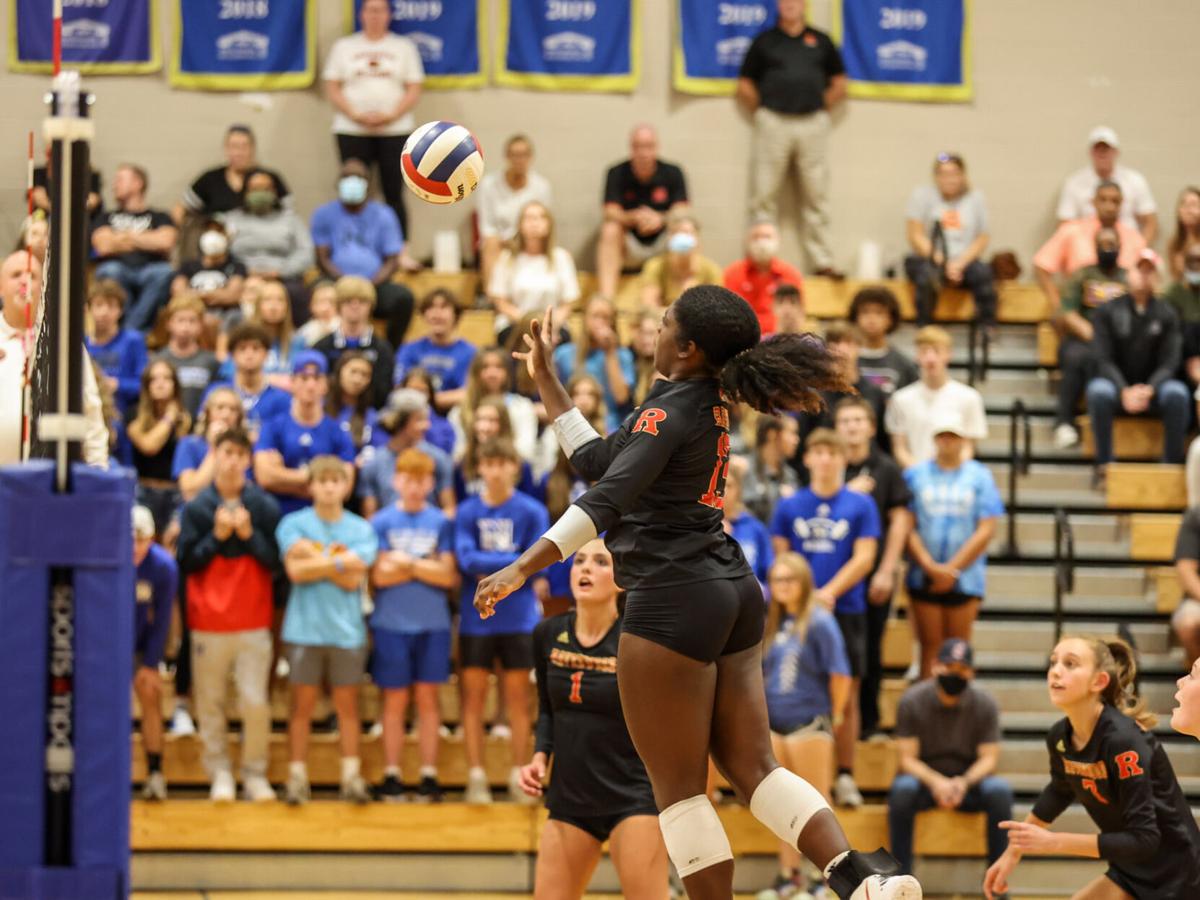 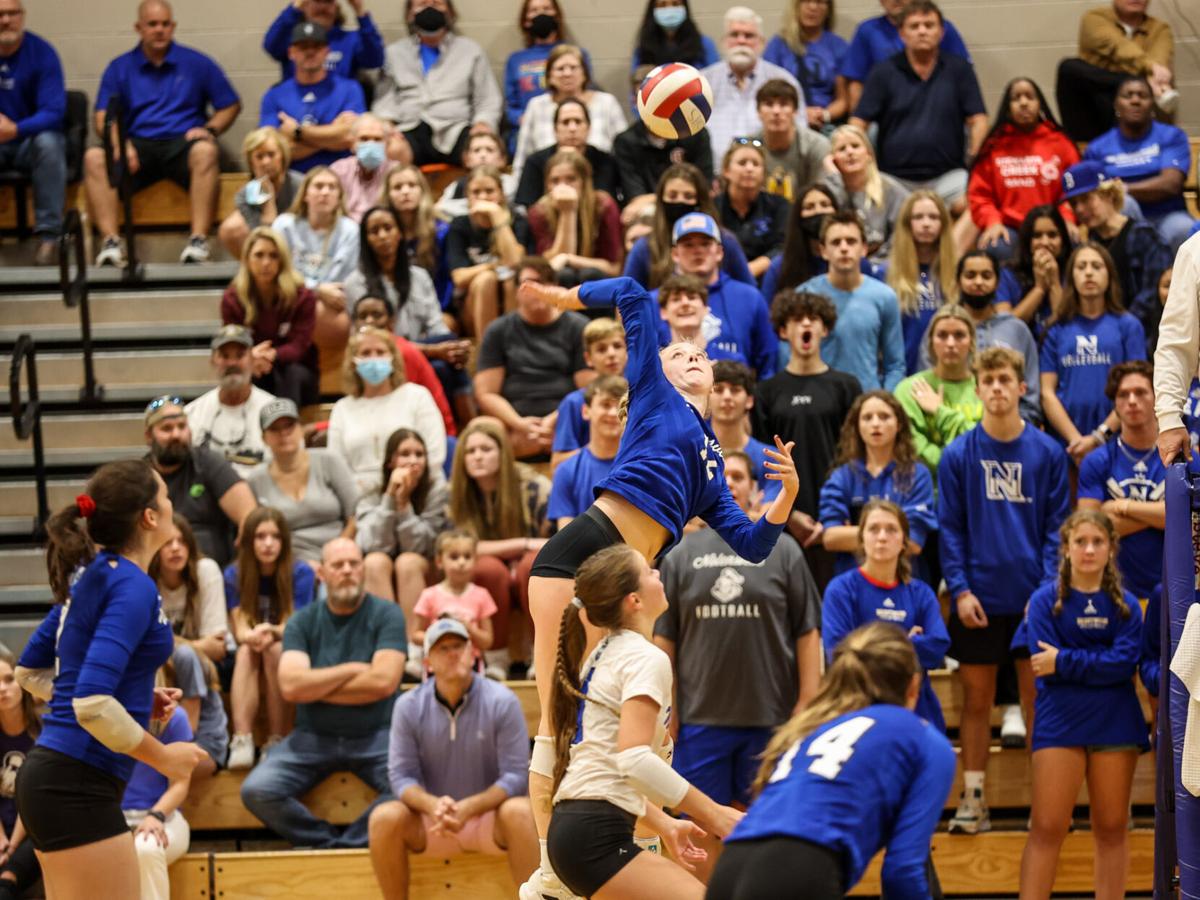 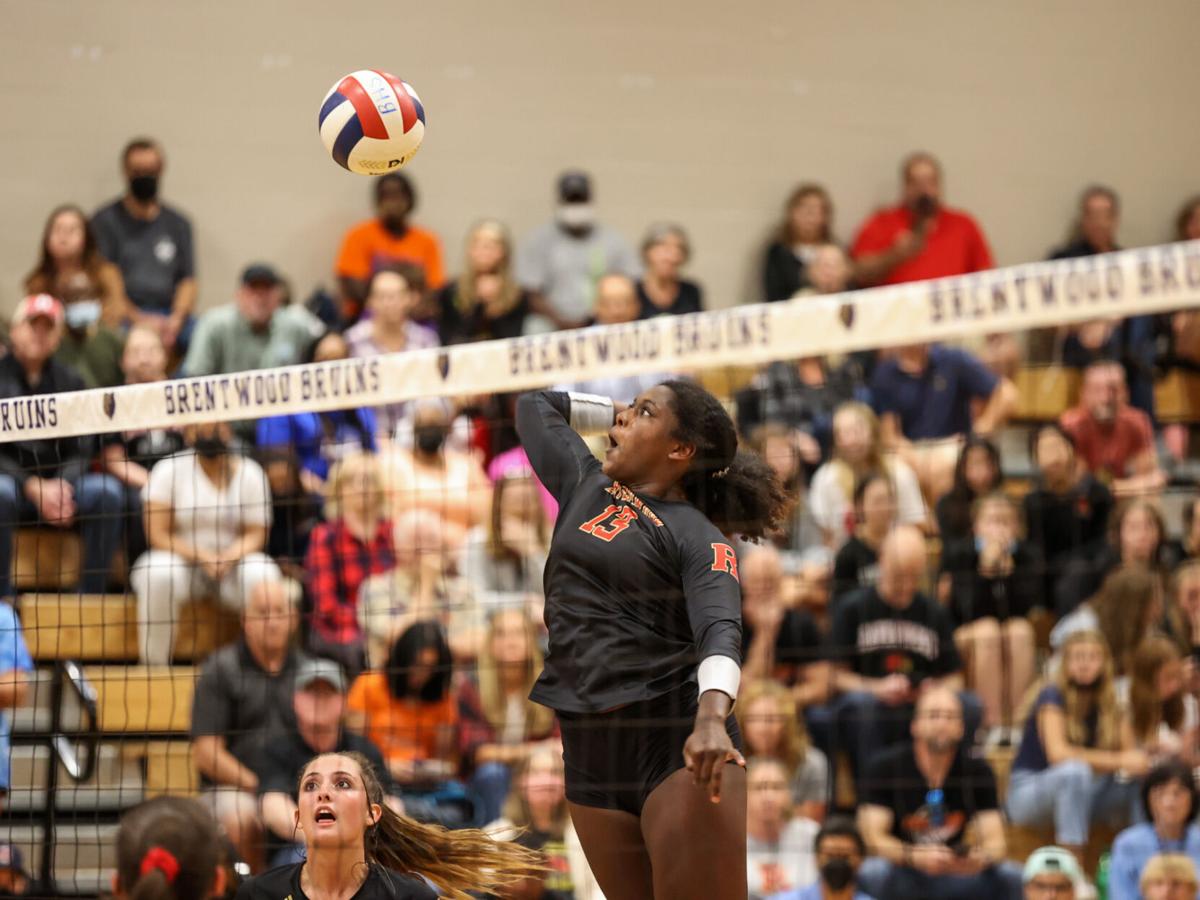 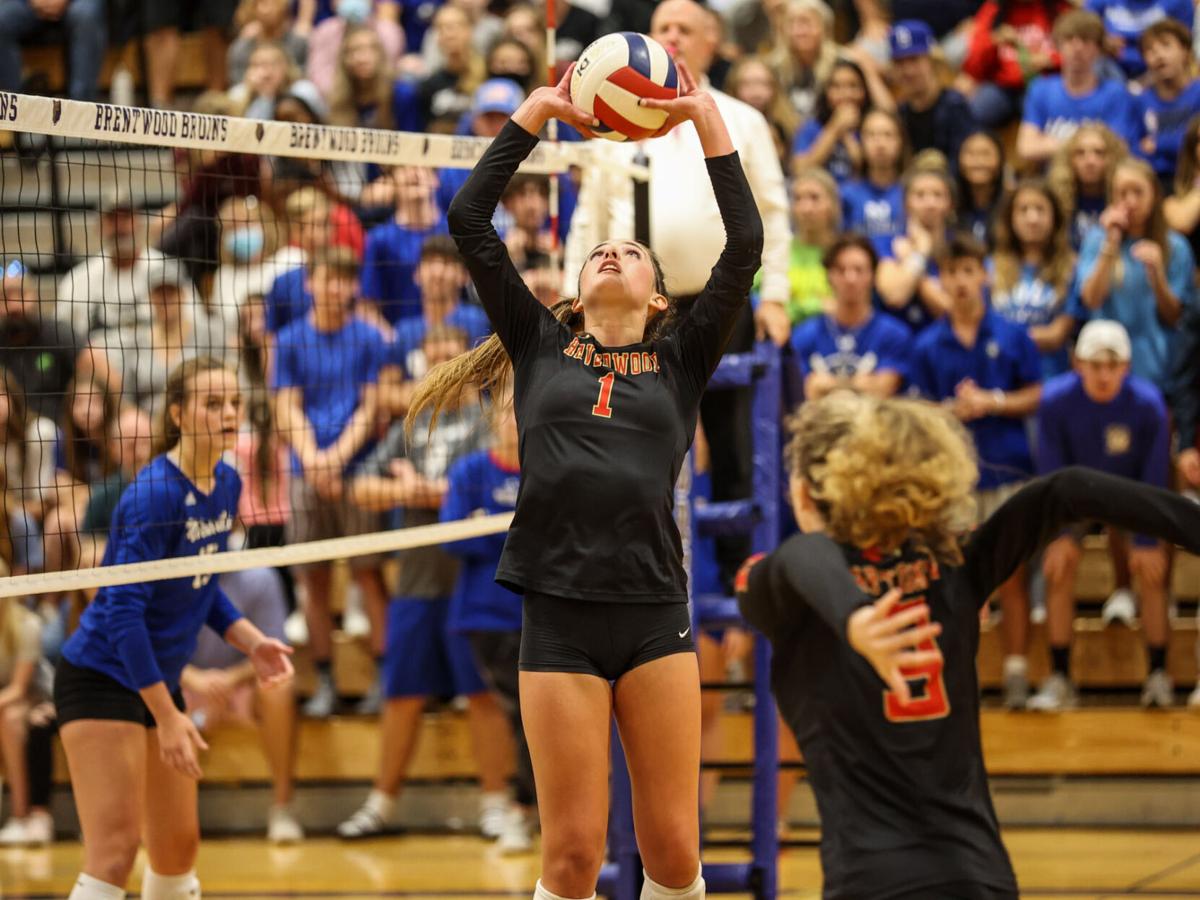 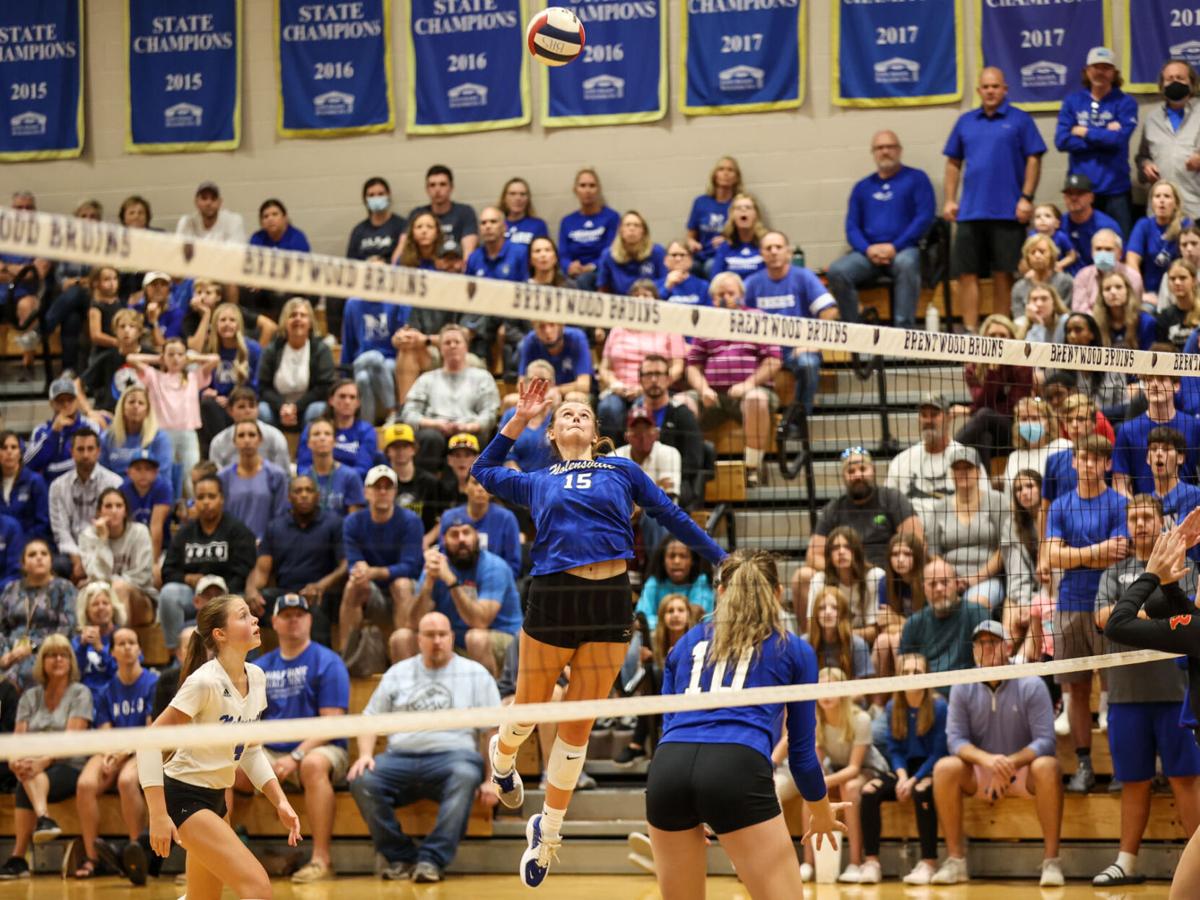 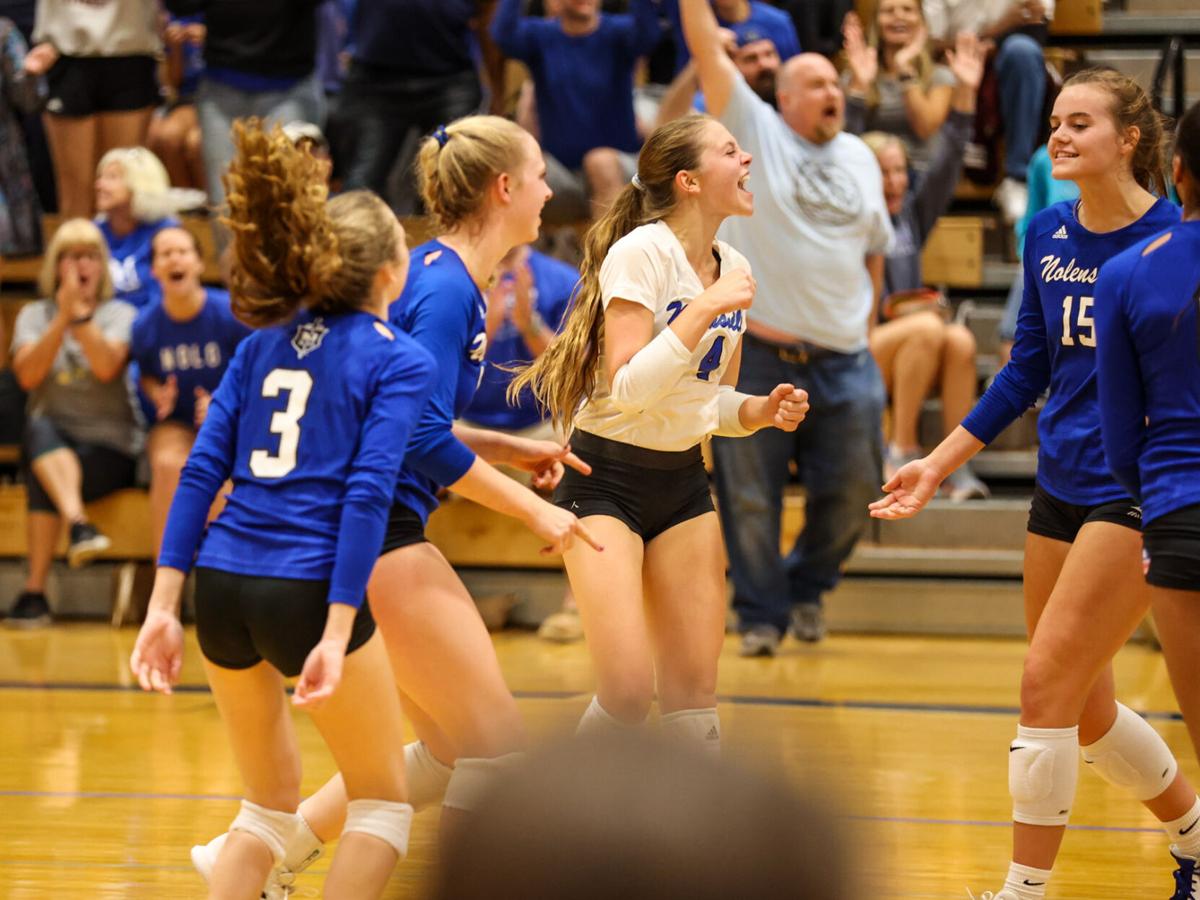 “It has been two really good days,” said Nolensville head coach Brett Young. “To make this move to AAA, and come out as district champions, it is just an unbelievable feeling.”

“It feels so good,” said Nolensville senior Avery Young. “We had a lot of focus on the first Brentwood match because it was the defending state champions. We had that same mindset coming into this match too. I am proud of the team.”

“It is honestly a big accomplishment for us, especially moving up a division and moving into a district that has such amazing teams,” said Nolensville junior Maggie Rickert. “We don’t want this to be the highlight of our season, however. We want to make it to the state tournament.”

“They came out harder than us,” said Ravenwood senior Kennedy Riggs. “They put up a huge block in every area of the court, and we could not figure out a way to get around it.”

In the first set, Nolensville was able to execute timely kills, blocks and aces by Avery Young, freshman Kaira Knox, sophomore Maggie Alred and Maggie Rickert to take the frame 25-18.

Ravenwood battled back in the second set with kills and blocks by senior Reghan Grimes, senior Kennedy Riggs, senior Tanya Sichling, junior Reghan Larkin, junior Abby Chadwick, senior Avery LePore and senior Ali Mullendore. However, Nolensville was able to get a timely kill by Young to gain late separation and win the frame 25-23.

The Lady Knights closed it out with defensive and offensive balance by Alred, Young, Rickert, senior Maymie Gutherie and junior Madeline Mcneely to take the third set 25-16 and sweep the match 3-0.

With this win and the sweep of the district semifinal against Brentwood, Nolensville turned in an impressive performance, not dropping a set in the district playoffs.

“You always want to play your best ball in the postseason,” said Coach Young. “I thought we played two of our better matches against two unbelievably good teams. Brentwood beat us twice throughout the year. Ravenwood gave us our only other loss. There are not a lot of surprises out there when you play a team for the fourth, fifth, sixth time throughout the year.”

“We are just doing the same thing we have done all season,” said Avery Young. “We are playing together and picked up some things. It is all cohesiveness and working together.”

“I play for such a good program,” said Rickert. “Our coaches and teammates are so supportive. We do well picking each other up and cheering everyone on. It is not just skill, it is the leadership and playing together as a team.”

The Lady Raptors leaders in kills were Sichling with 10 kills and Grimes with seven kills.

“I know that I can rely on them to put a ball down,” said Kennedy Riggs. “We talk about spots on the court that are open, and when they could find them, they did.”

Nolensville’s kill leaders were Rickert and Young with 11 each.

“Maggie is a dynamic player for us,” said Coach Young. “As a senior, Avery has stepped up time after time and has been in big games her whole career. I thought both of them played well for us tonight. Outside hitters have to produce for you.”

“I give a lot of credit to our setters for putting the ball in the net for us,” said Avery Young. “They (setters) do a great job of finding openings on the court. Maggie has had a heck of a season, and I am proud to be up there with her too. Our teammates and coaches help us find openings on the floor.”

“Our defense does a good job of telling our offense where to swing and the open shots,” said Rickert. “It is just picking apart the teams that we are facing, finding the shots that are open and swinging when the ball is there.”

Ravenwood will travel to Nolensville and play Page next Tuesday in the region semifinals.

“I am excited,” said Riggs. “We have seen Page and Indy before. I expect us to come out fighting as hard as we can just so we can keep moving on. I want to see us keep our heads up more, playing together and finding more ways to score points.”

Nolensville will host Independence next Tuesday at home and will experience AAA region play for the first time in school history.

“You cannot get much better than that,” said Avery Young. “Our first time in AAA, and we are hosting the region.”

“We are right back in an elimination game,” said Coach Young. “We play Independence, and they have played some really good ball throughout the season. Nolensville is a unbelievably supportive town. These last two nights, our student section and our community in general played a big part in our emotions. Seeing that type of crowd, it is hard not to be pumped up.”