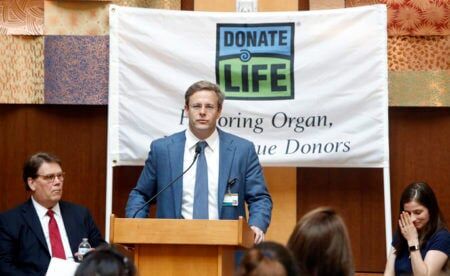 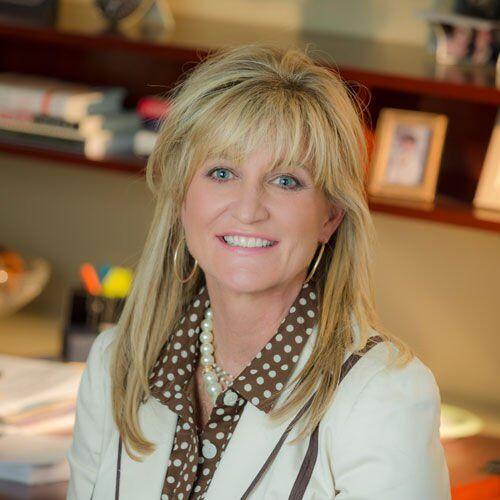 On Friday, blue and green lights will be projected onto area monuments such as the Korean War Veterans Memorial Bridge, Adventure Science Center and the Capitol Mall State Park for Donate Life Month. On April 30, the state Capitol grounds will also be lit for Donor Remembrance Day.

More than 3,000 Tennesseans seek an organ transplant, and an average of 17 people per day die while waiting on a transplant. Tennessee Donor Services has seen the waitlist for organs continue to grow, alongside a record number of donors and transplants over the past two years, said executive director Jill Grandas. The uptick in donors is not entirely attributable to pandemic deaths, as it wasn't until nine months ago that even some COVID patients became eligible to be donors.

“I think it is partially a result of people wanting to make something good happen when there was so much crisis in the world,” Grandas said.

The Vanderbilt Transplant Center beat its own record in 2021 for total organ transplants, at 645. That makes it the fifth-largest transplant center by volume in the nation and the world’s largest heart transplant center, according to a press release from earlier this year.

“That even during a pandemic the transplant center was able to continue to serve patients is a testament to the selfless dedication of each member of the team,” said Seth Karp, director of VTC.

Tennessee Donor Services works through referrals from the families of a dying or deceased patient. The organization consults with the United Network for Organ Sharing list to match with a recipient. The waitlist is dependent on attributes including which organ, the condition of the patient, blood type, weight and location. After the matching, centers such as Vanderbilt Transplant Center take it from there. Living donations, on the other hand, are handled individually by transplant centers. Tennessee Donor Services has a longstanding relationship with Vanderbilt.

“Their physicians and nurses are very in tune to the fact that once the lifesaving measures have been exhausted, they understand that donation is something that could give the family hope and solace in a really tragic time,” Grandas said.

It’s personal for Raichon Morand, who received a lung transplant in 2015 at Vanderbilt University Medical Center at the age of 42. At the time of her transplant, cystic fibrosis had reduced her lung capacity to less than 16 percent. Now she volunteers with Tennessee Donor Services.

“I truly believe that the most important part of this is to communicate how important it is for people to register to be organ donors,” she said. “That's really what gives people hope on those really scary days where you feel like you may not make it another day or two, but at least you've got hope that you could get a phone call that will save your life.”

Potential donors should inform their families of their plans, according to Grandas.

“When you register, it is a legally binding document,” she said. “On occasion, families might object because they didn't know, but typically we don't run into that. If they know what their loved one wants, they're willing, they're relieved that that's not a decision they have to make.”