Local nonprofits are preparing to welcome 300 Afghan refugees to Nashville following the American military’s withdrawal from the country and its takeover by the Taliban. Catholic Charities of Tennessee and the Nashville International Center for Empowerment both have contracts with the U.S. Department of State to receive and assist refugees.

Each of the organizations will be assisting half of the 300 refugees, according to Catholic Diocese of Nashville spokesperson Rick Musacchio.

“300 refugees aren’t going to arrive at BNA [all at once],” he said. “This is an orderly, staggered process.”

He said Catholic Charities expects to receive its first group of refugees — a family of four — within two weeks. Refugees will be relocating in phases through March 2022, according to Musacchio.

All of the refugees are currently being vetted and housed by the State Department at an undisclosed location, he said.

Upon arrival, the refugees will be legal residents of the United States, meaning they are eligible to work and will pay taxes. Their children can also attend public schools, said Musacchio.

However, due to the emergency circumstances around the airlift, the Afghan refugees will not be eligible for refugee resettlement assistance or other federal benefits, he added.

“In a normal situation, refugees would receive SNAP, EBT and TennCare health benefits during their first 90 days here, but the Afghan refugees are under what they call ‘parole status’ so they will not receive any of those benefits,” said Sabina Mohyuddin, executive director of the American Muslim Advisory Council.

A group of local non-profits including Catholic Charities, NICE and the Tennessee Office for Refugees will be raising money and taking donations to provide the refugees with basic necessities such as groceries and toiletries.

As far as housing is concerned, Catholic Charities and NICE are reliant on their existing relationships with local landlords to house refugees.

“We receive refugees all the time, so we have an existing network of businesses and individuals to reach out to,” Musacchio said. “Of course, we are always looking to recruit more, but this is not our first rodeo.”

Musachio said the organizations are actively working to recruit more businesses to hire the Afghan refugees. A study on the cost of federal refugee resettlement in Tennessee showed that between 1990-2012 the state spent a little more than $753 million helping refugees in Tennessee, but refugees generated more than $1.4 billion in tax revenue in the state.

“Refugees should not be looked at as a charity case,” he said. “They contribute more to our economy than they receive.”

Though Tennessee Republican leaders have been quick to criticize the American withdrawal from Afghanistan, few have said the state should accept Afghan refugees, including those who assisted the American military. Gov. Bill Lee’s office did not respond to multiple requests for comment.

“The 300 Afghan refugees that Tennessee is asked to take is a tiny, tiny percentage of our state’s population," U.S. Rep. Jim Cooper (D-Nashville) said through a spokesperson. "We should welcome the Afghans who helped our troops survive by translating for them and other services. Catholic Charities and NICE do noble work in helping our fellow man. This is our generation’s chance to prove that we can be Good Samaritans.” 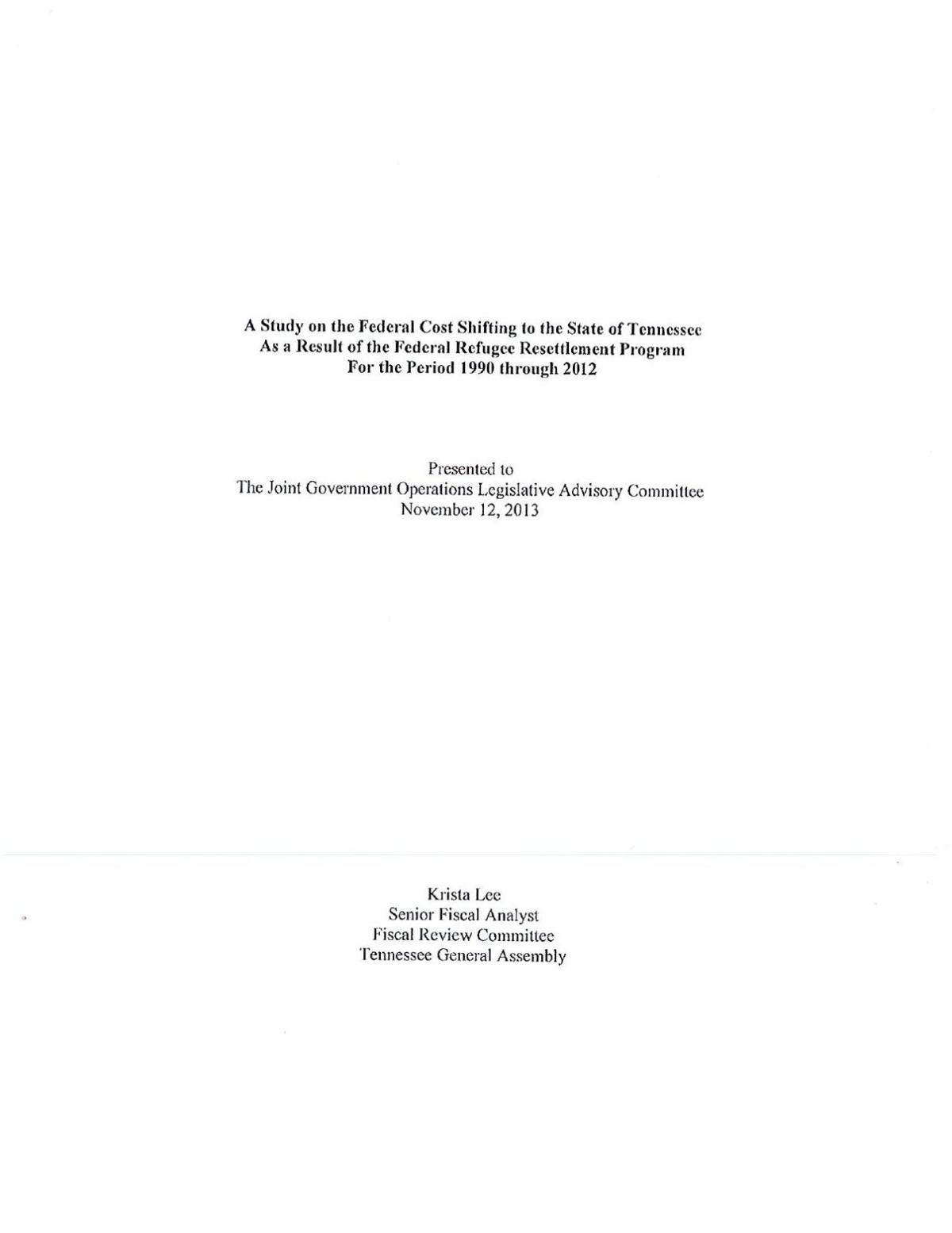