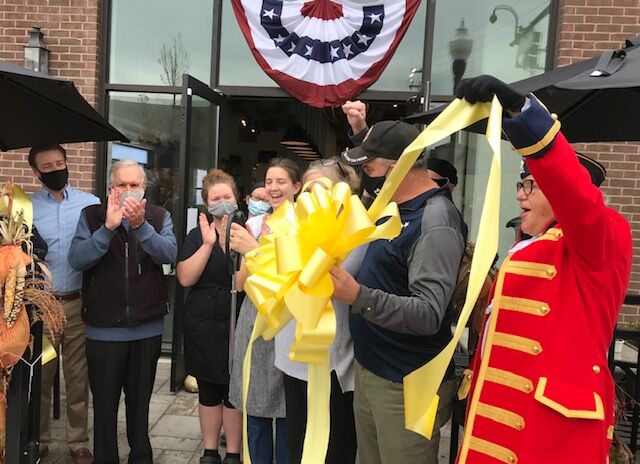 John Mather, Franklin's Town Crier, holds one end of the ribbon during the ceremony Wednesday at the Franklin Bakehouse. 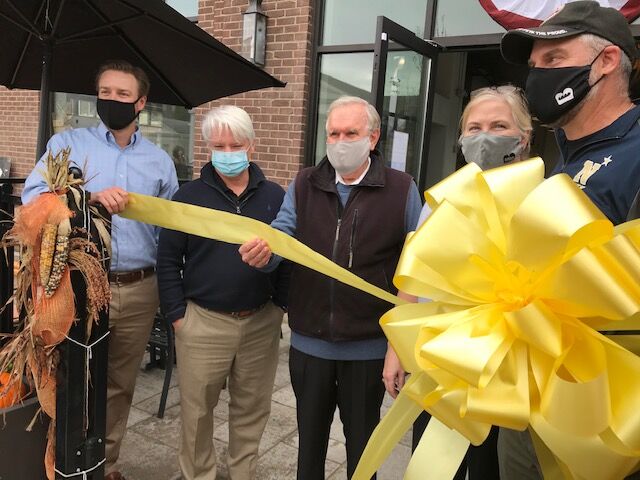 Bill (right) and Angie Muir stand alongside the team from Harpeth Associates, (from left) Russ Hayes, Steven Bacon and Rod Heller, just before the ribbon cutting. 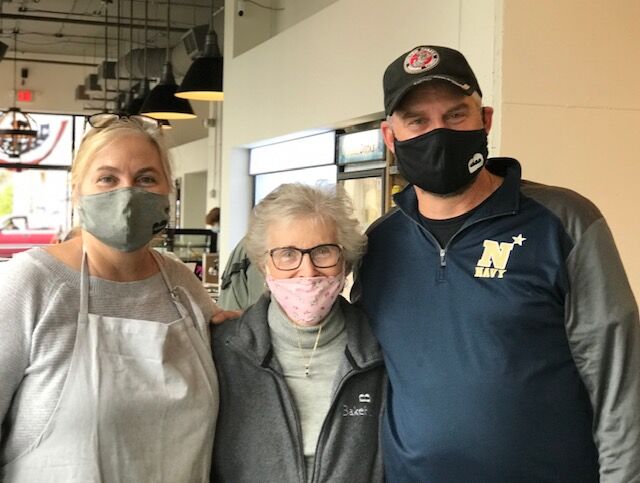 It didn’t take long for Angie and Bill Muir to feel right at home after opening their “dream come true” business known as the Franklin Bakehouse.

Sure, they’ve been settled in Franklin for the past 20 years, but it took opening a small business — especially one that serves a variety of breakfast and lunch foods, breads, pastries and much more — to particularly feel the warmth and support of the community.

“The community support has been wonderful,” Bill Muir said Wednesday after Williamson Inc. hosted a ribbon cutting for the new restaurant and market on First Avenue in Harpeth Square. “The feedback has been both good and constructive. Frankly, we learn more from the constructive than the good. What’s been really nice are the people coming back, the word of mouth.

“This has been a long-, long-term dream come true, a vision for us.”

The Muirs met at the U.S. Naval Academy, where both graduated in the early 1990s. Bill joined the U.S. Marine Corps afterwards, while Angie went on to serve in the Navy. They married and later raised three children in Franklin and saw all three graduate from college.

“When our youngest son graduated from high school,” Muir said, “we looked at each other and said, ‘Hey, we’re not going to sit in our Lazy Boys and stare at each other. Let’s go after our dream.’”

That dream first took them to Italy not too long ago, where Angie became inspired by all the different foods and bistros and specialty markets. They had traveled elsewhere in Europe and across the United States, and came up with the idea to open a cozy market and restaurant in the heart of downtown Franklin.

The Franklin Bakehouse opened Sept. 26 on the corner of East Main Street and First Avenue, and it has already grown from 14 employees on opening day to 31 currently.

As both Angie and Bill are veterans and supportive of veteran causes, they found it fitting to hold their grand opening on Veterans Day. A portion of the day’s sales went toward the Travis Manion Foundation, which serves to empower veterans and families of fallen heroes to develop character in future generations.

“We’re really glad to have this on Veterans Day for a variety of reasons,” Muir said. “We’re really focused on giving back, so it’s a great opportunity for us to give to a veterans organization that we really support and believe in.”

Click here to learn more about the Franklin Bakehouse.