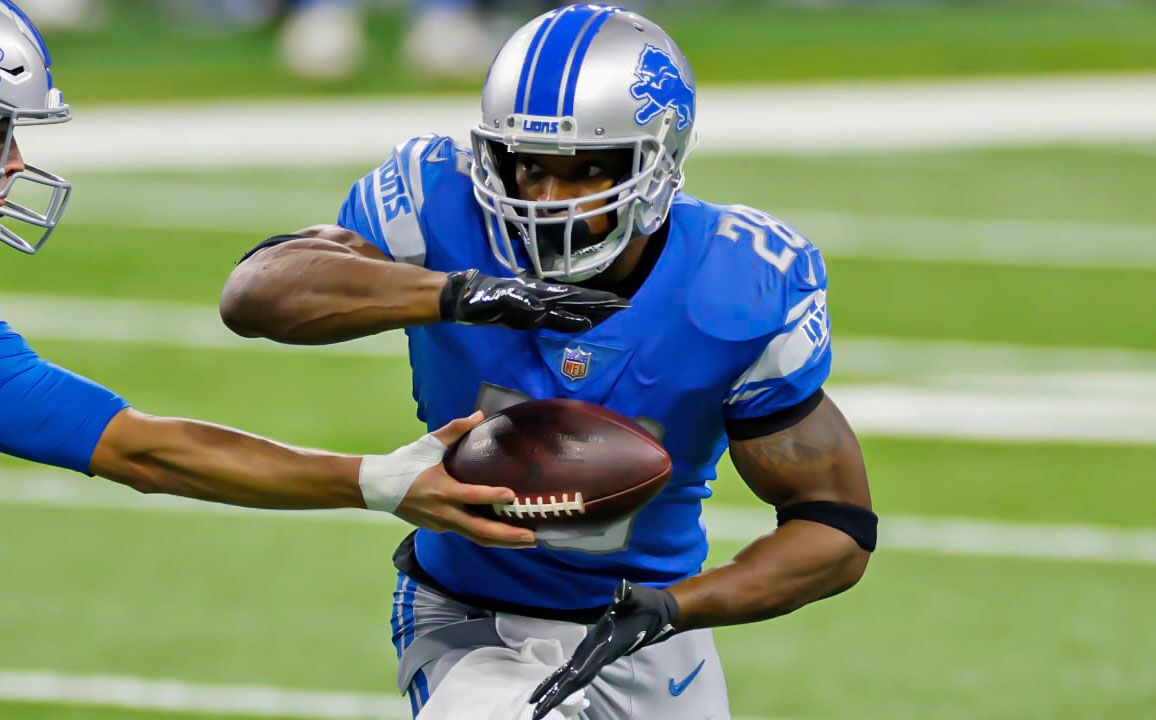 But as luck would have it, the Titans replaced the reigning two-time NFL rushing champion with a former three-time league rushing champion in Adrian Peterson, the NFL’s fifth all-time leading rusher, according to a report from ESPN. He will be added to Tennessee’s practice squad then elevated to the active roster.

Henry, who was placed on injured reserve on Monday afternoon, will have surgery Tuesday morning to repair a broken fifth metatarsal in his foot. He’s expected to miss anywhere from six to 10 weeks.

“We played against Adrian (Peterson) and obviously he has a pretty strong and solid resume,” Titans head coach Mike Vrabel said Monday morning, refusing to go into detail about a player not yet officially signed to Tennessee’s roster.

If anyone can sympathize with Henry’s current situation, it’s Peterson. In 2011, Peterson was on the verge of his fifth straight 1,000-yard season before tearing his ACL in the 12th game of the season. Given a 12-month timetable to return, Peterson defied the odds and came back in nine months to record the second-best single-season rushing performance in NFL history (2,097 yards).

Although he’s 36, Peterson is said to still be in great shape. He was productive last season with the Detroit Lions, rushing for 604 yards on 156 carries with seven touchdowns in 16 games, including 10 starts.

He had a 1,000-yard season in 2018 with the Washington Football Team, scoring seven touchdowns on the ground and adding 20 receptions for 208 yards through the air.

“It feels good to get back into football movement and to sign with a contender,” Peterson told CBS Sports’ Josina Anderson. “We have big shoes to fill for Derrick Henry who I feel was the front runner for MVP, but I'm looking forward to contributing to the running back room and helping the Titans to win the division and to chase the ultimate goal of winning a championship."

Peterson, of course, isn’t the Titans’ only option. They have Jeremy McNichols on the active roster and Mekhi Sargent and Dontrell Hilliard on the practice squad.

McNichols only has seven carries for 38 yards this season, but he’s currently second on the Titans in receptions (21) and third in receiving yards (203). The 25-year-old tailback had 204 yards on 47 carries for the Titans last season and figures to get the bulk of the carries in Henry’s absence.

Hilliard, who rushed for nearly 3,000 yards and 30 touchdowns at Tulane, has just 97 rushing yards to his name in the NFL. He’s also used a pass catcher in spot situations, registering 22 receptions for 199 yards in two seasons with the Cleveland Browns.

“Dontrell, I would say, has probably spent more time in our building for a new player last week as much as anyone I can remember,” Vrabel continued. “I see him late in the special teams office with (Criag Aukerman) trying to get some stuff there. I heard him meeting with (running backs coach) Tony (Dews) in Tony’s office. He came in ready to go. You could see he clearly wanted to come in and try to play.”

Sargent is the least experienced of the group, getting just two regular season carries for four yards earlier this season. He did rush for 187 yards and a touchdown on 49 carries in three preseason games.

“(Sargent) has shown a willingness and a toughness to be able to be available and be with us through training camp,” Vrabel added.

Peterson’s signing likely won’t be Tennessee’s only move. He has a similar between-the-tackles running style to Henry, but at 36, there are questions about his durability and if he can still be a bell-cow back.

McNichols is a fine player, but realistically, he’s more of a third-down back. His best attribute is his ability to catch the ball out of the backfield and work the middle of the field. He’s also a solid blocking back. Hilliard was signed for his experience as a kick returner and likely won’t factor much into the Titans’ backfield plans.

A running-back-by-committee-approach seems the most likely option for the Titans, who will have to rely heavily on Tannehill and receivers A.J. Brown and Julio Jones to carry the team until Henry returns, whenever that may be (most likely the playoffs).