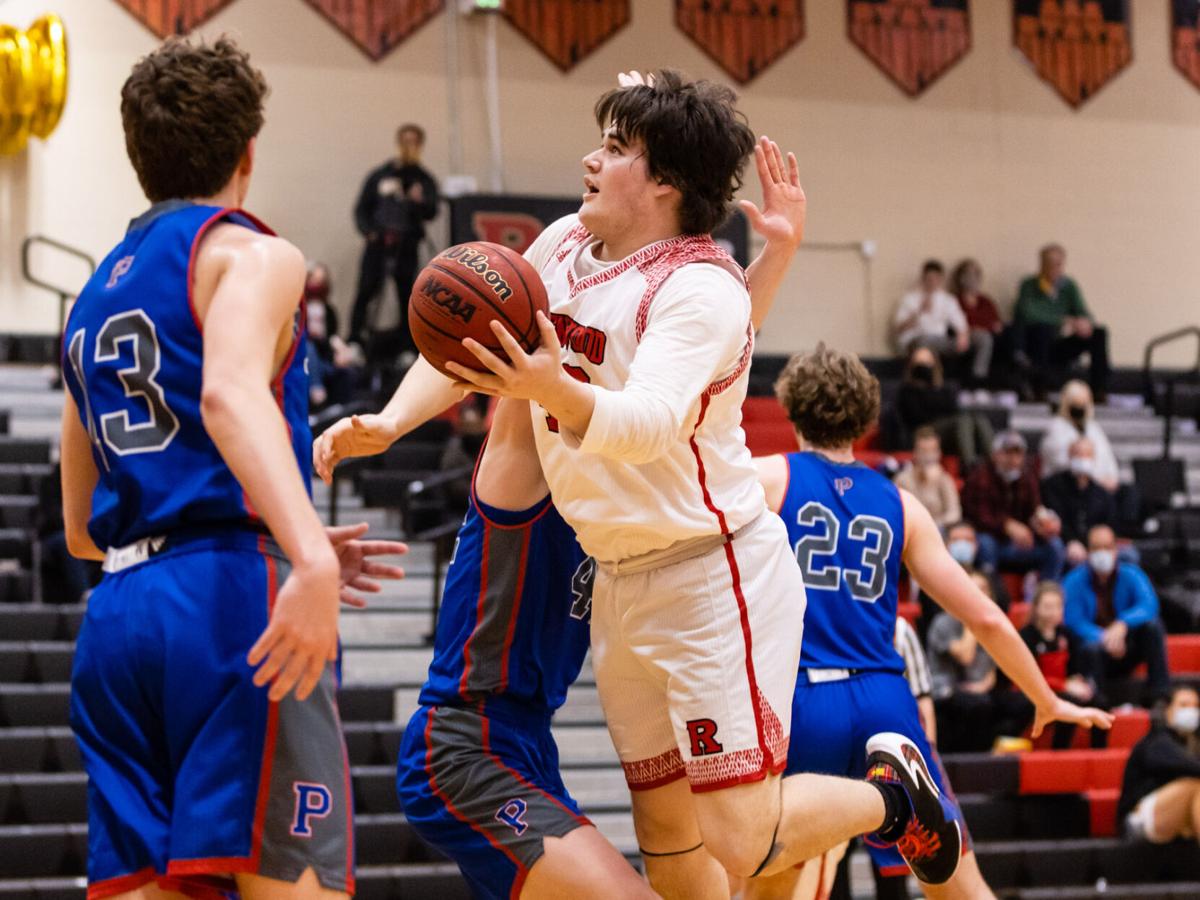 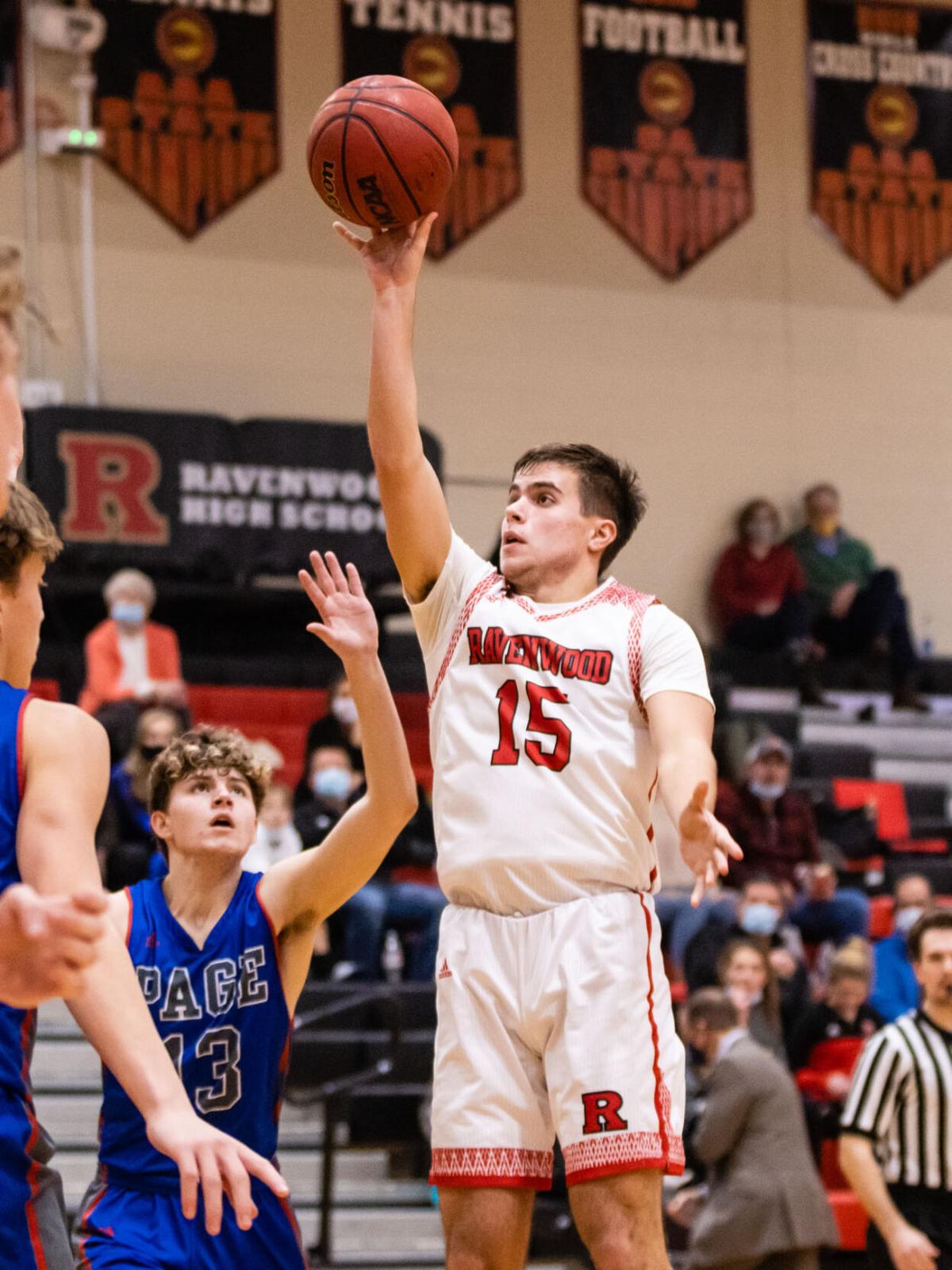 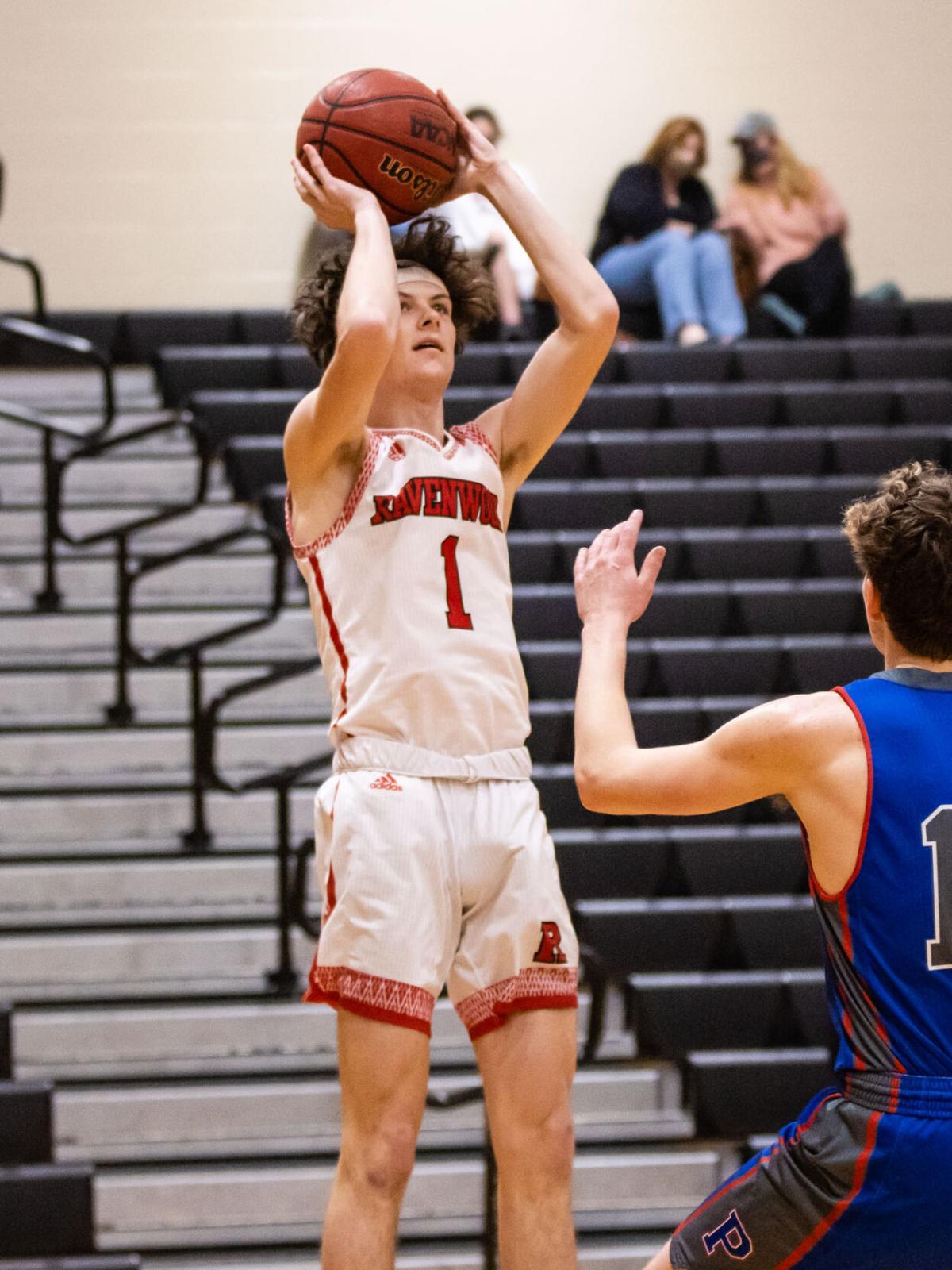 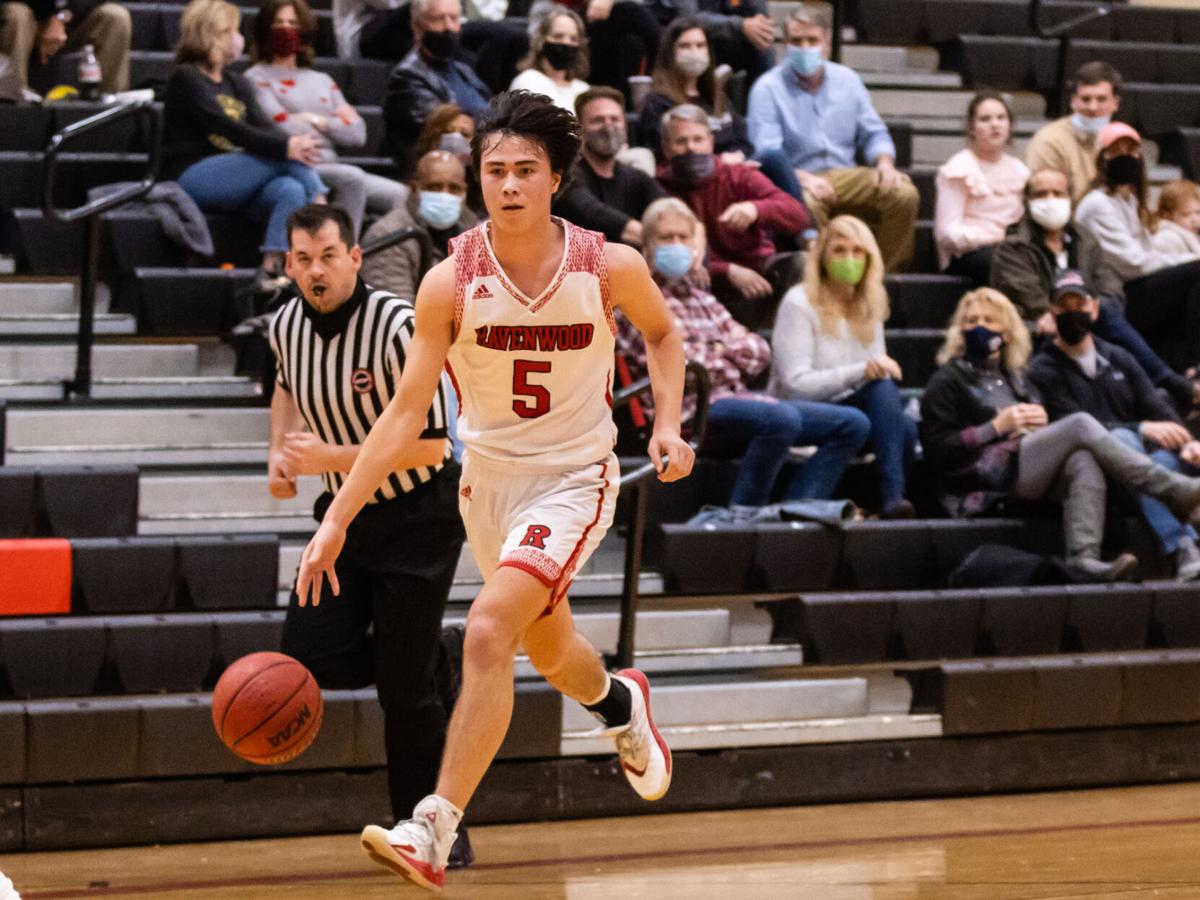 Nick Dand (5) bringing the ball up the court. 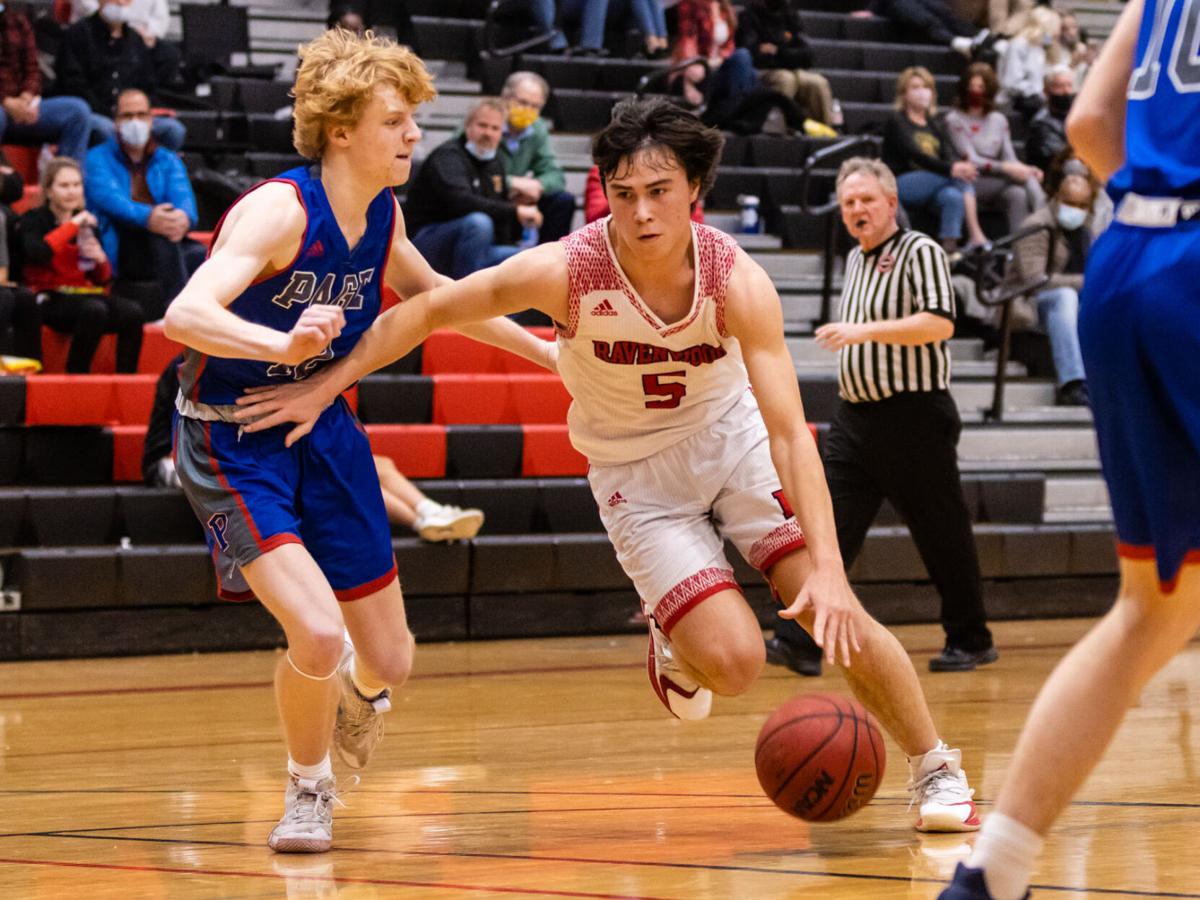 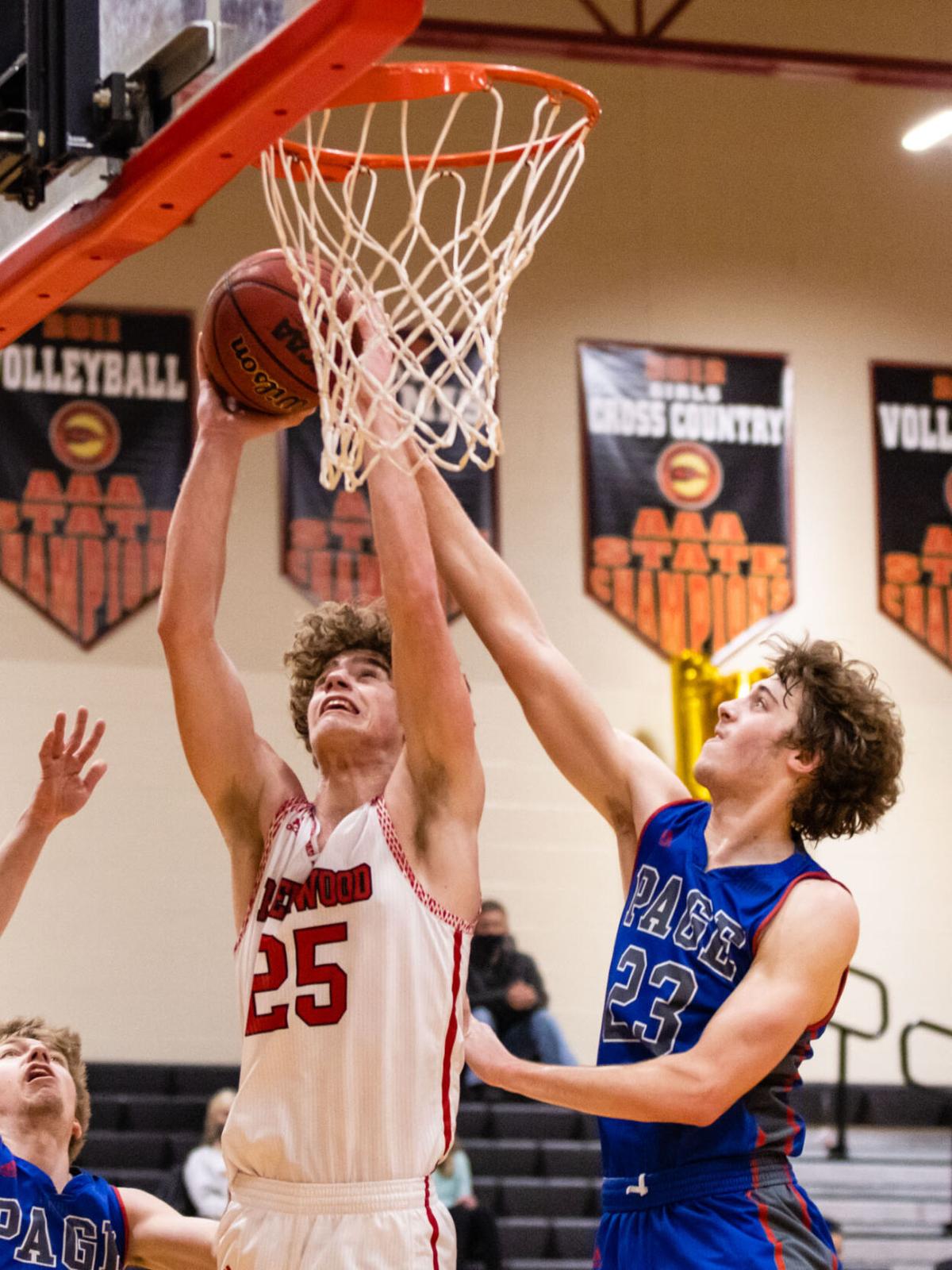 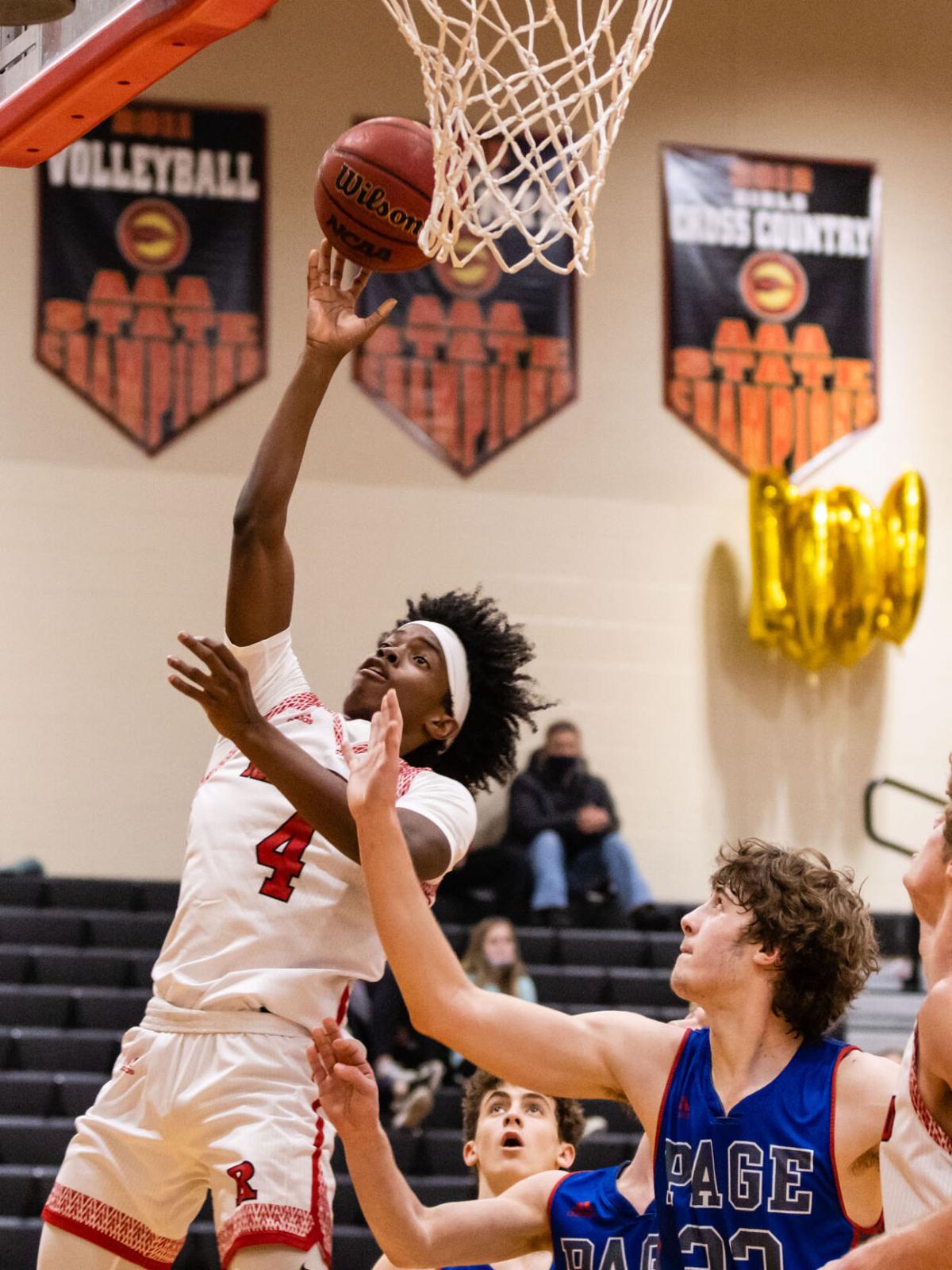 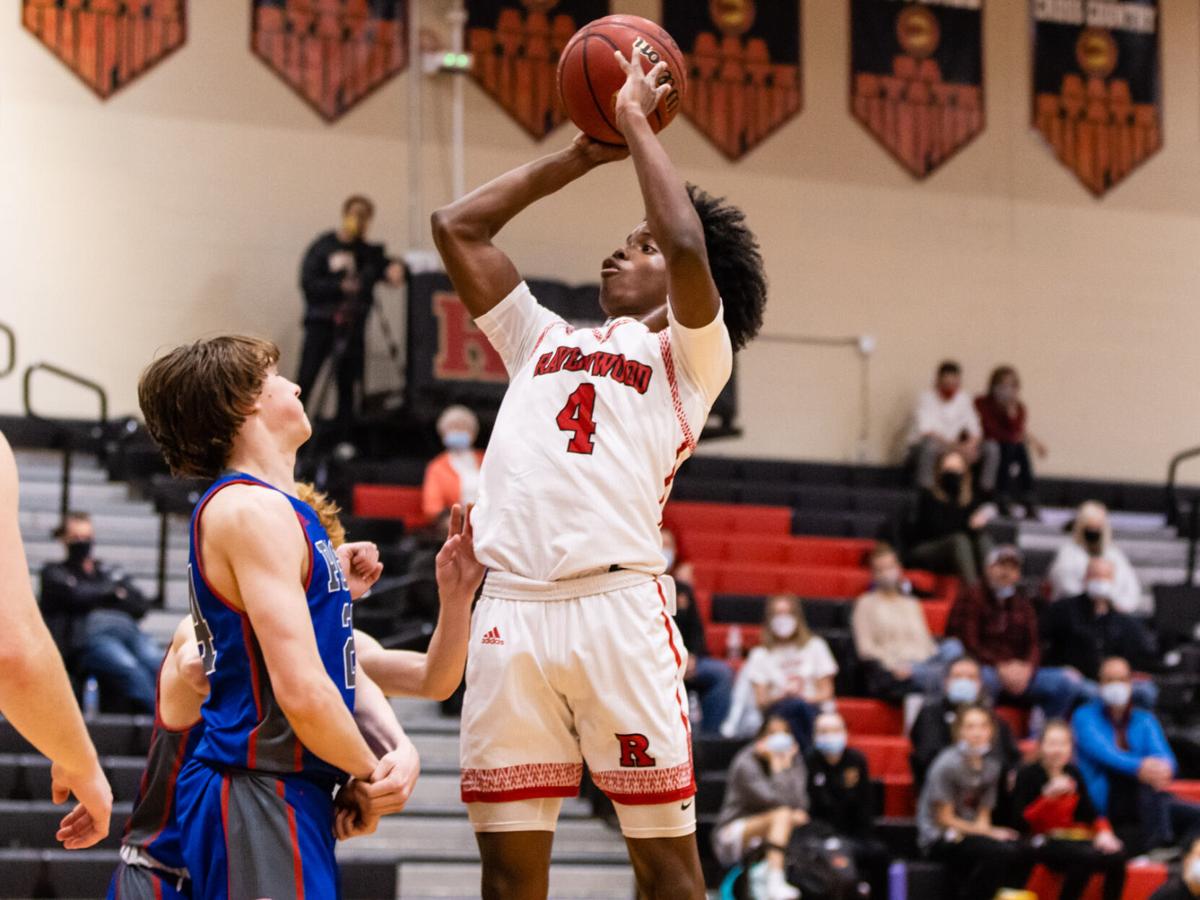 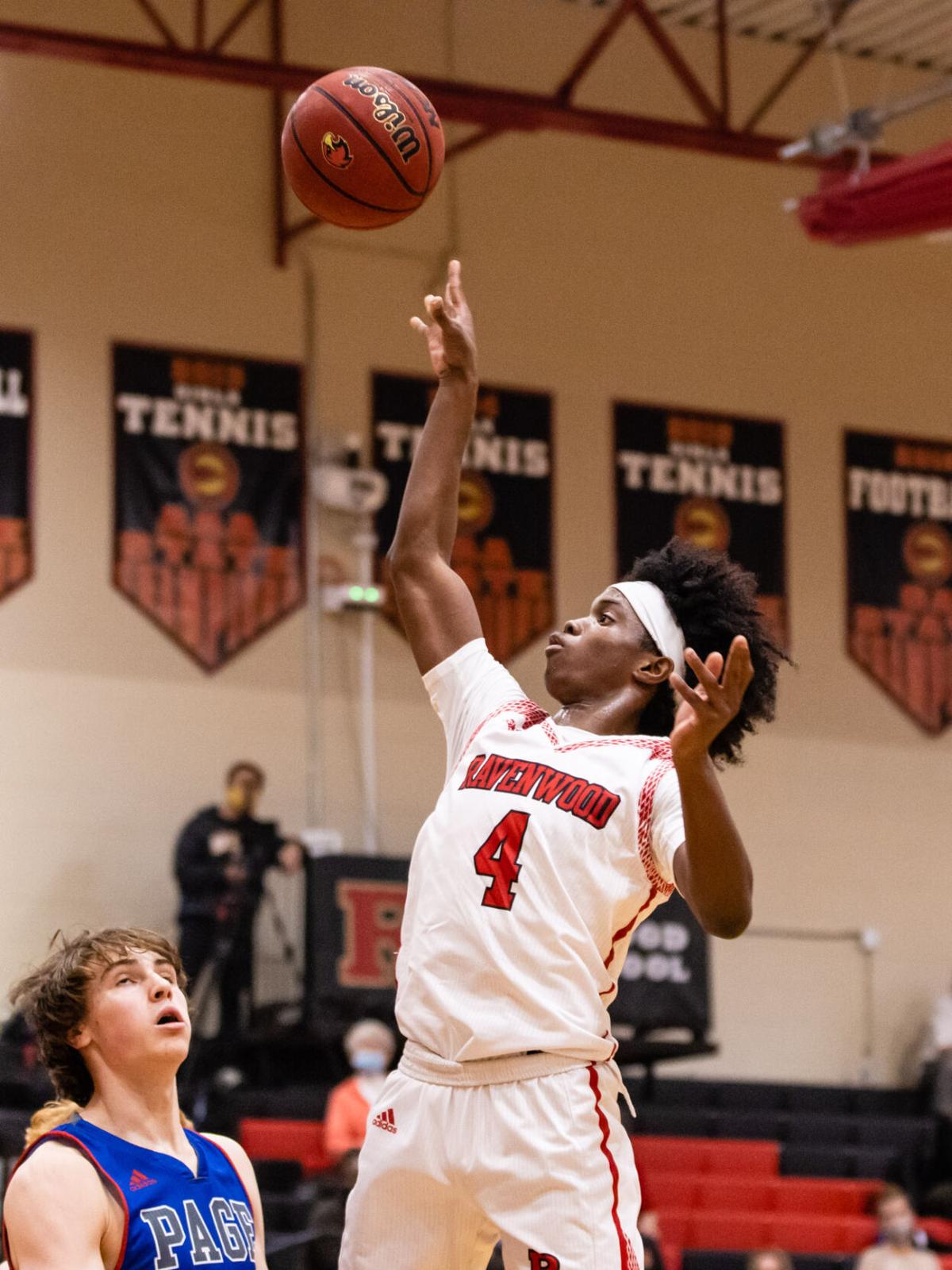 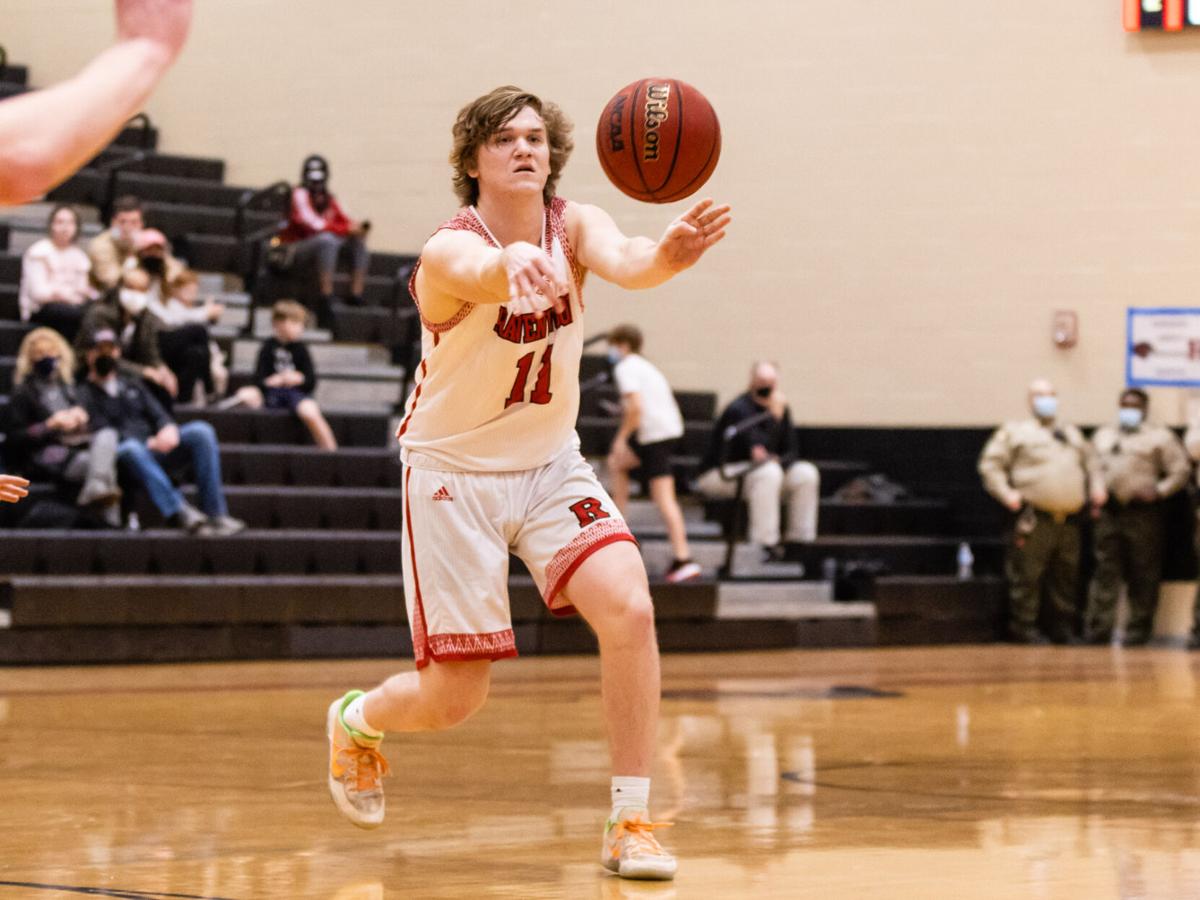 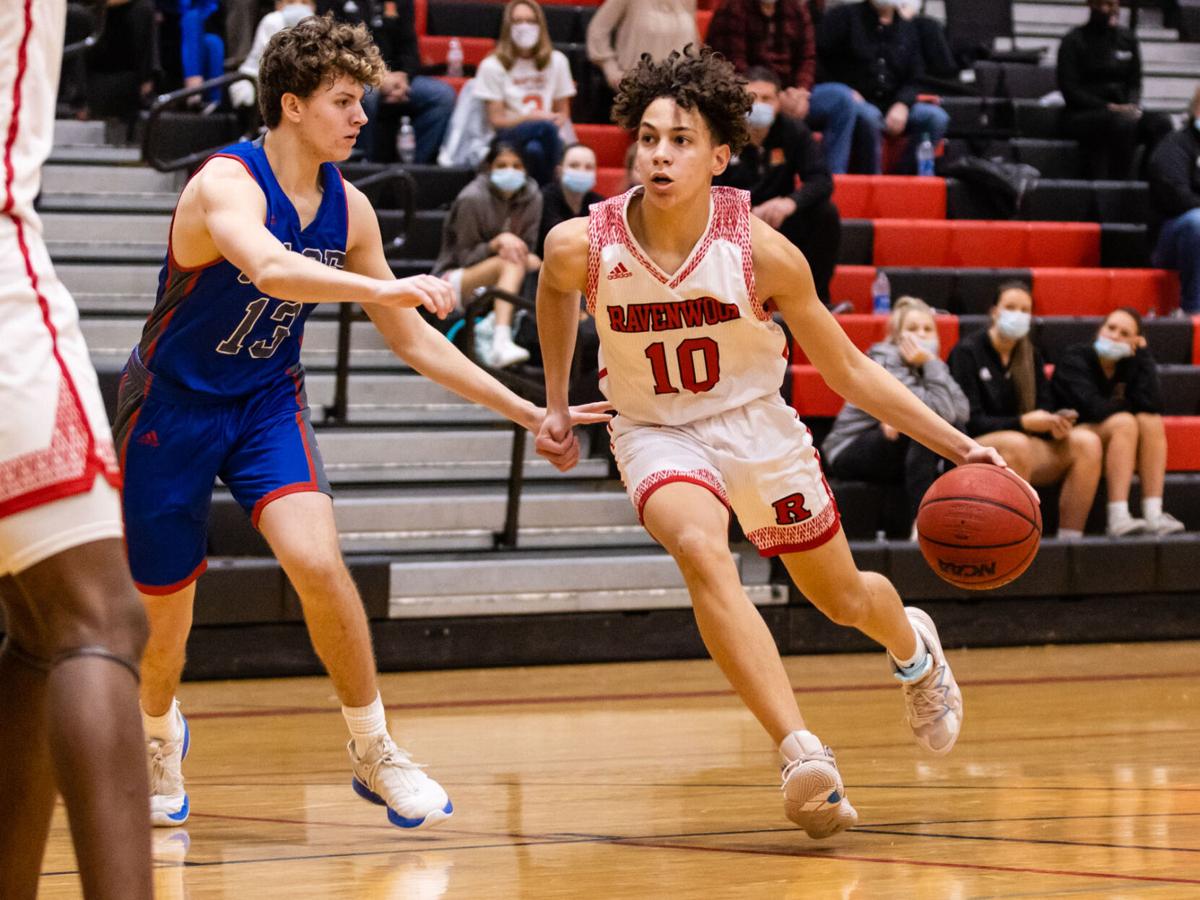 Raptors Andrew Lamuno (10) looking to dribble past the defender. 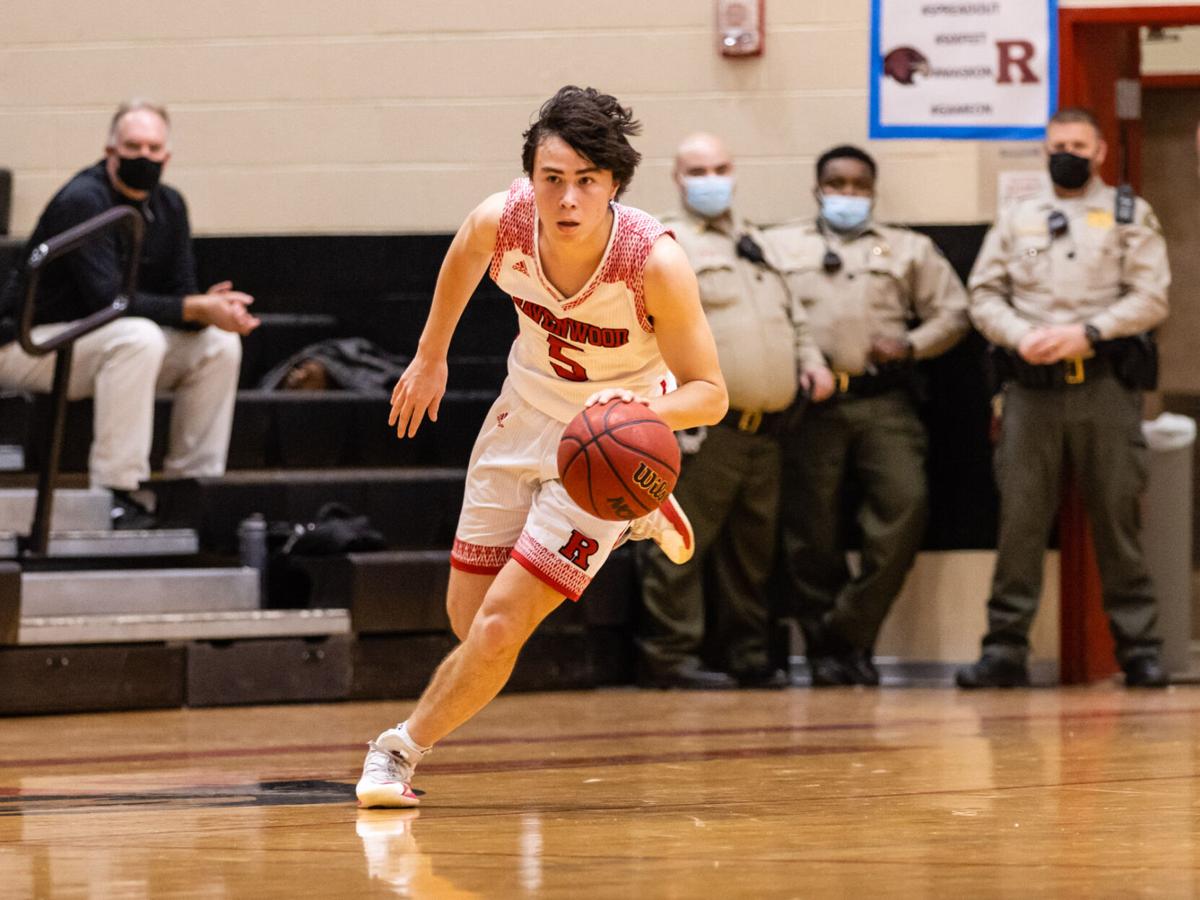 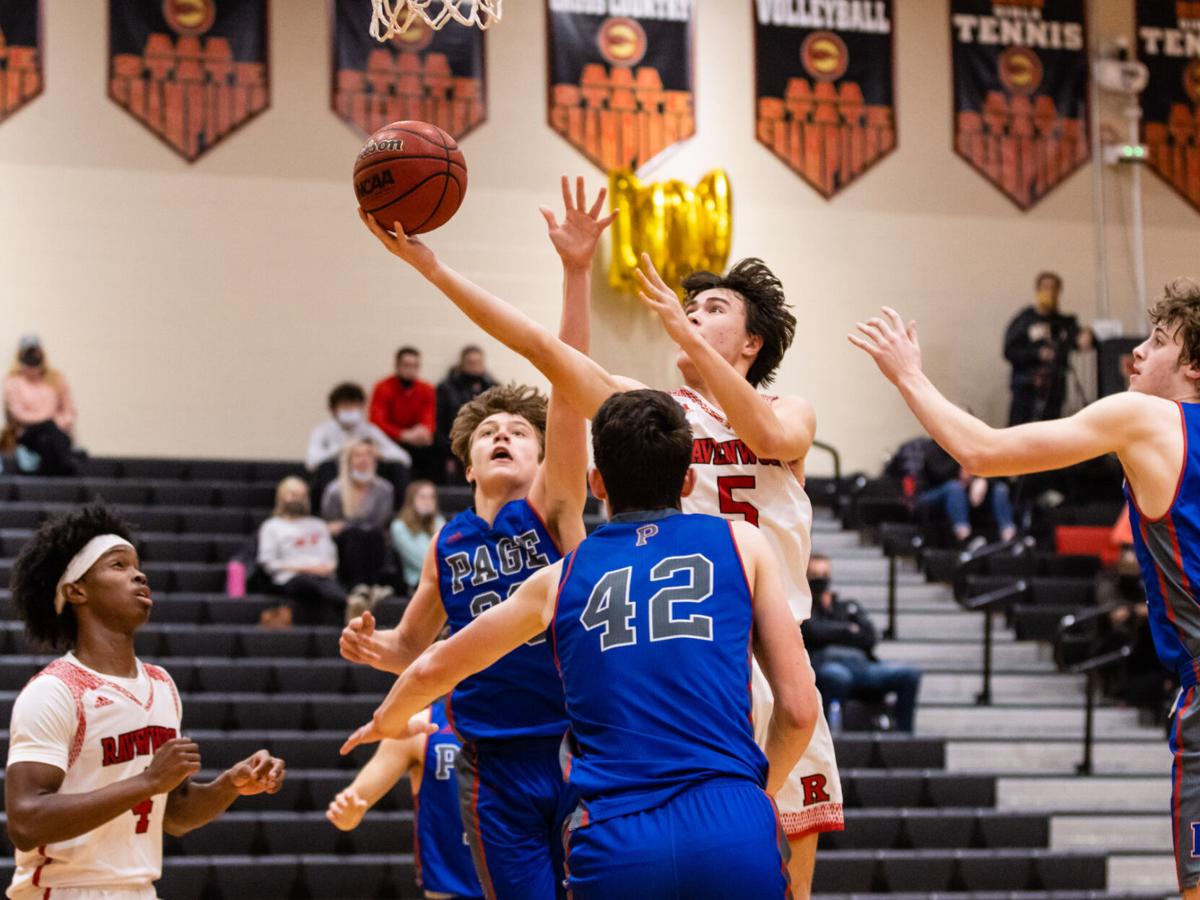 Ravenwood's Nick Dang (5) getting a shot late in the game.

Nick Dand (5) bringing the ball up the court.

Raptors Andrew Lamuno (10) looking to dribble past the defender.

Ravenwood's Nick Dang (5) getting a shot late in the game.

“We were able to get in the teeth of the defense,” said Ravenwood head coach Patrick Whitlock. “He (Mulder) got a nice pass and was able to go up and finish. This win gives us a little bit of breathing room and helped us secure no worse than third going into the district tournament.

"Regardless, we will play a tough team in the first round. We are going to play Centennial, Independence or Summit and all three of those teams are going to be difficult to beat.”

“We learned something from it,” said Page head coach Aaron Howard. “Our guys are battle tested. I was proud of the way they played.”

Page rallied in the second quarter thanks to midrange shots and 3-pointers from junior Pierce Bruehel, senior Thomas Seamon and senior Jaime Hernandez to go ahead at halftime 31-28.

In the third quarter, both sides matched each other basket for basket to stay deadlocked at 45.

The score remained tight in the fourth quarter, until Mulder hit what would be the game-winning jumper with 19 seconds remaining. Page had a chance to answer, but could not get a shot off before time expired. The Raptors had seized a close win at home, 62-61.

Ravenwood’s leading scorer and the only player in double figures was Clifford with 17 points.

“We were trying to feed him the ball,” said Coach Whitlock. “He was able to make some plays because they (Page) left him one on one in the post.”

Top scorers for Page were Bruehl with 14 points, Seaman with 12 and Hernandez with 10.

“They worked really hard,” said Coach Howard. “Pierce was sick for most of the week and had one practice. For him to come out and give the effort that he did was unbelievable. Thomas had been nursing an injury, and you could not even tell. It was a credit to those guys refusing to let any excuse happen. “

Page will take on Summit Friday.

“Our guys will take this loss a little personal,” said Coach Howard. “They will want to play better and get a win to finish out the regular season.”

Ravenwood will play Centennial next Tuesday.

“We want to improve the next few days of practice. We are fortunate that we have an open date,” said Coach Whitlock.

“We need to get better at guarding the dribble and execution. Centennial is very well coached, and they will take some stuff away from us. We are going to have to answer the bell in order to get another district win.”