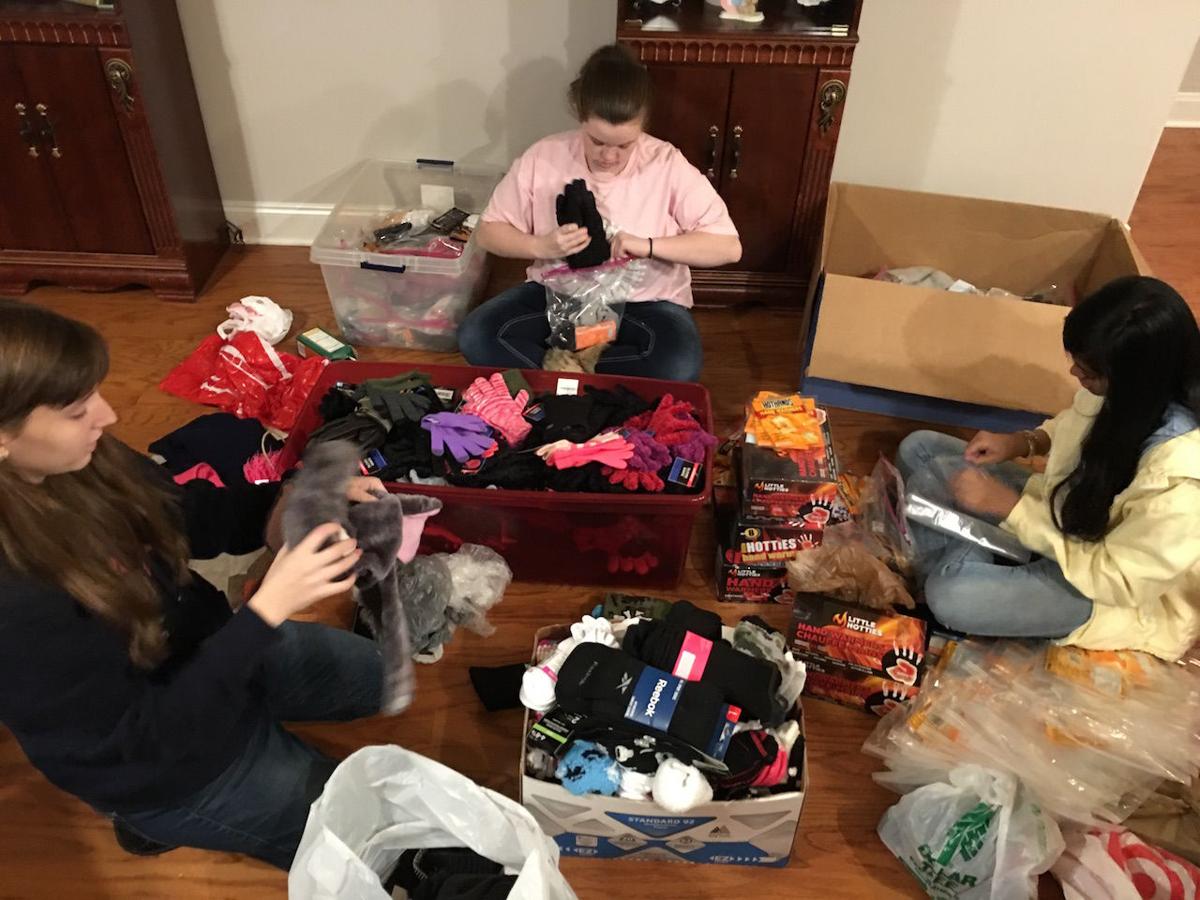 Sydnee Floyd (center) and a couple of friends sort through various donated items. 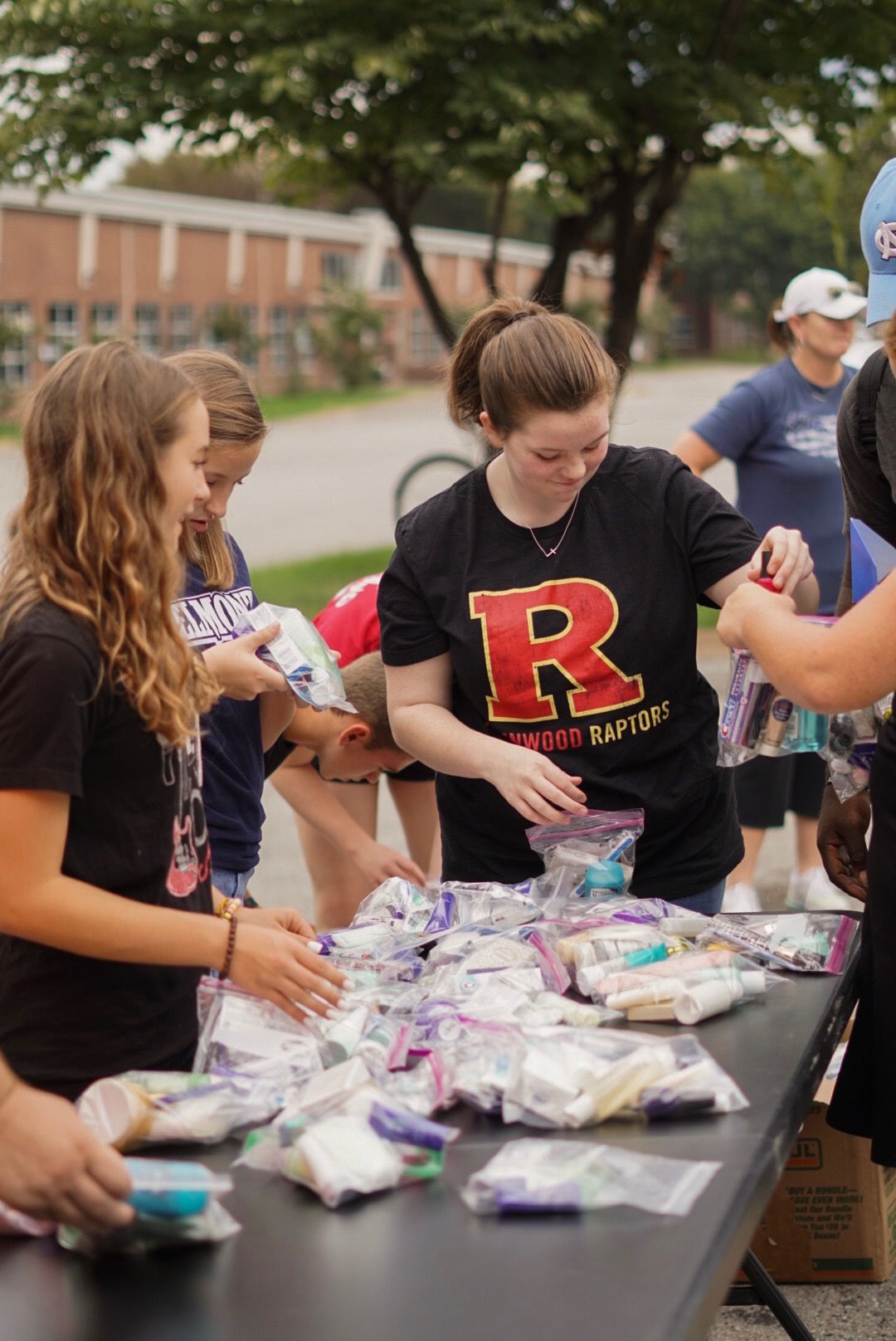 Sydnee Floyd (center) has found most of her volunteers at Ravenwood High, but she is getting word out to other schools as well. 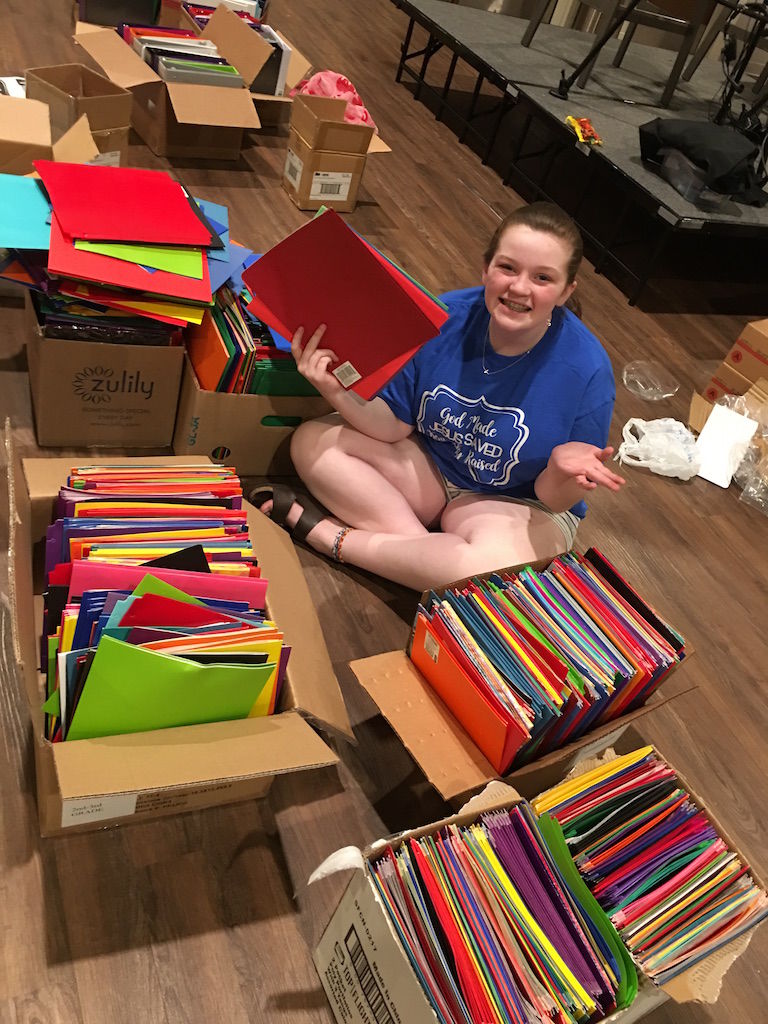 Sydnee Floyd, a rising junior at Ravenwood High School, knew from an early age that she wanted to help others.

Her passion to pay it forward, so to speak, is the driving force behind a nonprofit she founded in June 2018 called Jumbled Dreams — Changing Lives.

Floyd was only 13 when she launched the 501(c)3 with help from her grandmother and mother, and she has coordinated its growth while nourishing her own maturity through her teenage years.

“When we first started it, we didn’t know what to expect,” Floyd said. “There were so many unknowns. I just knew personally that I wanted to make a difference and that it was time for me to go further in my change-making ways.

“It has evolved in a way that I never thought it would, and we’ve helped so many more people because of it.”

The primary focus of Jumbled Dreams is helping homeless people and others living in poverty, including those in Williamson County where needs are plentiful despite the area’s wealth. With help from more than 100 student and parent volunteers, the nonprofit has donated over 10,000 articles of clothing, around 30,000 toiletries and over 90,000 pounds of food. Monetary donations have also helped to bolster the cause.

“All these numbers are not because of me,” Floyd insisted. “They’re because of people in our community rallying behind me and helping me.”

Therein lies the crux of Floyd’s passion: She not only strives to make a difference through her own actions, but she also helps others discover their individual skills or tools toward giving back to the community. That, in turn, brings both hands-on and monetary support to her organization.

“The needs of others are as jumbled as the dreams of the persons who have those dreams.  We inform, engage, and assist others on how to take actions and raise funds that support making their individual dreams of helping others come true.

“This can be accomplished through social media or by reaching out personally to educate the public.

“Everyone is broken at times and that’s okay because it’s through those cracks that we can see the goodness and through that goodness, we can make a dream come true and change a life.”

Floyd was quite young when she saw firsthand the toll of poverty on some of her neighbors as she was growing up in a coal-mining region of eastern Kentucky. She and her mother, Jennifer Floyd, lived in a county adjacent to the poorest county in the United States, and Sydnee had friends who had very little in the way of food, clothing and other necessities.

“I quickly realized they did not have what I had,” she explained. “They didn’t have a room full of clothes or much food. I was fortunate to have pretty much what I wanted. But I quickly saw a lot of my friends didn’t have that.

“Eventually I saw people were wearing the same clothes or they weren’t eating much food at lunch. I started sneaking clothes and packing lunches for them.”

Floyd learned more about organized food and clothing drives through her mom’s work at a small private college in Kentucky. Jennifer was in charge of community service for the school’s students and athletes, and Sydnee would go with her to sorting and distribution events.

“I would watch the college kids packing essential items and thought that was cool, that people who are older did that,” she explained. “That’s how I found my passion, watching older people who I looked up to doing it.”

Like it has done to many nonprofits, the coronavirus pandemic has altered the activities of Jumbled Dreams — Changing Lives over the past few months. The last time its volunteers responded to an incident was after the tornado hit Nashville in early March.

“Now we are focusing a lot on the behind-the-scenes of Jumbled Dreams, finding new places to partner with, finding new ways to tell others how to make a difference and how to collect clothes and toiletries in a safe way,” Floyd said. “We’ve also been working with an organization that sends mental health letters to mental health facilities. They’re positive letters that people can submit online.

“We’re still going completely, but we’ve had to change our direction a little bit.”

Visit Jumbled Dreams — Changing Lives to learn more about Floyd and the other initiatives of the nonprofit, and how to get involved.