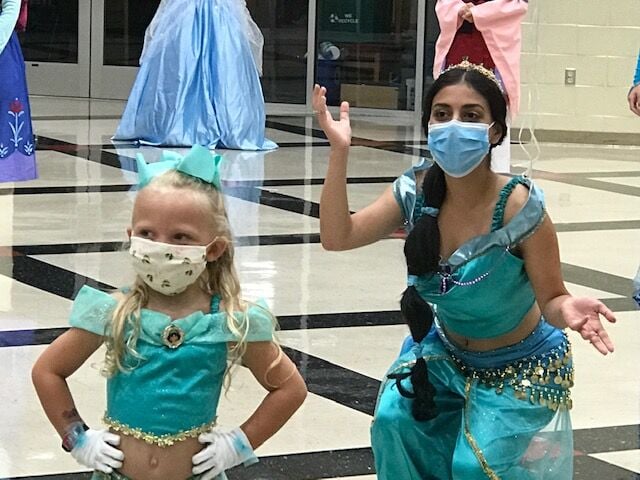 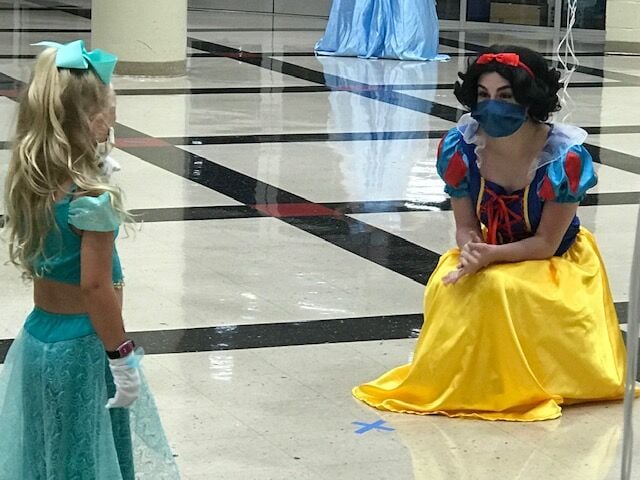 Callie has a chance to meet Snow White. 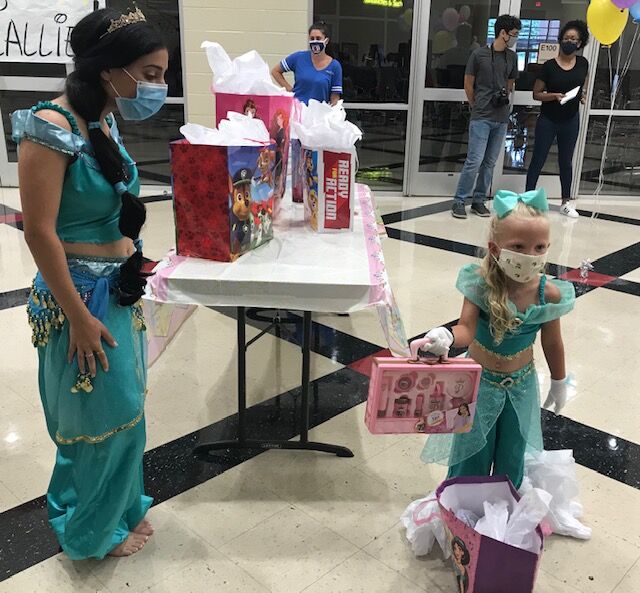 Callie has a chance to meet Snow White.

For more than a decade now, students at Ravenwood High School have raised money during a school year to grant a special wish to a child with a critical illness, a wish that typically involves a trip to Walt Disney World Resort.

And though the coronavirus outbreak caused a different way to celebrate this year, students were still able to come together Friday afternoon as they granted the wish for 3-year-old Callie through Make-A-Wish Middle Tennessee. The school raised more than $19,000 during the 2019-20 school year toward a trip to Orlando for Callie and her family.

“This is the finale of all our hard work, all of our fundraising that goes toward Callie,” said Sona Davis, a recent graduate of Ravenwood High who was student body president this past year. “It’s just so special that we could still have a celebration and be able to see her reaction.”

Callie, who turns 4 next week, had quite the reaction as 12 different Disney princesses paid a visit to her inside the school’s rotunda area. She also had the chance to open an abundance of gifts that were presented to her.

The Ravenwood students raised money all year through events such as their annual Dodge for a Cause dodgeball tournament and the male pageant Mr. RHS, as well as the JROTC No Shave November.

These fundraisers are part of the Kids For Wish Kids initiative. The program encourages a philanthropic spirit in students and engages them in fundraising efforts to help grant the wishes of local children.

Make-A-Wish Middle Tennessee also has a partnership with Summit High School as well as several other schools throughout the Midstate.