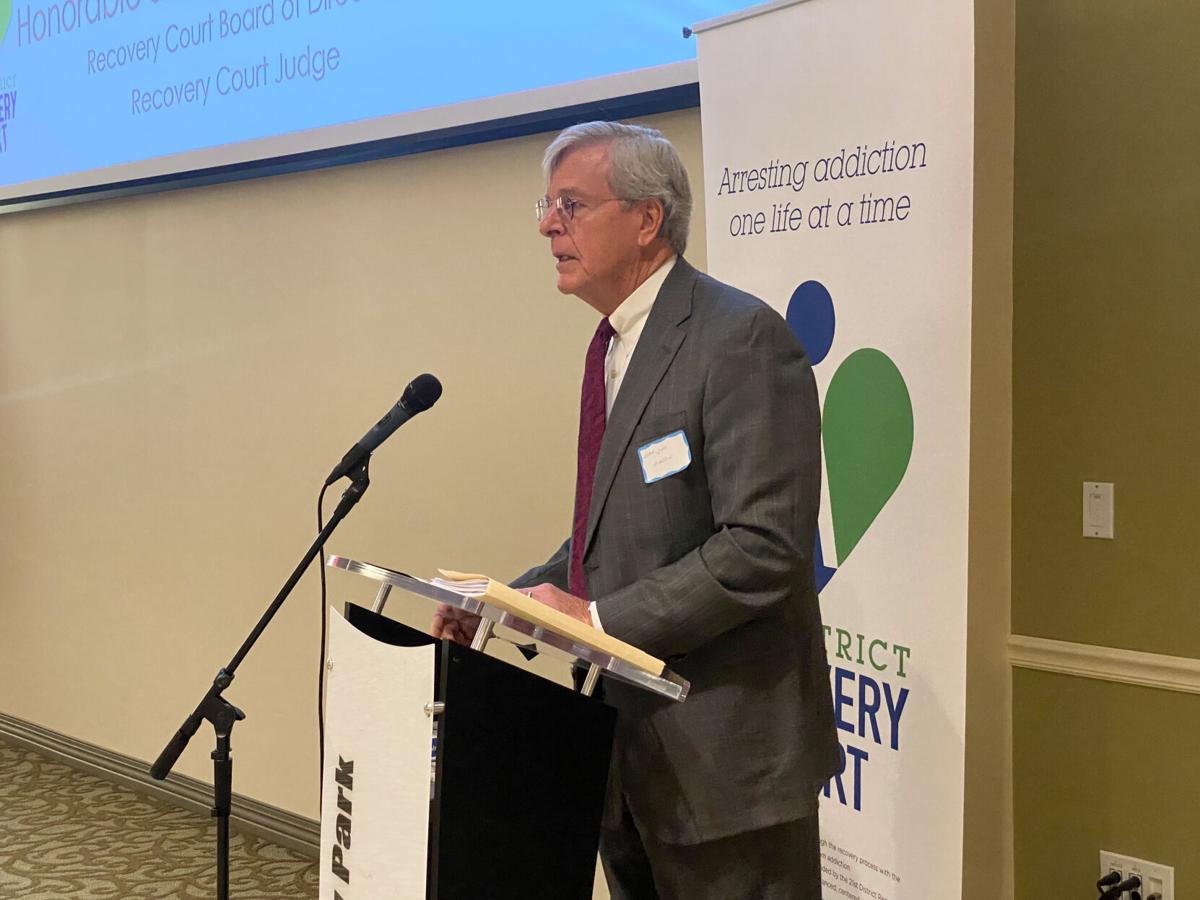 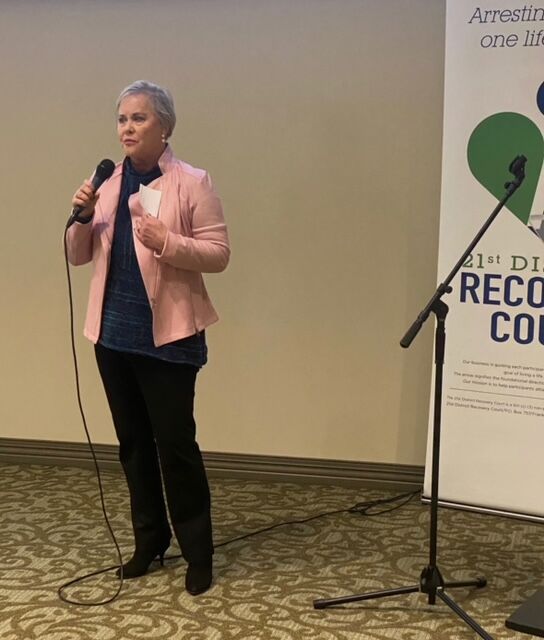 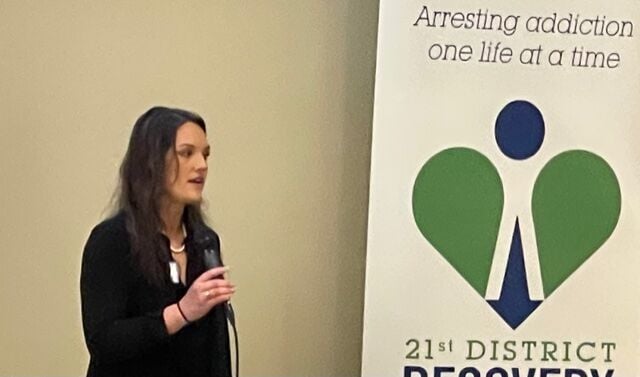 Jessica, a 2017 graduate of Recovery Court, tells about her experience with the program.

Attendees and prospective donors at the annual 21st District Recovery Court Community Breakfast are accustomed to hearing the success stories of participants who have graduated from the program that dates back 20 years.

And that was the case at Monday morning’s 11th annual Community Breakfast held at the Williamson County Enrichment Center. A couple of graduates — Jessica (2017) and Kyle (2013), both from Hickman County — spoke of how Recovery Court helped them turn their lives around from substance abuse and addiction, and how they are now living fully.

But as uplifting as the typical tales are at the fundraising breakfast, Recovery Court Judge Jim Martin thought it was important to tell of a program participant whose story wasn’t so successful. He relayed the experience of a young man who had entered Recovery Court and at first showed promise, but ultimately didn’t make it through.

“He relapsed and he fled,” Martin said during his remarks at the breakfast. “He absconded.

“At the Recovery Court breakfast, we hear the successes that we enjoy. But not all of our participants succeed. And it breaks our heart when they don’t. Our staff works extremely hard to help our participants succeed, and in this particular case, we worked and gave this young man every possible opportunity. But the road to recovery is very hard.”

Martin pointed out that over the last five years, the 21st District Recovery Court, which is comprised of Williamson, Hickman, Lewis and Perry counties, 67 participants have graduated while 68 have been terminated.

“We have a 50 percent success rate,” Martin added. “But even for the folks that don’t succeed, … they still have the tools that they need in order to succeed.”

Monday’s breakfast program also included the recognition of Franklin resident Marianne Schroer as the recipient of the “Gayle Moyer Harris” award, named after one of the Recovery Court’s founders. Schroer served as Recovery Court director from 2011-13 and played a profound role in the success of the program.

Her many contributions extend way beyond her years of service as she continued to support Recovery Court even as she transitioned into a new role with Williamson County CASA.

Under Schroer’s leadership, the two annual fundraisers, Eat the Street (Franklin’s first food truck festival) and the Community Breakfast, were created and provide much needed funds for the organization, which is primarily funded by grants and donations.