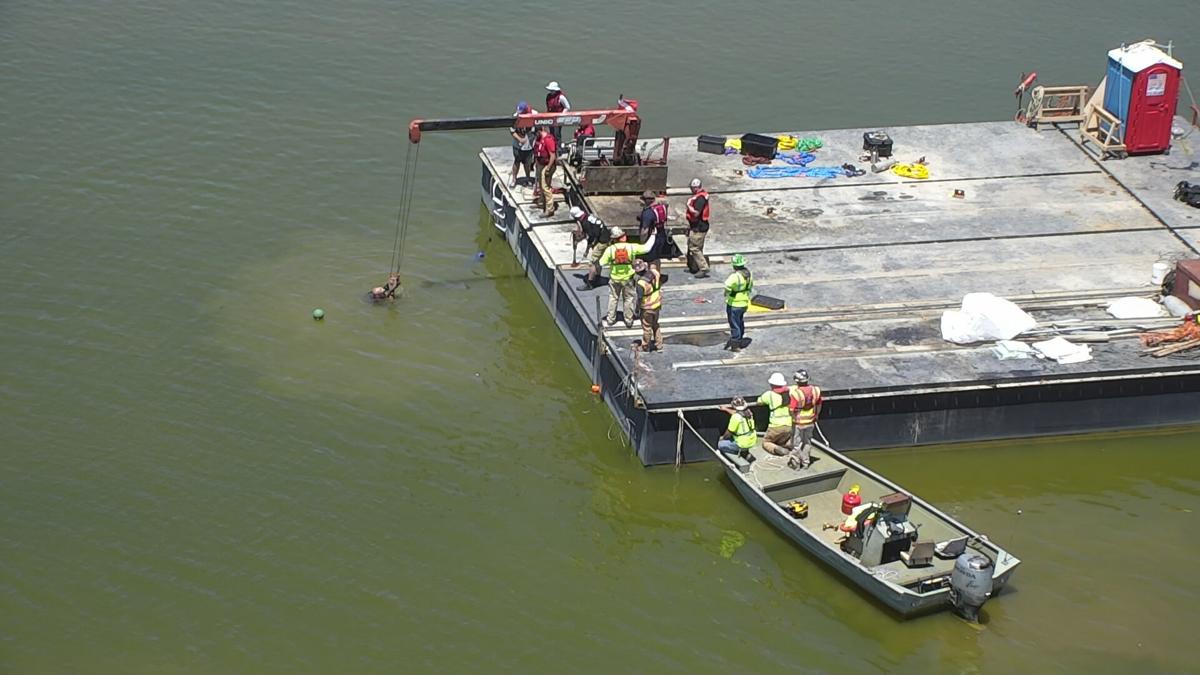 Aerial photos of the recovery boats and barge in the debris field of the small jet crash on Percy Priest Lake on Monday, May 31. 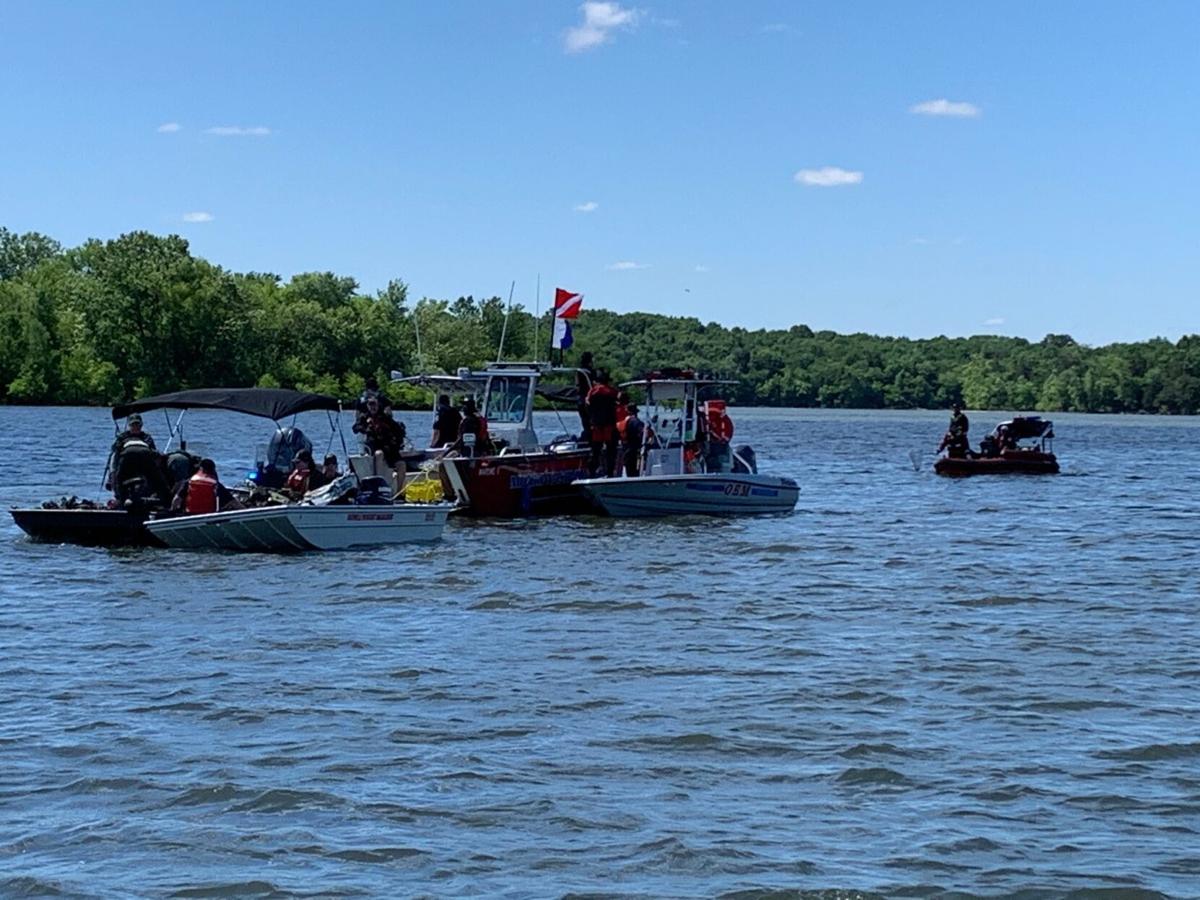 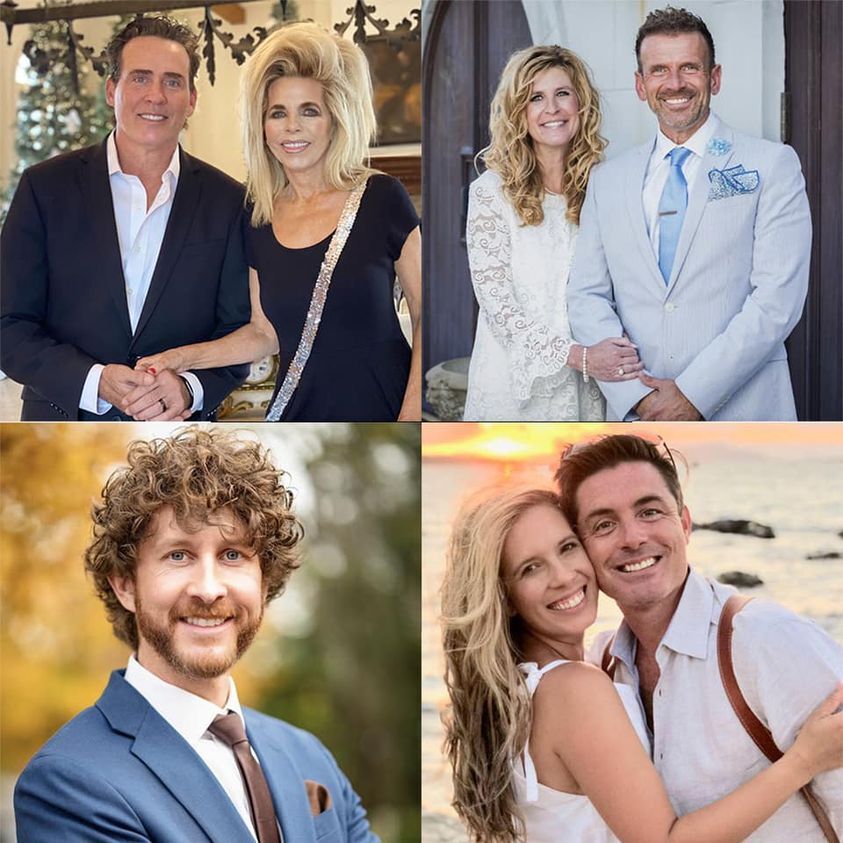 All seven victims were listed as members of the leadership team at Remnant Fellowship, a church in Brentwood. From Left to Right/Top to Bottom: Joe and Gwen Lara, Jennifer and David Martin, Brandon Hannah, Jessica and Jonathan Walters 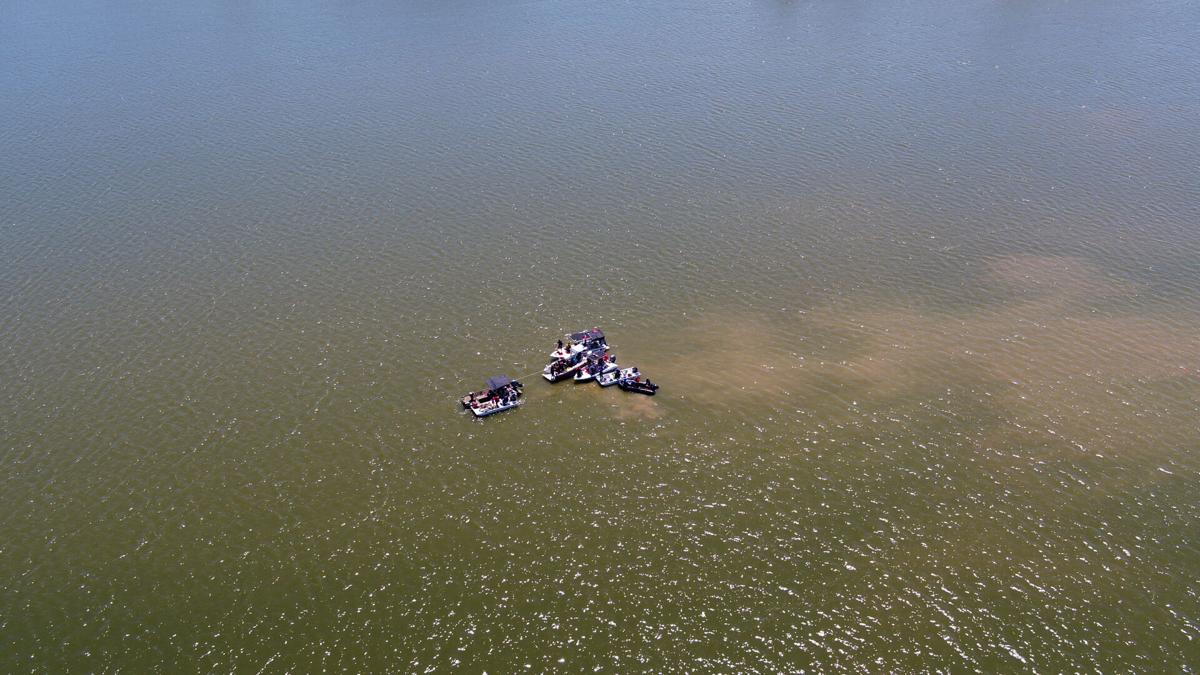 Aerial shot of the search and recovery area. 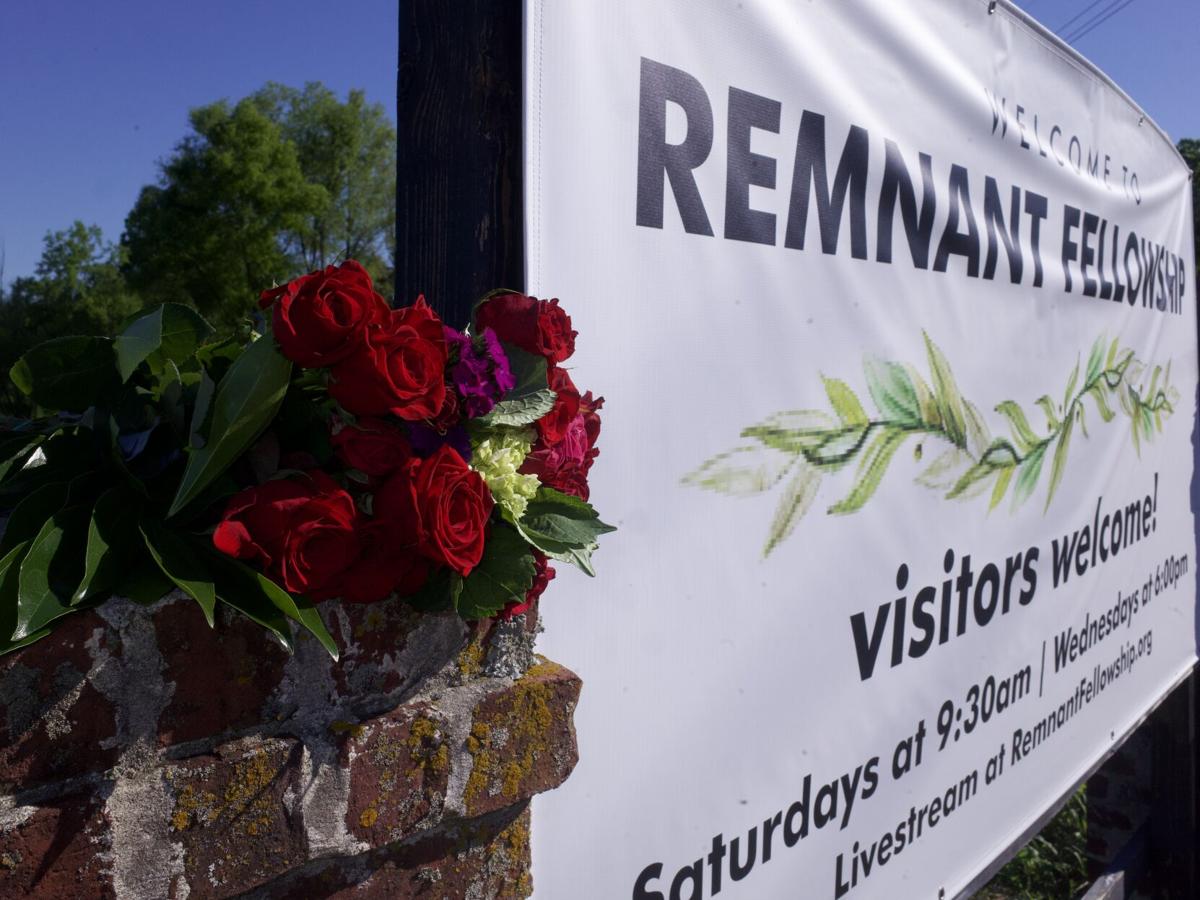 Flowers were placed outside of the Remnant Fellowship Church in memory of those killed in Saturday's jet crash.

This story has been updated with additional information that was released on Monday, May 31.

Multiple local, state and federal agencies are continuing to work to recover the crashed jet that killed seven Brentwood residents on Saturday after the aircraft plunged into J. Percy Priest Lake.

On Sunday morning crews resumed the recovery operation in the now half mile wide debris field near the Fate Sanders Recreation Area in Rutherford County.

According to Rutherford County Government Public Information Officer Ashely McDonald, among the debris that has was recovered as of midday Sunday were several unspecified aircraft components as well as human remains.

That information further corroborates what was previously announced, that seven people were on board at the time of takeoff, all of whom were leadership members of Brentwood's Remnant Fellowship Church.

On Monday evening, the Rutherford County Government announced that both of the jet's engines as well as a "significant portion" of the fuselage were located and lifted from the waters by use of a crane and a barge.

On scene operations are expected to continue through Tuesday, and the Lamar Boat ramp and waterway will reopen Tuesday, but the Fate Sanders Recreation Area will remain closed until further notice.

“On behalf of all agencies that have responded or contributed to this incident in any way, we extend our sincere condolences to the families and friends affected by this tragedy,” Rutherford County Fire Rescue Captain Joshua Sanders said in a Sunday evening news release. “We are committed to working with our federal partners to do everything we can to bring closure to those impacted by this incident.”

The National Transportation Safety Board is the lead agency in the investigation and said in an email to the Home Page that a preliminary crash report will not be released for at least two weeks.

“We release information in a very specific format at specific times,” NTSB media relations representative Eric Weiss said in the Monday news release. “Water recoveries are more difficult, so patience is appreciated as it may take some time to release updates.”

The full investigation could take between 18-24 months to complete.

Remnant Fellowship issued a public statement on Sunday that acknowledged the loss of seven of their congregation's leadership calling the incident a "horrible tragedy" and asking the public for prayers.

"We want everyone who was affected, especially the children of the passengers, to know that they are very loved and our church will be taking special care of the children’s needs in these coming years," the statement reads in part.

"On behalf of Remnant Fellowship Church, we would like to thank the First Responders and all who have helped our church and these families during this difficult time," the release continues.

"Finally, as far as Remnant Fellowship Church and Weigh Down Ministries are concerned, Michael Shamblin and Elizabeth Shamblin Hannah, Gwen’s two children, and the church leadership intend to continue the dream that Gwen Shamblin Lara had of helping people find a relationship with God"