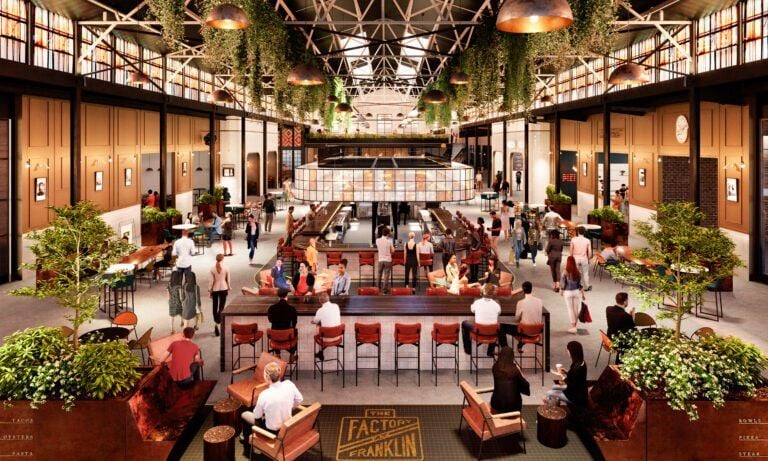 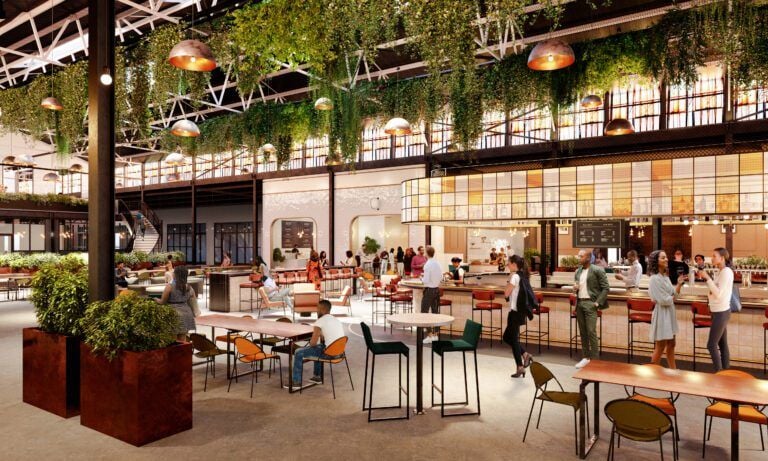 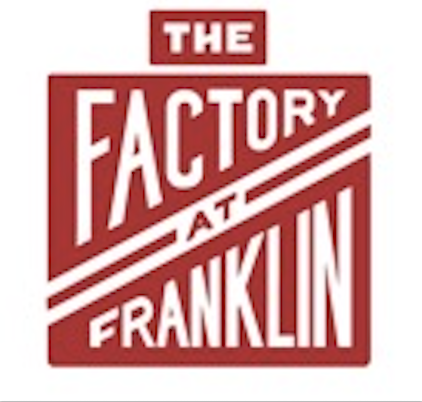 The new logo for The Factory at Franklin

The new logo for The Factory at Franklin

The Factory at Franklin has released two renderings of the imminent Grand Hall renovation, which marks the start of overhauling the grounds and its 10 buildings.

Holladay Properties purchased The Factory at Franklin last fall and announced plans to completely overhaul the property. The new renderings come from Centric Architecture, a Nashville-based architecture firm currently involved in the development of a four-story boutique hotel with interior design inspired by The Matrix film franchise on Hermitage Avenue.

The Grand Hall renovation aims to tie together all the preservation efforts while providing a community gathering space something for everyone, including food, beverage and retail offerings. Renovation efforts will begin on the Grand Hall segment of The Factory in June with a projected completion in early 2023.

Allen Arender, partner and senior vice president at Holladay Properties, said that considerable focus has been placed on listening to the community for what they want to see in the renovation.

“Central to all our efforts is making the most of what the community tells us has made The Factory successful," Arender said. "

\We intend to build on the wonder that already exists and also transform areas that hold greater potential to delight our visitors. To that end, we have signed several of the long-time, much-beloved shops and restaurants at The Factory to new long-term leases.

“We are also working on a new farmers market layout that will improve the guest experience and improve visibility for all merchants. This new layout will also capitalize on a new park area under the water tower that the entire community will be able to enjoy. We’ll be announcing the details of these enhancements, and new tenants, in the coming weeks and months. The promise of this amazing facility is enormous, and we are excited about seeing it unfold.”

Centric’s designs show how the campus will be re-envisioned with a new Factory pub as its core structure. The bar’s design incorporates glass in a way that echoes The Factory’s original clerestory windows and is floored with penny tile branded with the new logo. The renderings juxtapose the campus’s historicity with the bar’s modern furnishings.

“From major employer to shopping destination and busy event space, The Factory has been a fixture of Franklin for more than 90 years, and we are honored to shepherd the next era of this magnificent and rare place,” said Allen Arender, Holladay Properties partner and senior vice president. “This Grand Hall renovation — on which construction will begin in the coming weeks — is the kick-off of a transformation of The Factory to a new level of creativity, community and fun.”

The future Grand Hall will be a significant milestone for The Factory as one of the most memorable venues in the city according to Ronnie Wenzler, executive director at Cushman & Wakefield and a development partner on the project.

“We imagine the Grand Hall as a place of welcome and wonder,” Wenzler said. “By opening up this truly reimagined grand space, making it easy to move and meet, linger or focus, we’ll be test-driving our vision for the new Factory as an immersive and exciting, yet also comfortable experience. We believe we are offering a vision with responsibility to The Factory’s past with a curated, creative response that captures the currency of now. I look forward to seeing this vision unfold soon.”

Holladay Properties is a full-service developer, designer, builder and real estate company. It is also one of the biggest medical office management firms in the U.S. with over 30 offices across the eastern half of the country.