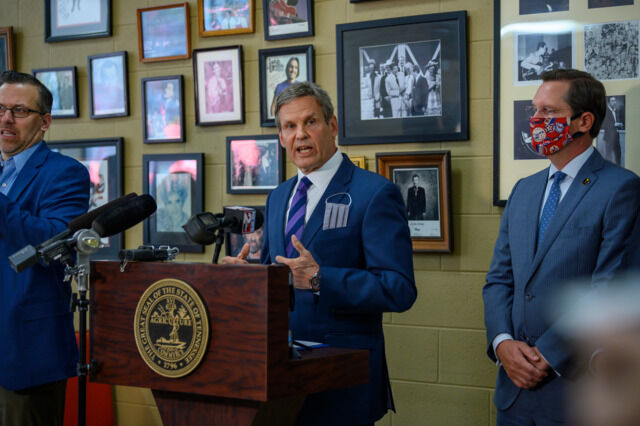 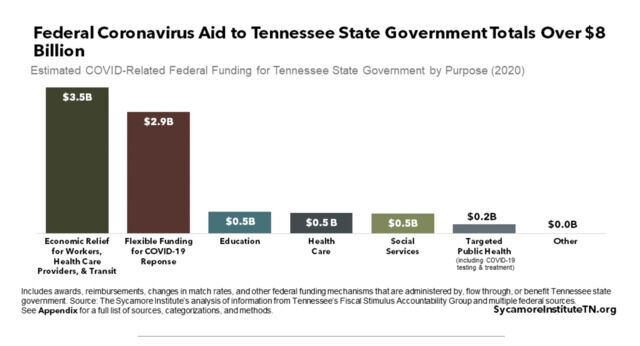 The economic woes of the COVID-19 pandemic will persist along with the virus in Tennessee despite billions of dollars in federal aid, according to a new report by the Sycamore Institute analyzing the distribution of relief funds in the Volunteer State.

As those financial lifelines run dry while the virus remains active, the report says the state will need more relief to extend existing economic safety-net programs and enhance — yet again — the public health infrastructure needed to track and contain the virus.

“The federal government ultimately spent $2.4 trillion to buy time, and much of that time has already passed,” researchers at the nonpartisan think tank wrote in their report. “The temporary aid described here was meant to stabilize the economy while social distancing measures helped quickly contain the virus. Most of the money has already been expended, yet many key pandemic metrics are moving in the wrong direction. The longer that continues, the more short- and long-term disruption our economy and state budget are likely to see.”

The state government has managed nearly one-third of those funds, according to the report, between $3.2 billion granted to enhance the state’s unemployment program, $2.4 billion in flexible relief funding, an estimated $474 million in disaster response refunds, $323 million for elementary and secondary schools, among other line items.

So far, only $200 million has been used for COVID-19 public health programs such as testing and contact tracing.

Of the overall $25 billion, 71 percent was used as economic relief for workers and businesses through unemployment insurance (13 percent), the Paycheck Protection Program (35 percent) and stimulus checks sent directly to individuals (23 percent).

Much of that relief has already been spent, and prospects for a second round of similar relief are up in the air as Congress negotiates a fifth pandemic relief package.

Even if another round of funding is passed, the Sycamore Institute have concluded that what is most needed to reboot the economy is getting control of the pandemic.

“The relief we need most is a large and sustained decline in the spread of COVID-19. More federal assistance is likely necessary in light of the current situation, but sooner or later, that flow of money will stop," the report concluded. "Policymakers at all levels of government should consider how to best use any additional time bought by Congress to gain control of this pandemic.”

State and local governments have received $2.6 billion of the share to fund ongoing pandemic responses with the stipulation that only 9 percent may be used to balance state revenue losses, according to the report, which notes the latitude granted to Gov. Bill Lee to spend these funds without legislative approval is “unusual in Tennessee budget-making.”

Health care providers, including hospitals, skilled nursing facilities, safety-net hospitals and more, were given their own lump of $1.7 billion to offset losses caused by elective surgery bans. The funds came through the Health Care Provider Relief Fund, which included $175 billion in federal funding distributed by need.