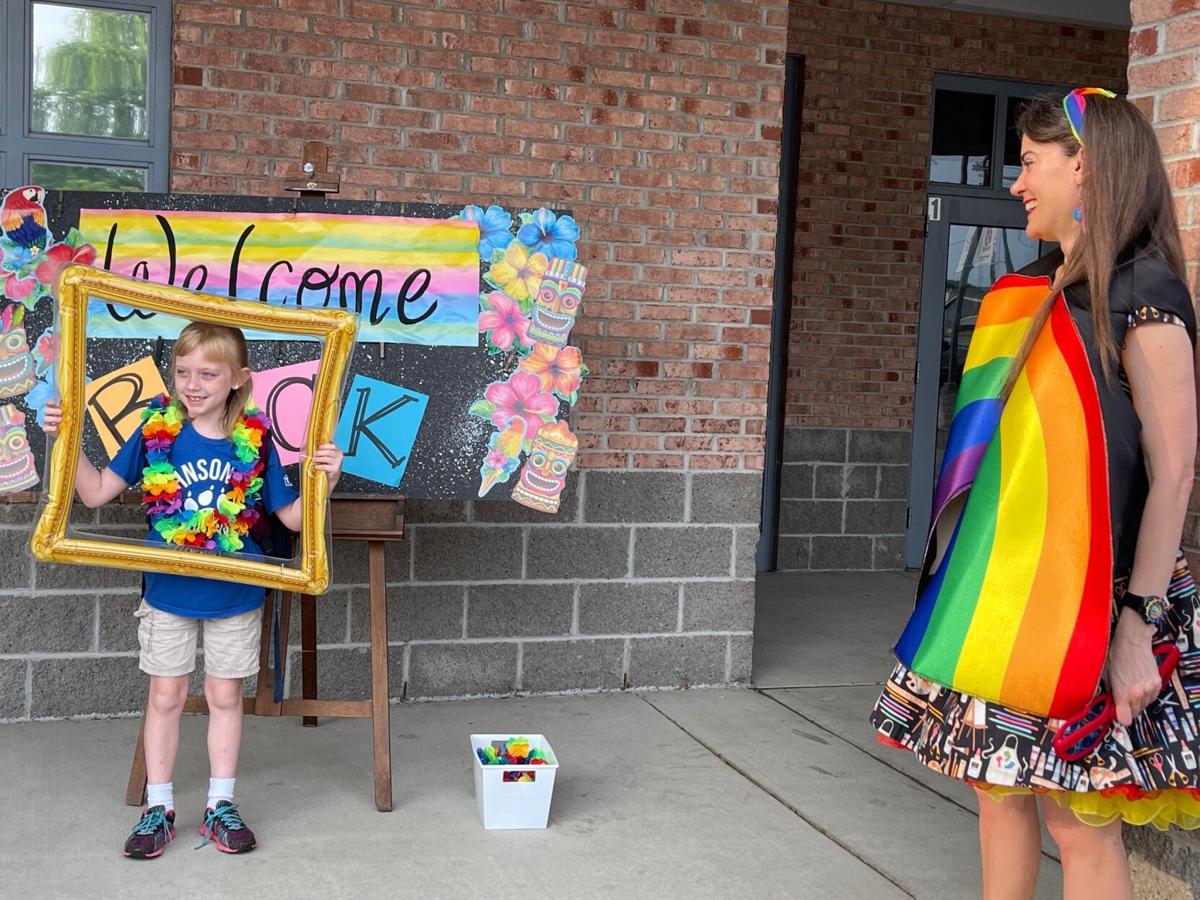 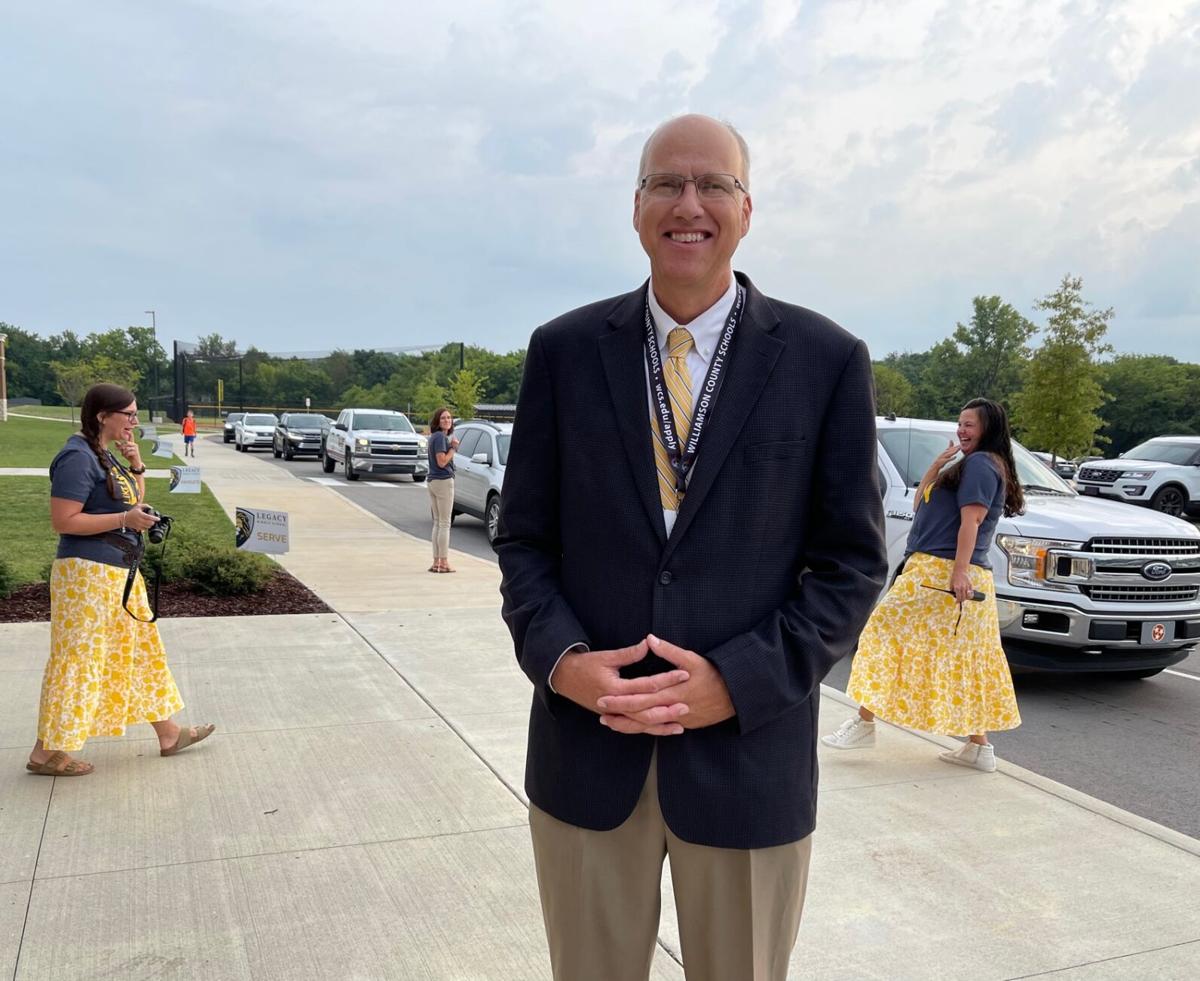 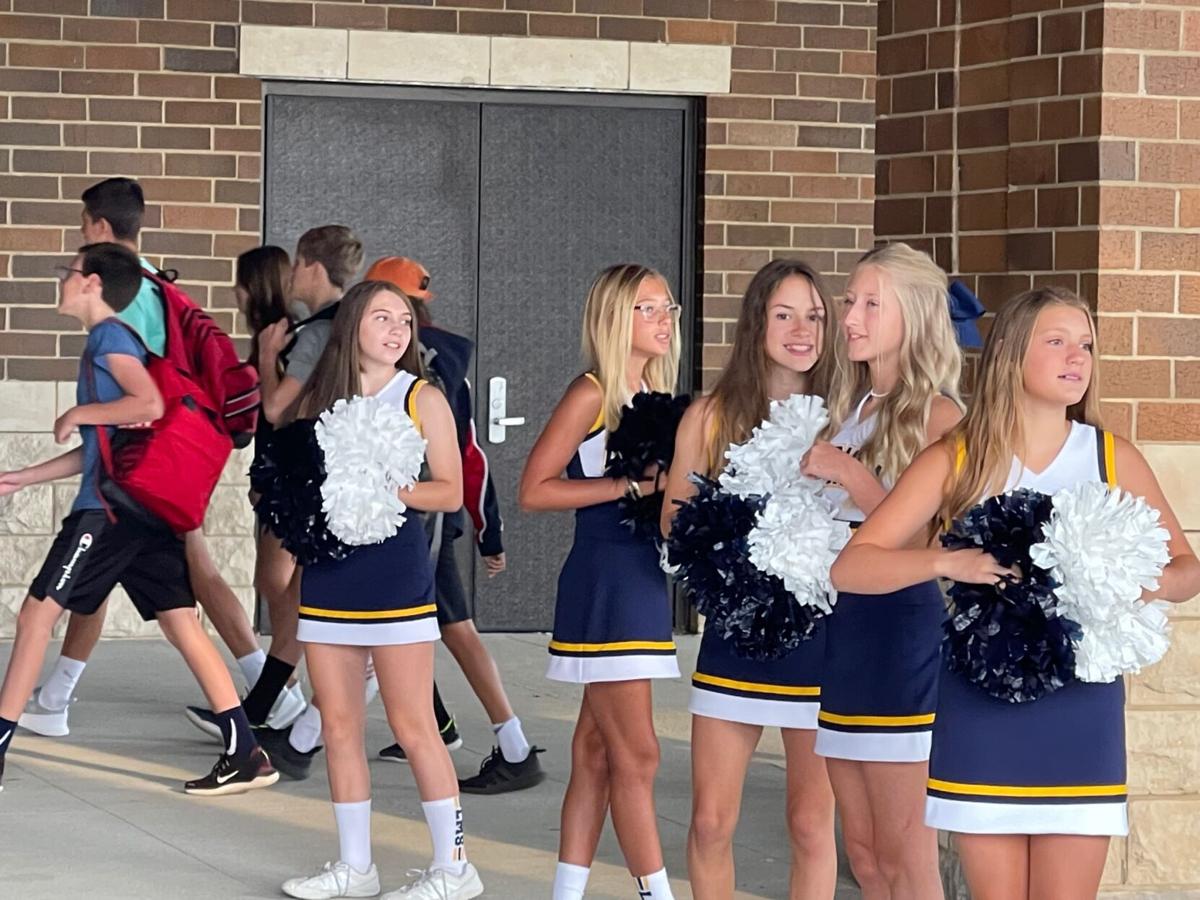 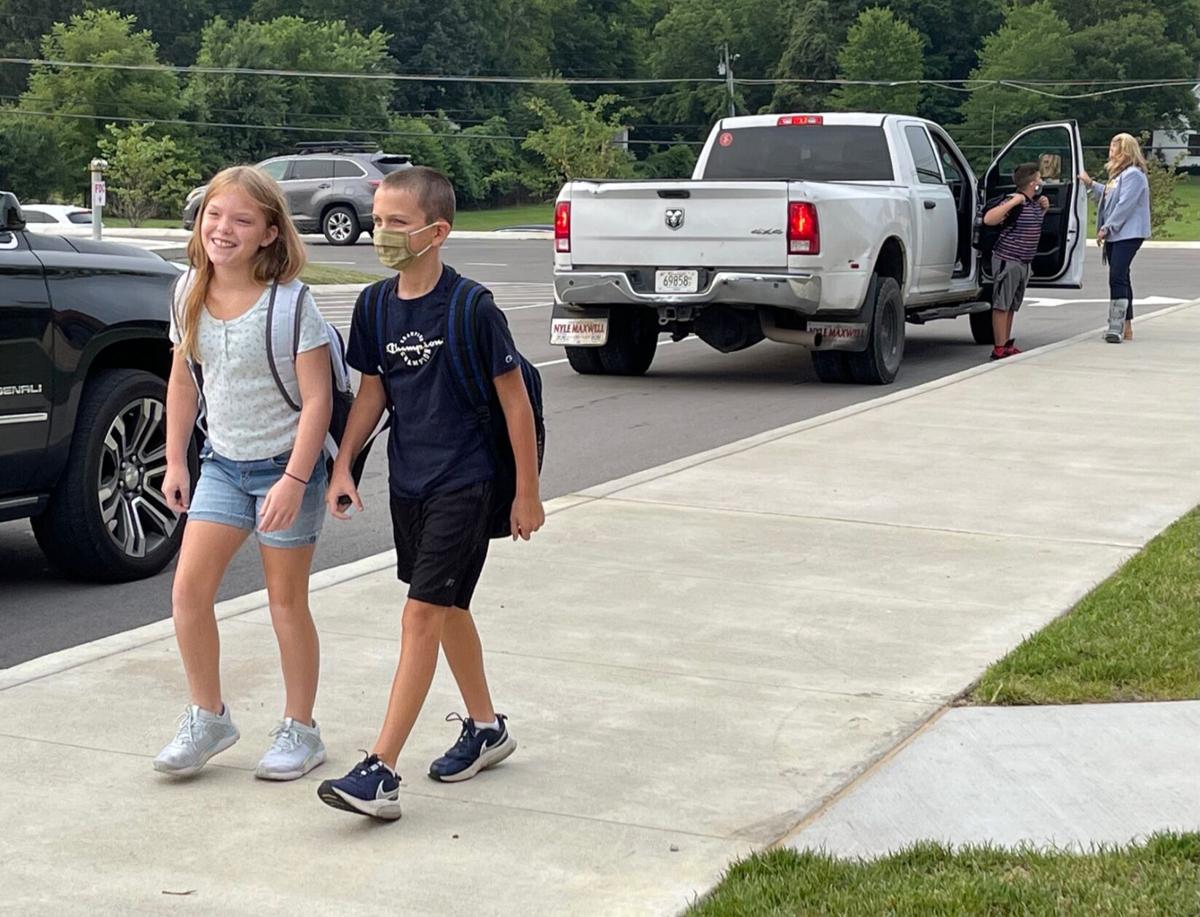 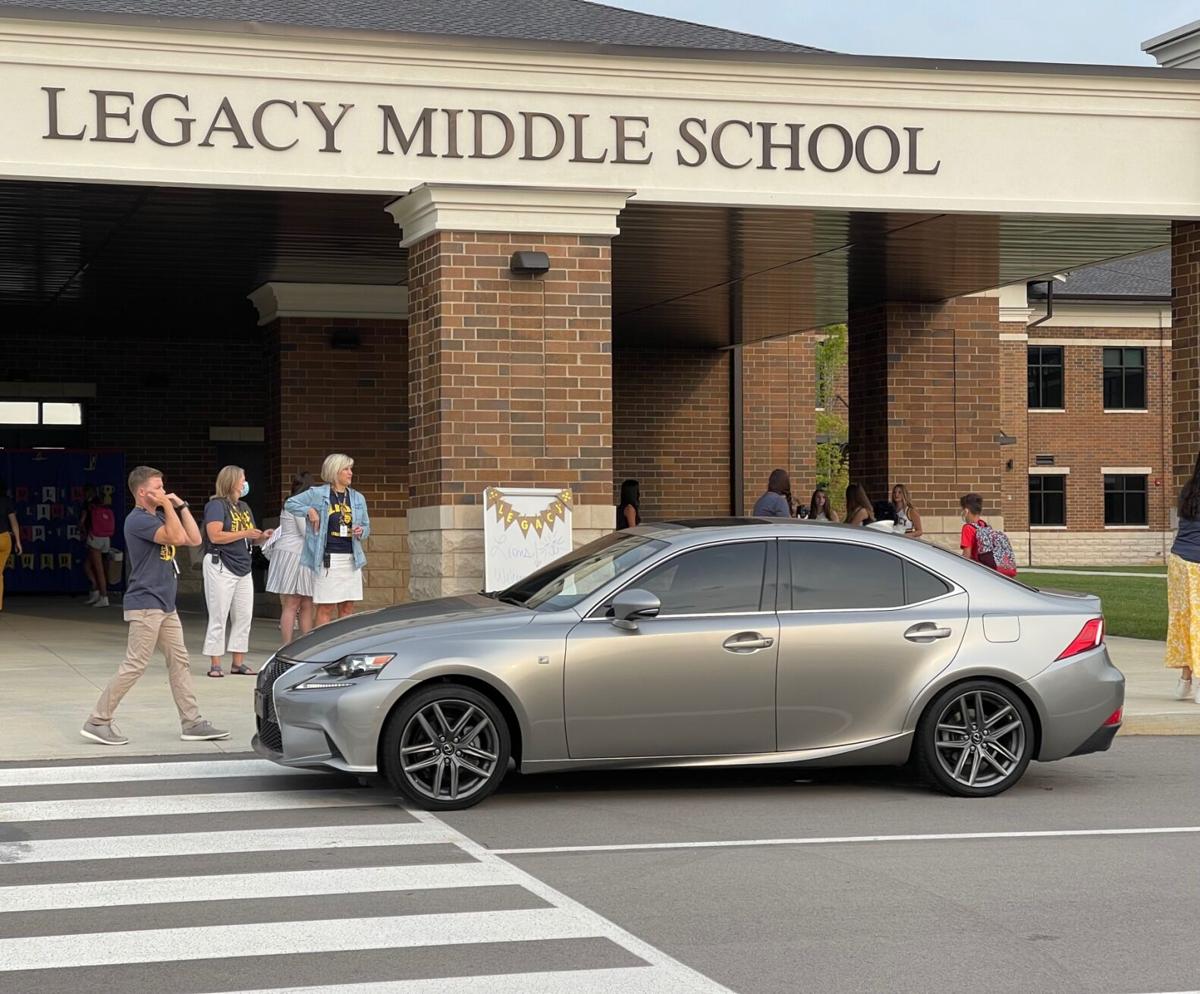 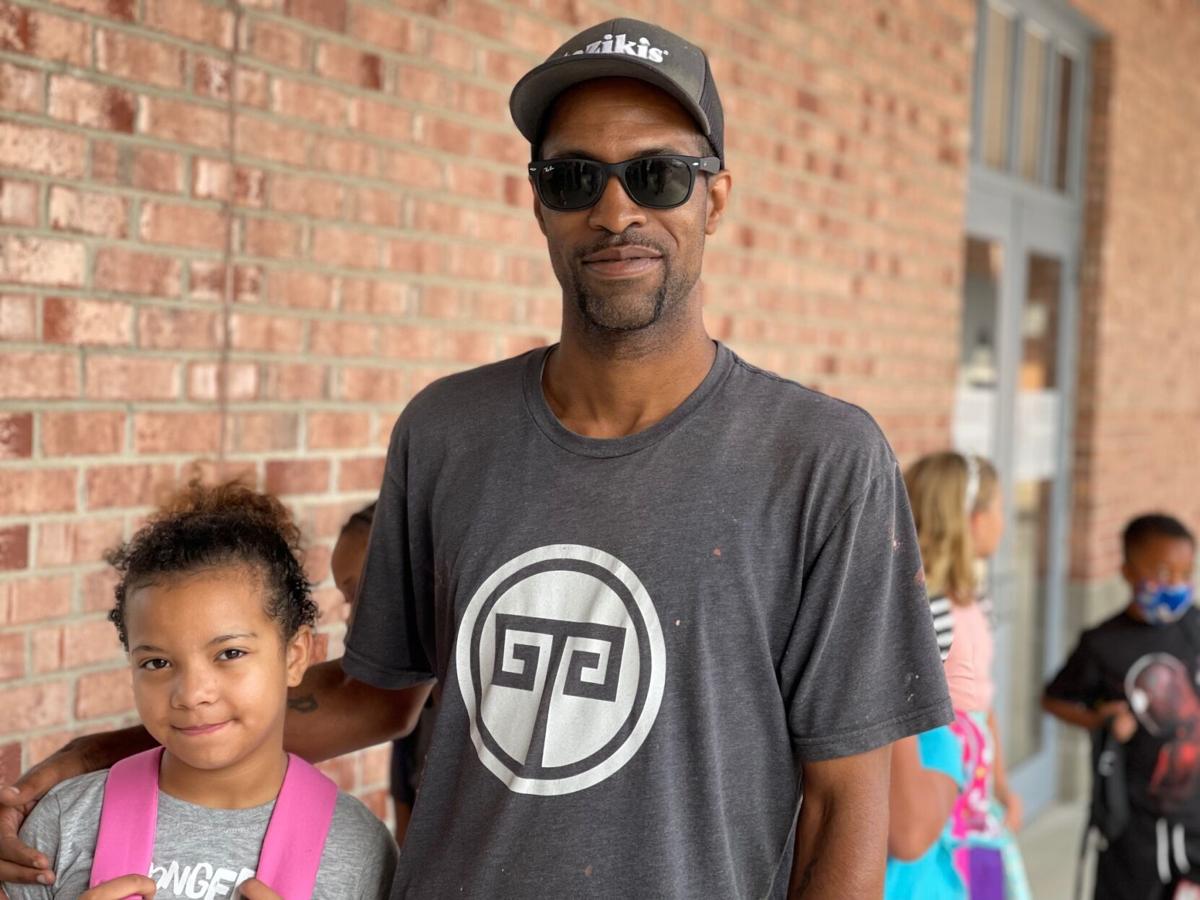 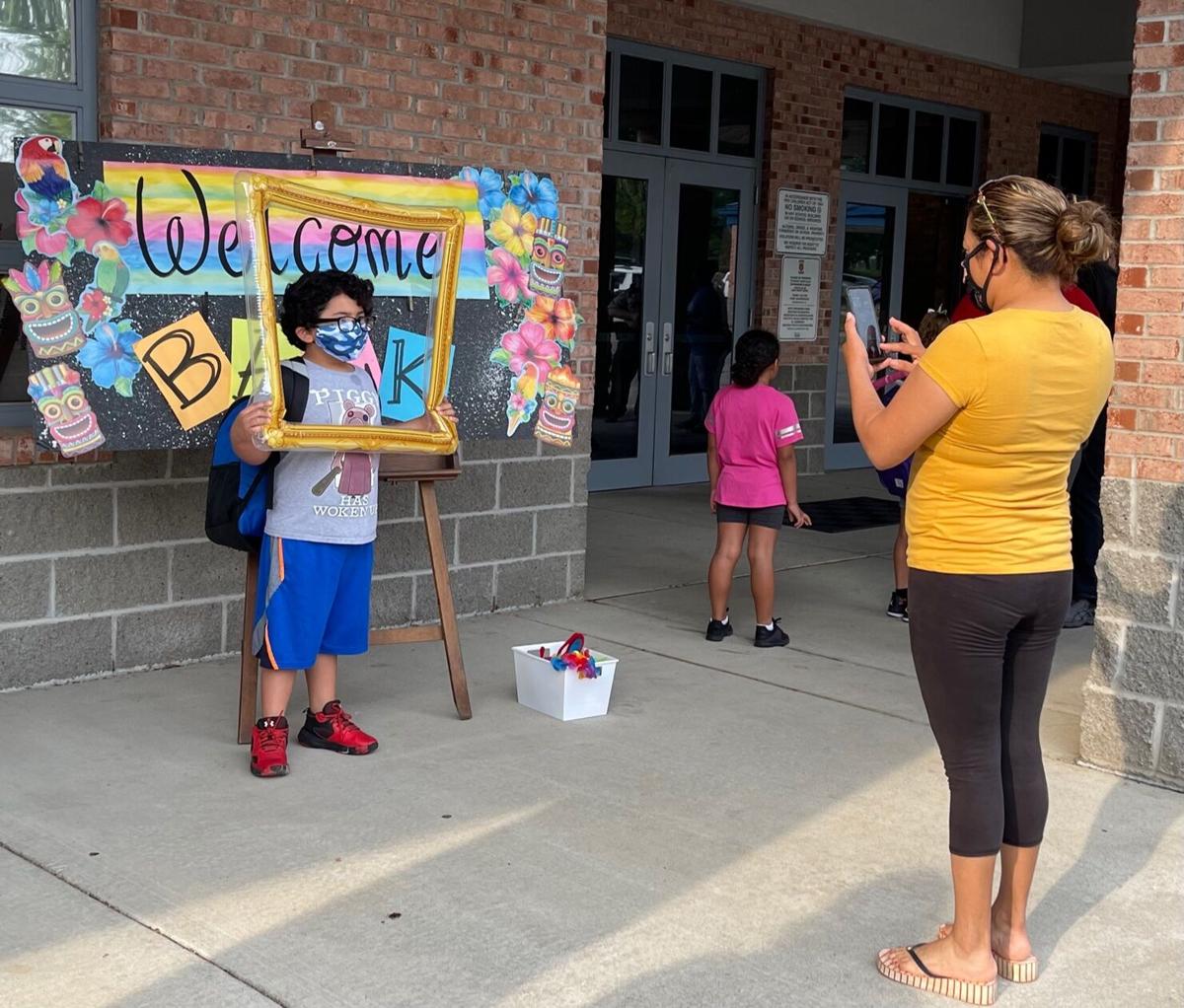 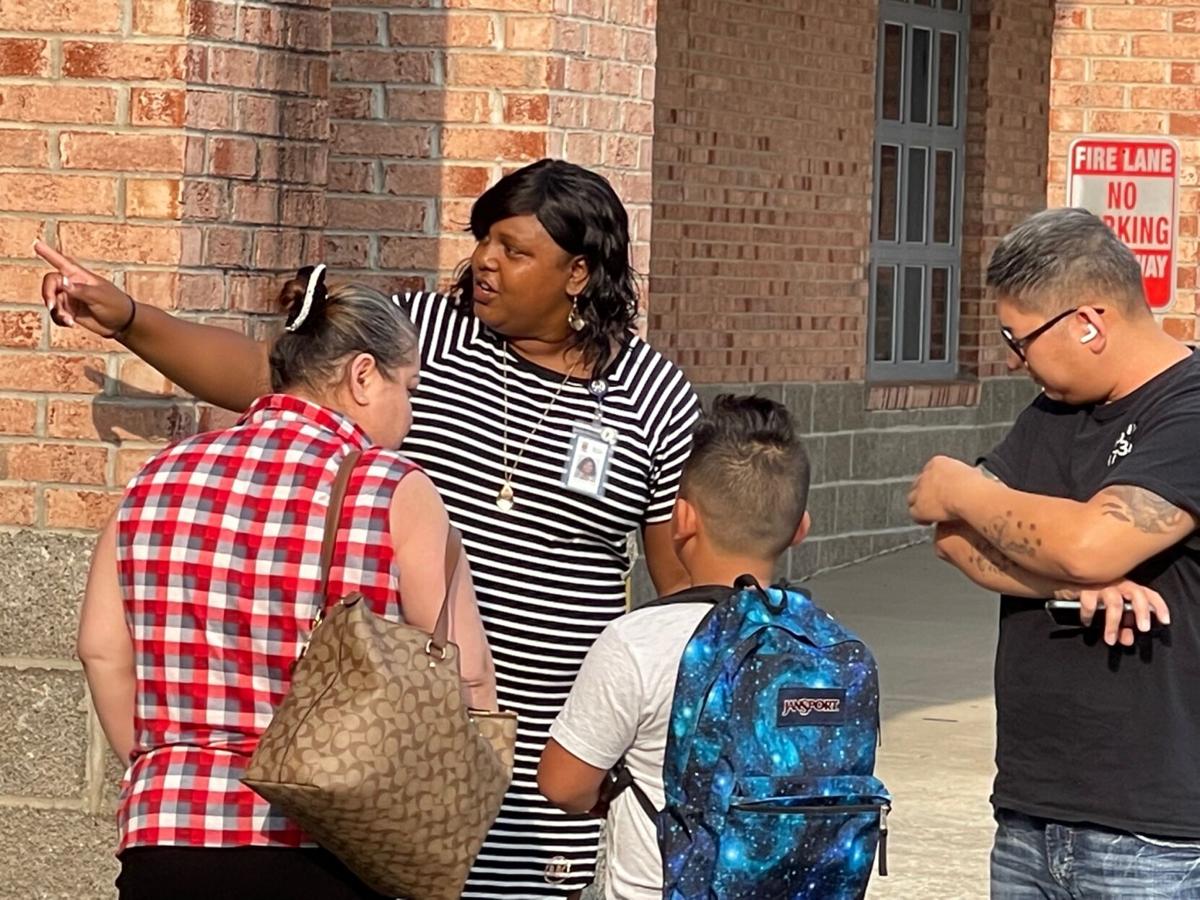 With a favorable day weather-wise clouded primarily by an ongoing pandemic, the 2021-22 school year got underway Friday morning for both Williamson County Schools and the Franklin Special School District.

“I am looking forward to students growing, in the way they relate to each other, in the arts and athletics, and, of course, in academics,” WCS Superintendent Jason Golden said in front of Legacy Middle School, the newest school in the district. “That’s what we’re about, and it’s going to be a good year.”

If not a challenging one. While positive cases of COVID-19 continue to rise, Golden and FSSD Director of Schools David Snowden will be doing daily assessments of the numbers to determine if adjustments need to be made to elevate precautions.

“We’re especially going to look at what’s going on in our buildings, and these first few days are going to be telling,” Golden said.

When it comes to masks, both districts have in their protocols that they’re encouraged but optional. As students began arriving by 7:30 at Legacy Middle and later in the morning at Johnson Elementary School, first glance revealed that most were adhering more to the optional directive and were unmasked.

“We’re going to see how many choose to wear a mask these next couple of days,” Golden said. “We’re watching for numbers of cases in the community, especially among the younger folks who are our students.”

This time last year, of course, students, teachers and everyone else entering school buildings were required to wear a mask and also to have their temperature checked. Though the policy this year is not as restrictive, Snowden said that can change in a moment’s time.

“We’re concerned, we’re watching and we’re going to keep track of numbers as far as any school spread or cases just like we did last year,” Snowden said at Johnson Elementary School, one of the district’s eight schools where he visited Friday morning. “It’s a challenge. I wish I could say it’s not as stressful [as last year], but it is.

“We’re going to continue to monitor everything. There may be a point in time where we have to make changes in our mitigation protocols. But at this point, we’re just going to monitor and see what it looks like in our schools.”

Here are the health and wellness guidelines for Williamson County Schools and Franklin Special School District.

Friday was a half-day for students in first grade and older for WCS and FSSD. Kindergarteners report in both districts Aug. 16.