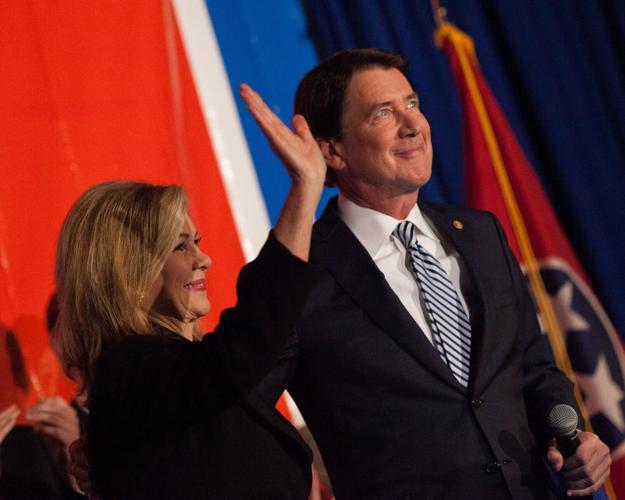 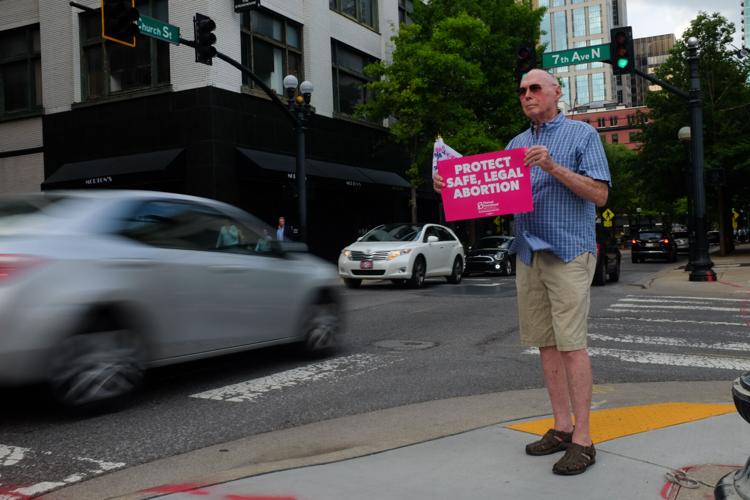 Tennessee Senators Marsha Blackburn and Bill Hagerty, along with other Republican senators, introduced the Public Servant Protection Act this week.

The bill is response to recent protests outside of the homes of conservative United States Supreme Court justices, which themselves were in response to last week's leaking of a draft opinion from the court that is expected to see the end of federal protections for abortions.

According to a news release, the legislation aims to “protect all government employees and their families from having their home addresses listed publicly online,” an action sometimes referred to as “doxxing.”

The peaceful protests drew dozens of pro-choice activists in what could be argued as an obvious example of the First Amendment at work, but others, including Washington Post opinion columnist Marc A. Thiessen, have argued that the action was actually illegal, citing section 1507 of Title 18 of the U.S. Code which reads in full:

“Whoever, with the intent of interfering with, obstructing, or impeding the administration of justice, or with the intent of influencing any judge, juror, witness, or court officer, in the discharge of his duty, pickets or parades in or near a building housing a court of the United States, or in or near a building or residence occupied or used by such judge, juror, witness, or court officer, or with such intent uses any sound-truck or similar device or resorts to any other demonstration in or near any such building or residence, shall be fined under this title or imprisoned not more than one year, or both.

"Nothing in this section shall interfere with or prevent the exercise by any court of the United States of its power to punish for contempt.”

Now Sen. Blackburn and others are working to further insulate the justices and other public officials from public scrutiny and possible intimidation just as security has been increased around both the nation’s highest court and its members.

“The woke mob is attempting to threaten our Justices into silence,” Sen. Blackburn said in the news release. “While Biden’s White House and Department of Justice have been noticeably silent on condemning these targeted attacks, I joined my colleagues in the Senate to protect our public servants as they defend the rule of law.”

While Sen. Blackburn has criticized what she sees is the Biden administration’s inaction on the protests, former White House Press Secretary Jen Paski said in a tweet, “@POTUS strongly believes in the Constitutional right to protest. But that should never include violence, threats or vandalism. Judges perform an incredibly important function in our society, and they must be able to do their jobs without concern for their personal safety.”

Blackburn, a member of the Senate Judiciary Committee, said in a recent Fox News interview that the Department of Justice should “take action” against the protestors and said law enforcement officials “ought to be marching every one of these people down to the police, their headquarters, and then booking them.”

No arrests were reported in the protests that marched outside of the homes of conservative justices, but police were present.

“Judges and other government officials should not be subjected to angry protests and violent threats at home simply because they serve the public at work," Arkansa Sen. Tom Cotton added in the release about the pending legislation. "Our bill will protect public servants and their families by allowing them to remove their home addresses from any public website."

Blackburn, a Brentwood resident, was herself the target of a demonstration in 2020 as she and her husband dined at Brentwood’s Mere Bulles restaurant.

Peaceful protests in the wake of the leaked opinion have popped up across the nation, including in Nashville. Though, the Madison, Wis., office for the Wisconsin Family Action, an anti-abortion group, was the target of a suspected firebombing, which damaged the building and included a spray-painted message that read, “If abortions aren’t safe then you aren’t either.”

“This has no place,” Sen. Blackburn said of the incident.

This recent example of intimidation is not unique to one side of the debate, with dozens of examples of arsons, bombings, assaults and murders targeting abortion providers by anti-abortion activists across the nation from the 1970s through the 1980s, 1990s and into the 2000s.

Just five months ago on New Years Eve, a Knoxville Planned Parenthood facility was burned to the ground in an incident that law enforcement ruled as arson.

In Mt. Juliet, a women’s health clinic that provided some abortion services was the target of multiple protests in 2019 and led to the City of Mt. Juliet to pay $225,000 in attorneys fees to settle a federal lawsuit after the city rezoned the clinic after it opened in an attempt to stop abortions from occurring.

The final official court ruling is expected to be made public next month and could result in even more direct actions by pro-choice protesters, as nationwide protests are scheduled to continue this weekend, including in Nashville.

President Biden previously spoke out against the anticipated ruling in a news release.

“The draft opinion calls into question the fundamental right to privacy — the right to make personal choices about marriage, whether to have children, and how to raise them,” President Biden later said in a tweet. “These are fundamental rights for Americans — a critical part of who we are.”