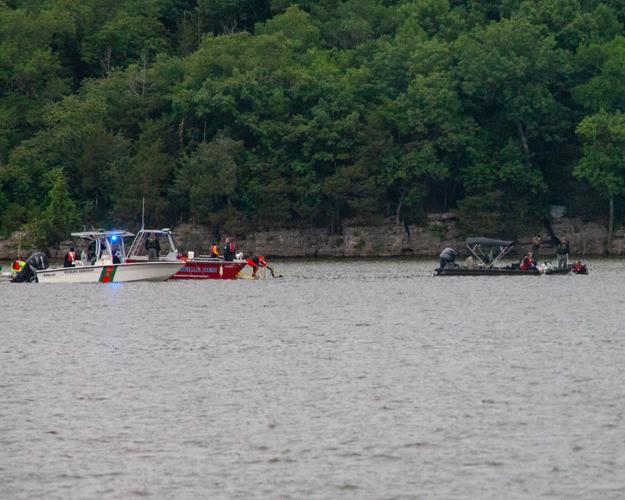 Divers and other first responders pull debris from Percy Priest Lake on Saturday evening following the crash of a private jet. 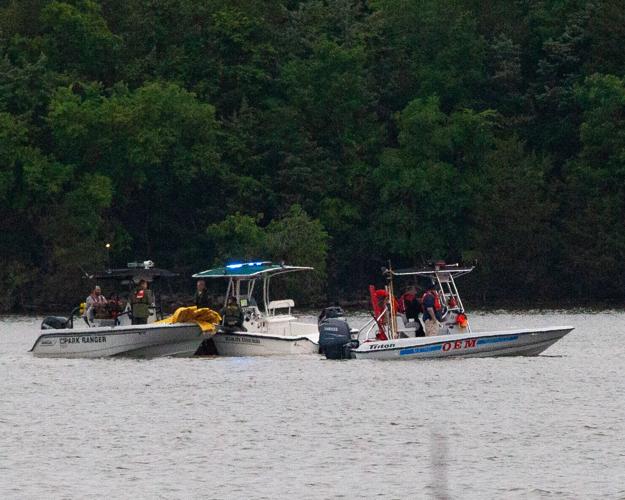 Divers and other first responders scoured a section of Percy Priest Lake on Saturday evening following the crash of a private jet. 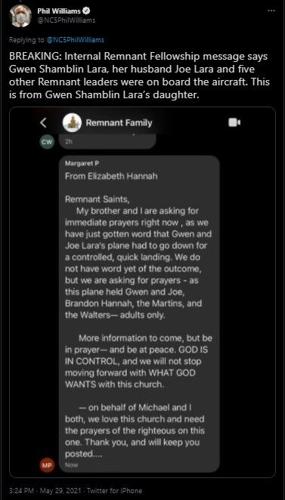 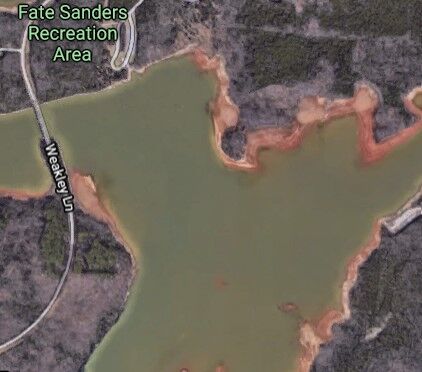 The approximate area of the crash that officials say was contained to the water. 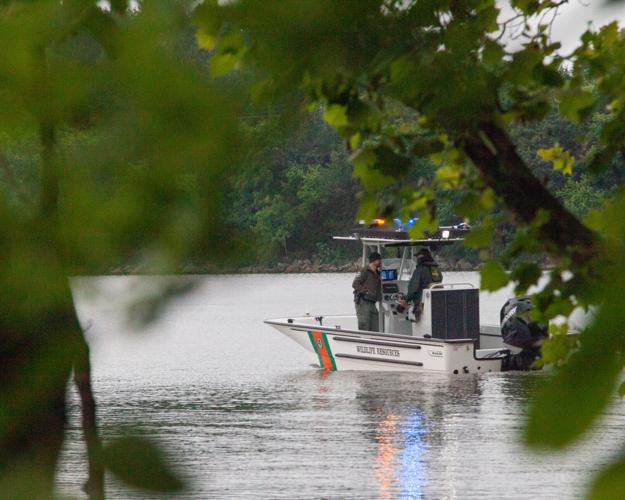 Tennessee Wildlife Resource Officers depart the Fate Sanders Recreation Area on Percy Priest Lake on Saturday evening on their way to the crash site of a private jet about half a mile from the recreation area. 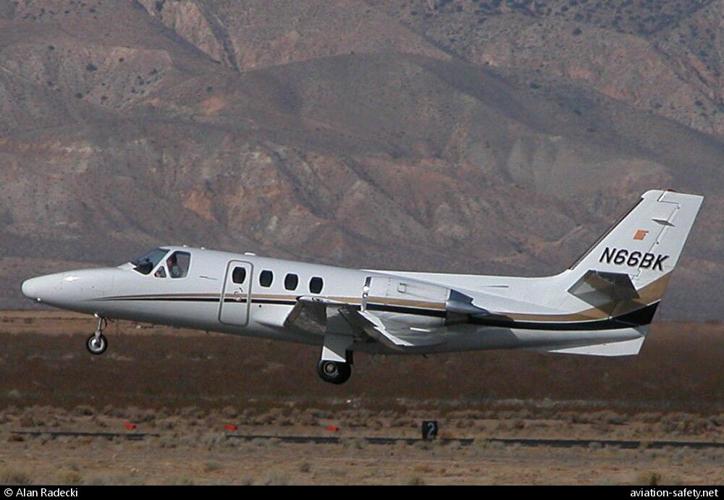 2007 photo of the jet that crashed in Percy Priest Lake. 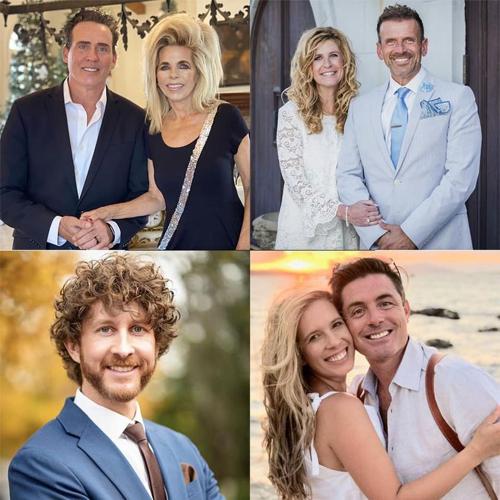 All seven victims were listed as members of the leadership team at Remnant Fellowship, a church in Brentwood. From Left to Right/Top to Bottom: Joe and Gwen Lara, Jennifer and David Martin, Brandon Hannah, Jessica and Jonathan Walters

Divers and other first responders pull debris from Percy Priest Lake on Saturday evening following the crash of a private jet.

Divers and other first responders scoured a section of Percy Priest Lake on Saturday evening following the crash of a private jet.

Those victims have been identified as Gwen Shamblin Lara, William J. Lara, Jennifer J. Martin, David L. Martin, Jessica Walters, Jonathan Walters, and Brandon Hannah, all of Brentwood, and all of whom are listed as leaders of the Remnant Fellowship church in Brentwood.

All seven people are presumed dead and are the subjects of a recovery operation that continued into Saturday night and Sunday.

In total more than a dozen first responder agencies are involved in the search and recovery operation and investigation, using everything from various sizes of boats and drones, as well as dive teams.

Emergency crews were dispatched to the area around 11 a.m. on Saturday and by Saturday afternoon a command center had been established at the Fate Sanders Recreation Area.

In a 9:30 p.m. news conference on Saturday, RCFR Captain Joshua Sanders, the incident commander on the scene, confirmed that seven people were on board the plane when it left the Smyrna Airport, but at that time they would not release the identities of the victims.

“Our efforts have transitioned from a rescue effort to a recovery effort at this time,” Sanders said on Saturday night.

The crash site was confirmed to have been contained to the water, and the Williamson Home Page witnessed dive teams recovering small fragments of what appeared to be airplane debris from the middle of the lake about half a mile from the recreation area on Saturday evening around 6 p.m.

Emergency crews reportedly saw indications of a crash when they arrived on Saturday morning, finding a debris field in the water which included an oil slick and “aircraft components.”

News Channel 5 first reported that Brentwood-based church Remnant Fellowship as well as reporting that the private jet was registered to JL&GL Productions LP, which is connected to one of the victims.

News Channel 5 also published what they said was a message sent from a church member to others who said that seven members of the church were on board the plane when it crashed.

As of Saturday at 9:30 p.m., law enforcement officials would not confirm that the information in the message, seen below, was accurate, but soon after Rutherford County Fire Rescue confirmed the identities of the victims as stated above.

Earlier in the day on Saturday ABC News Nashville-affiliate WKRN reported that they received a Facebook message from the church that reads in full:

“The Shamblins, Hannahs and Laras appreciate your concern, support and prayers. As has been reported by the media, some family members may have been involved in a plane accident this morning. The families are awaiting details from the authorities. Because no details have been confirmed, the authorities have been unable to communicate with the families of those involved. The families will share details at the appropriate time. In the meantime, the families respectfully request prayers and privacy for all involved, please.”

News Channel 5 also reported on the controversy that has surrounded the church, including the death of a child, as well at the reported perception by some that crash victim Gwen Shamblin Lara, who was often referred to as a "Christian diet guru" online, was seen by some church members as a "prophet."

Dive operations were suspended until Sunday, and no further information about the crash, including who was flying the jet and why and how it crashed has been released.

Some of that information, specifically the cause and manner of the crash, are not expected to be known or released for some time, pending recovery and analysis of the remnants of the jet and the remains of the victims.

Several flight record and flight tracking websites showed a last recorded altitude of 600 ft and last recorded flight speed of 182 mph before the plane crashed, with online data showing that the plane appears to have be traveling east when it crashed.

On Saturday night the YouTube account Andrew FlyGuy posted what appeared to be an audio recording of the last communications between the jet and aircraft control towers in Smyrna and Nashville.

In that audio recording, which is publicly available online and obtained through the towers and not the plane, an alarm can be heard in the cockpit audio prior to the towers losing commination with the plane.

This story will be updated.