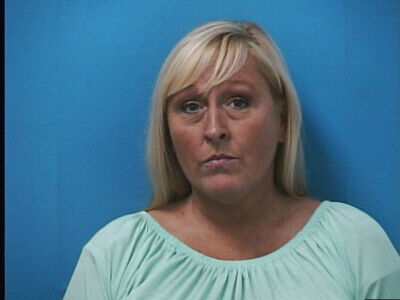 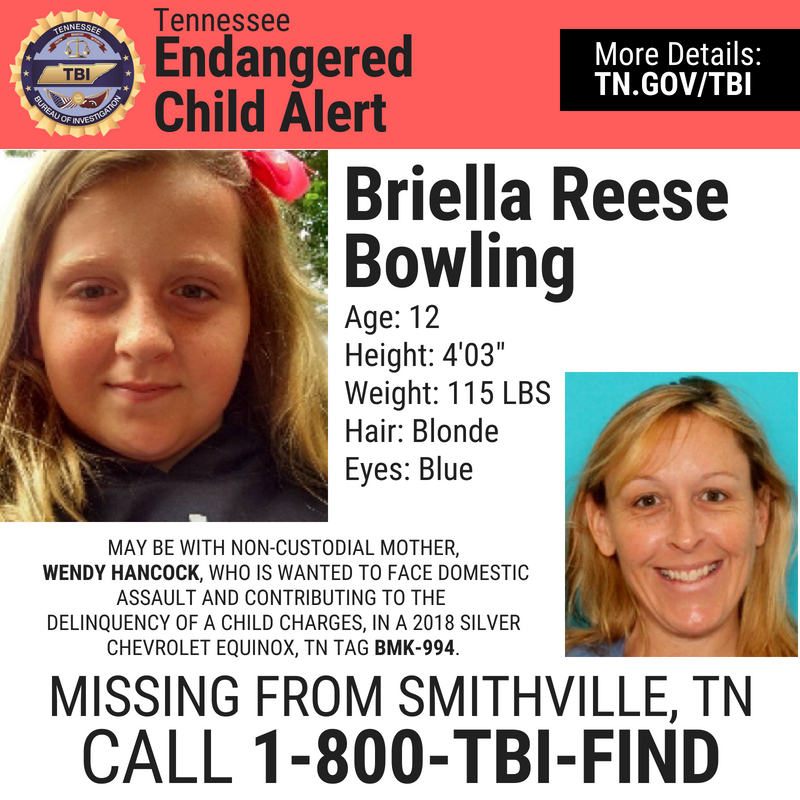 The 2018 Endangered Child Alert poster distributed by the TBI. 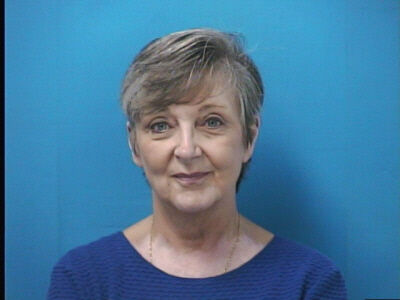 A Smithville woman at the center of a 2018 endangered child alert was found guilty of custodial interference last week in a Williamson County Court.

Wendy Dawn Hancock, 45, was found guilty by a unanimous jury decision on Wednesday, July 14, and will be sentenced on Sept. 3.

The three-day trial saw testimony from a Smithville Police Department detective, two Brentwood Police Department detectives and a BPD patrol officer, a Tennessee Department of Children's Services (DCS) investigator and DCS lawyer, a Dekalb County Circuit Court Clerk’s office employee, a hotel manager and a Brentwood attorney. Hancock and her then 12-year-old daughter were found at the attorney's home one day after the Tennessee Bureau of Investigation filed an endangered child alert.

The case began on Aug. 6, 2018 when a DCS investigation into Hancock and the wellbeing of her two children was created.

A DCS child abuse investigator attempted to interview Hancock and her children, but she was told by Hancock that she would not speak to DCS directly, and referred any further DCS inquiries to her lawyer.

The DCS investigator testified to having seen Hancock’s daughter, Briella Bowling, while she spoke with Hancock who was at her front door, but she did not see Hancock’s son.

DCS and police testified that they were unable to make contact with Hancock’s children, who were not in school for several days, and that when they went back to Hancock’s home on Aug. 8, no one answered the door or appeared to be home.

The DCS investigator testified that on Aug. 13, DCS deemed the children to be “unsafe” and issued a protective order and a petition to have the children placed in foster care.

A preliminary hearing was held the next day on Aug. 14, but Hancock did not attend the hearing, and later that day the DCS investigator contacted the TBI.

On the afternoon of Aug. 15, the TBI issued a endangered child alert for 12-year-old Bowling, calling Hancock Bowling’s “non-custodial mother,” and citing charges of domestic assault and contributing to the delinquency of a child against Hancock.

This alert then led to Lebanon Police Officers locating Hancock’s vehicle in the parking lot of an O'Charley's Restaurant just off Interstate 40 in Lebanon, some 35 miles away from Smithville.

The Smithville Police detective then drove to Lebanon where he saw Hancock’s empty car in the restaurant parking lot that is shared with a Comfort Suites hotel.

The detective then spoke to hotel employees who confirmed that two people matching the description of Hancock and Bowling had been guests at the hotel from Aug. 11 to Aug. 15 before checking out just hours before the detective arrived in Lebanon.

The hotel manager testified during the trial, while the state presented check in records and hotel security footage as evidence.

That footage showed Hancock, Bowling, Hancock’s father and Brentwood attorney Connie Lynn Reguli sitting together for an extended period of time before Bowling approached the group and showed them something on her cell phone, at which point the group got up and left the hotel.

Security footage also showed several people get into a white van that was later identified as a White Honda Odyssey owned by Reguli.

Reguli met Hancock around 2015 and was involved in a previous family case which was unspecified when it was brought up in court.

Reguli said that she never received calls back from either DCS or the police, adding that she was acting as Hancock’s legal representative.

On Aug. 15, Reguli obtained paperwork filed in the DCS case, including the order to have the children placed with a foster family, and then drove to the Lebanon hotel where she met with Hancock in order to discuss how they were going to handle and respond to the investigation.

One detective also testified that Hancock admitted to seeing the DCS order after Reguli provided her with it.

It’s also on Aug. 15, in the meeting that was captured on the hotel surveillance footage, that both Hancock and Reguli were made aware that Hancock and Bowling were wanted by the TBI, as police testified that the endangered child alert is what Bowling showed the group on her phone at the hotel.

Law enforcement then obtained a search warrant and accessed data from two cell phones associated with Bowling and Reguli to track their movements and locations, eventually tracking a ping from Bowling’s phone at approximately 9 p.m. on Aug. 15, a ping that came from an address of a home owned by Reguli.

A Brentwood detective also testified to the agency’s ability and efforts to track the phone, presenting several visuals including a map, to the jury that showed that one of the phones was recorded traveling from Smithville to Lebanon and East to West along the I-40 corridor to Brentwood.

Around 1 p.m. on Aug. 16, two Brentwood Police officers were dispatched to the Wikle Road East home in order to do a welfare check in regards to the missing child.

One of those police officers testified to seeing Hancock and Bowling through large windows in the back of the home.

“I saw her look up at me with a surprised look,” the officer told the jury in reference to Bowling, adding that he then heard Bowling say, “Mom, they’re here.”

That officer then reported that Hancock was inside of the home on a cell phone talking to an unknown person when she said, “It’s the police,” and, “They found us,” before acknowledging to the officer that DCS was attempting to gain custody of her daughter.

The prosecution argued that Hancock was aware that she was breaking the law, citing testimony by one detective that Hancock told police that she “just wanted more time with her daughter,” and alleged that she had taken specific steps to avoid law enforcement such as taking her daughter to Lebanon prior to the DCS order being issued, turning her phone on airplane mode and using cell phones provided by Reguli to avoid phone tracking, and leaving her vehicle in Lebanon while heading to Brentwood in Reguli’s van after seeing the TBI alert.

Reguli is also facing her own charges related to Hancock’s case, and is scheduled to stand trial on Sept. 20 for the charges of facilitating custodial interference and two counts of accessory after the fact.

Prosecutors argued that Reguli, who was acting as Hancock’s attorney, was also aware of the legal situation surrounding Hancock, having both received the DCS paperwork placing the children in DCS custody, as well as having seen the TBI alert on Bowling’s phone which included contact information for both the TBI and the Smithville Police detective investigating the case.

The prosecution argued that Reguli transporting Hancock and Bowling from the Lebanon hotel to her Brentwood home in her vehicle and then allowing the mother and daughter to spend the night at her home was an intentional act to evade law enforcement who were attempting to help DCS enforce a legal order.

According to the Board of Professional Responsibility of the Supreme Court of Tennessee, Reguli has practiced law since 1994 and has faced numerous professional challenges and disciplinary actions including censures and suspensions, including several 2012 misconduct complaints involving restitution payments to clients and false claims about Reguli's professional certifications.

Hancock was represented in court by a public defender, who argued that Hancock was never actually served with the DCS order and that by the time the Dekalb County Clerk's Office presented the paperwork to Reguli on Aug. 15, the order had already been issued and the preliminary hearing date had already passed.

The defense did not dispute that Hancock, Reguli and Bowling were at the Lebanon hotel, that they had traveled to Brentwood, or against the legitimacy of the DCS order, but they did argue that Bowling was never in any danger, and that the DCS order did not specifically order Hancock to turn over her children to any specific person at any specific time or date.

The DCS investigator testified that the order requires a parent to surrender custody of a child to a case worker immediately.

One Brentwood Police detective agreed in her testimony that there was no evidence that Bowling was being held against her will.

The defense's final argument was that Hancock couldn't violate an order that she wasn't properly served with, while the prosecution argued that Hancock couldn't be located in the days before the TBI alert was issued, adding that a misunderstanding of the law was not an excuse for engaging in illegal activity.

The jury ultimately agreed with the arguments and facts laid out by the prosecution, returning a unanimous guilty verdict after about two hours of deliberation.

The trial was not without its own theatrics as the courtroom included several private citizens from inside and outside of the Middle Tennessee area who were acting as “court watchers.”

These dozen or so people were encouraged to attend by Reguli, who has a strong social media following and runs the The Family Forward Project, which describes itself on their Facebook page as “an organization to help families grow stronger and sometime[s] recover in the face of government intrusion.”

Specifically, Reguli claims in a variety of social media posts that DCS, and its various forms at the state level across the nation, is corrupt and not working in the best interest of either children or families.

After the trial, Reguli expressed her grievances on her Facebook page alongside one of the “court watchers,” where she claimed that the procedures and rulings over testimonies, evidence and the general conduct of the court, which was presided over by Judge Joseph A .Woodruff, spelled trouble for the rights of parents and families, which she argues have been infringed.

Those “court watchers” served as distractions for Judge Woodruff, who on several occasions throughout the three day trail, heard allegations from the prosecution as well as Williamson County Sheriff’s Office deputy who works in the courthouse that at least one of the “court watchers” was attempting to share information with Reguli before she had testified.

That “court watcher” was called to testify in relation to the allegation and denied that he was attempting to undermine the integrity of the court.

Judge Woodruff also addressed some of the “court watchers” who were filming and uploading daily recap videos of the trial, which the prosecution said could have been seen by a member of the jury.

Some of these videos and social media posts by “court watchers” related to the case allege that DCS and law enforcement are involved in the “kidnapping” of children, and the jury, who were not in the courtroom for these discussions, were barred from researching or communicating with anyone about the case while the trial was going on.

This case was complicated by the nature of criminal investigations involving minors, as all records and testimonies in a juvenile court are sealed from the public, making any claims by critics of DCS and their alleged potential failings hard to examine or understand.

At the end of Hancock's trail she was served with a subpoena by Assistant District Attorney Mary Katharine Evins, which will require her to testify in the pending criminal trial against Reguli in September.