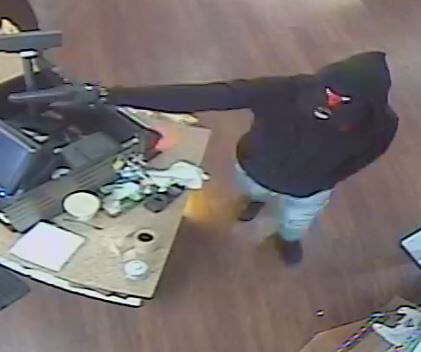 A still from a Shell gas station security camera was released by the Smyrna Police Department showing a person, identified by SPD as Keanthony Williams, pointing a gun during a an armed robbery attempt that resulted in the death of the gas station clerk. 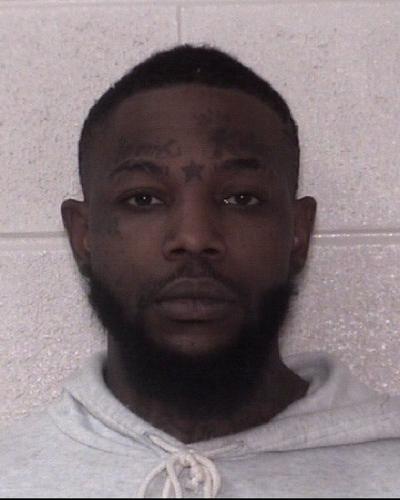 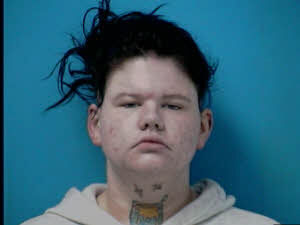 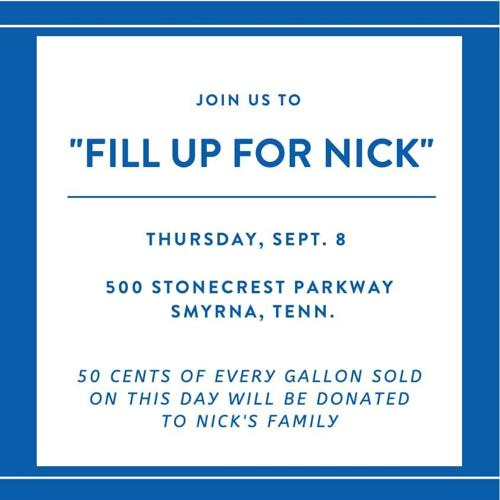 A man charged in a Smyrna attempted robbery that resulted in the killing of a another man will also soon be charged in connection to a Aug. 27 Brentwood armed robbery.

An affidavit filed with the Williamson County General Sessions Criminal Court gives some insight into the incident.

According to that affidavit, a man, identified in the documents as Williams, allegedly entered the Brentwood gas station and “brandished a firearm and put the muzzle into the back of another customer,” demanding Newport cigarettes and money from the gas station clerk.

The clerk handing over approximately $300 in cash and six packs of cigarettes, while police said that Williams held on to the customer, preventing him from fleeing.

The customer told police that, during the robbery, he “overheard a woman's voice on the suspect's cell phone, telling the suspect if any vehicle(s) were coming.”

That woman was later identified as 24-year-old Kathryn Haylee Taylor, of Lawrenceburg, who has been charged with especially aggravated kidnapping, aggravated robbery and theft of property under $1,000.

According to the affidavit, police said that Williams was recorded on video entering and exiting the Brentwood gas station wearing black clothing and a Chicago Bulls hat, which was clearly visible in a still frame security camera image released by SPD in the Smyrna robbery attempt.

Those recordings also allegedly showed Williams enter and exit a Chevrolet Equinox SUV during the Brentwood robbery which had “distinctive markings” and was registered to Taylor.

Just days earlier on Aug. 15, BPD said that Taylor was involved in a shoplifting incident at the Brentwood TJ Maxx store where she allegedly attempted to steal $375 worth of bedding before fleeing the scene in that same SUV which was driven by an unidentified black male.

She has been charged with evading arrest and shoplifting – theft of property for that incident, and was booked into the Williamson County Jail on Aug. 31 on a $312,000 bond. She is expected to appear in court on Wednesday.

Williams and Taylor can be seen together in recent photos on public Facebook profiles, along with a photo that shows several hundred dollars in cash and a black pistol.

At this time, it's unclear if Williams has been formally charged with the Brentwood robbery, as he was detained in the Rutherford County Jail as the Smyrna murder investigation continues.

According to an August 31 SPD news release, Williams was later arrested at his Nashville home for the Aug. 30 shooting where police said that Williams "displayed a handgun demanding money from the register," before shooting Patterson and fleeing the scene.

Patterson was transported to an area hospital but died from his injuries.

Now, Williams has been charged with attempted aggravated robbery and first degree murder by SPD, in addition to his pending charges out of Brentwood.

According to SPD, they received assistance from the Metro Nashville Police Department, the Tennessee Bureau of Investigation and BPD.

According to the Tennessee Department of Corrections, Williams was released from the Trousdale Turner Correctional Center this past April on parole and was previously incarcerated in Davidson County after he was convicted on charges of extortion, coercion of a witness and having contraband in a penal institution.

Williams has a lengthy criminal history in Davidson County, including previous charges of aggravated robbery.

Twice Daily released a statement on the incident saying in part, "We are deeply saddened by this tragic and senseless crime," and announced that on Thursday, Sept. 8, the Smyrna gas station, located at 500 Stonecrest Parkway, will donate 50 cents of every gallon of gasoline sold to Patterson's family in what the company has deemed the "Fill up for Nick" memorial.

No further information about either of the crimes has been made public.