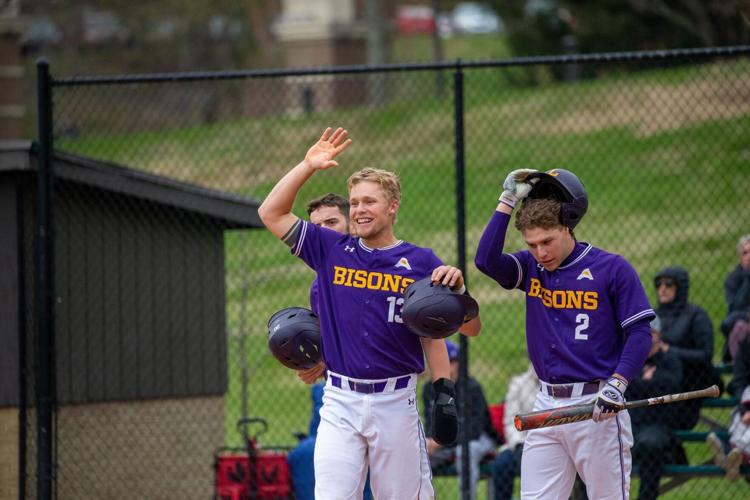 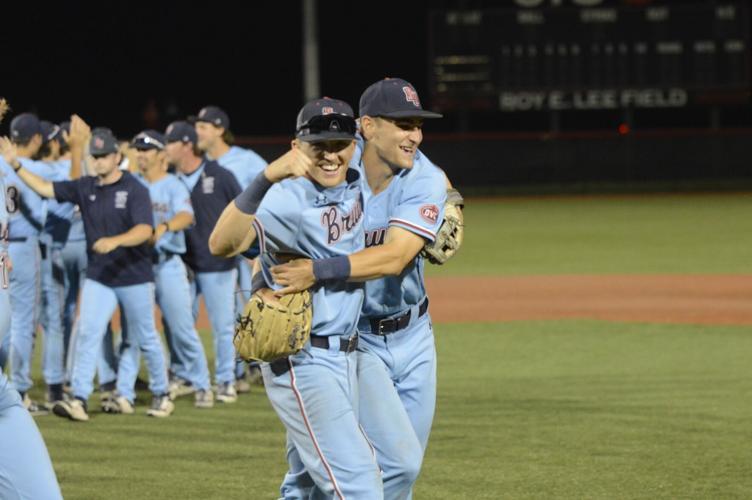 It was a successful weekend at the park for the Belmont and Lipscomb baseball programs as each team closed out strong regular seasons with title-clinching wins.

The Bruins (37-19, 18-6) took two of three from SIUE, winning both games of Friday’s doubelheader - a 12-11 slugfest in 11 innings and a 6-2 series capper - to clinch the team’s first outright Ohio Valley Conference regular season championship since joining the league.

The 37th win not only secured Belmont the No. 1 seed in this week’s OVC Tournament, but it equals their highest-ever win total for a regular season campaign, tying the 2013 Bruins.

Due to their status as the top seed, Belmont received a double-bye in the tournament, which is being held at Wild Health Field in Lexington, Kentucky. The Bruins will not have to play until Thursday, when they will face off against the winner of game three (No. 4 Eastern Illinois vs the winner of No. 5 SIUE and No. 8 Austin Peay) at 10 a.m.

The Bruins have yet to win an OVC tournament title, reaching as far as the title game in 2017. But they enter the 2022 iteration as the favorties in what will be their final conference tournament before heading to the Missouri Valley.

During the regular season, Belmont and OVC Coach of the Year Dave Jarvis won seven of eight OVC series, only dropping a series to No. 2 seed Southeast Missouri. The Bruins have won 14 of their last 19 games entering the postseason, have six wins over top-100 RPI competition, and swept Purdue on the road in April.

Sophomore outfielder Guy Lipscomb, a Franklin High School product and the OVC Player of the Year, stars at the plate for the Bruins. Lipscomb is the first player in the NCAA since 2011 to hit at least .400 and steal 40 or more bases in a single season. He is currently 12th in the nation in batting average and fifth in stolen bases.

Lipscomb (34-20, 20-10) swept North Alabama over the weekend, with Saturday’s 13-6 win over the Lions clinching the ASUN West Divison Crown for the Bisons.

The Bisons and ASUN Coach of the Year Jeff Forehand will now enter the ASUN Tournament, which takes place at Swanson Stadium in Fort Myers, Florida, as the No. 2 overall seed in the league. Lipscomb will begin play in pool A on Tuesday against No. 3 Kennesaw State, before facing No. 4 FGCU on Wednesday and No. 1 Liberty on Thursday. The top-three finishers from pool A will advance to the semifinals.

Lipscomb has three top-100 RPI wins on the season, including a 6-2 win at the No.9-ranked team in the country, Louisville. The Bisons enter the tournament having won 10 of their last 12 games, which includes a 3-2 win at Belmont. The Bruins won 5-1 at Lipscomb in early March.

The Bisons are 2-2 all-time in ASUN title games, with their last appearance coming in 2015 when they took down top-seeded North Florida to advance to the NCAA Tournament.

Trace Wilhoite is in the nation’s top 100 home run hitters with 16, while Malik Williams (.363 batting average, 10 home runs) and Nashville native and Ensworth alum Rudy Maxwell (.332, 10) provide production at the plate. Shortstop Caleb Ketchup's top-notch play in the field earned him the ASUN Defensive Player of the Year award.