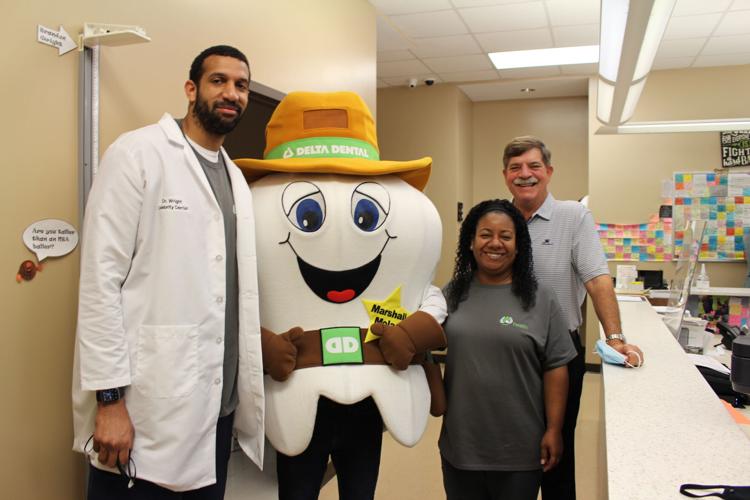 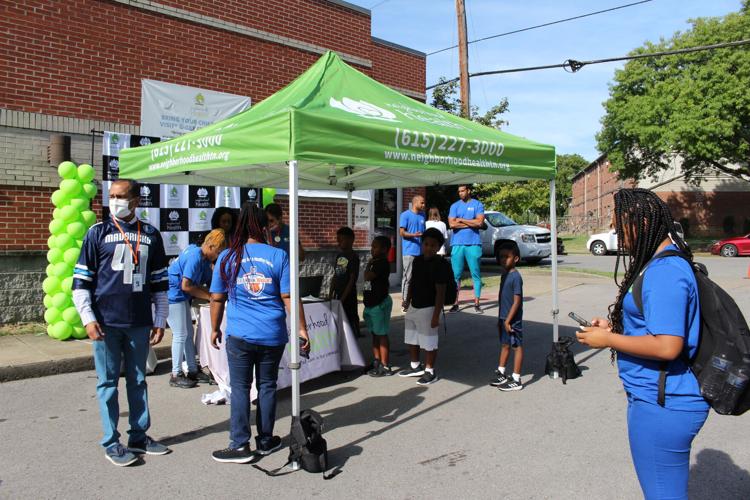 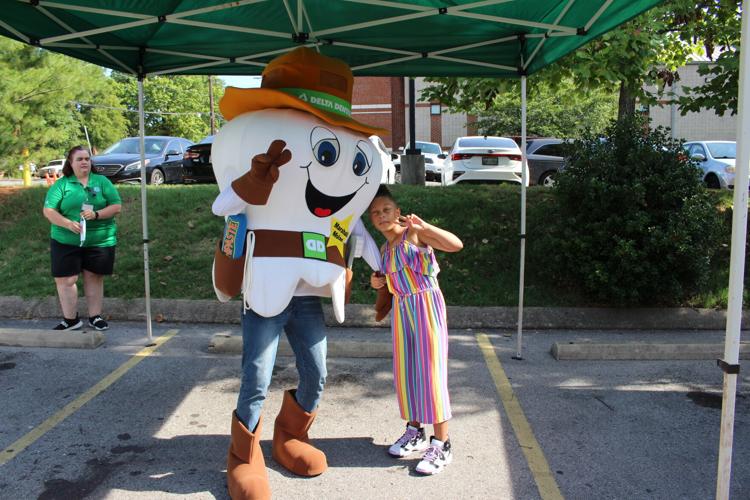 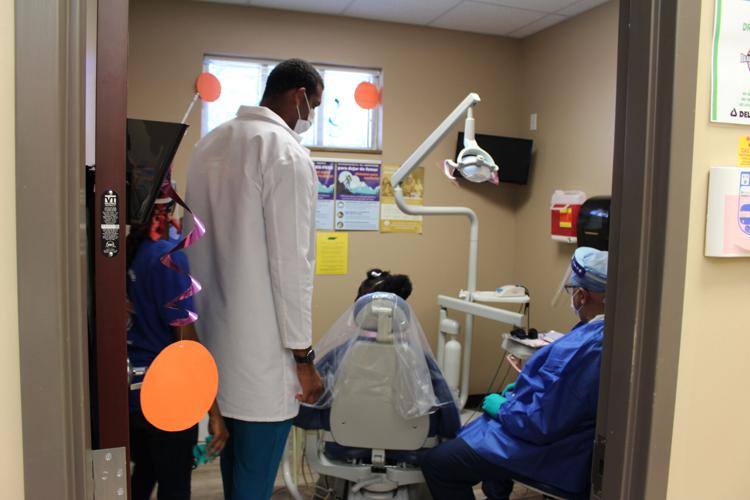 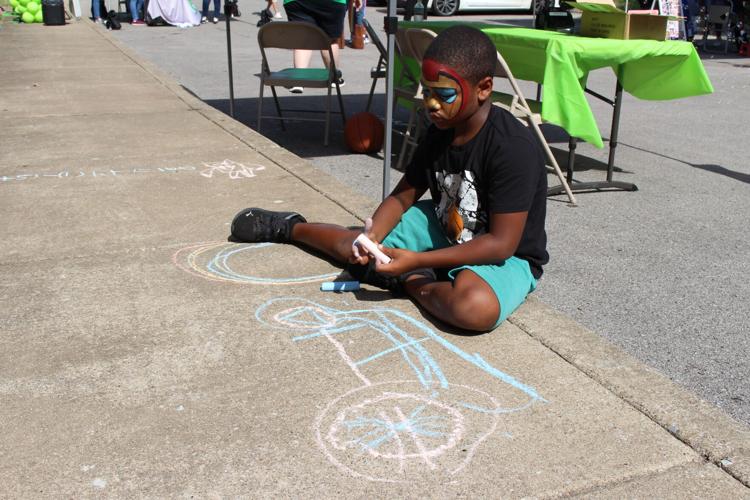 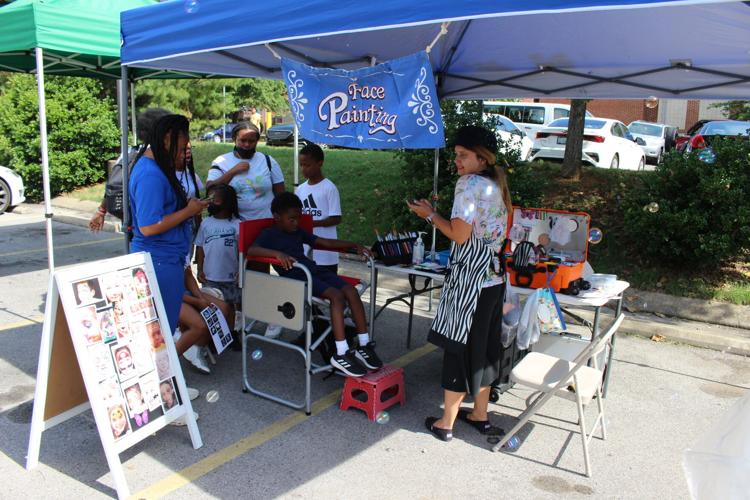 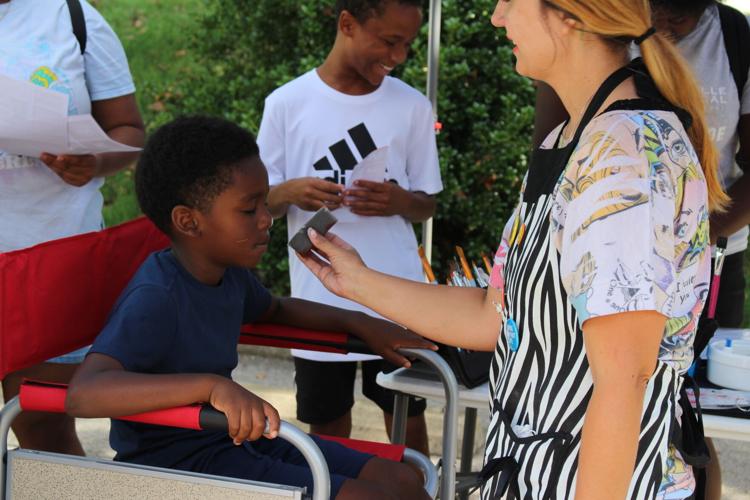 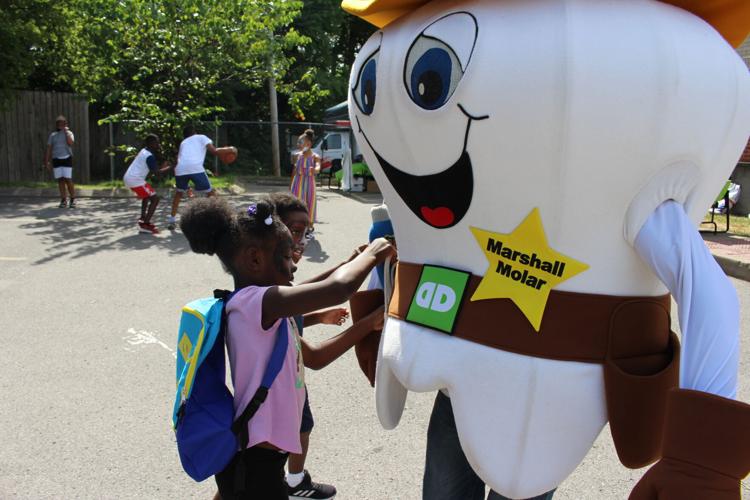 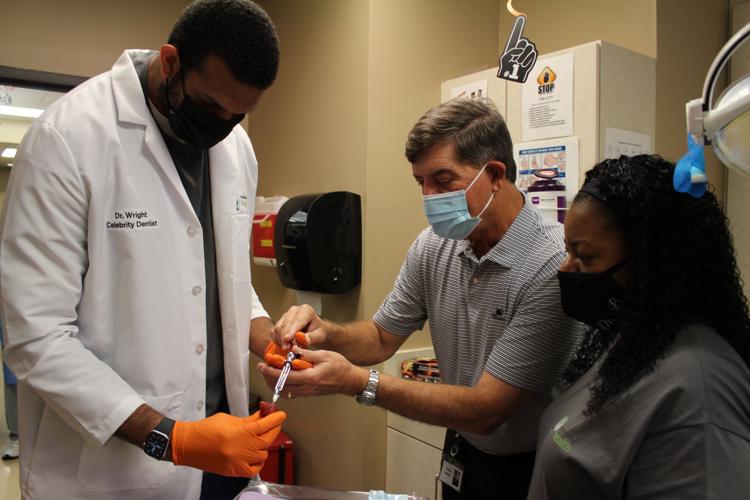 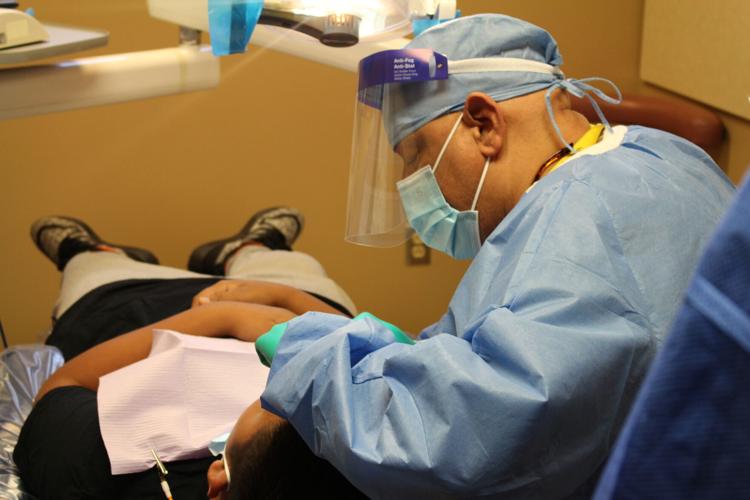 It’s not every day you see a 6-foot-10 dentist. But local residents were able to see exactly that on Wednesday morning at Neighborhood Health as Brandan Wright took part in his second annual Dentist for a Day venture.

The former Brentwood Academy star spent the day at the clinic’s Napier Place location where children from the community were invited to enjoy face painting, food and music and receive a check-in with Neighborhood Health’s hygienists, all with the goal of promoting oral health at an early age.

“Our goal is to get them acclimated and comfortable in a dental environment, the noises, the smells, the sights, because they might not have ever experienced that or they might have had a bad experience, so we want them to be comfortable in our setting,” said Dr. Michelle Blackledge, DDS, Director of Dental Services for Neighborhood Health.

Neighborhood Health has five providers, two hygienists, and eight dental assistants across their 10 locations, all of which were on hand alongside Wright, the special guest dentist for the day, to conduct screenings.

The 12-year NBA veteran has been giving back to the community for years through his Brentwood-based organization Team Brandan Wright, an AAU girls’ basketball program for middle school and high school-aged athletes. But last year, they decided they wanted to expand their footprint beyond sports.

“The basis of what we do is girls basketball,” Wright said. “ Our goal is to make sure we get these girls in college and get their college paid for. If we can't get the whole thing paid for, at least part of a free education. But it has grown over the years. We started partnering with people like Delta Dental because we wanted to add an education part of the foundation. We didn't want to be just purely sports.”

“This'll be an annual thing around the same time, so we can do something for the kids and make sure everything is good right before they have to go back to school,” Wright said.

“No one loves going to the dentist, but it's very, very important for your health. That's a big thing we’ve added with Team Brandan Wright; we wanted to start focusing on our physical health and our mental health, and dentistry is a part of health that can cause a lot of problems down the line if you don't take care of it.”

Neighborhood Health is an organization that focuses on removing barriers to health care in the Nashville area. They provide medical, dental and behavioral health care, as well as some pharmaceutical services.

The idea of giving back to the community that helped prop him up to great heights is important to Wright.

“I think it's just part of your legacy,” Wright said. “I've always been a person that wants to give a helping hand, create some positivity in the city, and do as much as I can to have an impact on young kids.”

Following a legendary career at Brentwood Academy where he became the first player in the history of the state to win three Mr. Basketball awards and led the Eagles to four consecutive state championships, also a Tennessee first, Wright spent one season at North Carolina before being drafted eighth overall in the 2007 NBA Draft.

During Wright’s decade-long run in the NBA with the Golden State Warriors, Dallas Mavericks, Boston Celtics and Memphis Grizzlies, among others, he was one of the rare few Nashville-area players in the league. Now, thanks in part to his success, local NBA players are becoming more common.

“I love to see the people that come after me be successful,” Wright said. “I want them to be more successful than me. I think there’s a tendency in our society to get a little jealous, I'm just happy when I see those guys and gals have success. It's a great thing. I'm going to do my part as far as trying to continue that progression in our community to make everything better”