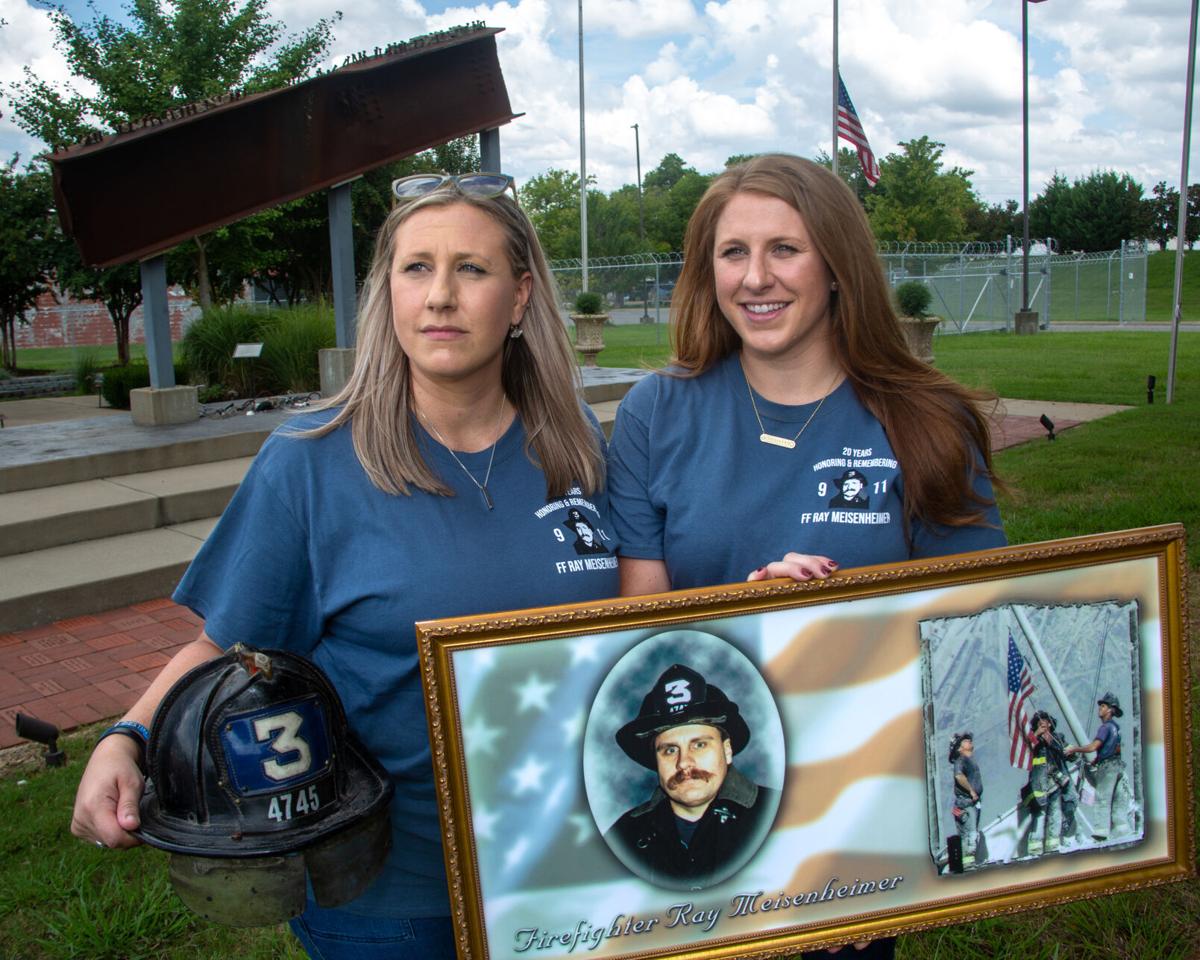 Sisters Lauren Meisenheimer-Fletcher and Kaitlynn Meisenheimer hold a photo of their father, FDNY Firefighter Raymond Meisenheimer, who was killed in the 9/11 terrorist attacks, at the Rutherford County Sheriff's Office 9/11 memorial, which contains a portion of the north tower of the World Trade Center, in Murfreesboro, Tenn. 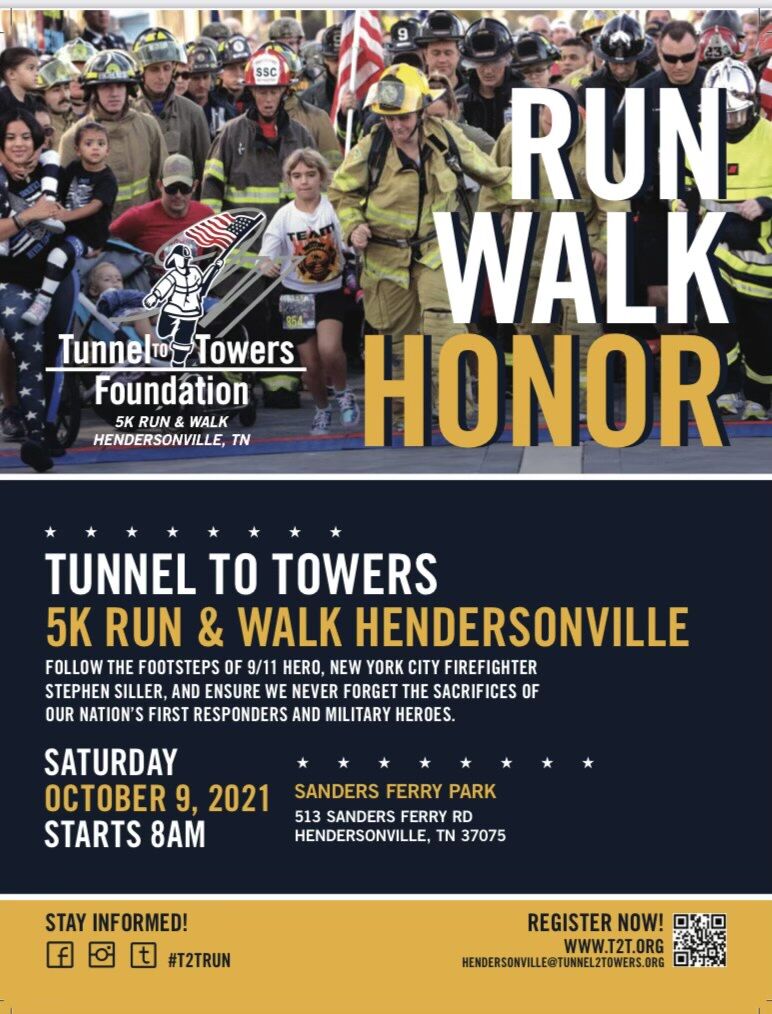 Saturday marks the 20th anniversary of the 9/11 terrorist attacks and while many people remember where they were on that Tuesday morning, many other people weren’t born or weren’t old enough to remember the day that changed the nation and the world.

Twenty years later those who were most directly impacted have continued to live their lives all across the country and the world, and many are working to keep the stories of their loved ones and of the tragic events of that day alive. The father of two Spring Hill residents, Lauren Meisenheimer-Fletcher and Kaitlynn Meisenheimer, FDNY Firefighter Raymond Meisenheimer was one of the 343 firefighters killed in the attack.

Raymond Meisenheimer, a 46 year old from Long Island, New York, was a member of Rescue 3 who was just getting off of his shift on the morning of Sept. 11, 2001, when he jumped on a fire truck and headed toward the Twin Towers.

Meisenheimer was just weeks away from retiring after an impressive career, but it was his dedication and service to the people of New York that led to him entering the south tower and paying the ultimate sacrifice.

“He was in civilian clothes and hopped on the rig to be an extra man to help out,” Kaitlynn Meisenheimer said.

Watch the full interview with Meisenheimer's daughters below.

Now, two decades later, Meisenheimer’s legacy is kept alive through the stories of his life of service, his love for his family and friends and in the ways that they have found to give back in the memory of Meisenheimer and all of those who were lost.

One of those ways that they have kept the memory of those heroes alive is through their support of the Tunnel to Towers Foundation, which began in New York City in memory of Firefighter Stephen Siller, who ran from the Brooklyn Battery Tunnel to the Twin Towers in full gear where he died in the service of others.

That foundation is now changing the lives of people here in Tennessee as seen in 2020 when the foundation paid off the mortgage for Hendersonville resident Lauren Bristol, whose husband, Hendersonville Police Officer Spencer Bristol was killed in the line of duty in December 2019.

Lauren Meisenheimer-Fletcher’s husband, Brien Fletcher, who is a police officer in Brentwood and also hails from Long Island, New York, said that his heritage of a family of civil servants showed him early on that he wanted to give back throughout his life.

“I knew that I loved that serving life,” Fletcher said.

Fletcher was a high school student on 9/11 and served as a New York City police officer before joining the Brentwood Police Department, and in addition to his service to Brentwood, he worked along with his wife and the Meisenheimer family to keep the memory of those sacrifices alive.

A Tunnel to Tower 5K Run and Walk will take place Saturday, Oct. 9, at 8 a.m. in Hendersonville's Sanders Ferry Park, which is also the birthday of Officer Bristol.

“It’s to honor the fallen heroes, and to honor Spencer,” Fletcher said. “You have to keep their memories alive.”

In addition to the upcoming 5K, anyone who would like to support the foundation can also do so by purchasing a 9/11 Ray Meisenheimer hoodie here.