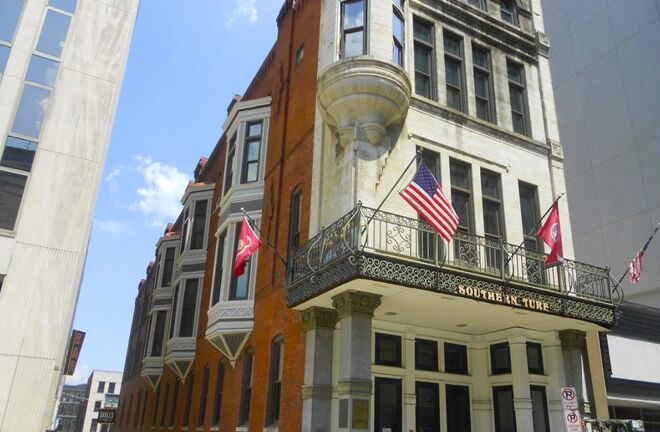 Southern Turf Building as seen in 2018 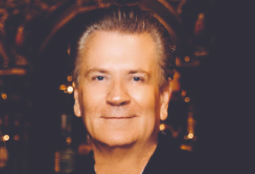 Work is slated to start by month’s end on a Frank Sinatra-focused bar in downtown near Printers Alley.

The business — to be called Sinatra Bar and Lounge — will operate from the first floor of the Southern Turf building, which accommodates Skull’s Rainbow room in its basement space.

Located at 222 Fourth Ave. N. and also addressing Printers Alley, the Queen Anne-style Southern Turf Building is listed on the National Register of Historic Places as a contributing property in the Printers Alley Historic District. It opened in 1885.

Nashville-based Icon Entertainment Group — known for, among others, its downtown-based Skull's, Johnny Cash and Patsy Cline museums, and House of Cards live magic venue — is teaming with Frank Sinatra Enterprises on the business venture.

According to a release, Nashville-based Remick Architecture is handling design work, with Brentwood-based Bell Construction to serve as general contractor. Eric Pyle, Bell (stylized as “BELL”) executive vice president of building operations, will oversee the effort. A cost to undertake the project is not being disclosed.

“We are very pleased to be working with the team at Bell Construction,” Bill Miller, Icon Entertainment founder and CEO, said in the release. “The quality of their recent hospitality projects align with Icon’s high bar for top-notch experiential food and beverage venues in unique and compelling settings. I trust BELL to undertake the renovation and build out of the grand Southern Turf Building, one of Nashville’s most historic and storied buildings which has stood proud since 1880.”

Relatedly, work on The Southern Turf Lofts (six high-end residential units occupying the building's second and third floors) and The Southern Turf Club (a members-only venue for the fourth floor with an outdoor rooftop space) will soon be underway.

Originally planned to have opened in 2020, and as the Post reported in May 2019, work on the project was delayed due to the pandemic.

Sinatra Bar and Lounge is being billed to offer a “Manhattan meets Palm Springs ambiance,” a release from 2019 noted. The high-end small-plates menu will feature “many of the Chairman of the Board’s favorite Italian recipes.” Sinatra’s drink of choice, Jack Daniel’s Tennessee Whiskey (or Old No. 7 as he called it), will be highlighted, along with the new Jack Daniel’s Sinatra Select.

The cost to get the business operational was not disclosed in Tuesday’s release. Miller paid $6 million for the stately four-story stone building in 2017 (read here).

Icon has not announced the extent of any Sinatra collectibles (photos, vinyl albums, clothing) that Sinatra Bar and Lounge will feature. However, Miller is known for his major collections involving magic, music and entertainment in general.

The Southern Turf Building is located on a stretch of Fourth Avenue North, from Church Street on the south to Commerce Street on the north, that is home to four boutique hotels. Printers Alley, as noted, is positioned one-half block to the east.

Throughout a seven-decade career, Sinatra performed on more than 1,400 recordings and was awarded 31 gold, nine platinum, three double platinum and one triple platinum album by the Recording Industry Association of America. He died in 1998.

The start of the building update comes as Miller is preparing a project in East Nashville (read here).