Semi-truck trailer used as campaign sign, positioned on the side of Lewisburg Pike (U.S. 431). 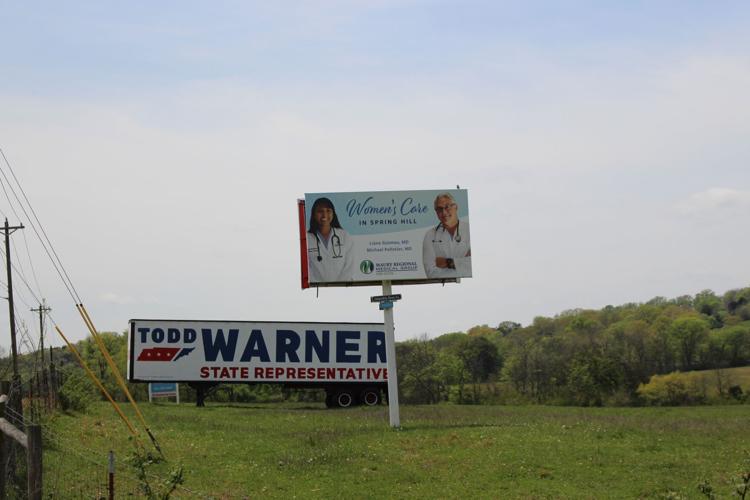 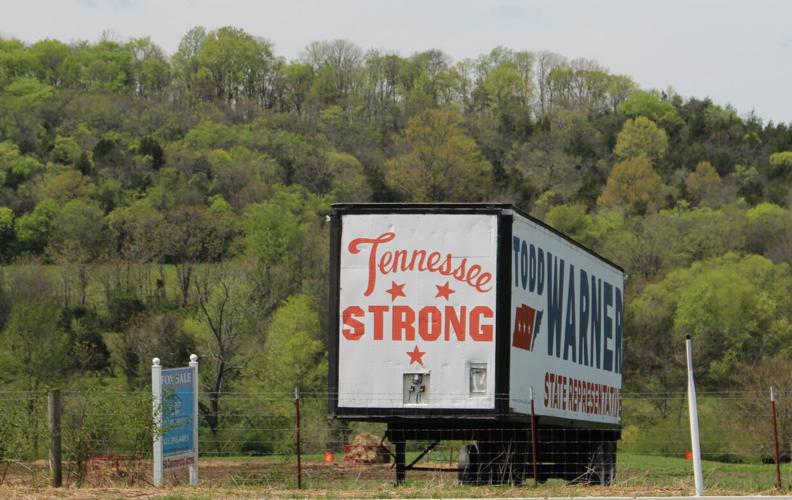 Semi-truck trailer used as campaign sign, positioned on the side of Lewisburg Pike (U.S. 431).

The illegal signage for the Todd Warner (R-Chapel Hill) re-election campaign has reappeared in a new location since being removed from its previous location at the behest of Thompson’s Station Planning and Zoning Department.

What appears to be the same semi-truck trailer (pictured) now sits in an easily visible driveway on Lewisburg Pike near the entryway to the FirstBank Amphitheater with prime position to be seen by motorists coming from either direction. The driveway is incorporated into the private property on which a residence sits, and the home thereon is the only difference from the last locale at which the trailer was seen — also private property.

City Planning for Thompson’s Station — in which both properties are situated — has submitted yet another Notice of Violation letter to Town Attorney Andrew Mills of Reynolds, Potter, Ragan & Vandiport PLC., a law firm based in Dickson. Upon review, the notice will soon be mailed to the property owners, explaining the nature of the violation and the requirement that the trailer be removed from the property.

“We’ve started the notice of violation process for the property on Lewisburg under the same process as the last [notice],” said Micah Wood, Thompson’s Station Planning Director. “The signage on the trailer is within a D1 zone, which only permits temporary signage to be a maximum of 20 square feet.”

The Thompson’s Station Zoning and Planning concluded last month that the trailer constituted too large a sign and, therefore, violated a land development ordinance in which signage rules for the zone it was in allowed a maximum of 48 square feet for the type of sign in question, which the trailer exceeds.

Owners of the last property on which the trailer sat — positioned on Columbia Pike just south of Interstate 840 — were slow to remove it, but Mills confirmed only those owners as being responsible for the sign, which could have been arranged independent of the campaign or its resources. He and Wood also confirmed at that time that town officials had not spoken with Todd Warner campaign representatives about the issue. Its appearance elsewhere now suggests that the campaign may be cashing in favors with supporters in Thompson’s Station to display the sign.

The Home Page independently verified with sources familiar with the violation, however, that Warner visited Town Hall in the aftermath of the first letter being issued to the owners of the Columbia Pike property and that he met with officials about the signage violation. Now, a violation almost identical to that which was explained to him is to be addressed in like manner a second time.

The repeat offenses constitute a pattern of disregard for political campaign regulations in tandem with Warner’s continued, controversial affiliation with Dixieland Strategies and preexisting involvement in the FBI’s 2021 investigation efforts as a target alongside former Rep. Glen Casada, his chief of staff Cade Cothren and former Rep. Robin Smith.