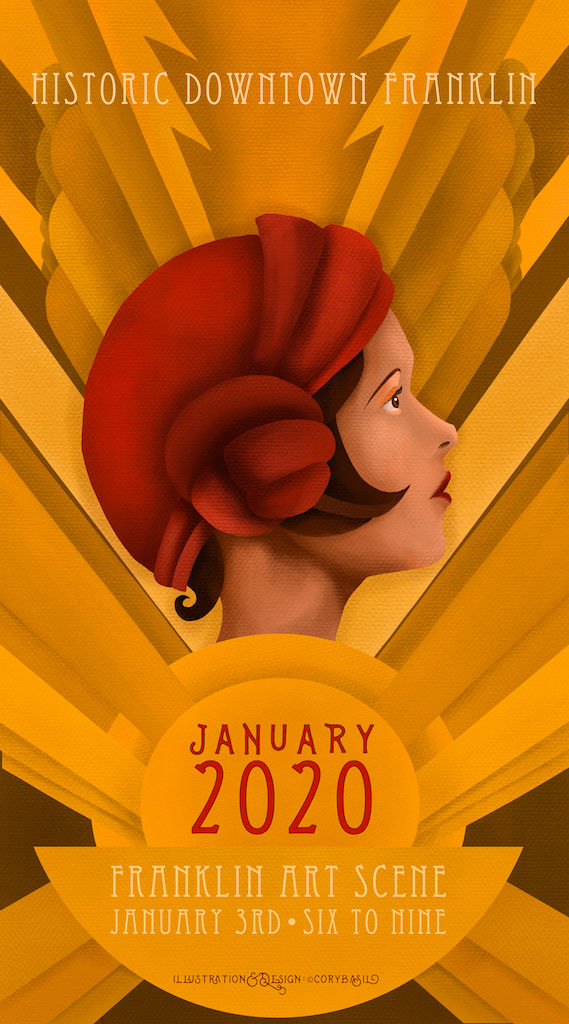 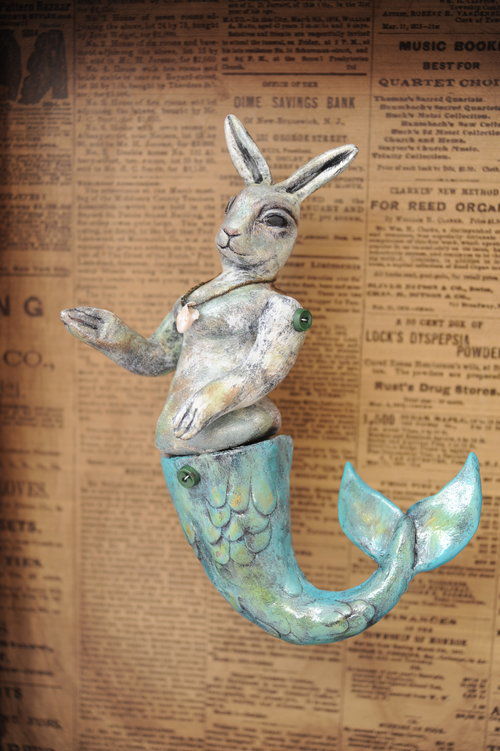 Whenever Franklin artist Alexis Colbert meanders in her head while working on a piece, that piece will more times than not become a bunny.

Whether it’s a sculpture, a painting or a puppet, Colbert’s “mindless” artwork usually has features that include long ears, a button nose and a cottontail. Bunnies are in her DNA, it appears.

“I love animals, but I’m kind of obsessed with bunnies,” said Colbert, who will be showing her works at the Williamson County Archives building during January’s Franklin Art Scene Friday night. “If I just sit there and sculpt without really thinking about it, it will always end up being a bunny. A lot of the times the bunny will have wings or a horn.”

Playing on the phrase “when pigs fly,” Colbert has even titled her series of artwork “When Bunnies Fly.”

To be sure, Colbert’s portfolio is filled with flying bunnies and other whimsical pieces. Check out her website and you’ll find all manner of what she calls art and oddities, from a mounted flamingo head to the “Amazing Giraffe Boy,” from a two-headed boy to a “Day of the Dead Clown.”

Colbert said her work comes from her bent for storytelling, a knack she has had since childhood, and her current interest in collecting vintage children’s books.

“I love the illustrations,” she said.

Colbert has been creating art professionally since around 2007, not long after she had had a chance to paint regularly while raising her young son. She at one time thought she wanted to be a professor, having received a B.A. in Communication and an M.A. in Theology, but she began showing her pieces at art shows in her native Florida and became inspired otherwise.

“Once I started showing my work and got a response from people, I realized that that was what I wanted to do,” said Colbert, who has recently earned two awards from the Tennessee Crafts Fair as well as one from Oz Nashville. “I think it’s difficult to make a living as an artist, but doing art wasn’t about making a living; it was about being able to be keep creating and getting better and showing my work."

“I am philosophical, but I feel like my art is just very fantasy-based and it doesn’t necessarily have a lot to do with any kind of philosophy,” she added. “It’s just fun and magical to look at.”

Friday’s Art Scene runs from 6-9 p.m. in downtown Franklin, with artists displaying their works at more than a dozen sites. It will also feature the return of the Passport Program.

The Passport Program invites guests to grab a passport at any of the sites and have it stamped along the way while touring the scene. Visitors with eight or more site visit stamps will be entered in a drawing for a $100 gift card to the Red Pony restaurant and two movie tickets to the Franklin Theatre.

In addition to Colbert, featured artists include: