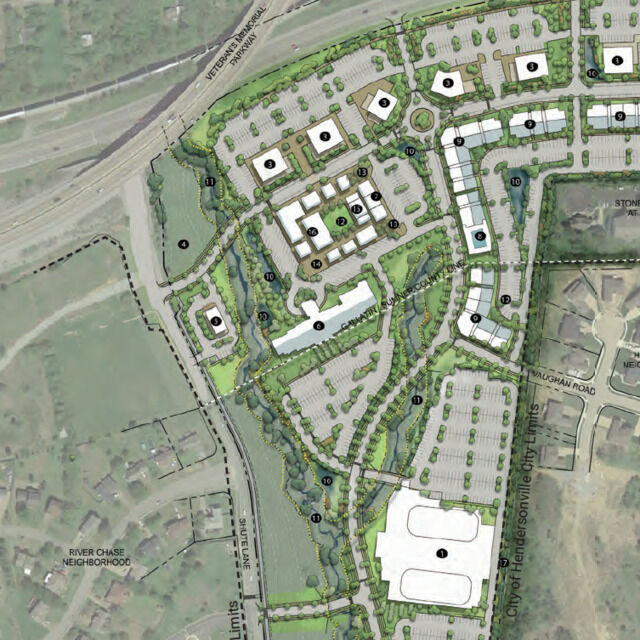 The proposed hockey is in the bottom right corner, a few hundred yards south of Nashville Pike on Gallatin's western edge. 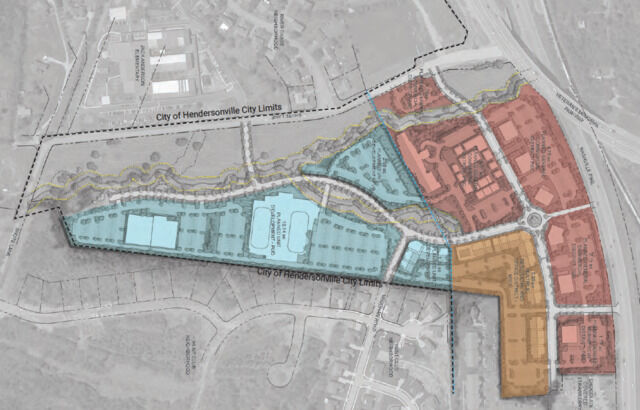 The proposed hockey is in the bottom right corner, a few hundred yards south of Nashville Pike on Gallatin's western edge.

Gallatin planning officials will on Monday evening consider plans for a two-rink hockey facility on the city’s border with Hendersonville.

If approved, the proposed Sumner County Ice Center at The Goat Farm would rise east of Shute Lane just southeast of the East Main Street/Nashville Pike exit off Vietnam Veterans Parkway. The center — plans for which were first noted by Maren Angus of Broadway Sports — would have seating for more than 1,800 spectators and include weight and training rooms, bar and restaurant areas and for-rent event spaces, among other things.

As designed, the building (being proposed with the Nashville Predators as a partner) would comprise nearly 96,000 square of space and anchor a broader master-planned project extending north to Nashville Pike.

Stratos Development and MC2 Group are working with Lose Design to overhaul about 54 acres with the ice rinks (pictured bottom right in the image at left), a 120-room hotel, 130 residential units and 96,000 square feet of retail, restaurant and recreation space. Their Goat Farm proposal includes a number of new roads and ask for several exceptions to Gallatin’s zoning rules.

Conversations about a Sumner County hockey facility go back to the spring of 2017 — shortly after Preds executives and Metro officials agreed to build what is now Ford Ice Center Bellevue. Since then, the team also has signed on to be a partner on a similar project in Clarksville.

If the Sumner facility plans are approved, the region’s network of hockey venues would have one big notable hole remaining: Franklin city planners last month rejected local firm Warhorse Venture Partners’ plan to build a 100,000-square-foot rink and an adjoining 60,000-square-foot field house on Long Lane near the Ag Expo Center near Interstate 65.